Rick Rubin is no stranger to musical collaborations, but the super producer’s new project has him teaming up with a classic Cali brand that’s known more for shoes than song.

Rubin unveiled a new capsule collaboration with Sanuk shoes this week, that re-imagines the footwear brand’s classic slip-on sandal. The “AUM Collection” (more on the name in a sec) features two versions of Sanuk’s “Sidewalk Surfer” silhouette, with prints and colors inspired by Rubin’s laidback style. The limited-edition shoe is dubbed the “Vagabond,” and features a striped blanket design on one pair and a plain, earth-tone colorway on the other. Sanuk says “Both the materials and colors are reminiscent of Rubin’s’s zen-like, spiritual persona.”

This collection with Rubin is branded with a stylized mark pronounced as “AUM,” though it seems as though even Sanuk is unclear as to what that word represents. “During the inspiration phase of this project, Rick shared his feelings around the idea of AUM, which we understood to be the frequency at which our dear friend Rick Rubin thrives,” posits Sanuk’s marketing director, Seth Pulford. “[It’s] a frequency that transcends space, time and sound. This frequency and connectivity is what originally lead Rick to wear Sanuk in the beginning.”

Comfort and sustainability were important to Rubin, who insisted that the shoe be vegan-friendly (the producer was vegan for more than 20 years before re-introducing meat to his diet a decade ago). The Sanuk “Vagabonds” are made from cotton, recycled “PLUSfoam” midsoles and faux crepe rubber outsoles. 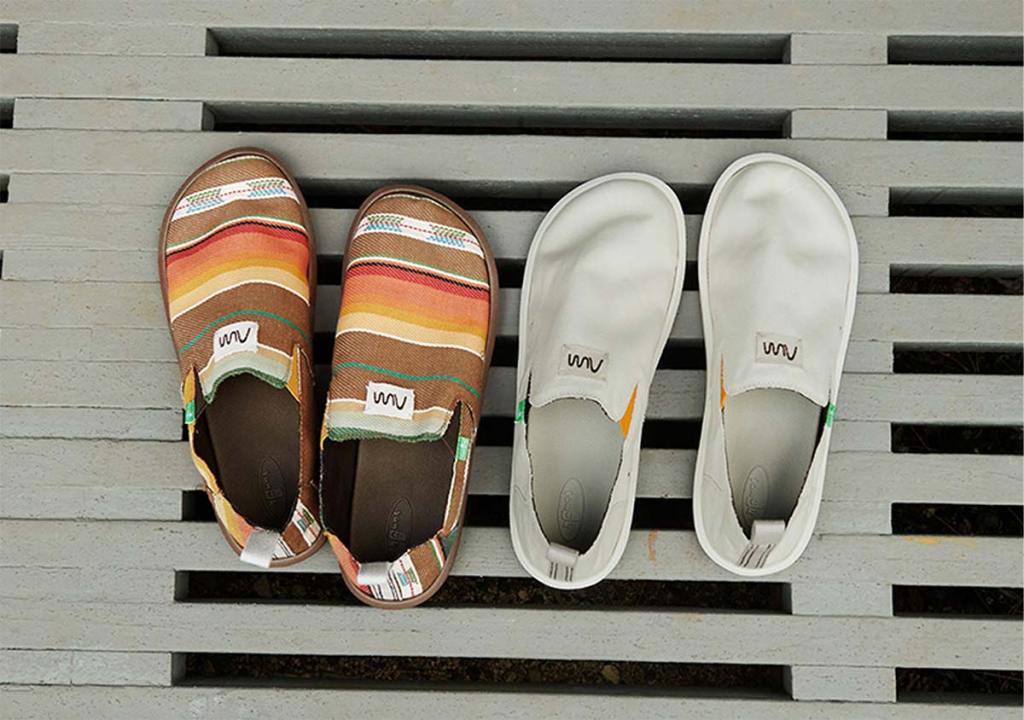 Known for his often unceremonious way of dressing, Rubin says he has worn Sanuk shoes almost exclusively for over a decade. The producer spent more than three years working with the brand’s footwear designer Casius Arno to bring the shoe to life. The idea, Rubin explains, was to find a pair of shoes that would let you move and breathe freely, as if you were barefoot.

“I believe those that are in tune with nature tend to be the most consistent over time,” he says. “The reason I initially started wearing Sanuk, in addition to the fact that they were comfortable, is because I was always looking for shoes that allowed me the most flexibility. I wanted to be able to move my toes when the shoes were on and feel the same bendability I’d feel as if I was barefoot. I feel with AUM,” he continues, “[that] we have created something that accomplishes that.”

This limited-edition shoe collection is available now on Sanuk.com. Sizes range from 6-14 and the shoes retail for $70 a pair.