Levi’s, I chose you! Levi’s is celebrating the 25th anniversary of the Pokémon franchise with a new apparel collection inspired by the first season of the iconic animated series.

The officially-licensed Levi’s x Pokemon collaboration features eye-catching nineties-inspired styles that range from $20.00 to $148.00. There’s something for every fan in the collection, from accessories like the infamous red and white Trucker hat worn by Ash Ketchum, to more intricately embellished items like the 551Z Authentic Straight Jeans featuring an oversized embroidered Pikachu and lightning bolt patches. Styles are also available for kids, if you want to get something for the next line of Trainers in your life. 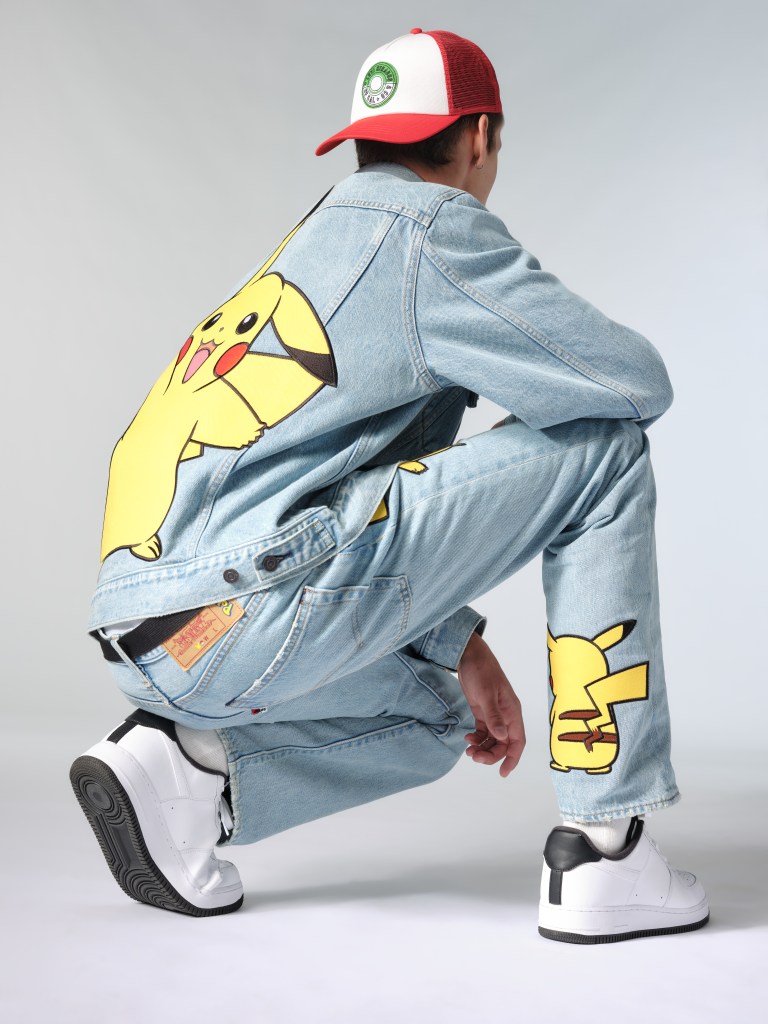 Several T-shirts and jeans also feature beloved characters Ash, Misty, and Pikachu as well as other classic first-generation Pokémon. One notable piece, the matching floral trucker jacket and jeans, is one of the bolder, artsy clothing options, showing off a print of various Pokémon in a garden landscape. But for fans who want to be a little more low-key in repping their love for the series, there’s a tank top and shorts combo inspired by Misty that’s closer to casual cosplay. Levi’s is also offering customizable laser-etched Pokémon patterns for jeans and certain t-shirts, so you can go for a personalized approach.

Working with Levi’s is just one of the many ways the Pokémon Company is ringing in their 25th anniversary, which also includes a virtual concert with Post Malone, and a series of highly sought-after McDonald’s anniversary cards.

The Levi’s x Pokemon collection officially launched on February 15th in Levi’s stores, on the Levi’s App, and on Levis.com.