It’s been 25 years since we got one of rock and roll’s best album covers on Oasis’ Be Here Now. To celebrate the album’s quarter-century birthday, Sonic Editions has unearthed never-before-seen images from the Be Here Now cover photo shoot, and released the photos as limited-edition wall art.

Available for purchase at SonicEditions.com, the Oasis Be Here Now anniversary collection delivers behind-the-scenes images from the cover photo shoot, as well as three alternative cover images. These alternative album covers include a night shot of the trashed mansion pool scene, a black-and-white alternate, and a color shot. In behind-the-scenes photos, band members can be seen drinking and working on the next shot.

Shop the full Sonic Editions Be Here Now collection at SonicEditions.com, where prints start at $139. When purchasing from Sonic Editions, you can choose between a black frame, a white frame, or just a print mount to put in your own frame. 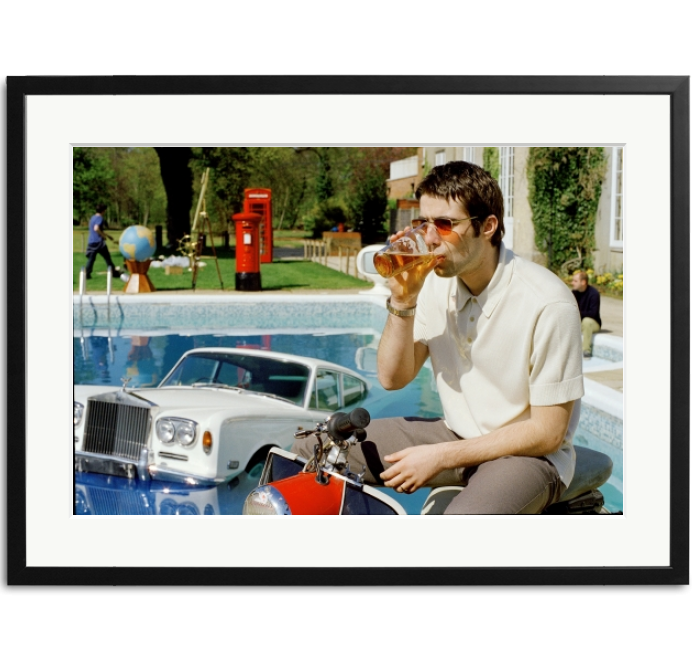 The Oasis Be Here Now anniversary collection photos all come courtesy of photographer Michael Spencer Jones, who shot the legendary album cover back in 1997. “The cover to Be Here Now was originally going to be a night shoot. Taking shots during the day was a backup plan, it was a long shoot,” Spencer Jones tells Rolling Stone. “The daytime session went well, but come evening time everything just descended into absolute chaos,” he says. “By 8 p.m., everyone was in the bar, there were school kids all over the set, and the lighting crew couldn’t start the generator. It was Alice in Wonderland meets Apocalypse Now.”

For the anniversary collection, Spencer Jones went back to the negatives from the 1997 photo shoot. “It’s great to revisit some of the shots and especially the nighttime version which I have restored for the 25th anniversary,” he says.

25 years later, the most memorable element of the Be Here Now cover is, of course, the sunken Rolls Royce in the swimming pool. This piece of the album cover was inspired by Keith Moon’s tale of sinking a Lincoln Continental in a swimming pool, which he told to Rolling Stone in 1972. 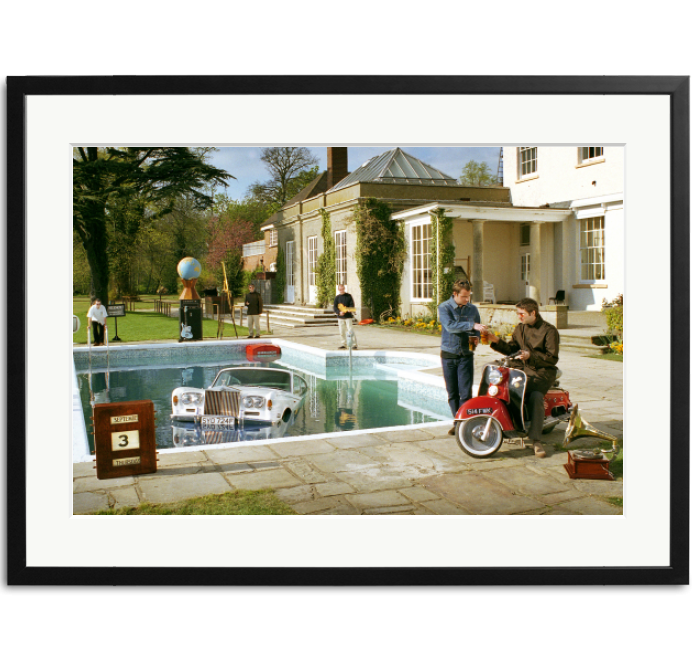 “Whether or not Keith Moon drove a Rolls Royce, a Lincoln Continental, a Chrysler Wimbledon, or indeed any other car for that matter into a swimming pool and whether or not the pool had water in it at the time does not really matter,” says Spencer Jones. “The point is that whatever the scenario, it was a lavish statement of rock and roll excess, and was therefore a great basis for an album cover.”

Besides the Sonic Editions Be Here Now collection, Oasis fans can also celebrate the seminal album through this limited-edition two-record vinyl package, released in celebration of the album’s anniversary. This silver-colored vinyl edition is releasing on August 19, and can be pre-ordered on Amazon here for $39.98. 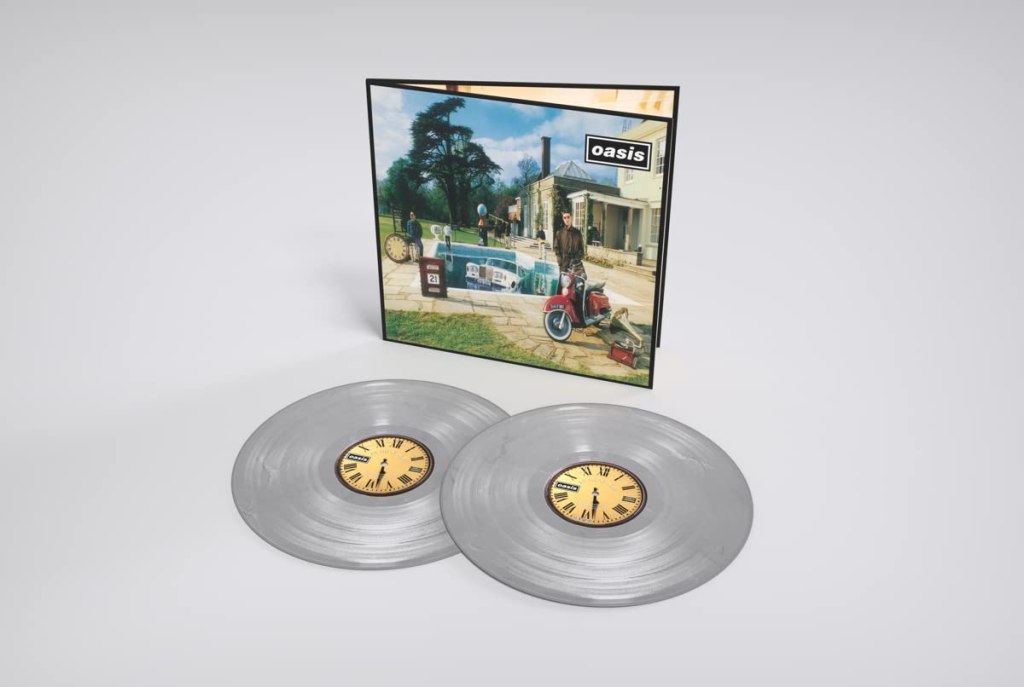