Nick Jonas has access to all the fanciest parties around the world, but the singer says his favorite “event” to attend days is a casual game night at home.

The desire to spend more with family and friends is the inspiration behind his new partnership with LINKEE, a shout-it-out trivia game that Jonas is helping to bring to the U.S. The singer first talked up the original British version of the game while he was a judge on The Voice, after having heard about it from a very famous friend.

“It’s kind of a wild story and it sounds like a major name drop so I apologize in advance,” the singer tells Rolling Stone, by way of introduction. “My wife and I were on vacation and one of her friends invited us over for a game night at their house. And that friend was Mick Jagger. And he was playing LINKEE with a bunch of his friends and we played together and had a great night.”

“You know, it’s a story I like telling,” Jonas says with a chuckle, “because I just feel as cool as one could feel.”

From one celebrity endorsement to the next, Jonas has now jumped on board with Big Potato Games to create a special “Nick Jonas Edition” of LINKEE for the U.S. The newly-released version includes questions that Jonas helped to create, in addition to lending his mug to the bright green box.

The game is simple to play: decipher the common link between the answer to four questions, then be the first to yell it out (I.e. if the answers are “roar,” “fireworks,” “sharks” and “daisies,” the “link” is Katy Perry). Get the link right and win that card. Each card has a letter on the back to help you spell L-I-N-K-E-E. The first one to spell it out wins. “Once you play, you’re hooked,” Jonas says. 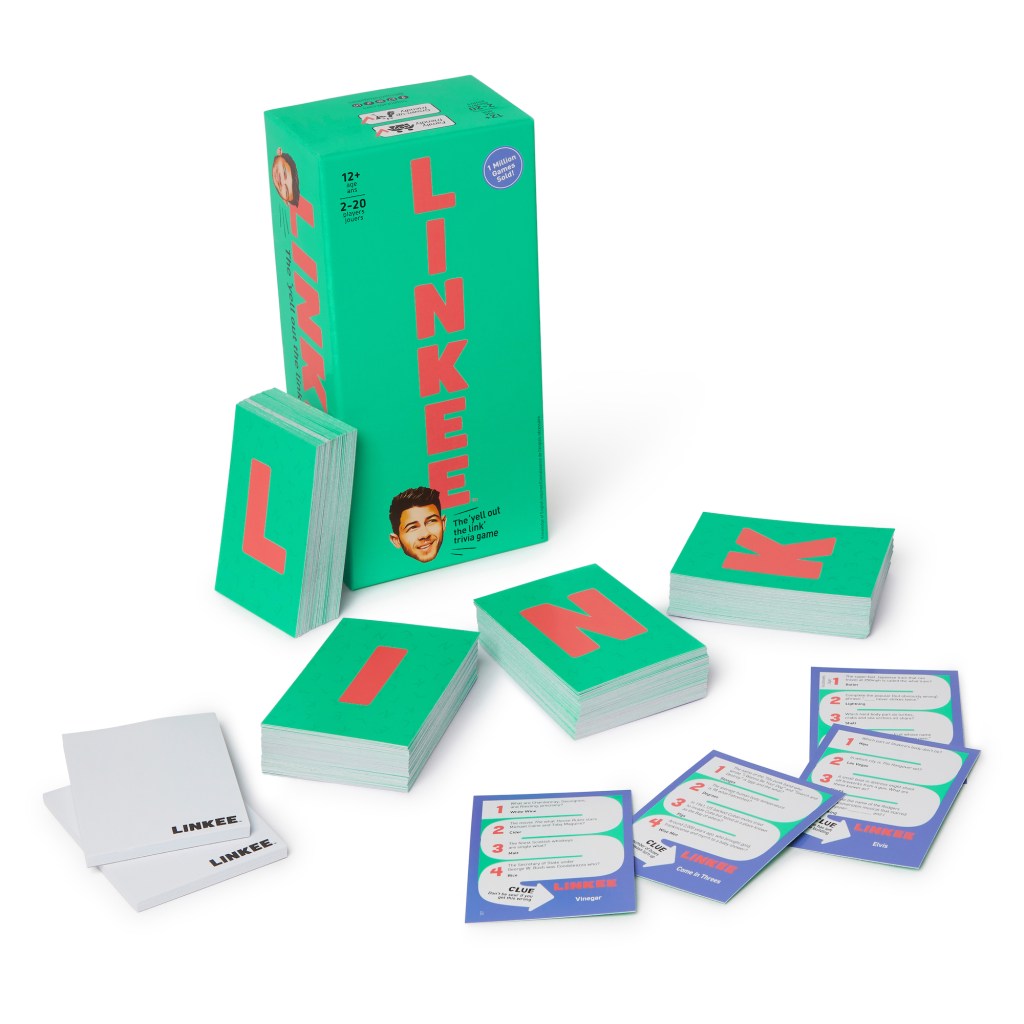 Though he has a newborn daughter at home (with wife Priyanka Chopra) and a new competition series on TV (Dancing With Myself, streaming on Peacock), Jonas says he’s always made time for game nights, as a way to destress from his busy career and re-connect with friends.

“We have a great friend group out here in LA that all love to play games,” he reveals, about how he and Chopra like to spend their downtime. “And that was one of the things about lockdown in general,” he continues: “whether it was on Zoom, or once things opened up with a tight-knit group of friends, a good game night was the perfect way to spend time reconnecting with people and to make things feel a little less crazy.”

The new card game collab is the just the latest in a string of entrepreneurial endeavors for Jonas, who teamed up with his brothers earlier this year to launch Rob’s Backstage Popcorn, inspired by his favorite on-the-road snack. Jonas says it’s all about sharing things that he enjoys in his life with the fans.

“As an entertainer and as a creator, I’m always trying to do things that create great experiences, whether it’s a concert, a movie, a game launch, or even something like our popcorn brand,” he says. “To be able to introduce this game that I love to so many people and hopefully create some great memories for them, is a dream.”

The Jonas Brothers just came off a string of shows in Las Vegas, and Nick says the group is already talking about going back. “We had an amazing time playing the shows but it was limited to just five dates, so we’ve talked a lot about going back and doing some more,” he reveals. 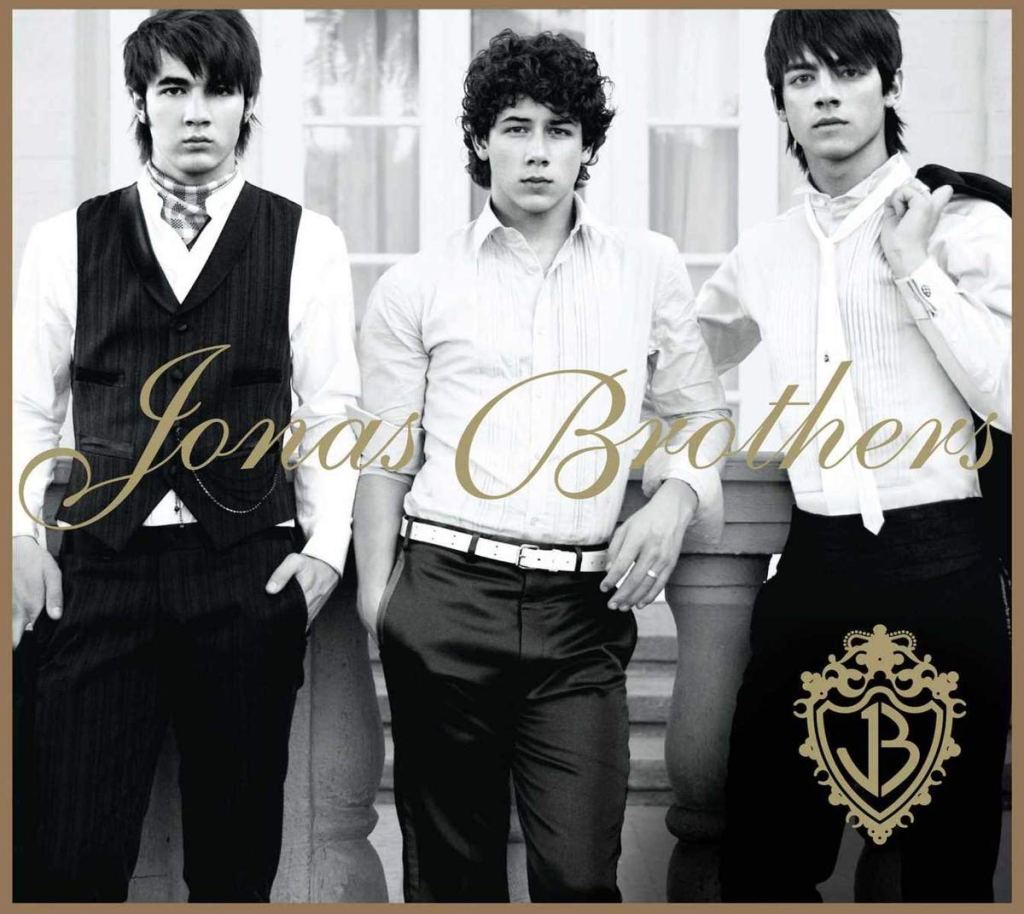 This month also marks the 15th anniversary of the Jonas Brothers’ seminal self-titled album, which was released in August 2007. With hits like “Year 3000” and “S.O.S.,” the album continues to be a fan favorite, and Jonas says he has fond memories of it as well. “It feels like it was just yesterday, and then it feels like a lifetime ago,” he admits. “It’s amazing to look back and see how much time has passed and also how passionate the fans still are, and how much love and support they continue to give us.”

“That actually is what’s been the coolest factor,” he continues, “how we’ve seen in the last couple of years, the fanbase really grow and kind of touch a bunch of different audiences that we never imagined would come to shows and things like that. It’s been something really special,” Jonas says, “and I’m excited to celebrate.”