The 2022 Formula 1 season is well underway, with both Ferrari and Red Bull dominating the scene. If you’re a major F1 fan or have just binged the latest season of Formula 1: Drive to Survive, you’re probably wondering what’s the easiest way to watch the next Grand Prix live. Well, you’re in luck. The next Grand Prix is taking place this weekend in Miami on May 8 and there’s still a way to snag a few last-minute tickets if you’re interested in attending.

We’ve listed the best sites to buy last-minute tickets to the Miami Grand Prix below — with ways to watch Miami F1 online too if you’re looking to live stream the race at home.

Race week is officially here and the Miami Grand Prix is set to take place on Sunday, May 8, with the race time set for 3:30 p.m ET. The race takes place at the Miami International Autodrome and the entire circuit clocks in at around 3.4 miles. Qualifying will take place Saturday, May 7, so make sure to grab tickets for the entire weekend if you’re interested in attending both.

Where Can You Buy Tickets for the Miami Grand Prix 2022?

We recommend buying tickets from either Vivid Seats or Ticketmaster, although Vivid Seats may have better pricing thanks to re-sellers looking to unload their passes.

That said, both sites have a variety of tickets available, depending on your budget and what area of the circuit you’d like to be at. You can also pick general admission tickets without an assigned seat if you’re looking to save a few bucks. We recommend getting a grandstand ticket though, so you’ve got an assigned seat and can watch the race at your leisure.

Three-day tickets are available at Vivid Seats as well, allowing you to attend all three practices, the qualifying, as well as the main race on Sunday.

You can also buy tickets for each individual day as well — especially if you’d just like to attend the Miami Grand Prix on Sunday, May 8.

How to Watch the Miami Grand Prix Online

If you’re wondering how to watch F1 online, tune into either ESPN or ESPN 2. For those of you looking for a Miami Grand Prix live stream, you’ll either need a subscription to F1 TV (starting at $9.99 a month) — which lets you live stream every GP as well as access driver cams and radios — or get ESPN access through Sling, fuboTV or Hulu + Live TV.

Your fuboTV trial gets you access to ESPN to live stream the Miami F1 race online free. A fuboTV subscription also lets you stream the Miami Grand Prix race on your phone, computer, TV or tablet.

According to 2009 Formula 1 World Champ Jenson Button, the first-ever F1 race in Miami is shaping up to be a competitive one. “Formula One is massive at the moment and this is going to be a very special race,” he tells Rolling Stone.

Button, who’s currently the brand ambassador for Williams Racing (the team he first drove for in 2000), says he’s excited by his team’s prospects in Miami. “I’m obviously going to support our guys and it’s lovely to see that progress this year with the car, and the aim for them is obviously to be scoring points at the front,” he says.

When it comes to the Miami F1 contenders though, Button says it’s a two-team (and two-man) race: “The Ferrari team’s been very competitive all year especially Charles Leclerc. We saw him make a mistake for the first time in Imola but the car is really strong,” Button says. “He’s leading the championship by a big margin, so I think it’s going to be between him and Max [Verstappen]. The fight between those two is great.”

As for other drivers to watch, Button — who’s an F1 commentator for the UK’s Sky Sports — says not to count out Carlos Sainz Jr., who also drives for Ferrari. “He’s had a tough couple of races with his teammates in the championship [but] he’s looking to score points,” Button says. “He needs a good result,” the racing star continues. “Otherwise he will become number two at Ferrari.”

“Danny Ric also needs a good weekend,” Button says, of McLaren star Daniel Ricciardo. “He’s been doing better this year but he’s still behind his teammate Lando [Norris],” Button continues, “so he’ll want to get one over Lando. He loves America too, so this is the perfect race for him to outscore his teammate.”

As for seven-time World Champ Lewis Hamilton, Button says his struggles this year have been more of a mental block than anything. “For Lewis, it’s been trickier for him so far, so he needs a good result, I think, for him mentally,” Button explains. “For him in the sport, he doesn’t need a good result, but he needs, I think, to get his head around this car.”

The collection includes T-shirts, bucket hats, jerseys, tote bags and a “Box Box” trucker cap (after the phrase that crew members use when they want a driver to make a pit stop). Pricing for the pieces start at $38. 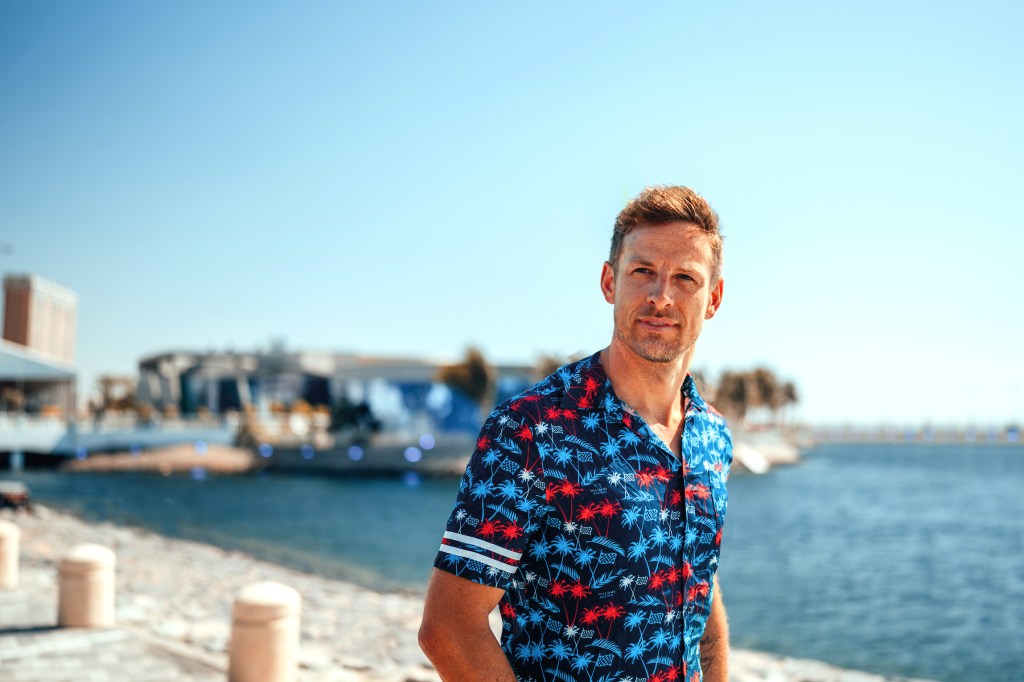 Pricing for the capsule start at $54 for a pair of Rhude-branded socks. The collaboration is timed to the Miami Grand Prix and pieces will be available both at The Webster’s retail storefront in the city and online at thewebster.us. 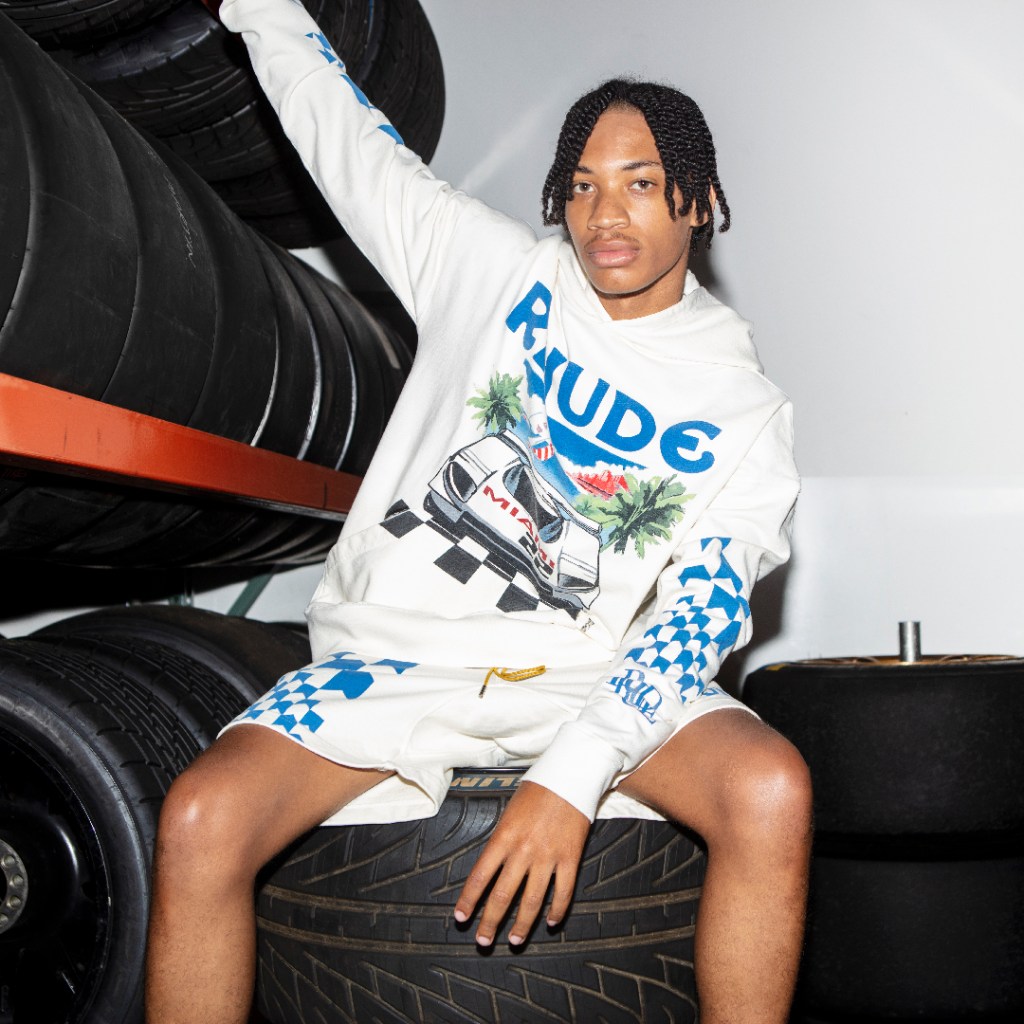 The official F1 store also has a ton of Miami Grand Prix merch available to buy online. We recommend this Oracle Red Bull racing tee which is officially licensed and a close replica of the team’s official uniform. 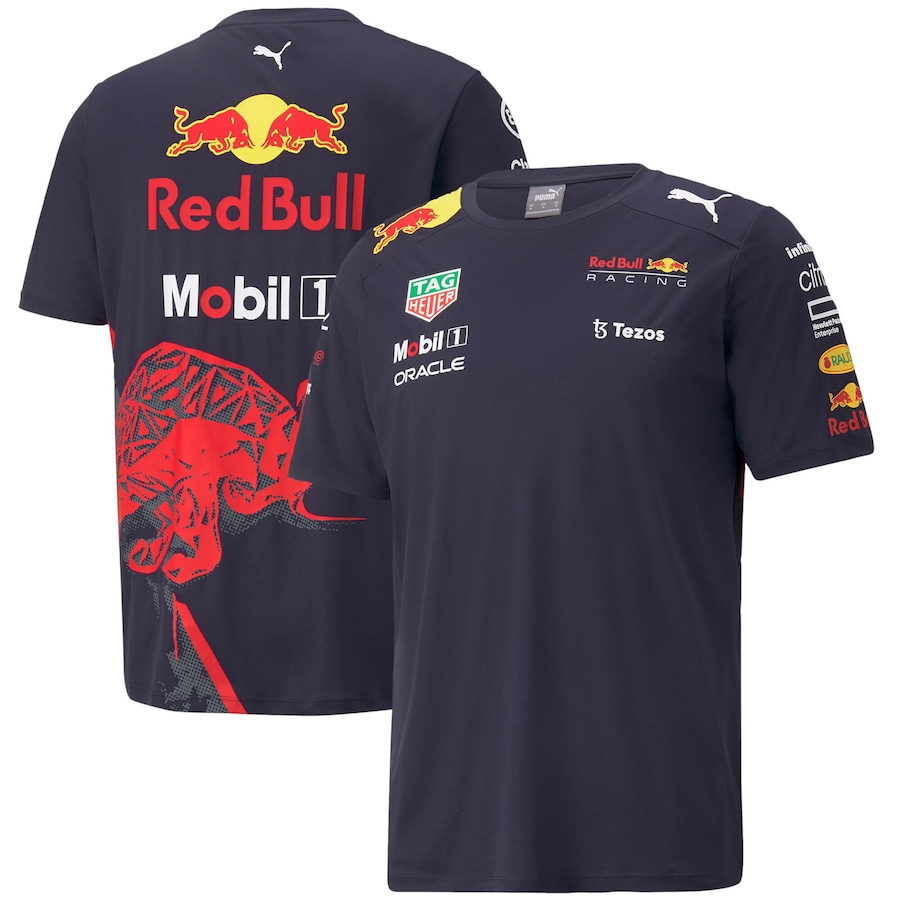 Not your team? Check out this Scuderia Ferrari Puma jacket instead, which is sleek, comfy and can easily be worn on non-race days as well. 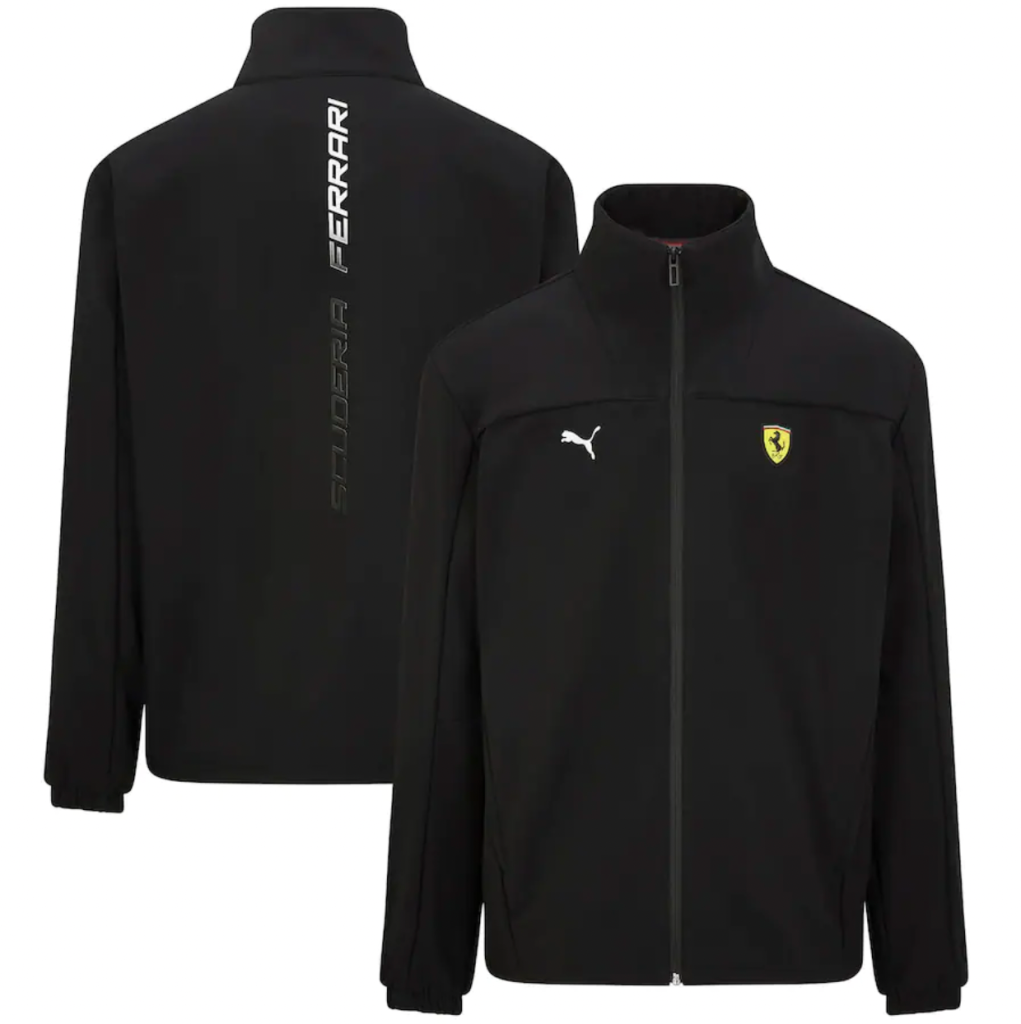 Looking for more options? Check out our full story on the best Formula 1 merch available right now and get ready for the Miami Grand Prix next week.