Metallica have unveiled the latest expression in their BLACKENED American Whiskey line, dubbed “Rye the Lightning.”

The new Kentucky straight rye whiskey is a play on words, inspired by Metallica’s sophomore album, Ride the Lightning. The new expression is finished in Madeira and rum casks, and undergoes the same “Black Noise” sonic-enhancement process (where the barrels are pummeled by low hertz frequencies of Metallica’s music) as other offerings in the Metallica and BLACKENED portfolio. 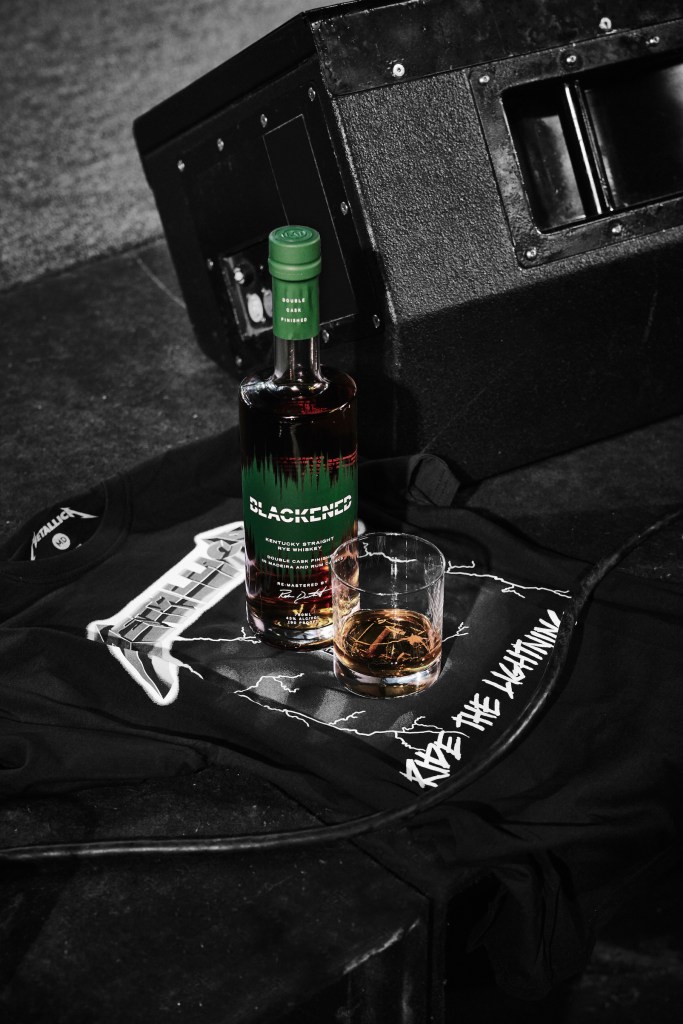 According to BLACKENED Master Distiller and Blender, Rob Dietrich, Metallica’s Rye the Lightning expression is crafted from Kentucky straight rye whiskeys aged between 5-8 years and then finished in Madeira wine and Caribbean rum casks for 2-14 weeks each. Per the accompanying tasting notes, “the double cask finishing results in notes of dried fig, hay, pinewood, pear, and rum cake on the nose,” along with “clover honey, mint, corn husk, sugar cane, walnut, and cinnamon” on the palate.

Similar to the other whiskeys in the Metallica and BLACKENED collection, the rum cask barrels are placed in a room with Metallica’s music blasting through special speakers. According to the brand, “the sound waves visibly shake the finishing barrels, causing greater interaction between the whiskey and the wood [and] thereby extracting more flavors and colors.”

True to the name of the new release, the album playing during this “sonic-enhancement” process: Ride the Lightning.

Dietrich and Metallica bassist Robert Trujillo worked to perfect the “Rye the Lightning” playlist, eschewing the mastered album in favor of a playlist consisting solely of the Ride the Lightning portion of Metallica’s June 2012 Orion Music + More festival setlist — the only time the band has ever played the album live in its entirety (albeit in reverse track order from the original album).

“The vibe from the crowd at the first Orion Music + More Festival was electrifying,” Trujillo says, “and it’s really cool that we get to capture that energy in this release. We’ve used a few live songs in our playlists before, but never a full live playlist. So to be able to incorporate our fans in the BLACKENED journey and have them be a part of the whiskey-making process is really unique, and makes this a true collaboration.”

The ten-song playlist includes the title track, along with the hit singles “Fade to Black” and “For Whom the Bell Tolls.” It also includes the then-live debut of “Escape,” before ending with “Fight Fire with Fire.” Fans can download a digital version of the playlist by scanning a QR code found on the new bottle’s packaging.

Metallica’s Rye the Lightning Kentucky Straight Rye Whiskey is the latest spirits release from the brand, and follows the continued success of the original BLACKENED American Whiskey bottle. That bottle (available below), is a whiskey collaboration from Master Distiller Dave Pickerell and Metallica, and features a blend of aged bourbons and ryes that are finished in black brandy casks and then “exposed” to the music of Metallica. 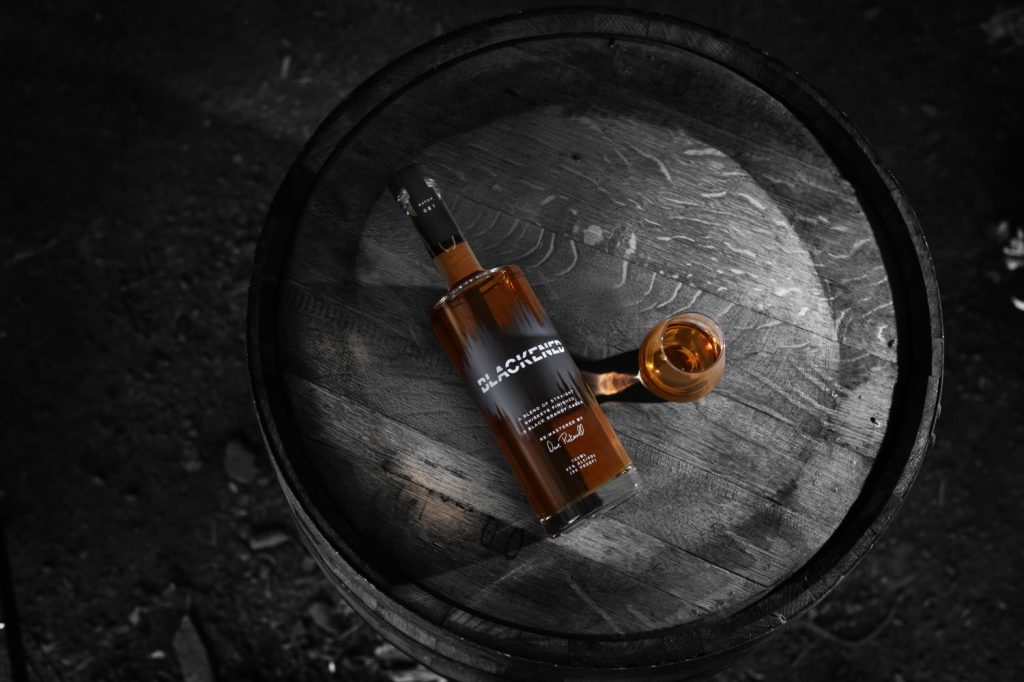 The original Metallica BLACKENED Whiskey release took home the Gold Medal at the San Francisco World Spirits Competition in 2020. It is available for $44 right now on ReserveBar.com and ships directly to your door.