Mariah Carey is dipping her toes into the alcohol space with the launch of “Black Irish,” a new line of flavored Irish liqueurs designed for sipping or mixing as the perfect after dinner — or after party — drink.

Carey unveiled the brand in a sultry Instagram photo Monday, which features the singer sprawled out in the sand in a glittery gold gown while posing with a bottle of the new spirit in front of her. “Two years in the making,” Carey captioned the pic, along with her signature butterfly emoji.

Available in stores and online now, the cream liqueur toasts to the singer’s love of a “festive” moment, while paying tribute to Carey’s mixed heritage – the singer was born to a Black-Venezuelan father and an Irish mother, hence the “Black Irish” label.

The accompanying tag line for the brand reads “a cause for celebration,” taking a lyric out of Carey’s party-starting hit, “It’s Like That” (off 2005’s, The Emancipation of Mimi).

Big Sound on a Low Budget: These Are the Best Wireless Headphones Under $100 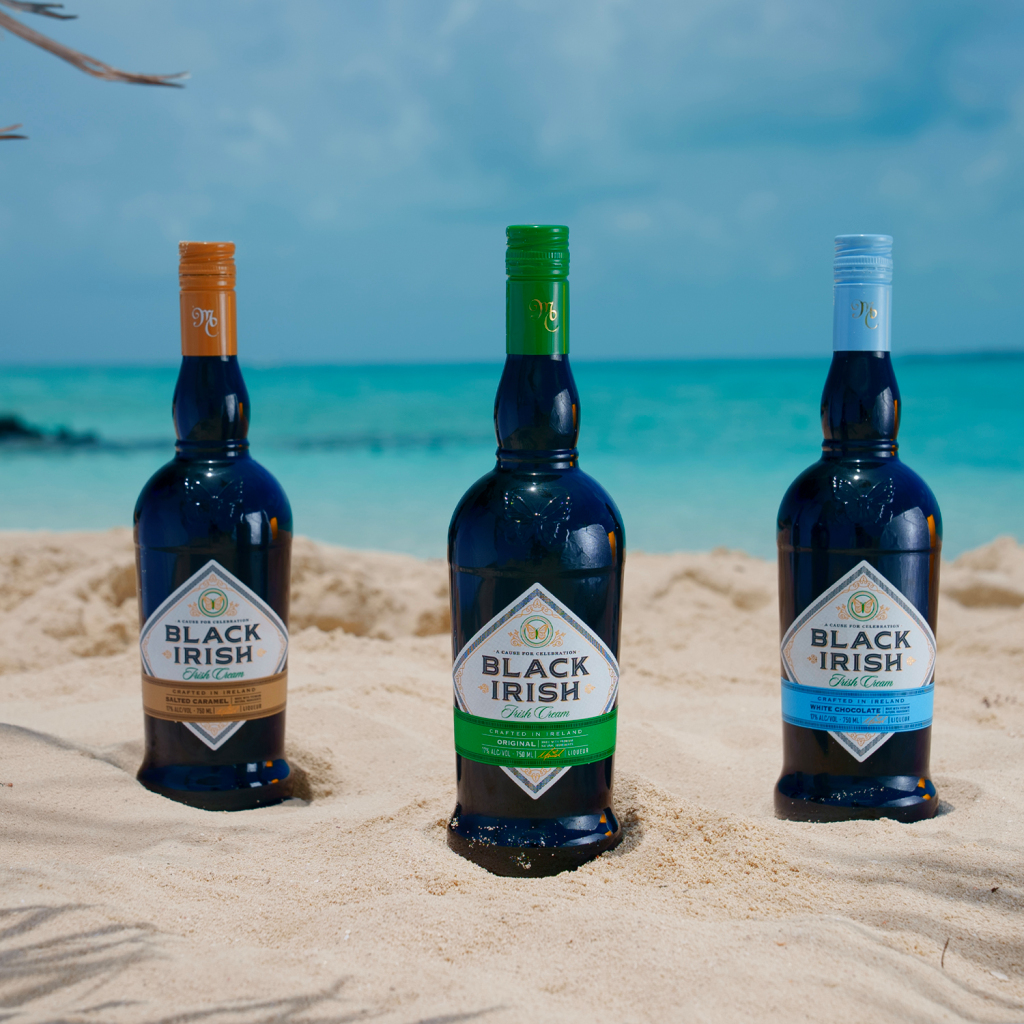 While Carey has been known to request a “splash” of champagne at her concerts (full disclosure: she also once poured white wine into my cup as I sat front row at one of her residencies in Vegas), it seems her tastes have expanded to include a classic Irish Cream as well. Black Irish is launching with three flavors: Original, White Chocolate and Salted Caramel.

Per the brand’s website, the original blend features aromas of freshly-roasted coffee, chocolate, and rich spices, while the flavored white chocolate and salted caramel blends are sweeter and creamier. All three are ideal for sipping after a meal, spiking a dessert or mixing into a cocktail or coffee. Each 750 ml bottle has an ABV of 17%.

The accompanying bottles are sure to become collectible display pieces for fans of the singer (and bar cart #Shelfie fans) as well. Each bottle is adorned with Carey’s signature flourishes: an embossed butterfly on the label and raised butterfly branding on the shoulder of the bottle; her MC initials on the bottle neck; and the singer’s autograph — in gold, natch — set against a wrap-around band.

Black Irish comes almost a year after Carey released her long-awaited memoir, The Meaning of Mariah Carey. The singer and songwriter writes at length in the book about her experiences growing up biracial, and learning to understand — and eventually appreciate —  all “the shades and the shapes of us.” The new liqueur brand appears to be a continuation of Carey’s journey of self-discovery and the powerful re-claiming of her narrative.

Mariah Carey’s Black Irish is available to buy online now at TotalWine.com. As for the book, The Meaning of Mariah Carey debuted at Number One on the New York Times Bestsellers list when it was released last September and has spawned a paperback version, which is due out later this fall.