Lil Yachty is sharing off his love for the luxe life as part of a new eBay series called, “Old School Meets New School.” Launching today on eBay’s social media pages, the series kicks off with a conversation between the flashy rapper and style legend Iris Apfel. The two get together for a chat about clothing, watches and crafting a signature look — whether through beaded braids or oversized glasses.

Yachty, whose personal style captures a young generation’s love for streetwear, vintage finds and non-binary grooming, tells Rolling Stone that he was excited to hear from Apfel in the discussion: “I’m always interested to speak to past generations of people, influential people,” he says. “I wish I could have spoken to Robin Williams [too],” he adds, about a surprising fashion influence. “I’m so interested in his style.”

One of the duo’s talking points is their shared passion for watches. A few years ago, Apfel — who is famous for over-the-top jewelry and collection of glasses — partnered with Tag Heuer. Yachty, meantime, has built an impressive watch collection over the years. Although he doesn’t know exactly how many timepieces he owns, Yachty does have a favorite; “My favorite watch is my skeleton Patek because I haven’t seen anybody with it,” he boasts. The ultra-rare Patek Philippe is valued around $100,000.

Although best known for pioneering a new hip-hop subgenre alongside the likes of Lil Uzi Vert, Lil Pump and Young Thug, Yachty’s style has always been one of his powers. “[Fashion] was just a part of me,” says the 24-year-old. “I’ve always had a love for clothes so I just do what I like to do.”

Even as Yachty’s fame (and wardrobe) has grown, he still maintains an effortless attitude towards getting dressed: “It just depends how I’m feeling,” he says. “Today I’m feeling f-cking lazy, you know, so I’m in f-cking sweats cuz I really don’t give a f-ck.” 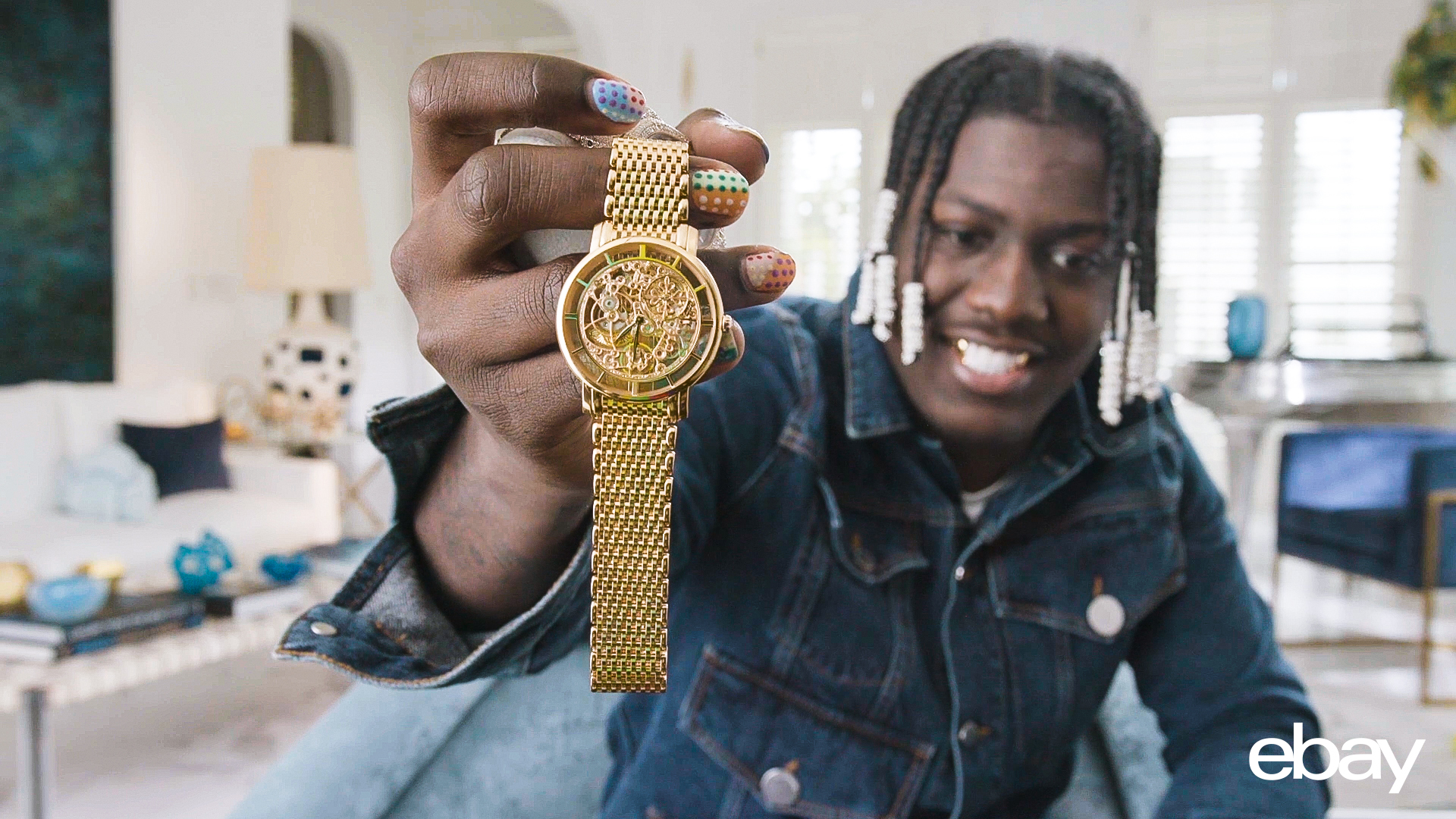 Yachty first made waves in the fashion world as a model in Kanye West’s Yeezy Season 3 show-slash-album listening party at Madison Square Garden. That was 2016, around the same time that Yachty’s music career took off. Earlier this year, the Atlanta rapper launched a brand of his own, Crete, which produces fresh nail polish for all genders. Yachty tells us that “[Crete] is going amazing. We’re about to release our next color palette so I’m super stoked.” He adds that running the brand “is cool, it takes a lot of attention but it’s cool.”

Throughout his fashion endeavors, Yachty still finds time to get in the studio. Lately, he’s been in Detroit, lending a platform to up-and-coming Michigan rappers. On working with new artists, he says, “For me, it’s not putting on an A&R hat, it’s just listening to music. I’m a fan just like anyone else is a fan [and] I make music too. So I don’t really look at it as an A&R standpoint, I’m a fan and I’m not afraid to reach out […] I don’t care how big you are or how popular you are. That’s just my thing.”

In addition to more Michigan rap, new releases from Crete and his upcoming conversation in “Old School Meets New School,” Yachty is looking to break into acting. “Acting is hard work. Trying to land roles is hard work, but I’m working at it,” he says of his latest passion. His inspiration? “Matthew McConaughey is my favorite actor of all time.”