Waraire Boswell was just minding his business at Niketown one afternoon some 15-odd years ago, when out of nowhere, a young man approached him to chat up his shoes. “‘Yo, bro. You from the crib? Chicago?'” Boswell recalls him asking. “Nah, I’m from L.A.,” Boswell responded. “He’s like, ‘Bro, how you put [your look] together is just magnificent. I’m looking to do my own line. Can you come meet me at the W?’”

Even before the chart-topping albums and chest-thumping charades, Kanye West has always gone after what he wanted.

The shoe store run-in happened right around when “Through the Wire” started popping on the radio, so we’re talking late-2003, early-2004. Boswell eventually found himself in LA, where he met up with the then-burgeoning rapper at a hotel near the UCLA campus. He thought the chance meeting might lead to something a bit more tangible. Maybe a small role in making West’s College Dropout clothing line a reality. Maybe a big design partnership.

But life — and music superstardom — intervened. “He was already bubbling and [his popularity was] rising at a rate that was just like a rocket ship,” says Boswell. “What ended up happening was he was like, ‘You know, I kinda got a lot going on, blah, blah, blah.’ So, what we initially spoke about didn’t end up coming to pass.”

Boswell isn’t bitter, though. Why would he be? The Los Angeles-based designer has gone on to dress NFL stars, style covers for GQ and partner with Glenfiddich Whisky for a contemporary clothing line, The New Standard. And he wants that success replicated for West, who’s on the verge of something massive with Yeezy Gap, a partnership with the iconic fashion brand that was announced in Summer 2020 and will reportedly debut sometime this fall.

Fans got a first taste over the summer when Gap dropped a pre-order link for the Yeezy Gap “Round Jacket” — a sort of hybrid-puffer/bomber jacket with a slick, lacquer-style finish. This week, a Yeezy x Gap hoodie appeared on the retailer’s website without warning — or fanfare. It sold out in less than 24 hours.

If you’ve followed West’s fashion journey long enough, though, you could have guessed that something like this was inevitable.

“Back when he was rapping, he talked about the pink Polo with the collar popped,” says Fresh, the L.A. designer behind Rich Fresh, a label specializing in custom suits that’s been seen on everyone from John Legend to Cedric the Entertainer. “How many street dudes [do] you see rockin’ a Polo popped down like that?” Fresh asks. “It was just a thing. And he’s always been at the edge of it. Generally, he’s doing the crazy shit when people are saying it’s not cool. He just holds on long enough ‘til they say, ‘Oh, it actually is cool.’”

Five years after the Niketown interaction, West, by then a household name, connected with the Swoosh brand for some real business. His Nike Air Yeezy and Yeezy 2 sneakers were instant hits (as of this writing, they’re going for five figures on re-sale sites). From there, Kanye went on to adidas, where he has had a fabulous sneaker run. His adidas Yeezy Boost V2 and Yeezy 500, released in ’16 and ’17 respectively, still earn approving nods out in public. He branched out with a full Yeezy Season clothing line, orchestrated elaborate fashion shows in the middle of parks, and got Kylie Jenner to model in nude-toned bodystockings. The streets and social media sites couldn’t stop talking the dude and the designing moves he was making.

Even today, many in the fashion industry are sitting on pins and sewing needles in anticipation of Yeezy Gap. “I think this is gonna give people access to Kanye’s mind, but at a reasonable price point,” says Fresh. “They’re gonna go crazy. The resale market is also gonna go crazy. Gap has never resold any product ever in its history [on the secondary market],” Fresh adds. “They’ve never had someone walk into the Gap, buy a T-shirt and then resell it on the open market for 10 times as much — that’s going to be their new reality.”

Fresh never worked with West directly, but he says that some of his garments were used in a few of Ye’s videos. “I haven’t met Kanye personally,” he says, “but I was connected with his stylist [and] I know some people that he works with on the Yeezy side. It’s like two degrees of separation,” Fresh says; “Hell, really one.”

Those who have worked intimately with the 44-year-old West, say that fashion even seeps into his creative process. Fivio Foreign, a rapper featured on West’s latest album, Donda, told L.A.’s Power 106 radio station that while he was recording, “[Kanye] made us all wear Donda merch. He gave everybody Yeezys [and we wore] black cargos and Donda shirts. I guess it takes away the egos.”

These Ergonomic, Stylish Office Chairs Are All Available on Amazon

Oddly, Yeezy Gap’s first product drop speaks directly to the ego. The zipper-less bubble jacket is for the confident consumer. Its bulbous shape and bold colors make it an unquestioned statement piece for your closet. After West wore it a couple of times at Donda listening sessions, Gap opened up pre-sales for a $200 blue jacket. It sold out in hours. Not long after, a black version went on the market in Europe and Asia. Same results — mass West hysteria (the jacket is currently selling for $600+ on re-sale sites like StockX).

“He’s an architect, similar to Imhotep,” says Atlanta designer Daryl Mapp, comparing the rapper to the great Egyptian polymath. “To be able to have the vision and willingness to execute at the highest level in any capacity [is impressive]. His vision is distorted but it’s clear. It’s distorted because it totally contradicts what we’re currently seeing. That’s the only reason that is distorted. But for him, it’s clear,” Mapp says. “Then he finds the right people to execute it at the highest capabilities or capacity.” 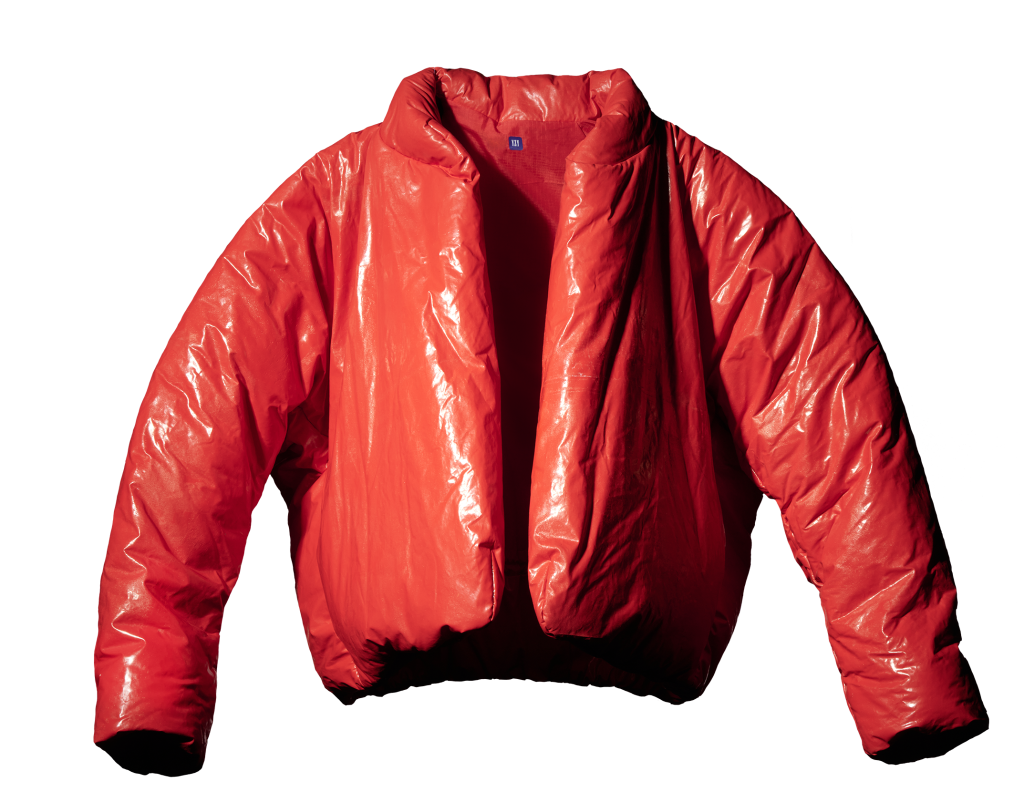 West and Gap’s second release, the Yeezy Gap hoodie, made a brief appearance on the main Gap site on September 28. All traces of the six-color ensemble are now gone. The only thing that remains on the sparse Yeezy Gap site is a form asking consumers for their name, email address and clothing sizes.

Rolling Stone reached out to Gap a few times for confirmation on when the next Yeezy Gap product would drop and for more details on the collaboration. Unfortunately, our emails never garnered responses.

But all the ambiguity makes sense; plays right into West’s mysterious demeanor. The questions only add to the buzz. And that’s the truly fascinating part about all of this—no one knows what to expect with Yeezy Gap. Based on what we know about West’s fashion evolution (and what we saw from the bubble coat), we can assume that odd-fitting outerwear, cotton joggers and head-turning hues might shape the collection. Beyond that, few know what’s going to show up at the mall. 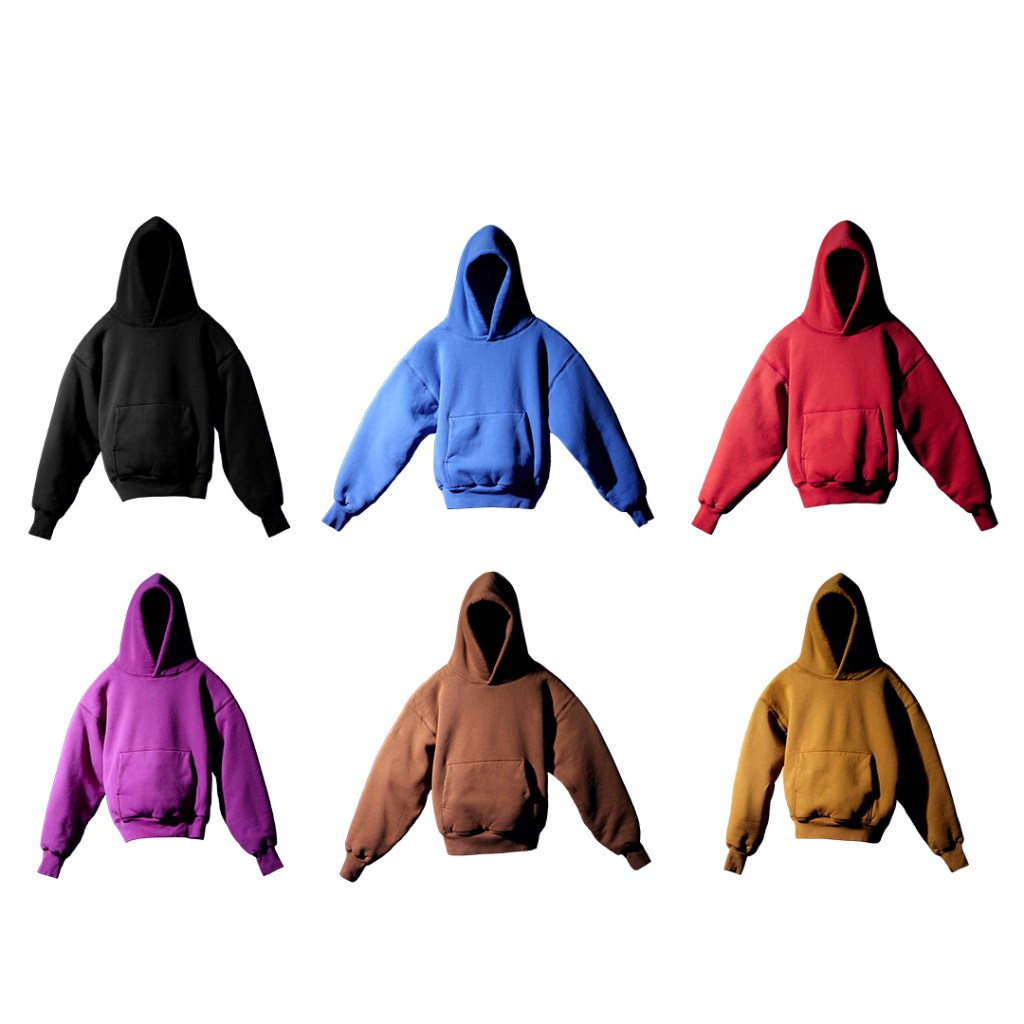 “I have no expectations,” says Mapp, whose Melrose High clothing line is causing quite the stir with its vibrant patterns and soft fabrics. “Even when you think that it’s one way, [Kanye] turns and gives you a full-on experience. I like the fact that he found one of the top American brands and decided to add his perspective to it,” Mapp explains. “I’m always rooting for what he’s doing. He sets a new standard for creative.”

“As a consumer, if you’re looking at the fashion landscape, and think, ‘All the stuff that I like and became familiar with is because of one person,’ you gotta give respect to that one person, right?” Boswell asks, redundantly. “What [Kanye] does, who he subscribes to on a political level—that’s none of my business,” Boswell notes. “I don’t want to know about that. That being said, I am man and creative enough to understand that his influence on fashion is undeniable.”

That appears to be the consensus around the fashion world—everybody seemingly wants Kanye West to win. No matter what his political views are, no matter his reality TV fame, no matter how many Billboard tussles he gets in with Drake, people respect his mind and want Yeezy Gap, and any other fashion projects he puts out, to flourish.

“It’s gonna sell out,” says Rich Fresh. “It’s already done; it’s not even a question. He’s at the point where he’s going to sell out—and not in a negative way. His product is going to sell out, no matter what he does. He could do a baseball cap with no brim, it’s gonna sell. He influences culture in a different way. And people are always eager to see what the mad genius has up his sleeve.”