From making music with his brothers to his new arrival with wife Priyanka Chopra, Nick Jonas has always kept family close to his heart. So it’s no surprise that the singer’s latest venture popped up from some quality family time as well.

Jonas — along with brothers Kevin and Joe — are the co-founders of Rob’s Backstage Popcorn, a new snack brand that launched last summer and is debuting across 2,800 Walmart stores across the country and online on Walmart.com today.

First teased at select venues on the Jonas Brothers “Remember This Tour” in 2021, Nick Jonas says the growth of Rob’s Backstage Popcorn (named after co-founder Rob Garbowsky) is a testament to the team they have around them — namely CPG platform The Naked Market, and the group’s fans, who have diligently supported every endeavor the guys have put out in music, and beyond.

“The fact that on the last tour, we were able to launch the popcorn, bring it to forty-something shows across the U.S. and then have our fans blow it up in this way was a really special thing for us,” Jonas tells Rolling Stone. “We really don’t take that for granted for a second, just the investment that they’ve placed in us over many years, and the fact that they continue to show up and show so much support, means the world to us.” 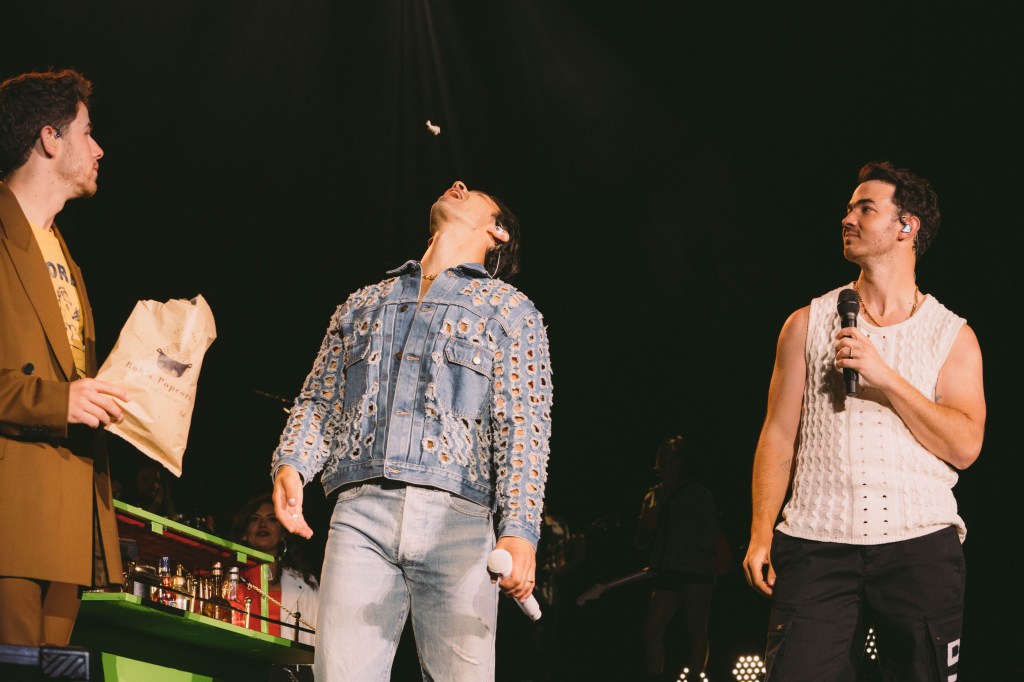 While he’s been pitched dozens of food and beverage brands in the past (Jonas is also the co-owner of Villa One Tequila), the singer said he holds a special affinity for this one, since it stemmed from memories that go back more than a decade. “About ten years ago I had a solo show in Bethlehem, Pennsylvania that got rained out,” Jonas explains, “and so I hit up my friend, Greg [Garbowsky, a bassist and songwriter who has worked with the Jonas Brothers] to be like, ‘Hey man, I’m in your parents’ area, are you around to hang out?’ I went over to their place and Rob was there and asked if we were hungry,” Jonas continues. “He came back with a brown paper bag that he shook up with popcorn he had just made, and I fell in love with it the moment I tried it.”

To hear Rob Garbowsky tell it, the “popcorn thing” was just something he did for fun, having learned to bake and cook from his mother at a young age. “My educational background is engineering,” Garbowsky says, “and I’m working in corporate America right now, which is pretty far from the popcorn world. But I’ve always loved being in the kitchen and experimenting with spices and flavors and this is just another vehicle for that.”

For a few years before Rob’s popcorn became “Rob’s Backstage Popcorn,” Garbowsky would make a batch for the Jonas Brothers whenever the group came through the East Coast. It quickly became a staple on their backstage rider, and gained a following within their bandmates and crew. “Cut to a couple years ago to our ‘Happiness Begins’ tour and Rob brought a bunch of popcorn to our shows and the brothers all fell it love with it and it basically became a staple at Jonas Brothers shows for that ninety-show run,” Jonas explains. “And I said to Rob, ‘I would love to actually turn this into a business one day.’ And about a year and a half ago, we started the process with just dialing in the recipe and finding our partners and it’s been incredible.” 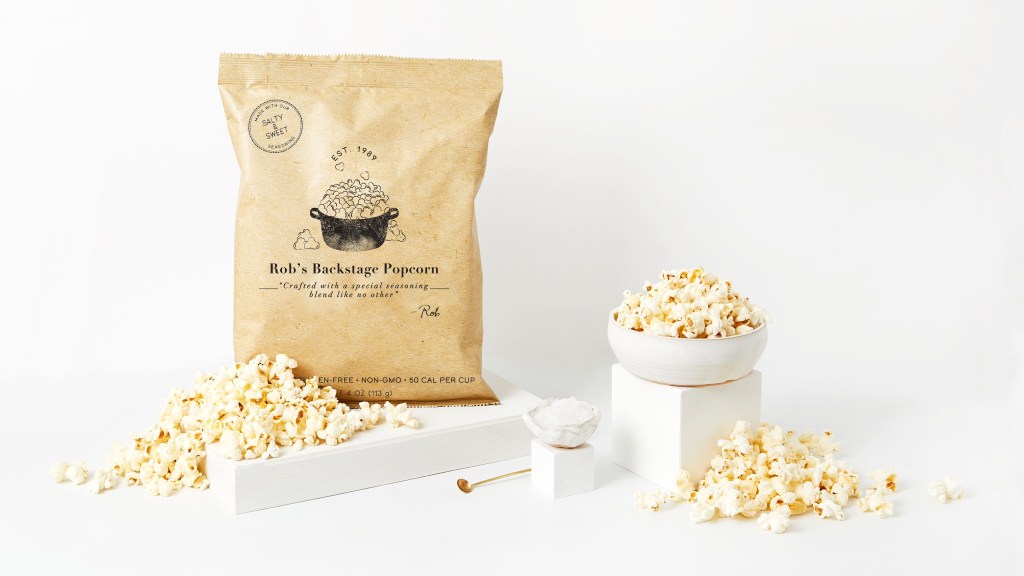 The popcorn owes its sweet-yet-savory flavor to a top-secret mix of spices and ingredients (Garbowsky reveals that “carrots” is one of them), and Rob’s Backstage Popcorn is certified vegan, GMO free and gluten-free, at only 50 calories per cup.

Jonas admits to having a sweet tooth — he tells Rolling Stone that almond butter and dark chocolate are always on his rider — but he says popcorn “checks all the boxes” when it comes to a satisfying and healthy snack. Most importantly though, this popcorn was about finding a way to work with people he loved. “Like anything else that I decide to put my name on, it has to be something that I truly believe in that feels personal to me,” he shares. “And I think the fact that this was such an authentic story and it comes from a place where I got to collaborate with family and friends? I mean, it’s just a dream scenario.”

For his part, Garbowsky says it’s been a thrill to work with Jonas, having seen the artist’s entrepreneurial prowess from a young age. “I remember in the early days, when my son was the bass player for [the Jonas Brothers], I would hear people referring to Nick as ‘The President’ and I thought, ‘How is this young guy getting called President?'” Garbowsky recalls. “And I think now moving forward to this day, I see those leadership qualities that have really made a big difference in his success.”

Garbowsky also echoes Jonas’ sentiments about the popcorn brand, saying it’s all about family: “I never imagined something that started as a snack I would make for my family would end up in Walmart,” he shares. “We are so excited to bring my recipe to families across the country, and hope they love it as much as we do.”