Jerry Garcia’s free-thinking personality and counterculture vibe is the inspiration behind a new cannabis line that just launched this month. Garcia Hand Picked (GHP) is a collaboration between the late singer’s family and Holistic Industries, a private multi-state cannabis operator in the U.S.

The officially-licensed partnership launches with three strains of flower, in addition to pre-rolls and guitar-shaped edibles. The products will be available in California dispensaries for now with plans for wider distribution to be announced at a later date. Those living out of state can still get a piece of the collection with Garcia-branded apparel and accessories.

While the Grateful Dead singer was known to be a proponent of marijuana, those close to Garcia have said that he rarely smoked weed by himself. Instead, it was more of a social interaction, whether after a show, on the tour bus, or in the recording studio. “A joint became a bridge between him and those around him,” explains Trixie Garcia, his daughter and spokesperson for the Garcia family. 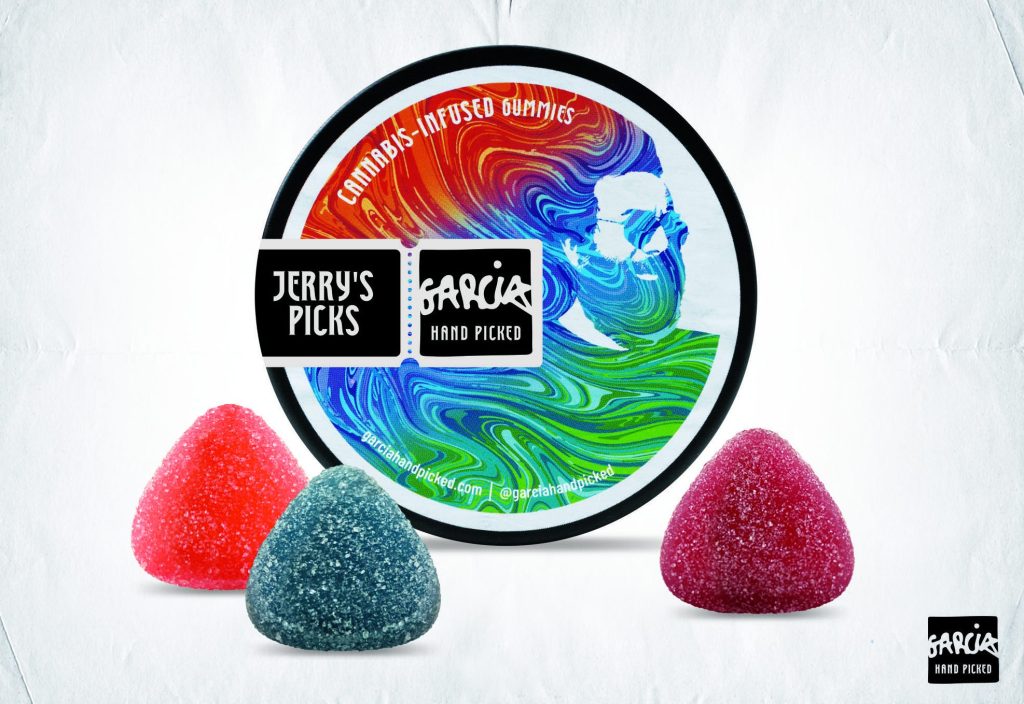 Trixie Garcia says the family wanted to release a cannabis line to honor her father’s longstanding advocacy for the legalization of weed, while giving fans something new to celebrate Garcia’s spirit and legacy. The family says it wanted to create a “spontaneous [and] harmonious” cannabis experience to “bring people together in the way only Jerry could.”

Inside the Weed Legalization Bill the House of Representatives Just Passed

Two Decades in and Still Reigning in the Vaporizer Industry

The resulting collection is designed as much for celebration as it is for relaxation. Strains available at launch in November include a Sativa, an Indica and a hybrid. Each product is paired with a curated playlist of Garcia’s music that was specially-selected to correspond to each strain. The packaging also features a watercolor-inspired image of Garcia wearing his signature sunglasses.

In a press release, Holistic Industries calls the cannabis collection a “unique opportunity to honor Jerry’s legacy in a fun and authentic way, while leveraging the unwavering popularity of the Grateful Dead.”

While Holistic had originally planned to launch the line during the summer festival season, the coronavirus pandemic put those plans on hold. The company’s new roll out will see the brand traveling up and down the California coast in a custom, tricked-out Airstream dubbed “Bertha,” after the opening track on Grateful Dead’s seminal 1971 Skull & Roses LP.

Holistic has launched a contest online to find a brand ambassador for Garcia Hand Picked, who will drive the Airstream as it tours venues and dispensaries across the state in November. Fans hoping to enter the contest or track “Bertha’s” whereabouts can find out more online at GarciaHandPicked.com.

The cannabis line is the latest collaborative project from the Garcia family. The late singer’s artwork inspired a new collection of shoes and sandals with KEEN footwear, that launched in July.