Football fans, it’s time to get your game-day playlist started. On the heels of collabs with Willie Nelson and Iron Maiden, Igloo has called an audible and teamed up with the NFL on a new line of coolers, just in time for the upcoming season. Dubbed the “KoolTunes” collection, the tailgate-ready cooler comes with built-in Bluetooth speakers for playing your music all day long.

The KoolTunes collection’s designs keep things simple, with each team’s name and colors displayed on the top of the cooler lids. On the bottom of each cooler, two 5-watt speakers come built into the front of each KoolTunes, which the brand claims can produce a “premium sound experience with punchy bass,” no matter what you’re jamming to on game day. 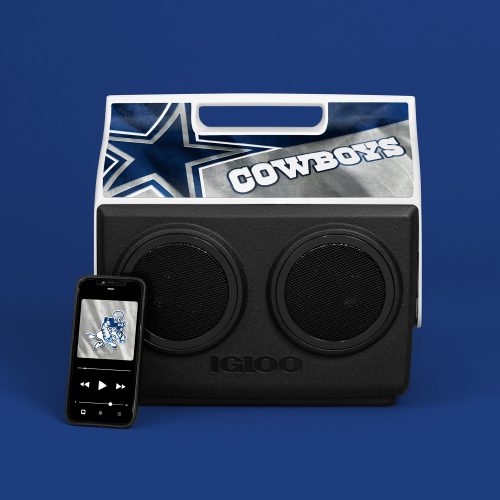 You can find all of your controls — from adjusting the volume levels to the power source to recharge the battery — on the back of each cooler. There’s also a Bluetooth pairing button to connect your devices to the cooler, plus an LED indicator. Like some of our favorite speakers, the new collection can actually play for up to 10 hours on a charge, enough time for the pregame and the game. A three-foot USB charger comes included, too.

All of the new tech aside, the KoolTunes line still gives fans a sturdy, rugged cooler that can hold up all season. It has an IP56 water-resistance rating, meaning on top of sealing shut ice, cold ones, and any liquids, it won’t get damaged when it’s, say, left out in the rain or snow in the parking lot. It’s even dust-resistant too, so you can easily keep it clean when the game’s over.

What Streaming Service Is Tops With Viewers? It All Depends On Your Age 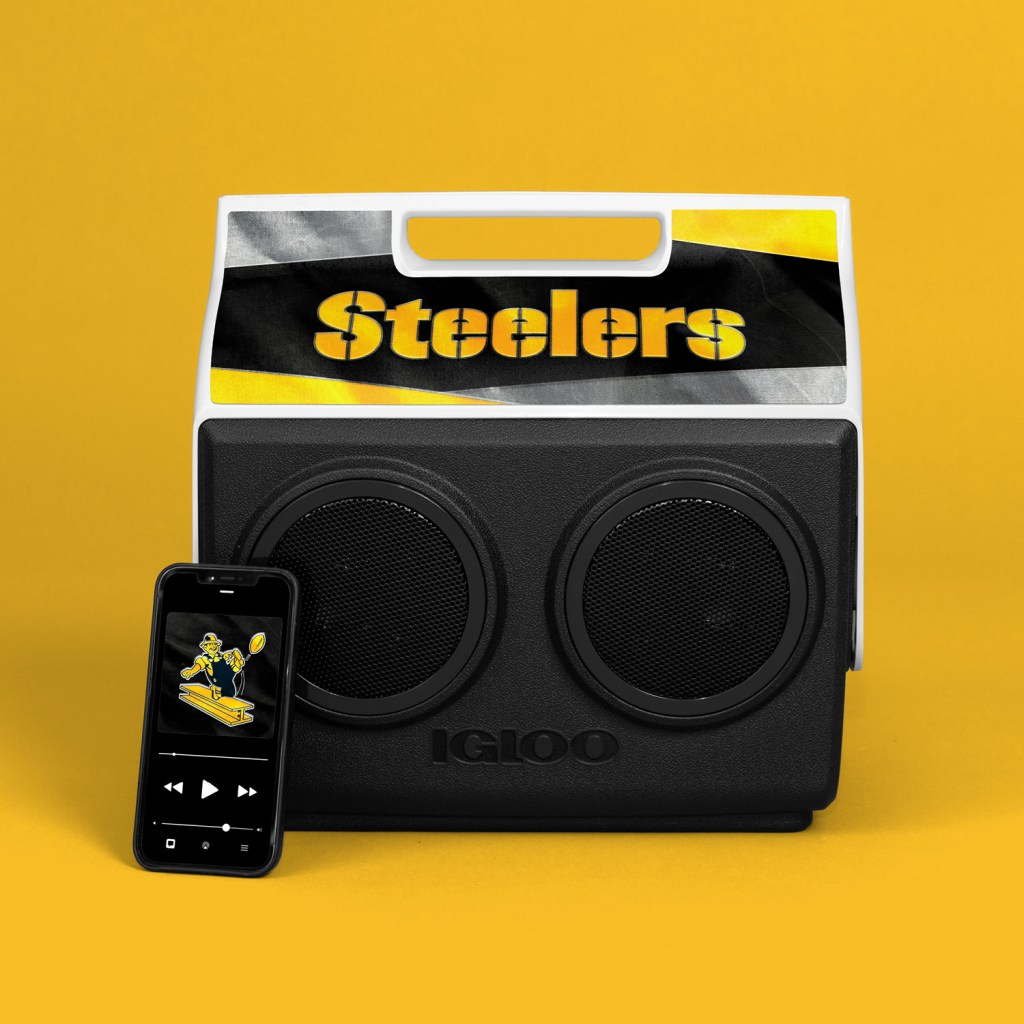 With its 14-quart capacity, each cooler can fit up to about 26 cans. On the inside, Igloo used its signature Thermecoool foam insulation to keep things frosty.

“We’re incredibly pumped to collaborate with the NFL to release the ultimate game day cooler for the 2022 NFL season and beyond,” says Adrienne Berkes, Igloo’s vice president of marketing, in a statement.

“Through our fun, team-branded NFL KoolTunes coolers featuring wireless speakers, football superfans can bring the music and the ice-cold drinks to every tailgate while repping their team,” Berkes adds.

All seven of the new KoolTunes coolers are available to buy right now on Igloo’s site, and you can tune into the the NFL season when it starts on Sept. 8, with many live games likely streaming on services like Sling, fuboTV, and on major networks with Hulu + Live TV.

For more of our favorite coolers to take tailgating, check out our guide to the best backpack coolers, from brands like Yeti, Coleman, Tourit, and Igloo too.