Indie artist foulperalta has gone viral for his tongue-in-cheek take on retro band tees, reimagining the musical artists with pop culture characters and memes. The artist’s “Spicoli Cobain” tee, which juxtaposes Sean Penn’s character from Fast Times at Ridgemont High with the iconic Nirvana logo, may be his best-known piece, but there are dozens of other designs available to buy now.

The shirts are all sold on Teerepublic, a print-on-demand site that lets you superimpose the image or artwork of your choice onto a T-shirt, tank-top, hoodie, mug and even a face mask. For T-shirts, customers can choose from more than 30 different colors and sizes small to 5XL. In other words: there’s something for everyone, no matter what style you like and what band you’re repping. 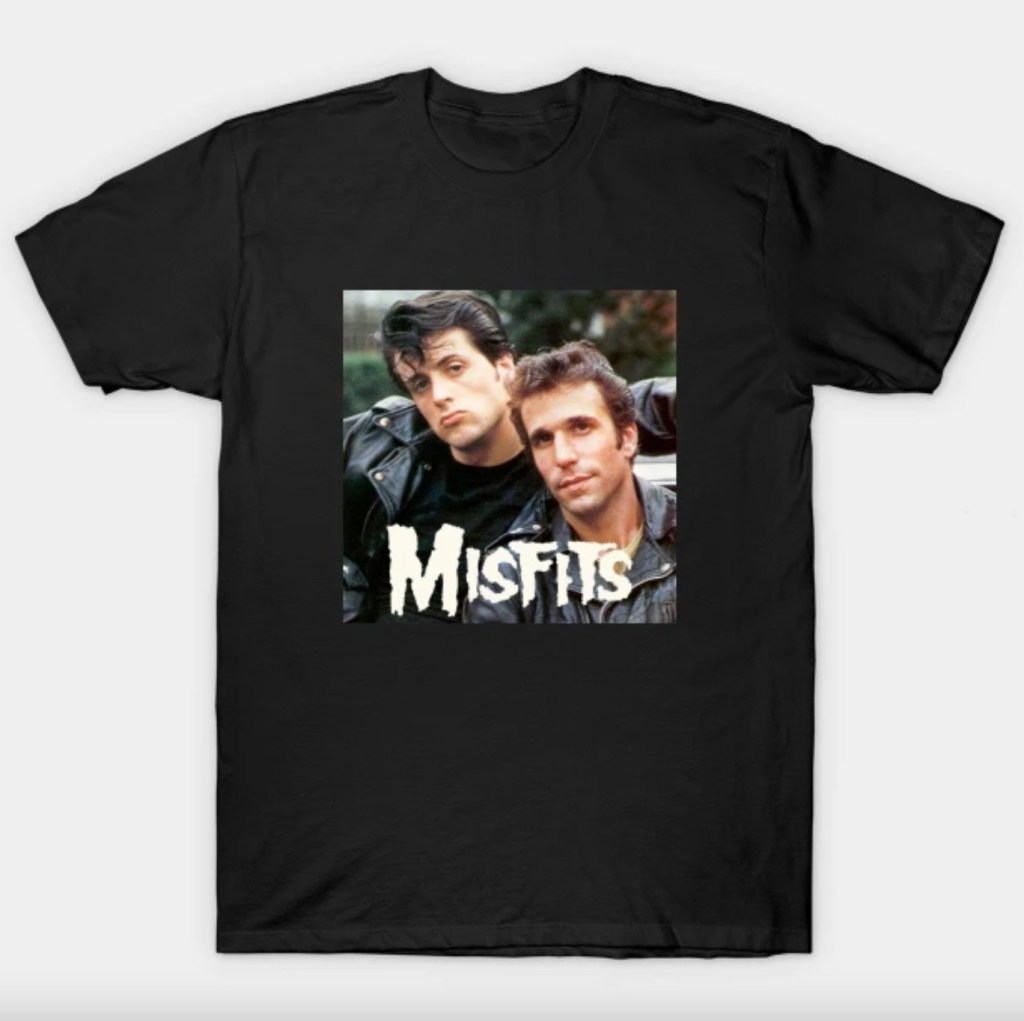 This classic black tee re-casts The Misfits with a photo of Sylvester Stallone and Henry Winkler from their cult 1974 hit, The Lords of Flatbush. The punk rock band’s horror-themed font keeps things thoroughly rock and roll. 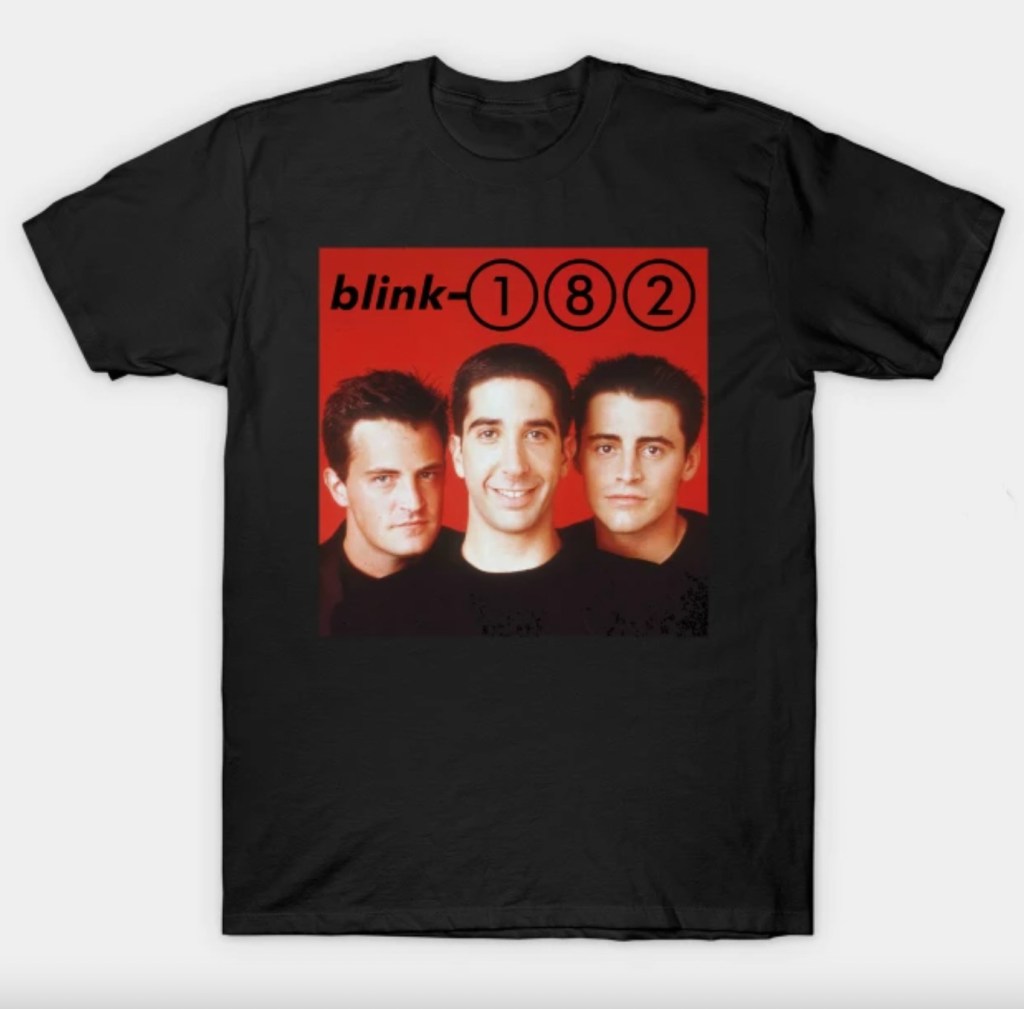 Chandler, Ross and Joey sub-in for Tom, Mark and Travis in this Blink 182-meets-Friends mashup, which uses iconography from the band’s Take Off Your Pants and Jacket era. 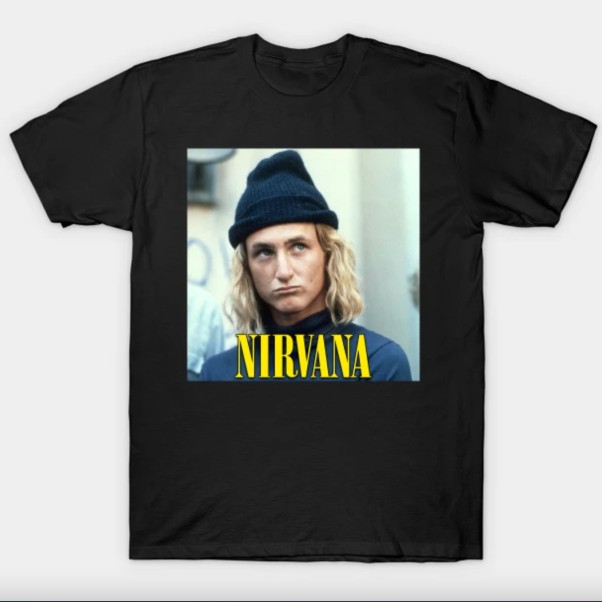 One of the shirts that helped foulperalta go viral, this “Spicolicobain T-Shirt” features a pic of the ultimate grunge slacker: Jeff Spicoli (a.k.a. Sean Penn’s character from Fast Times at Ridgemont High). 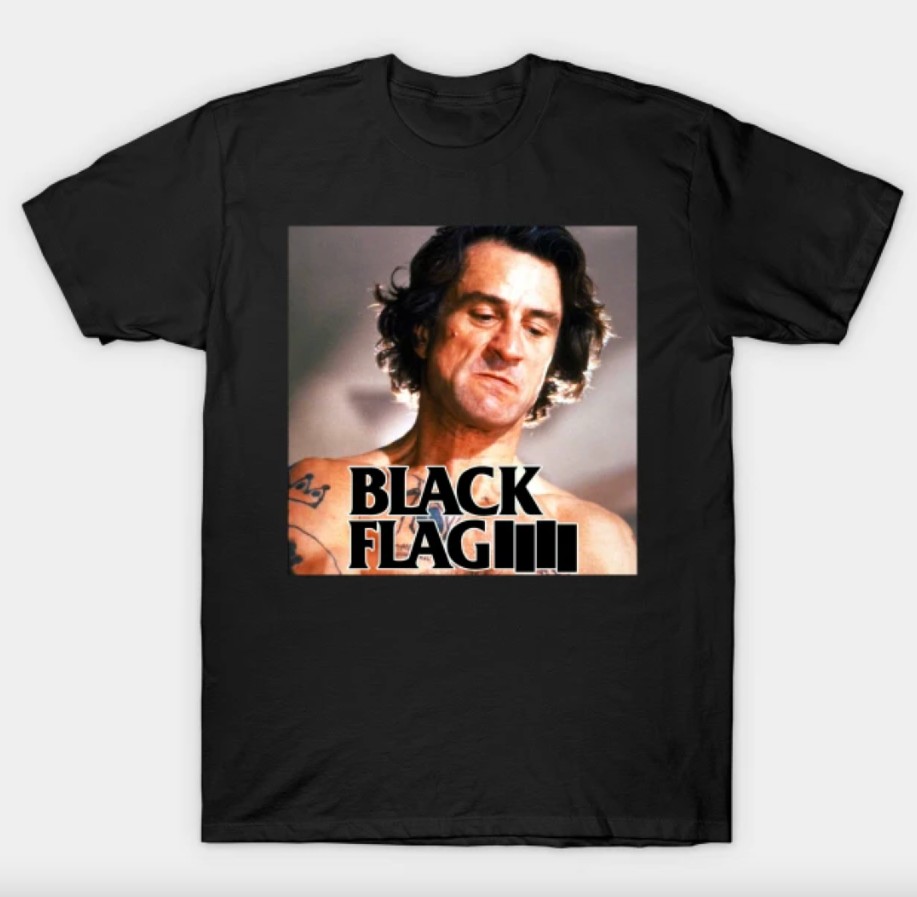 Nobody messes with Robert De Niro, especially not in the 1991 thriller, Cape Fear. Here, Max Cady gets sneery and sinister on a Black Flag-inspired rock tee. 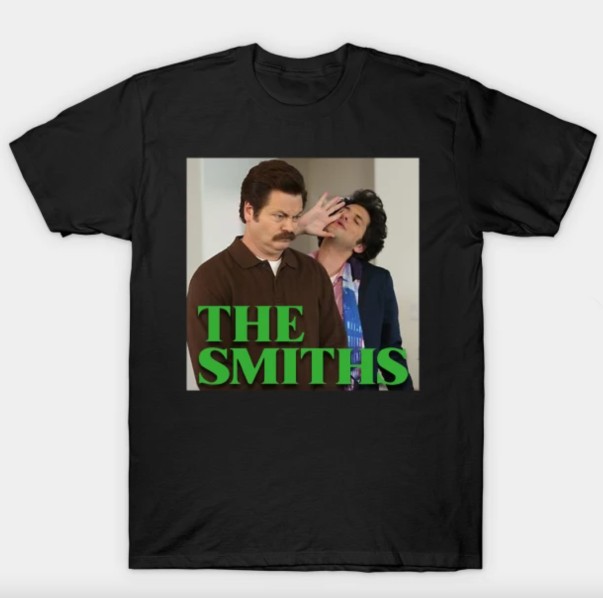 The Smiths are re-cast with Ron Swanson from Parks and Recreation on a classic black tee. Like all the other designs on this list, you can get this print on a hoodie, sticker or coffee mug too. 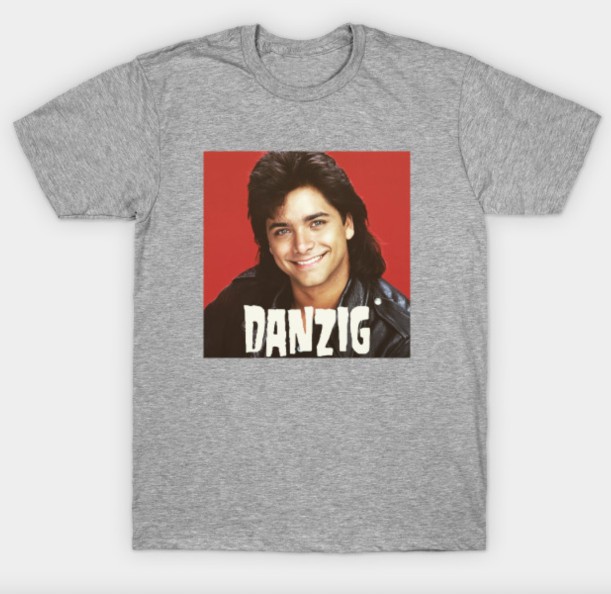 After leaving The Misfits in 1987, singer Glenn Danzig went and started his eponymous heavy metal band that’s still active to this day. The famously long-haired frontman gets replaced on this tee by another celeb with dark, luscious locks: John Stamos. 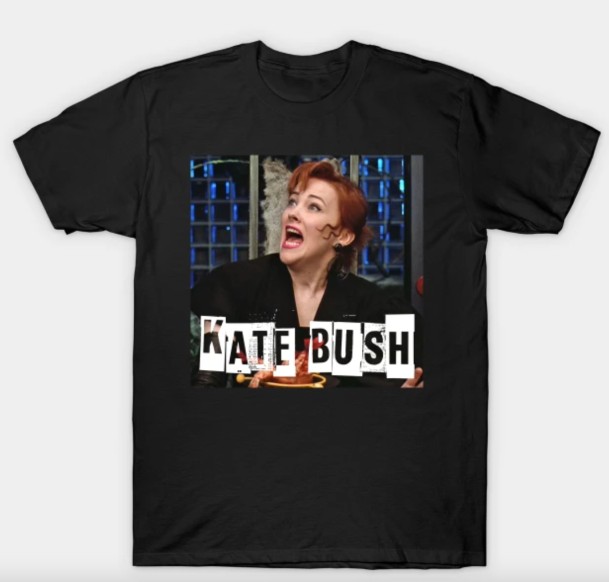 British singer Kate Bush has seen a resurgence in recent months thanks to the use of her song “Running Up That Hill” in the latest season of Stranger Things. This “BeetleBush” tee reimagines the singer as Catherine O’Hara’s character, Delia Deetz, in Beetlejuice. 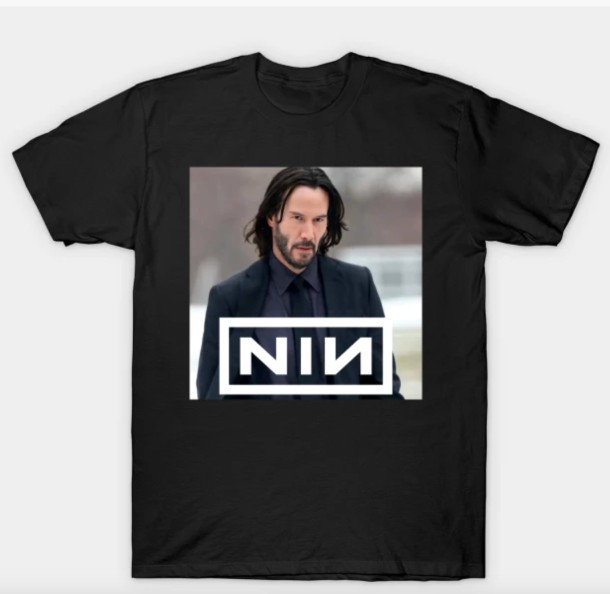 Keanu Reeves as Trent Reznor? Totally makes sense to us. Here, Reeves’ memorable turn (and look) as John Wick gets mashed up with the iconic Nine Inch Nails logo. 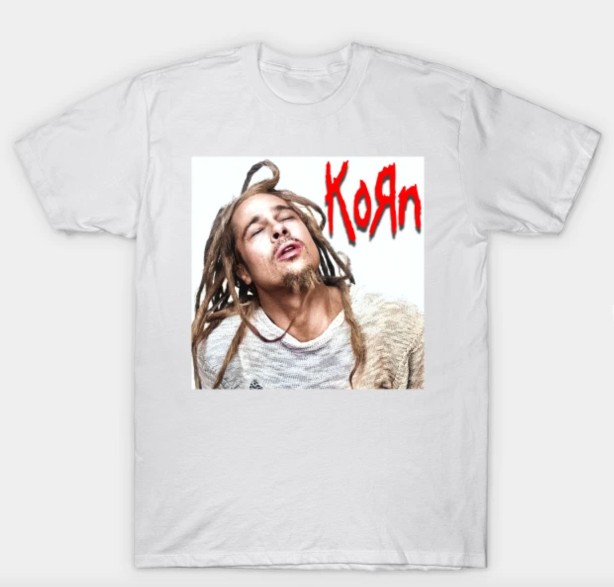 Brad Pitt with dreads? Yeah, that happened for a 2012 photoshoot with Interview Magazine but it also works here with Pitt stepping in for Korn frontman Jonathan Davis. Every shirt on this list is available in sizes small to 5XL and in more than two dozen colors.