Elton John has teamed up with Mattel to launch his very own Barbie doll in a coming together of two pop culture icons. Rather than claiming his likeness, the Elton John Barbie is a take on the classic Barbie doll inspired by the singer’s enduring style.

Available now on Walmart.com, the blond Barbie lets her hair down under a purple bowler hat, while sporting an Elton-embossed bomber jacket and a pair of flared jeans embellished with the singer’s initials. The doll also sports John’s signature pink-tinted glasses and a pair of platform boots. As a nod to John’s decades of activism for the LGBTQ community, there are rainbow stripes on both the jacket and boots. 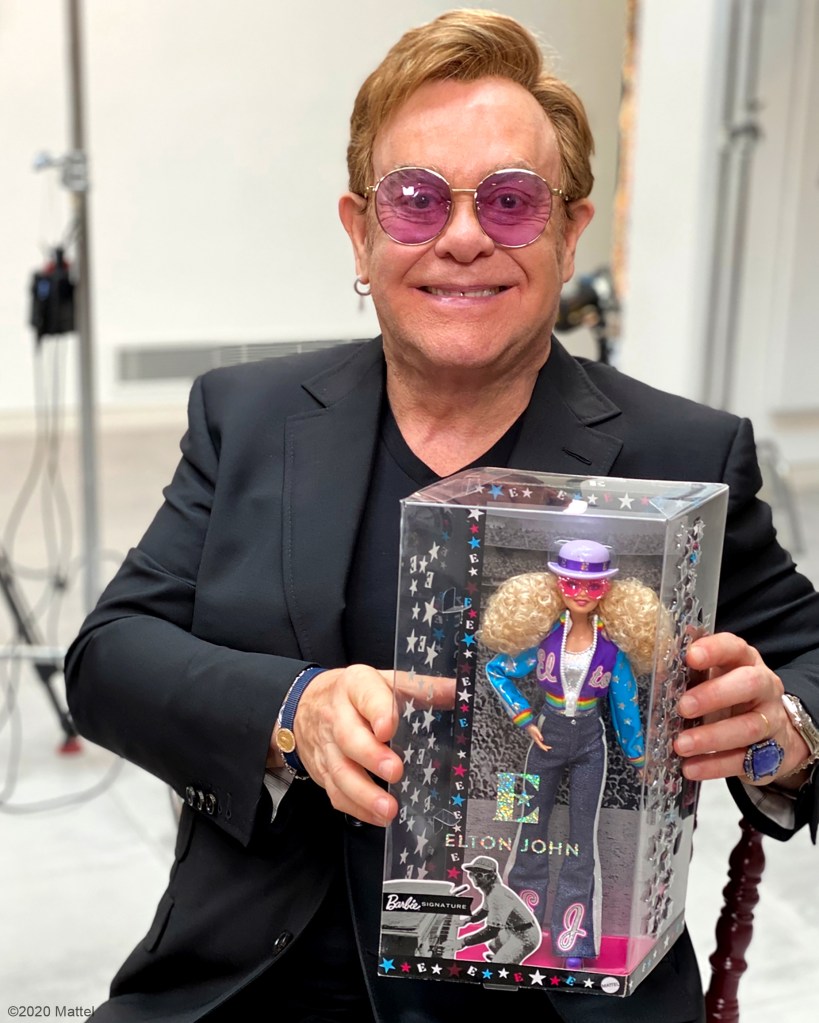 The launch of the commemorative Barbie doll is timed to the 45-year anniversary of John’s now-legendary 1975 Dodgers Stadium concert, that at the time, broke a world record for the largest single artist concert ever. John’s glittering Dodgers getup from the show was memorably immortalized on film in the 2019 biopic, Rocketman, and the outfit is also represented on the new Barbie figure’s box.

As for the Barbie doll, this is the latest in a long line of Barbie collaborations with top names in music, movies and fashion. John worked closely with Mattel on the officially-licensed product, from initial concepting to production. The singer says it was a thrill to lend his name and image to such an iconic product.

“Barbie is an icon in her own right, so having her pay tribute to my work and personal style is a real honor,” John says. “I hope that she inspires fans everywhere to fearlessly pursue their own dreams and limitless potential.”

The Elton John Barbie doll comes in a collectible box, and the set also includes a doll stand and certificate of authenticity. The limited-edition release retails for $50 and is available now on Walmart.com.

Fans of the singer will also want to check out Rolling Stone’s new line of T-shirts, which pay tribute to some of the most memorable Rolling Stone covers of all time, including a bespectacled John posing for photographer Terry O’Neill in 1976. See the Elton John T-shirt and all the other collectible tees here.