Conor McGregor is back in the ring after recovering from a gruesome injury at UFC 264, and the MMA star may be drawing inspiration from a fellow Irishman.

Speaking to Rolling Stone on St. Patrick’s Day to promote his whiskey brand Proper No. Twelve, McGregor says he’s been following Tom Brady’s comeback closely and eager to get back to competing himself. “Brady is the GOAT in his sport and has that championship mentality that I respect and appreciate,” McGregor says. “Fair play to him, he has the Irish Spirit! We have a good relationship and respect one another immensely.”

McGregor has not fought since he lost via technical knockout to Dustin Poirier at UFC 264 last July, after McGregor suffered a broken tibia and had to be carried out of the ring on a stretcher. The 33-year-old tells Rolling Stone though that he’s recovering quickly and ready to fight again. “Right now, I’m training every day, and focused on getting back to competing,” he says. “I am seeing major progress. I’ll get there sooner than most would expect.”

McGregor may be best known in the MMA arena, but as he continues his recovery, he’s been making moves in the whiskey arena as well, as the founder of Proper No. Twelve, a classic Irish Whiskey that launched in 2018 and has quickly become one of the best-selling whiskey brands in the world.

Proper No. Twelve has also had one of the industry’s most impactful launches: McGregor sold his majority stake in the company last year for a reported $600 million. 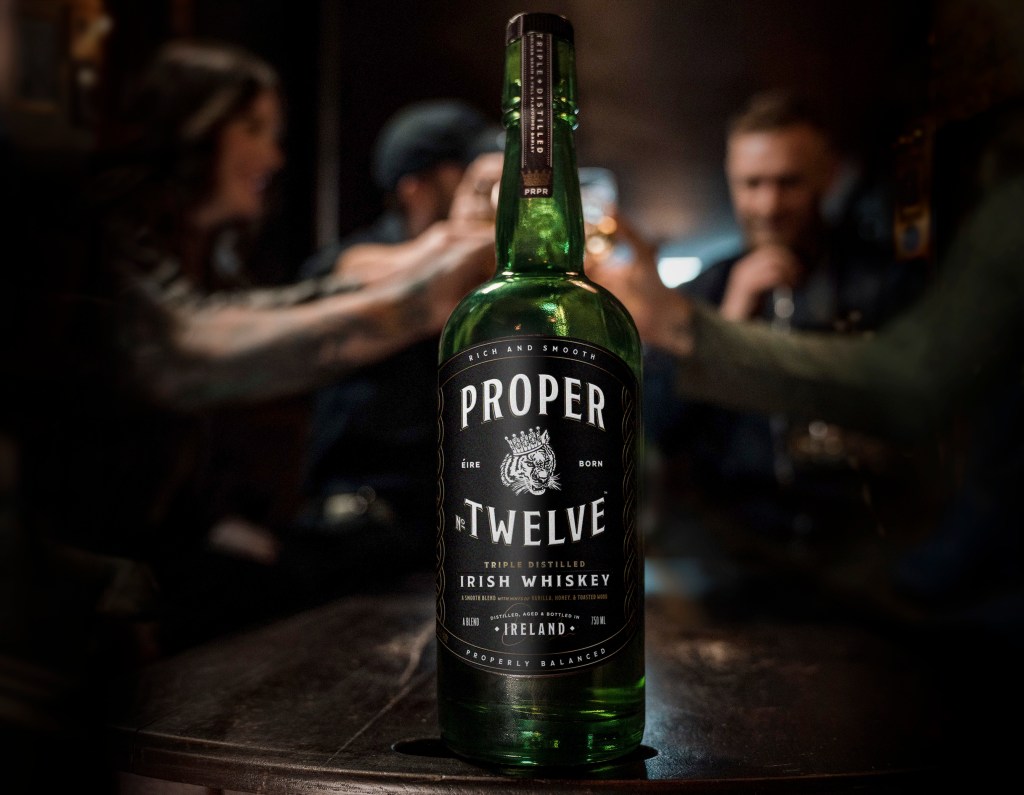 RS Recommends: Here's the Secret Amazon Hack to Get a Roomba for $98

RS Recommends: This Surprise Fitbit Sale Gets You the Top-Rated Fitness Tracker from $60

Inspired by McGregor’s upbringing in Ireland — and his love of whiskey — Proper No. Twelve launched as an accessible premium brand for the casual whiskey drinker (a bottle comes in at under $30). A blend of golden grain and single malt, the whiskey is smooth and easy-to-drink, with notes of vanilla, honey and “toasted wood.” McGregor says it’s also a brand that encourages you to drink it however you want — whether neat, on the rocks or served up in a cocktail (McGregor’s “Proper Bit O’Green” cocktail mashes up Proper Irish Whiskey, chilled green tea, coconut water, lemon and soda water over ice).

While he has sold his majority stake in Proper No. Twelve, the UFC star and entrepreneur remains actively involved in the company, most recently releasing a spoof workout video for St. Patrick’s Day renamed as “St. Practice Day” (the goal: to get in “peak Paddy form,” McGregor teases).

Rolling Stone spoke to McGregor on the occasion of “St. Practice Day” to find out more about Proper No. Twelve, the inspiration behind McGregor’s business acumen and why the secret to success is surprisingly similar, whether you’re making moves in the boardroom or trading jabs in the ring.

How did you get involved with Proper and why did you want to launch an Irish Whiskey?

The decision to make my own Irish whiskey brand was a lifelong dream. I’ve always loved Irish whiskey and I always knew I could create businesses and really preferred that to being the commercial face of someone else’s product. That’s where my entrepreneurial side comes through. I have been part of all the work — the tastings, the sales and distributor calls, meetings, etc. Proper No. Twelve is who I am and reflects my vision. Proper No. Twelve is in my DNA. It is part of my legacy.

You’re known to have a rigorous training regimen — how do you incorporate whiskey in your everyday life without feeling guilty?

I take my training seriously and have perfected my regimen [but] life is all about balance. It’s about the mix, it’s about the day, there are times when unwinding with mates over a drink is what is called for. We have all had those days, right?

They are, in many ways, the same mentality. I always start with a plan whether when addressing an opponent in the octagon or how to grow a business. The secret to success in both is simply hard work, a killer instinct, the ability to adapt and make quick decisions and holding yourself accountable. Every experience in life is an opportunity to learn and grow. You’re never finished learning and you can never be complacent with where you are. Success is never final, and neither is failure. Regardless of the outcome, you won’t see me quit. You take those lessons and make your decisions based on them – and keep overcoming the obstacles in front of you.

Why is it important for you to diversify beyond just being an athlete? What other entrepreneurial ventures would you like to pursue?

Proper No. Twelve is a real passion play for me and my team. While we sold the brand in 2021, me and my founding partners plan to continue to play a major role in the brand and its success for years to come. I have so many interests though – starting with the best public house in all of Ireland, the Black Forge, which will become a global restaurant powerhouse with more locations to open in the future. Plus there’s TIDL, McGregor FAST, and my newest creation, Forged Irish Stout, which are all quality products that I am proud to own. The McGregor business empire is just beginning.

The Professional-Chess Cheating Drama Is Only Getting Crazier