You’ll have to pardon Ciara if there’s added excitement in her voice. Yes, the multi-platinum artist is pumped about her new business venture with Ten To One rum, but the cause for the immediate smiles is her hometown Atlanta Braves, who are just a few days removed from winning their first World Series title in 26 years. Nearly every person connected to the city has been in a festive mood since the final out was recorded. Ciara is no different.

“Go Braves, baby,” shouts Ciara. “So, I’ve never had a real job in life. When I was really young, I never got a chance to have a true 9 to 5. My career started when I was just graduating from high school. I went straight into music, straight to the pros. The one opportunity I did have was working at Turner Field [the Braves’ former home] in the summer.”

With a glowing resumé that includes concession-stand work, a Grammy-winning singing career, fashion projects, acting roles and philanthropic efforts, you might find it wild that Ciara would add yet another job to the list, but here she is on a Zoom call with Rolling Stone discussing her latest endeavor: part-ownership and brand ambassadorship of Ten To One. 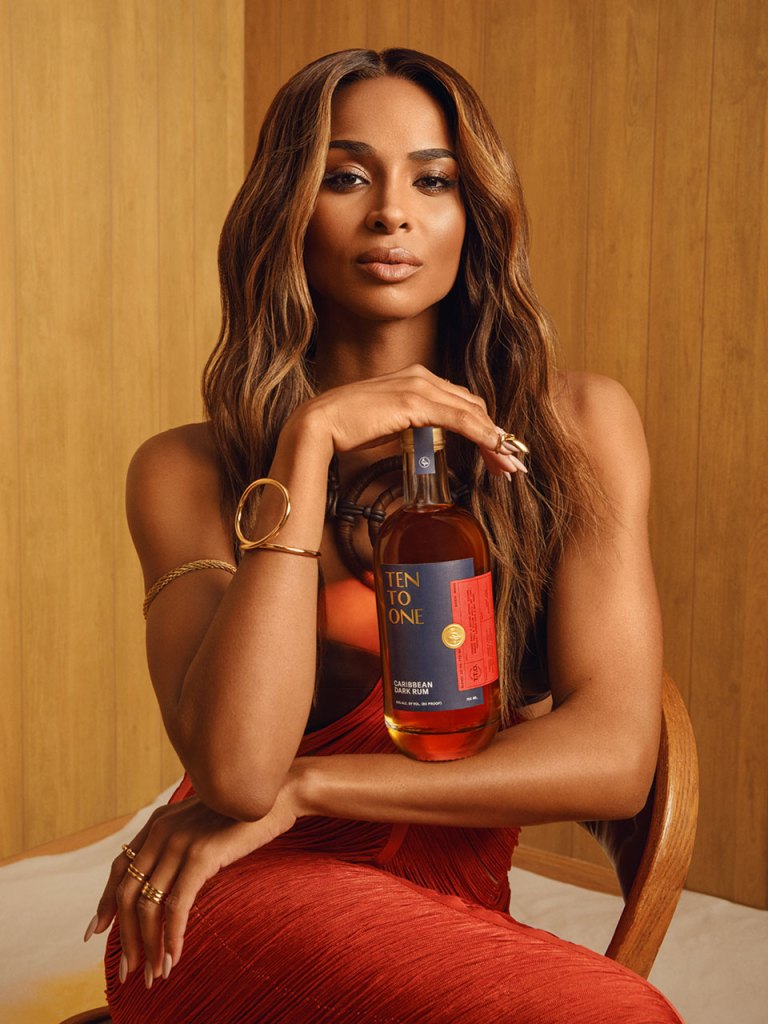 Beyond a genuine love of the smooth pour, Ciara insists there’s a deeper reason for the partnership. “The fun fact is that the first spirit that I had after I breast-fed baby Win was Ten to One,” says Ciara, the mother of three who’s married to Russell Wilson, the eight-time Pro Bowl quarterback for the Seattle Seahawks. “Also, when I was 21, the first time I got to have my drink, it was rum. It’s always kinda had this special place in my life, to be honest.”

Marc Farrell, Ten To One’s founder, is on the video conference call, too. He says the “Goodies” and “Level Up” singer had a certain energy that aligned with his brand ethos. “We connected a ton early on around this idea of really challenging the status quo,” says Farrell. “If you look at all the stuff C has done over her career, both inside music and outside of it, that’s the common thread, the common theme—this notion of doing it a little bit differently, challenging that status quo. Honestly, it was really a no-brainer from conversation number one.”

Ten To One, a rum that proudly promotes the Caribbean’s different terroirs and tastes through dark and white varieties, started in 2019. Since its inception, the brand has prided itself on its island roots (yes, that’s Trinidad’s national bird, the scarlet ibis, on the logo) and its refusal to compromise in production. To that end, you’ll find no artificial sugar, color or flavors in the bottle.

Available in stores across the nation and online, Ten To One will look to Ciara to help get its message of being a sexy, mellow drinking option out to a broader audience. It helps that the former Revlon model is a believer in the brand and it doesn’t hurt that she’s got more than 55 million followers on her various social channels. 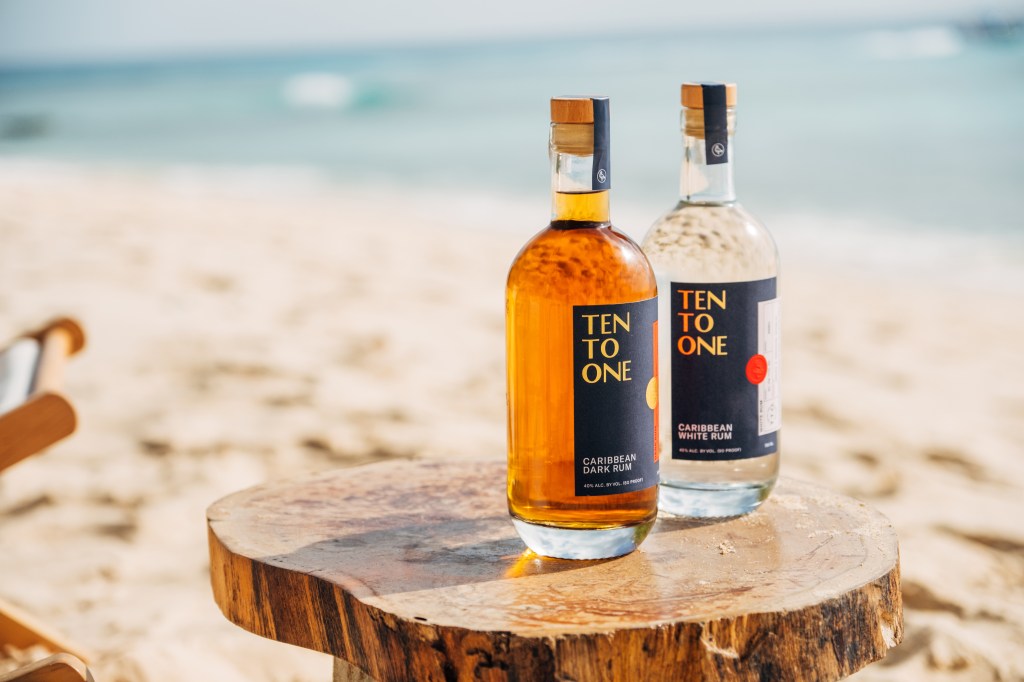 “Ciara will be like, ‘No, Marc, I cannot hold a bottle while I’m doing every routine,’” jokes Farrell, squashing any potential dreams of product placement in C’s next video. “But in all seriousness, as the person who sits on the other side of a lot of these conversations with Ciara, you can just see how broad her entrepreneurial passion is. We’ll find ways to cross-pollinate, to bring some of that energy and some of that life to lots of different things—even if that isn’t Ten To One on the album cover.”

But don’t be shocked if those chuckles turn into meaningful business discussions a little later. Ciara, whose last musical project was 2019’s Beauty Marks, is itching to get new stuff out. “I’m excited about making my album,” says Ciara. “I’ve been having so much fun chewing on creative ideas and putting the vision together of what I hope to make. My ultimate goal is to make my next album my best album. I always want to make the world dance.”

To mark the new business ventures and the Braves’ big win, we have a glass of Coke and Ten To One dark rum at arm’s reach. Farrell’s face begins to slightly cringe at the sight. “We’re trying to take people away from the usual rum and Coke,” he clarifies. Farrell adds that traditionally rum-free drinks like Old Fashioneds and Manhattans even taste great with Ten To One. “Anything you can do, rum can do better.” 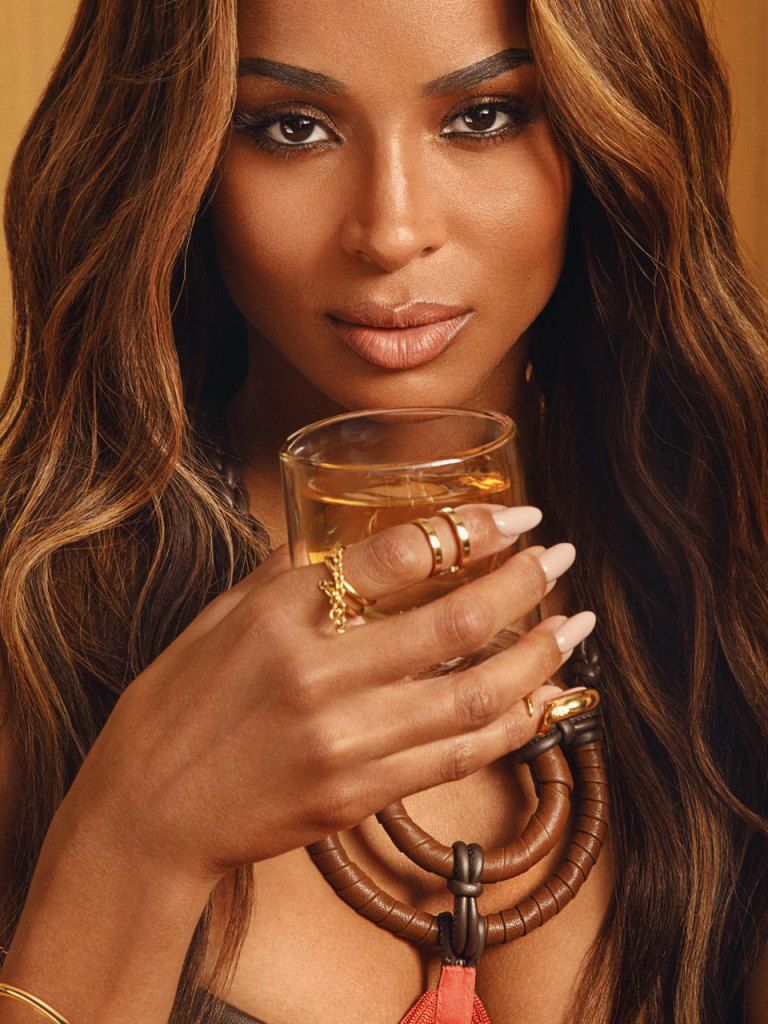 Of course, Ciara got the memo. Almost on cue, her chef hands her a rose-colored, garnish-speckled drink that looks like a sip of heaven. “I have the white rum, blackberry lemonade and thyme,” she says. “You know, I gotta keep it fancy or whatever. Level up, baby!”

Rescuing us from our rum-and-coke snoozer, Ciara suggests a fresh, alternative concoction using some common ingredients: Sprite, Simply Limeade and ice. It’s an easy-yet-elegant recipe. Once you mix those things with a few splashes of Ten To One white rum, you create a smooth, herbaceous pour we’ll call a “Ciara Mist.”

“This rum can really flex in places that you expect other spirits to [shine],” says Ciara. “I think it’s going to be a lot of fun educating people to that. We have a huge opportunity to do that.”

As if Ciara needed anything else to celebrate these days, she was recently announced as a co-host of Dick Clark’s New Year’s Rockin’ Eve With Ryan Seacrest 2022 for the fifth year. How ironic would it be if, by this time next year, she could inspire people to have a rum cocktail in their hands instead of champagne at the stroke of midnight?

“The ultimate goal is for Ten To One to be everywhere,” says Ciara. “Having as many people as we can to learn about Ten To One and join the Ten To One family and make this a drink they use when they think of rum is the ultimate goal. It’s also going to be fun educating everyone on how much fun you can have with rum. When people start blending rum in a non-traditional way, then you know you’re doing something.”