Harry Styles is no stranger to turning heads in his custom Gucci looks on tour, but it’s his fancy footwear game that’s garnering some new attention these days.

The singer has been pairing his custom ensembles by Gucci Creative Director Alessandro Michele with classic adidas Gazelle sneakers, reworked as part of a new collaboration with the Italian fashion house.

The adidas x Gucci Gazelle sneakers combine two iconic brands into one versatile shoe, as suitable for the stage as it is for casual errands around town.

Crafted from a luxe velvet material with generous suede trim, the sneakers keep the signature three-stripe design of the OG adidas sneakers while adding the Gucci trefoil print on the tongue and GG monogram to the bottom of the sole. Made in Italy, both the Gucci and adidas logos also feature prominently on the heel and along the contrast-color rubber sole. 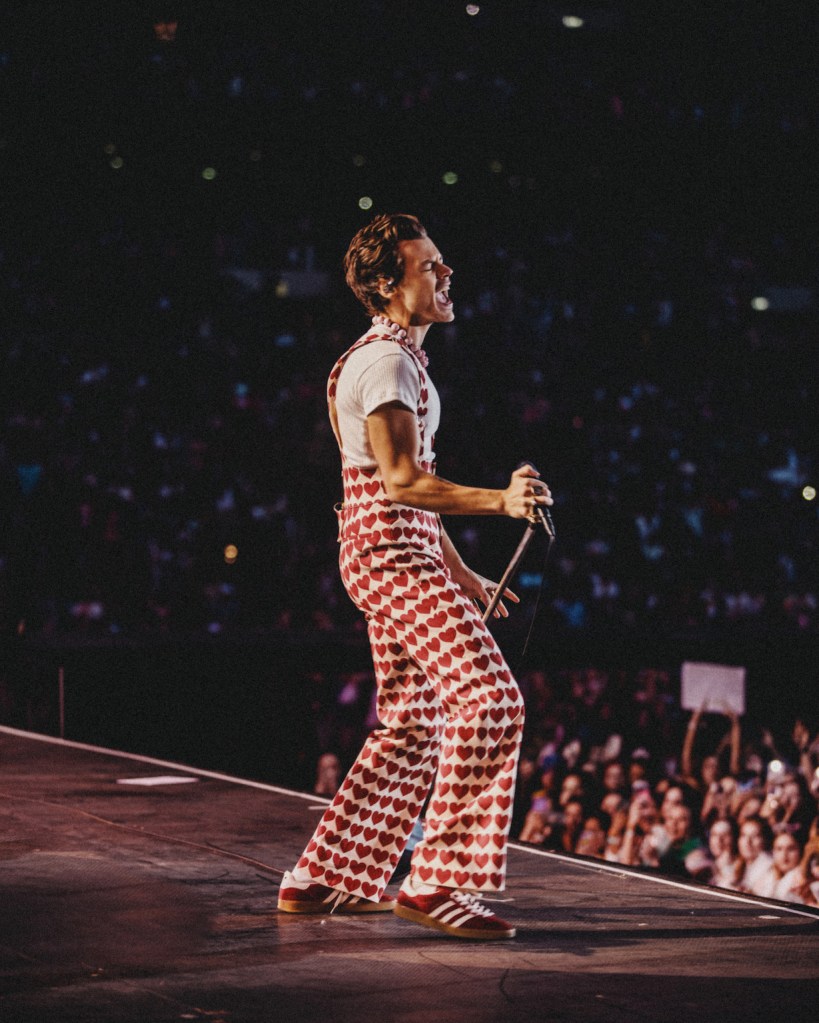 Gucci says the retro-styled shoes were inspired by Michele’s memories of the Eighties and Nineties, juxtaposing the fashionable motifs from the Italian brand with adidas’ contemporary sportswear aesthetic. The finishing details on the shoe use Gucci’s new alternative leather material called “Demetra” (named after the Greek goddess of harvest), which is a vegan-friendly material created from sustainable, renewable and bio-based sources.

The best part: while Styles’ stage outfits are made especially for him, the adidas x Gucci sneakers he’s been wearing are available to purchase online. Available in red velvet, yellow velvet, burgundy velvet and green suede, the Gazelle sneakers retail for $850. The shoes come in men’s sizes 6 to 16. 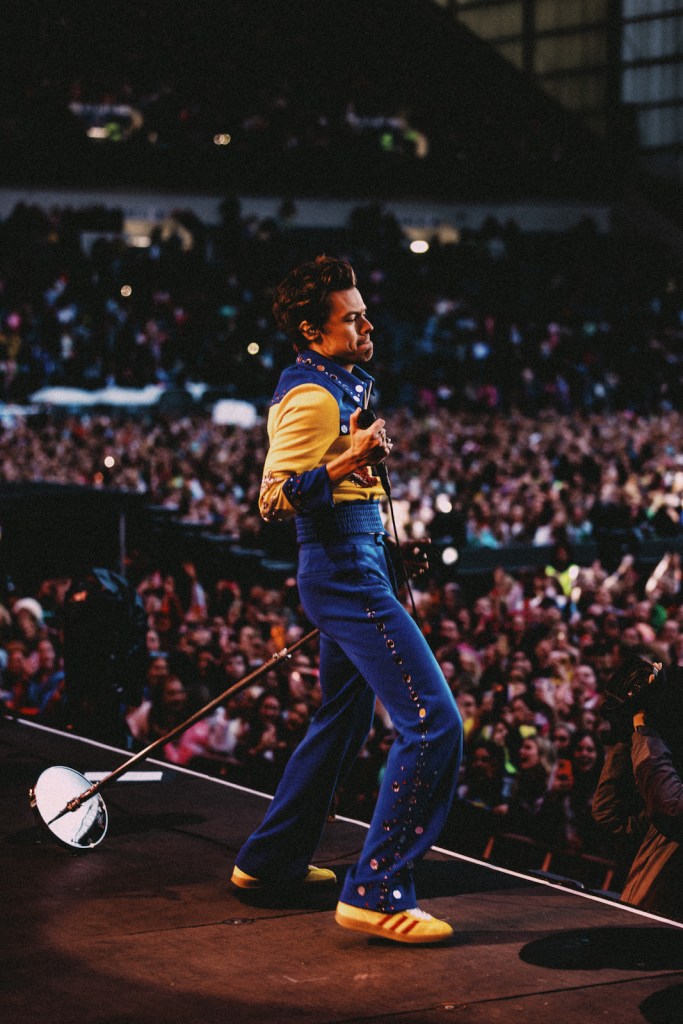 Styles was pictured wearing the “red velvet” adidas x Gucci sneakers during a stop in Berlin last month, and he was recently on stage in the “yellow velvet” pair in Madrid. A picture of him lacing up the “burgundy velvet” pair in Stockholm, meantime, amassed more than four million likes when the singer posted it on Instagram, with thousands of comments calling out the stylish shoe (sample comment: “THIS FIT WAS A YES!”)

The performer and fashion icon has been a longtime ambassador for Gucci, owing to a friendship with Michele that dates back to Styles’ One Direction days. Most recently, Styles teamed up with Michele for the Gucci “HA HA HA” collection (the name is drawn from a combination of “Harry” and “Alessandro’s” initials). Spanning Seventies-inspired outerwear, pants, boho shirting and rakish accessories, the collection is expected to hit stores and Gucci.com this October.

As for music, Styles’ “Love On Tour” heads to North America this week, running through a string of “residency”-style dates in Toronto, New York, Austin, Chicago and Los Angeles before heading to Australia in 2023.