First there was windsurfing. Then there was kite surfing. Now there’s wing foiling — a.k.a wing surfing or just “winging” — the latest, greatest, and fastest-growing sport to hit the water.

Slingshot Sports, a brand early to the trend, says wing foiling sales have increased ten-fold since 2019. And it’s not just the old pros getting into wing foiling; the sport is drawing watersport newbies as well. And since watersports, in general, have finally made it to the mainstream (surfing was recently introduced into the Olympics), the sky is the limit to wing foiling’s popularity.

Whether you’ve never heard of wing foiling and you’re looking for an exciting new hobby — or you’re itching to try it out — read on: below is a complete beginner’s guide to wing foiling, including the best wing foiling gear to buy online right now.

What Is Wing Foiling?

Wing foiling consists of two main pieces: an inflatable, hand-held wing sail, and a hydrofoil board.

Hydrofoil boards (often shorted to “foils”) are surfboards with long center fins and a hydrofoil — a wing-like apparatus — attached to the bottom of the fin. These unique boards “float” about two feet above the water, thanks to the underwater hydrofoil. This system is more energy efficient and much smoother because there’s no friction between the bumpy surface of the water and the board. Wing surfing can also be done with a small SUP board, although the hydrofoil’s energy efficiency and smoothness make it better in most cases.

The wing sail, meantime, gives the surfer more control than wind or kite surfing. Because it’s handheld (you’re not strapped in like you are while kite surfing), you can hold the wing parallel to the wind and coast without any power. When you need power, hold the sail against the wind to get moving. You don’t have to worry about getting dragged through the water during a wipeout, and you don’t have to contend with a cumbersome windsurfing rig.

Put the two pieces together — the wing sail and the hydrofoil board — and you’re ready to go. Check out the video below showing how it’s done.

How Hard Is Wing Foiling?

Although it might look intimidating, one of the great things about wing foiling is that it’s relatively easy to pick up — even if you’ve never done a wind or water sport before. “There’s something intuitive about it,” Wyatt Miller, a wing foiling instructor and Brand Manager at Slingshot Sports, tells Rolling Stone. “We’ve all held an umbrella in the wind before, or held up a sheet in the wind, you know, we’re all kind of familiar with holding some big thing in the wind with our hands,” he says. “Your first day, you’re going to be able to get on the water, on a board, and you’re going to be able to stand up or get on your knees and cruise back and forth.”

Miller also points out that wing foiling isn’t as dangerous as it looks; those hydrofoil fins, he says, are much blunter than people realize at first.

To see if Miller was right — if wing foiling really is that easy — I tried it out for myself. For background, I’ve surfed for years, but never done any wind sports and never used a hydrofoil board. But, nevertheless, I was up and gliding along on my first day. After a couple more sessions, I was able to level up from the SUP board to the hydrofoil and stand up on that too. And just like that, I was addicted.

Ready to give wing foiling a shot? Here’s some of the best wing foiling gear to buy online. Once you’ve got the gear, we recommend checking out Slingshot Sports’ free Wing Foiling Academy here.

The first thing you’ll need is the wing sail. Wings sizes are listed in meters squared and typically range from about 4m² to 6m². Beginners should go with a smaller or medium-sized wing of around 5m², as this will catch a decent amount of wind but won’t sweep you away like a larger wing. 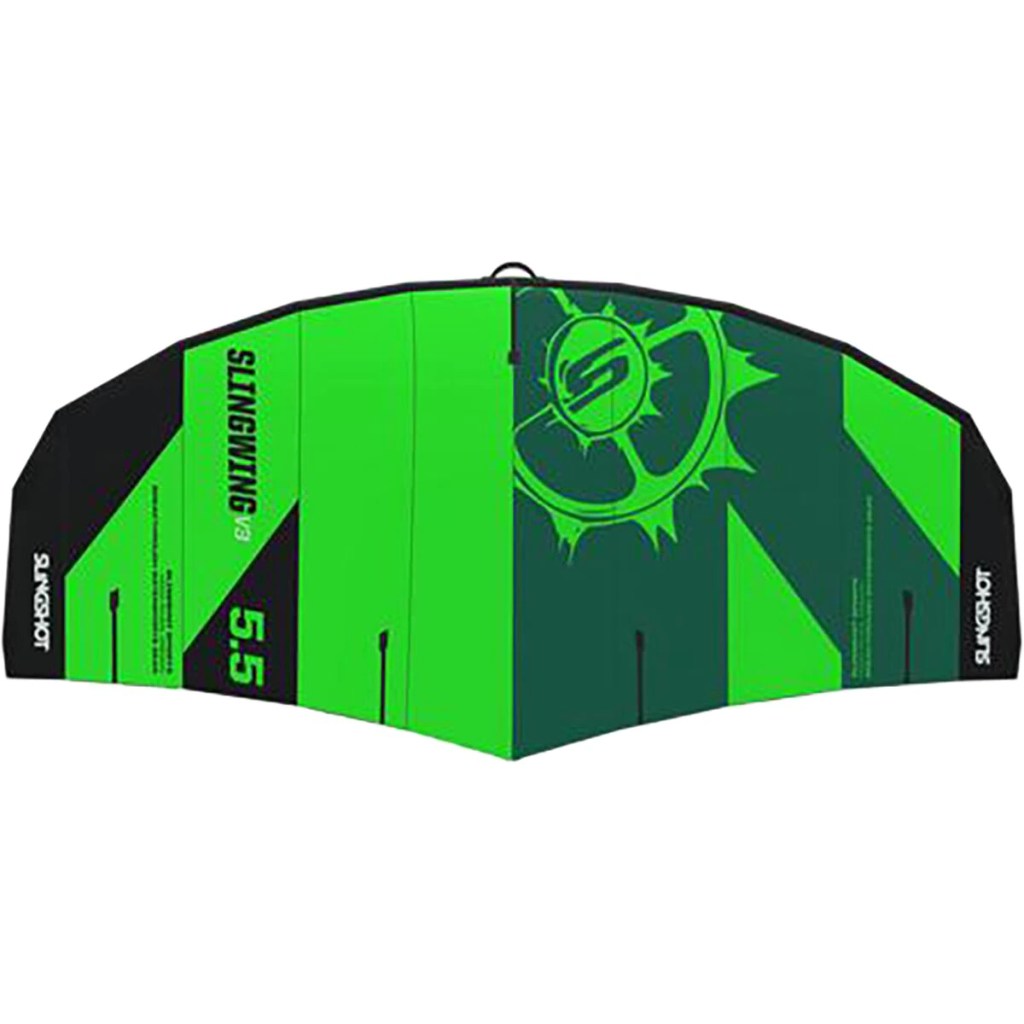 Slingshot is catering more towards beginner wing foilers with approachable, easy-to-use gear such as this SlingWing V3. The wing, which comes in four size options, boasts a durable canopy build and a cambered dihedral shape, which translates to a balance of power and stability out on the water. It also has a nice handle setup and a “one pump speed system” that makes it easy to inflate on the beach. 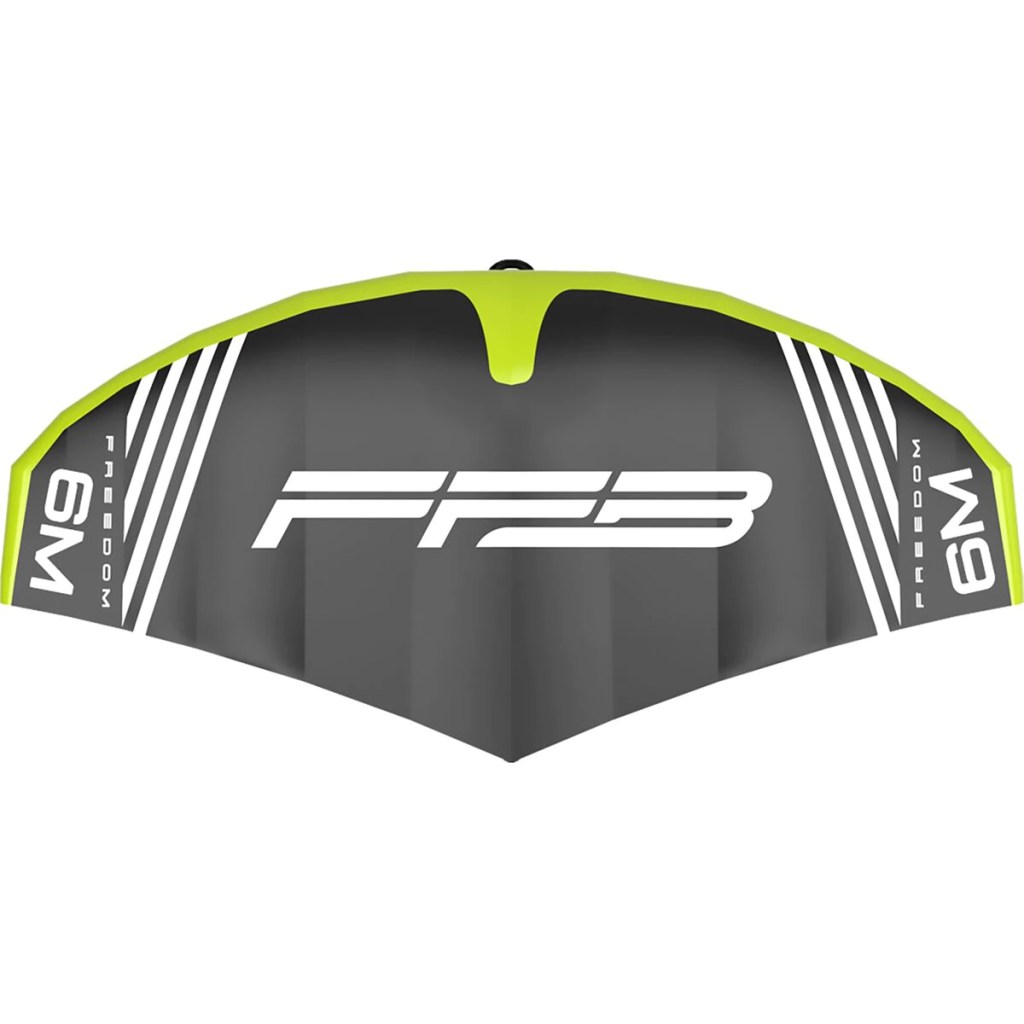 Another good wing is this one from Freedom. It comes in two sizes — 4.2m² for windy days and 6m² for calmer winds — and has a stable “swept dihedral” design. The whole wing is reinforced at stress points to avoid any damage in wipeouts, and semi-rigid handles offer a strong, comfortable grip.

Next, you’ll need a board. Be sure to check a board’s volume (measured in liters). Beginners should have a board that’s around 30 or 40 liters more than their weight in kilograms. We also prefer inflatable boards, as they save a ton of space but provide ample stability and feedback for beginner and intermediate wingers. 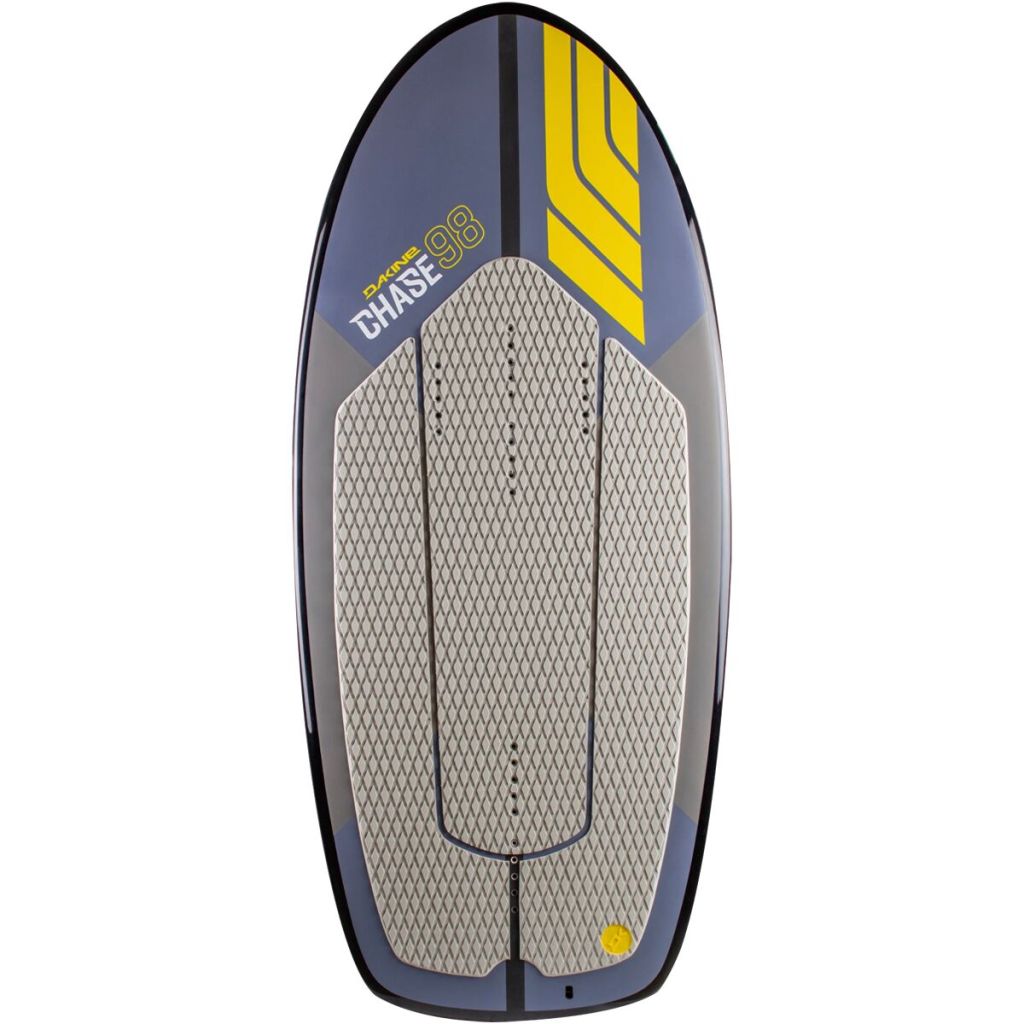 With almost 100-liter volume, this Dakine Chase board works for beginner and intermediate wingers alike. Still, the board’s compact five-foot, four-inch length and an EPS core offer loads of maneuverability and lets you pump easily. 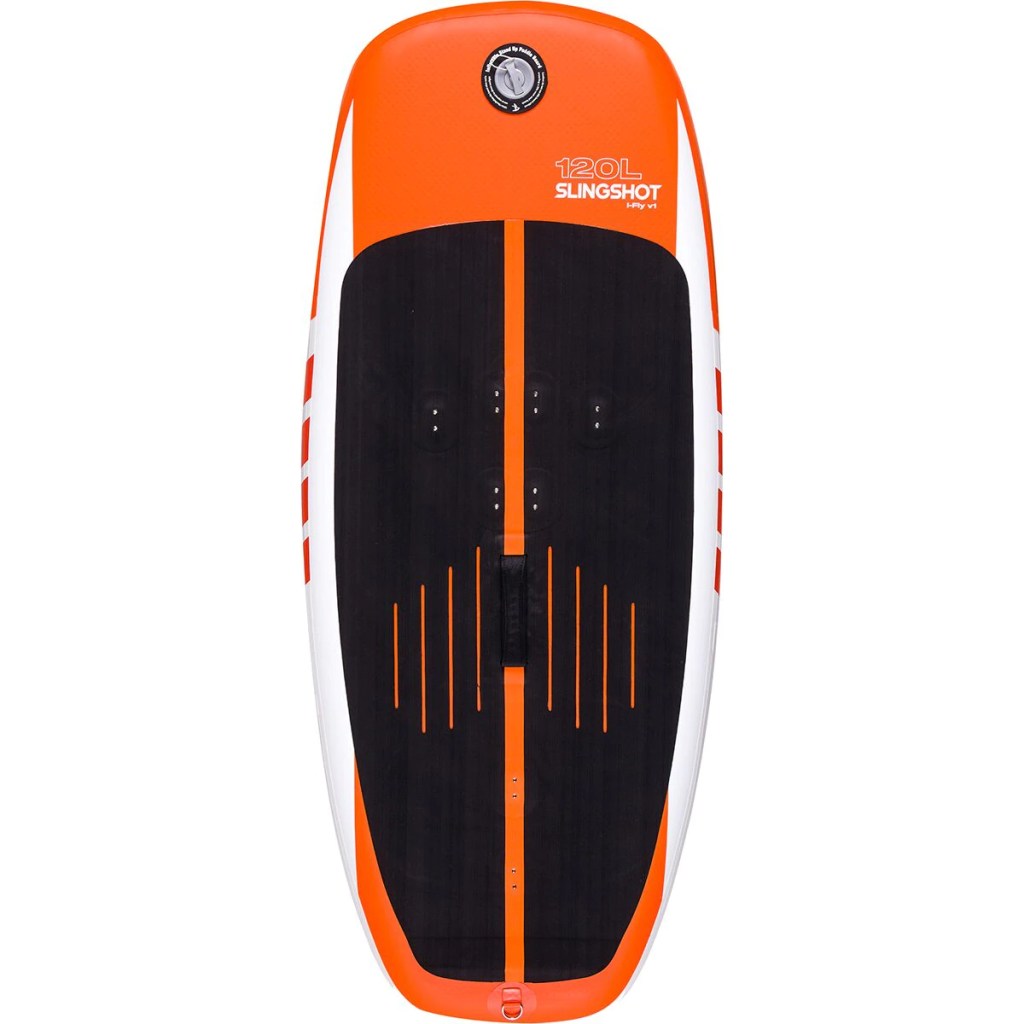 Another great board is this I-FLY V1 from Slingshot. Because it’s inflatable (the pump is included), you can load the board, a deflated wing, and a hydrofoil all into the trunk of a midsize sedan. But once the board is pumped up, it’s rock solid and fully capable of carrying you across the water. At 90 liters, it also gives plenty of stability for beginners. 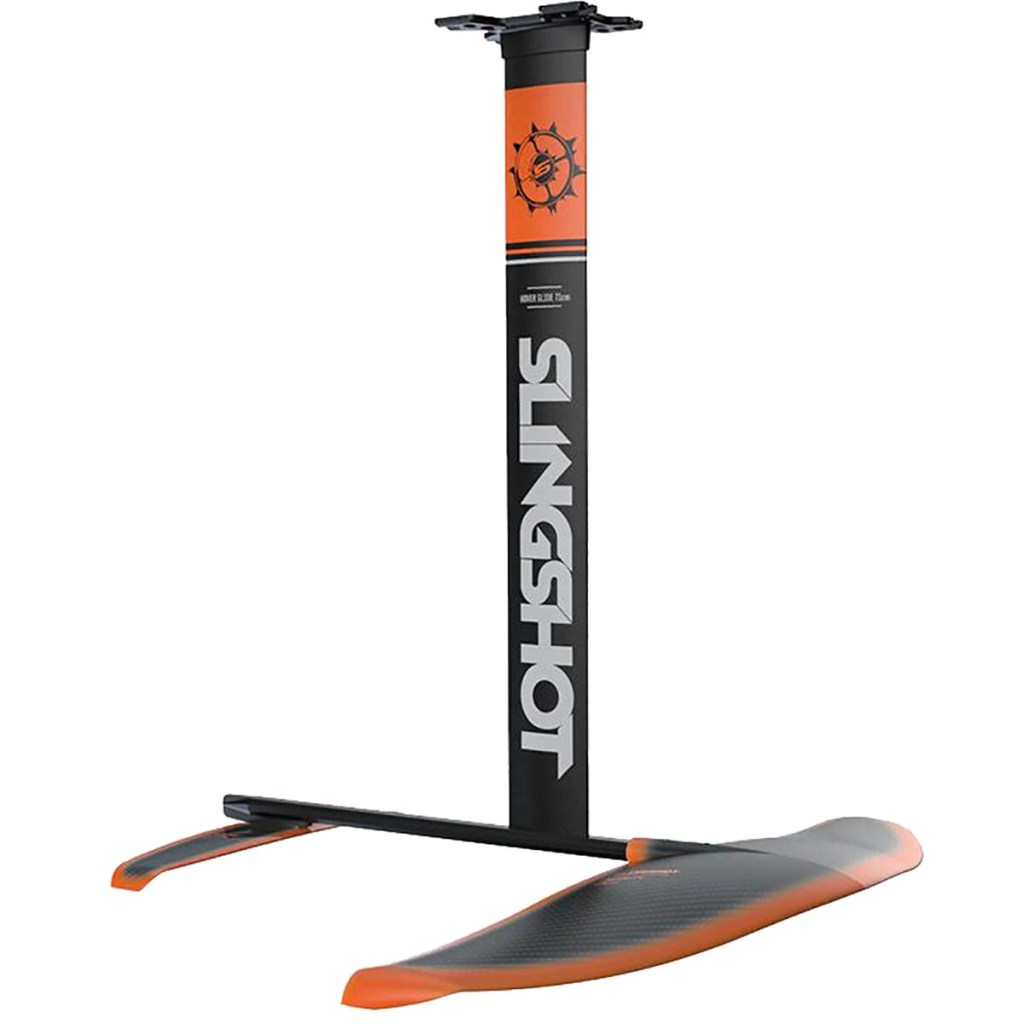 Like its other products, Slingshot’s FWING V1 foil is a great choice for wing foilers of all levels, but even better for beginners. It’s wide and stable as you get used to being in the air, yet maneuverable once you get your footing. It also uses Safe-T Winglets (angled-down points) to reduce the risk of injury during wipeouts. When it’s time to transport the wing, pack it up in an included travel case. 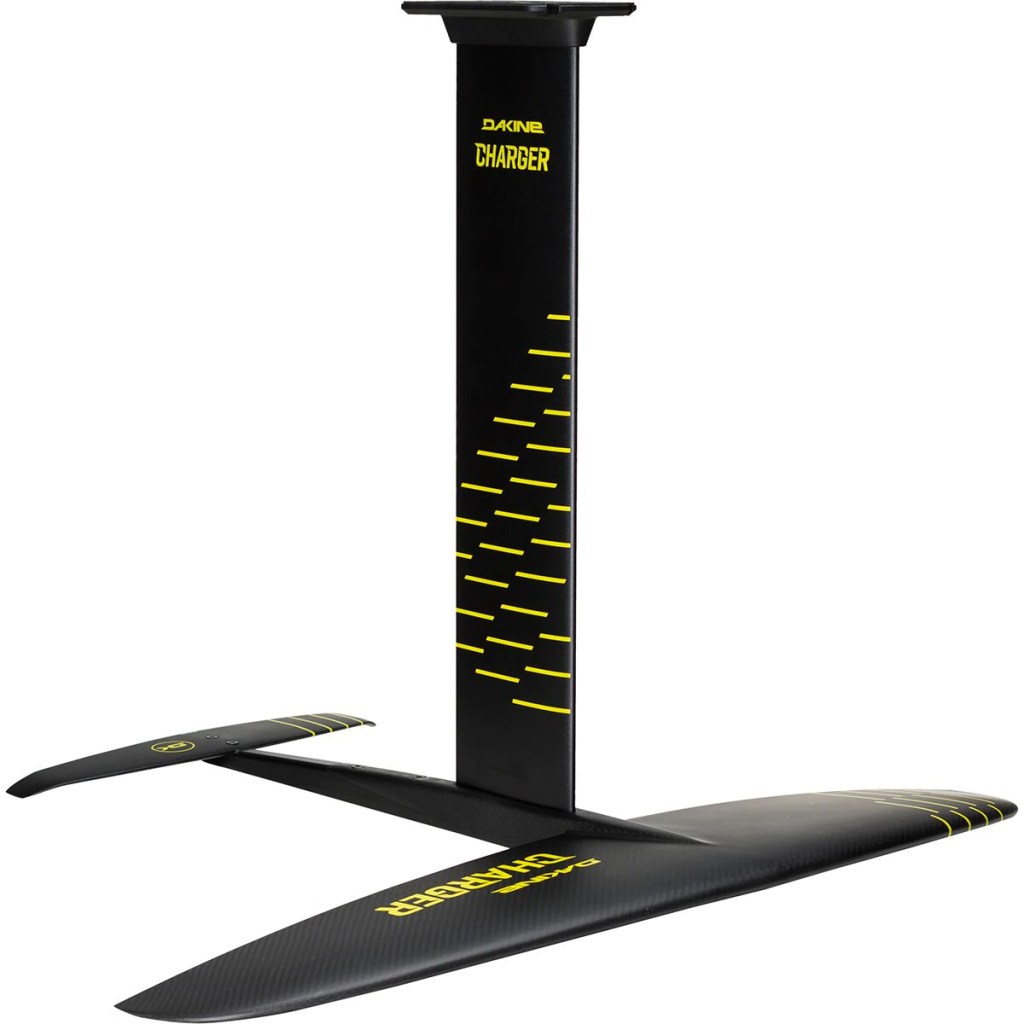 This Dakine Charger foil kit is slightly more high-performance and comes in multiple size options to dial in your setup. Thanks to a high lift and a forward draft, it’s versatile enough to be used for wake foiling and wake surfing, as well as wing foiling, making it a good choice for all-around water-people.