There’s never been a better time to be a whiskey lover. The brown liquor is now more popular, more diverse and, most importantly, more delicious than ever. Plus, with the recent explosion of mixology in the U.S., whiskey is also necessary in any bar for cocktails such as a Don Draper-approved old-fashioned, whiskey sours and Manhattans.

If you’ve been drinking the stuff for years, you’re in a good place. If you’ve just decided to delve into the whiskey world for the first time, we envy you. But with so many whiskey brands now available, it can be tricky to find the best – whether you’re a connoisseur or a newbie. To help you find the best stuff out there, we’ve rounded up some of the brands that whiskey drinkers are talking about right now.

What Are the Different Kinds of Whiskey?

Before trying a new bottle of whiskey, it’s important to remember the core varieties. Below are eight of the most important types of whiskey to be familiar with.

Bourbon: Bourbon is the go-to for many whiskey drinkers because it has a sweet, smokey flavor that’s easy to sip on its own or mixed in an old fashioned. Sometimes called American whiskey, bourbon is corn-based (at least 51% corn, to be exact), aged in a charred oak barrel and 80 proof or higher.

Tennessee: Tennessee whiskey is technically bourbon, but Tennessee whiskey distillers might not agree with that. This is because Tennessee whiskey must be produced in the state using a charcoal steeping process called the Lincoln County Process before aging. This mellows the whiskey, creating a smoother taste.

Rye: Rye whiskey is pretty self-explanatory: it must be made primarily from rye. The American whiskey uses the same aging process as bourbon in charred oak barrels. It also yields a spicy flavor that makes it the whiskey of choice for certain cocktails such as Manhattans.

Scotch Whisky: The Scots make their whisky (spelled without an “e”) using malted barley or grain, oak casks and an aging process of at least three years. Scotch’s flavor is often likened to bourbon but shows off some extra “bite” and salt-caramel notes.

Japanese Whisky: Japan didn’t start exporting their whisky (also without an “e”) to the U.S. until the 21st century. We’re very glad they did. Japanese whiskys have blown-up thanks to a wonderfully dry, smokey flavor. It’s made from double-malted or peated barley and uses a distillation process inspired by Scottish whisky makers.

Single Malt: When a bottle of whiskey is made from a single batch it’s called single malt. Although single malts are originally a Scottish tradition (hence, “malt”) many whiskey brands outside Scotland use the term to denote a single-batch whiskey.

Blended: Blended whiskeys are made using multiple types of whiskey. Most big-name whiskeys fall into this category as they’re more affordable and great as go-tos for cocktails.

Bourbon doesn’t get much better than this Henry Mckenna Single Barrel. It won “Best in Show Whiskey” at the 2019 San Francisco World Spirits Competition, which is one of the highest honors for any brand. Plus, this bottle is only the second bourbon to get the award.

Henry Mckenna is part of the Kentucky-based Heaven Hill Distillery, which is known for other award-winning whiskeys such as Elijah Craig Bourbon, Larceny Bourbon and Pikesville Rye Whiskey. This specific bottle of Mckenna comes from a single barrel of bourbon that’s been aged 10 years, but despite that prestigious number, the whiskey isn’t too expensive at all. 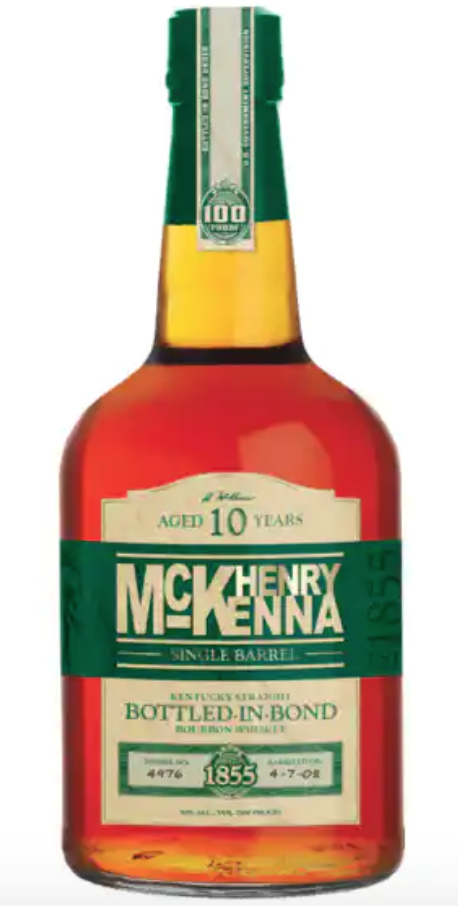 Whether you’re looking to try your first serious Irish whiskey or in need of branching out, this Redbreast 12-Year fits the bill. The whiskey is made from a mash of malted and un-malted barley, that’s triple-distilled and aged 12 years in Bourbon-seasoned American Oak barrels and Oloroso sherry-seasoned Spanish oak butts. These unique barrels give the whiskey a fruity aroma and complex flavor with tastes of sherry, fruit and cream.

We’re big fans of the Redbreast distillery because they’re staunchly traditional. They’re the best-selling single pot Irish whiskey in the world, producing rich bottles since 1857. As with most high-quality Irish whiskeys, this stuff should be enjoyed neat or on the rocks. If you want a cocktail, we suggest using a different bottle.

This Cask Strength Rye Whiskey from Knob Creek is another San Francisco World Spirits Competition winner, earning “Best Rye Whiskey” back in 2018. It’s the first limited rye that Knob Creek has released (although we don’t know just how limited), with each bottle indicating that it was barreled in 2009. Knob Creek was introduced in 1994 as an upscale brand under Jim Beam, making it a fairly young label by American whiskey standards. Nevertheless, it has quickly become a favorite of many whiskey lovers.

The “Cask Strength” designation translates to a whiskey that’s really, really strong; this bottle has an ABV of 59% ABV. The taste follows suit, bursting with flavors such as tropical fruits, citrus oil, and peach nectar. The finish is — you guessed it — strong, with a rich spiciness, and notes of charred oak and honey. Be sure to sip this slow, or maybe even dilute it with a splash of water to unpack the full flavor. 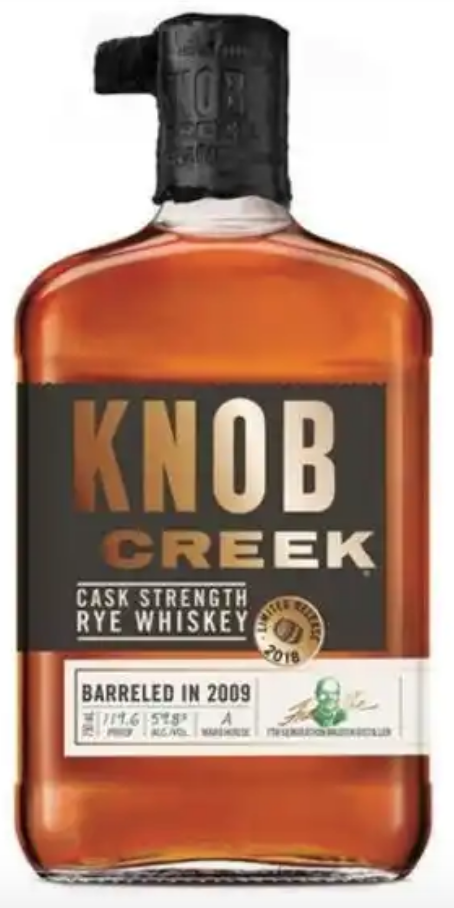 Macallan is a fixture in the high-end whiskey world. They’ve been around since 1824, and they’re still one of the best-selling Scotch brands in the world. In fact, they were one of the first to mass-produce single malt whiskey.

We like Macallan’s Sherry Oak 12-Year for two reasons: firstly, it’s matured in unique Oloroso sherry-seasoned oak casks from Spain. These casks introduce a bit of fruitiness and floral spice to the flavor. Secondly, with 12 years of age, it’s a mature, premium scotch – yet much more attainable than Macallan’s older bottles (which go as high as 72-year and can run you upwards of $10,000).

Macallan makes a Speyside whiskey, meaning they’re distilled in Strathspey, Scotland, which just happens to be the home of the other two best-selling Scotch whiskeys in the world: Glenfiddich and Glenlivet. Speysides are characterized by a sweeter and fuller flavor that’s more approachable for beginner whiskey drinkers.

Japanese whiskys have quickly grown in size and scale over the past couple of decades, becoming big enough to rival the old dudes in Europe and the U.S. Whiskey connoisseurs haven’t always been excited to branch out to a whole new continent, but they’ve continued buying from Japan because the whisky has a rich sharpness and spice that can’t be found elsewhere. Leading the charge from Japan is Suntory, a brand with three distilleries in the Chita Peninsula, Yamazaki and the Japanese Alps.

Suntory’s Toki whisky is their best-seller with a very reasonable price tag and flavor that works on its own or in cocktails. The name, Toki, translates to “time,” and denotes the Toki’s blend of variously-aged whiskys from each of Suntory’s three distilleries. Tasters have noted the Toki’s accessible lightness (making it excellent as an introduction to whisky/whiskeys) and flavors of oak, honey and vanilla.

George Dickel is the second-largest Tennessee whiskey distillery, but it’s far less well-known that the largest, Jack Daniels. However, George Dickel is often considered superior in quality, and this Barrel Select is the brand’s finest bottle. It’s first steeped in charcoal, mellowing the bite, and then aged 10 to 12 years. Finally, ten barrels are hand-selected by George Dickel’s Master Distiller, John Lunn.

The award-winning flavor is marked by caramel and corn with hints of vanilla, oak, clove and rye. These fade slowly, leaving a satisfying finish of caramel, cinnamon and vanilla. It’s a premium bourbon, so it’s best enjoyed neat with a drop of water, but also works for making upgraded bourbon cocktails. 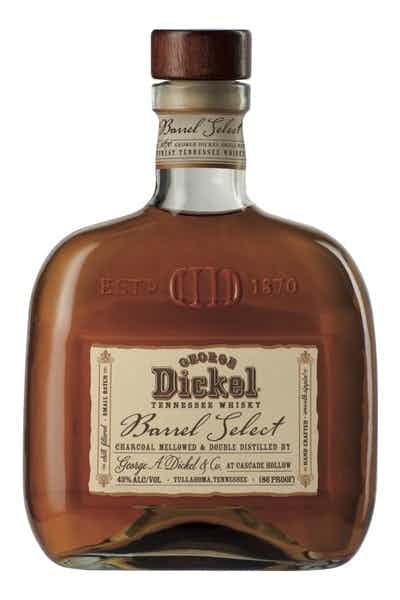 Chicken Cock was originally established in 1856 out of Paris, Kentucky. It wasn’t until years later during prohibition, however, that Chicken Cock became popular as the house whiskey of the Cotton Club, one of the most legendary prohibition speakeasies. Because the brand survived through America’s prohibition, they still know how to make whiskey as they did in the good old days.

This bottle of Kentucky straight bourbon is overseen by Master Distiller and 40+ year veteran Gregg Snyder. The flavor is complex, ends with a smooth finish and boasts a spicy pepper taste. At 90 proof, there’s some real heat, so we suggest enjoying this Chicken Cock neat and slowly.

Most whiskey distillers get experimental with different wood, blends or aging. Jefferson’s takes this experimentation even further with their Ocean Aged at Sea Bourbon. After eight years of aging on land, the bourbon is aged an additional five to ten months on an OCEARCH shark tagging vessel. This time at sea develops the flavor profile by exposing the bourbon to temperature fluctuations, salty air and the rocking motion of a ship.

The result of this wild aging process is a unique, complex whiskey that everyone should try. The saltiness of the ocean air is certainly present, while extra wood tannin extraction creates aromas of vanilla, caramel and burnt matches. 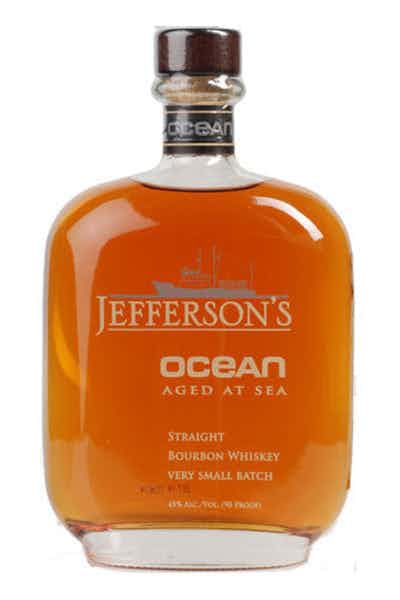 After India was introduced to Scotch in the 19th century, they quickly started making their own. Today, India might not be known as a major whisky producer, but they make liquor that’s worthy of any connoisseur’s bar. One of India’s best whiskys is Paul John, a premium single malt launched in 2008 to compete in the high-end market.

Paul John’s Classic Select Cask is made using exclusively Indian-grown ingredients in Indian-made equipment. The whisky is distilled and aged in the tropical region of Goa, increasing maturation speed. The end result is a strong, rich liquor that packs a punch. 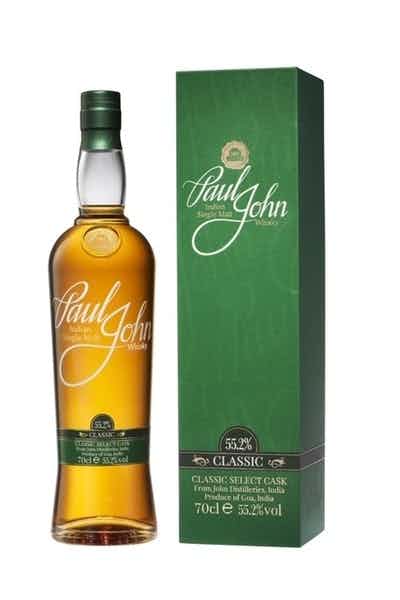 If you prefer a nice whiskey cocktail there’s no need to splurge on a premium bottle for sipping and discussing. Instead, go for a beloved classic such as Maker’s Mark Bourbon.

Maker’s Mark sets itself apart with a recipe that doesn’t include rye (reportedly because founder Bill Samuels didn’t like rye in his bread). Without rye, Maker’s Maker allows the corn, malted barley and red winter wheat to do the talking. The flavor is less spicy, with more sweetness and citrus.

Although Maker’s Mark will hold its own simply on the rocks, it really does best in a great cocktail. We like the classics (old fashioned’s, boulevardiers, Manhattans, etc), but also suggest trying lesser known recipes like a Lynchburg Lemonade or Whirl-Y-Gig. 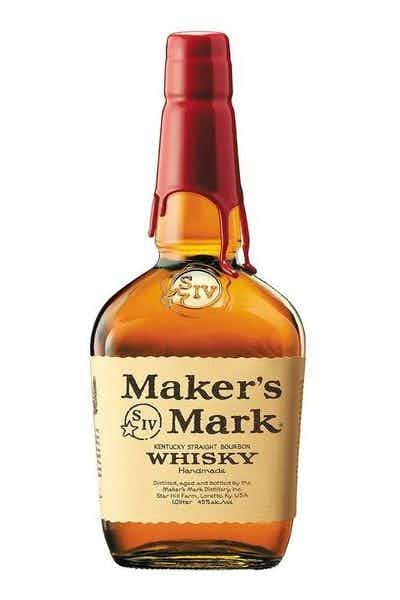