Star Trek has had a long and storied history, ever since the late 1960s with countless TV series, movies and novels released. Now, the Star Trek universe continues to expand with season 2 of Star Trek: Picard streaming on Paramount+ and Star Trek: A Strange New World set to premiere on May 5th on Paramount+.

If you’re a major Trekkie, this is big news for you, and the excitement is going to just keep on coming, especially with Star Trek 4 set to make its debut in December 2023, almost seven years after the last Star Trek movie hit cinemas. 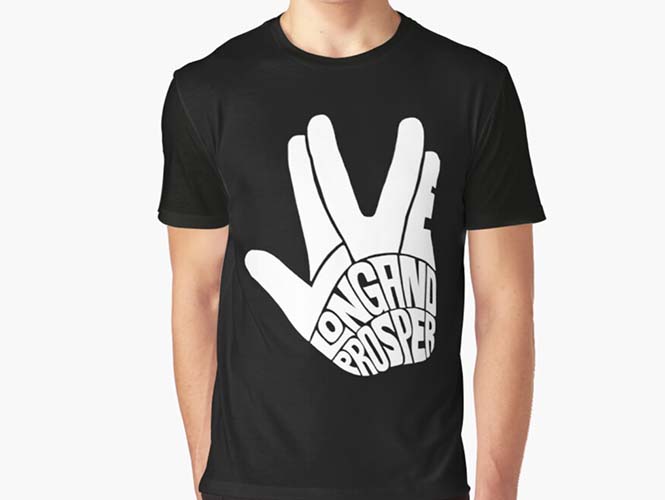 Redbubble has a whole section dedicated to all things Star Trek from T-shirts to stickers and notebooks. One product we recommend is the “Star Trek Live Long and Prosper” unisex tee which is available in a variety of different colors from classic black to bright orange.

The print decal on this graphic tee is the Vulcan salute with the words “Live Long and Prosper” embedded inside. You can even choose where the print goes, on the front or the back of the tee. The tee itself features a relaxed, casual fit, allowing you to pair it with a pair of blue jeans or layer it under a jacket on colder days.

Don't Look Twice, You Can Really Get the Ring Doorbell Camera for Under $40 Right Now 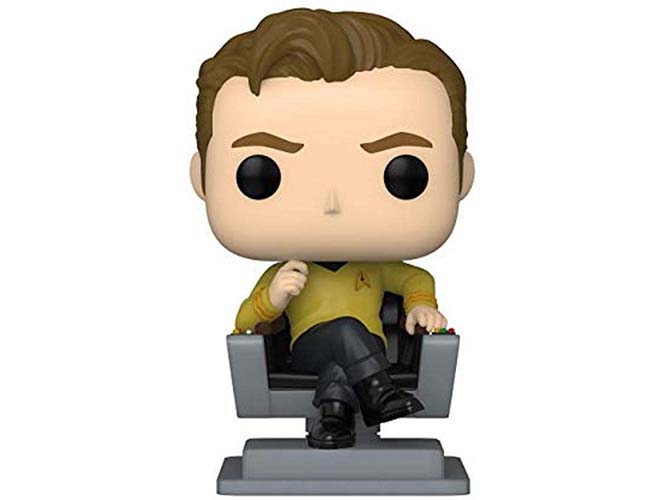 Funko Pops are a great addition to your office desk, bookshelf or nightstand table and the brand’s got a whole collection of Star Trek-themed bobbleheads.

We recommend this Captain Kirk one which depicts this famous character seated in the captain’s chair in his quintessential pale yellow shirt. The entire figurine is about 4.5-inches tall and weighs just about a gram. Trekkies loved it too, with many saying it’s a must-have for William Shatner fans — the original (and best) Captain Kirk. 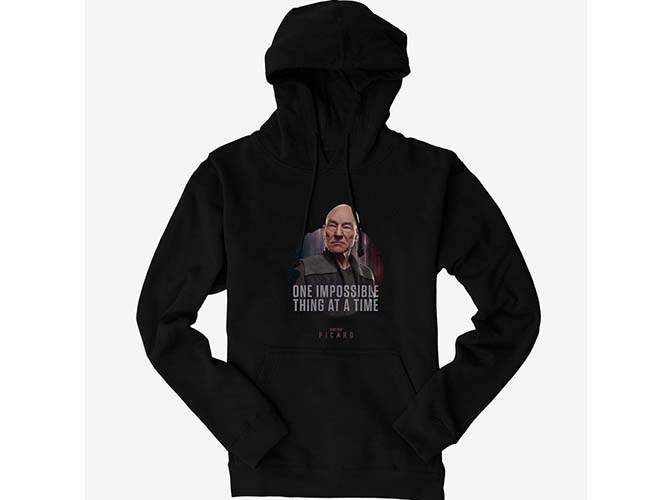 Hot Topic is another brand with licensed Star Trek merch, and they’ve even got a couple of new releases Star Trek: Picard.

We like this “One Impossible Thing At A Time” sweatshirt that’s got Patrick Stewart’s Jean-Luc Picard embroidered on it. There are four muted colors to choose from and it’s unisex so both you and your significant other can take turns wearing it. Not your style? There’s a lot more Star Trek merchandise to choose from, check out the full collection here. 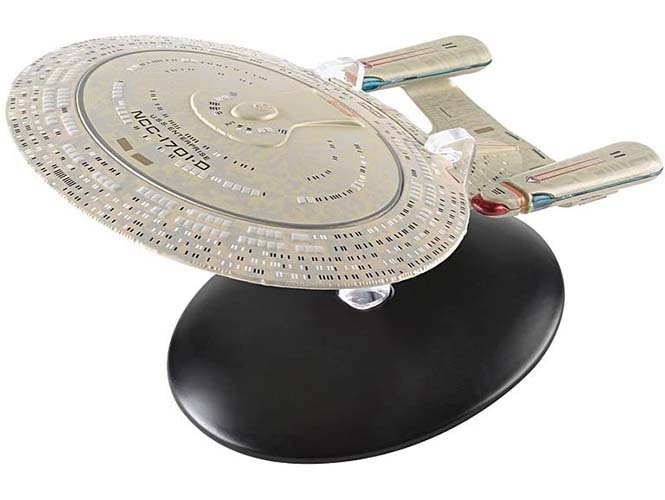 Every Trekkie knows that there’s no Star Trek universe without the U.S.S Enterprise — which was the main setting for the original Star Trek TV series.  This true-to-form replica is built from an ABS (type of hard plastic) material and comes in a box and stand so you can display your ship with pride. It’s only about four inches tall and six inches wide, according to the brand which means you can use it as home decor or as a keepsake for your office desk. 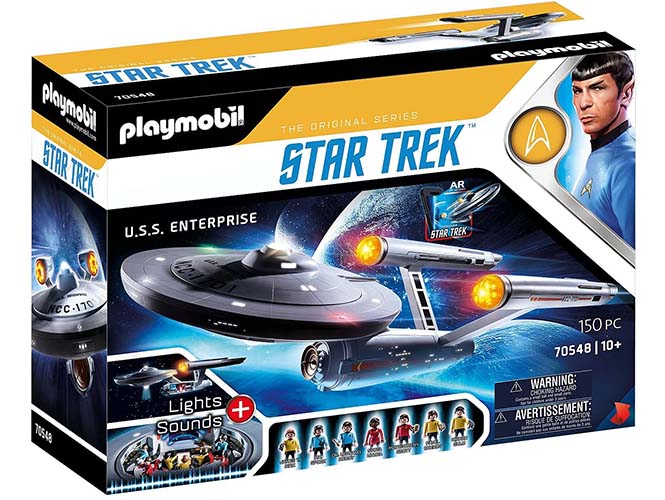 For a more interactive and wider model, go with the Playmobil Star Trek U.S.S. Enterprise that comes with lights and sounds, inspired straight from the Star Trek TV series.

This collectible is compatible with the Playmobil Star Trek AR app which allows you to interact with beloved characters like Spock, Captain Kirk and Scotty. The design is also pretty accurate with Captain Kirk’s chair in the middle surrounded by the rest of the crew. And, you can either place this collector’s item on the stand or even suspend it with the aid of a hanging device. 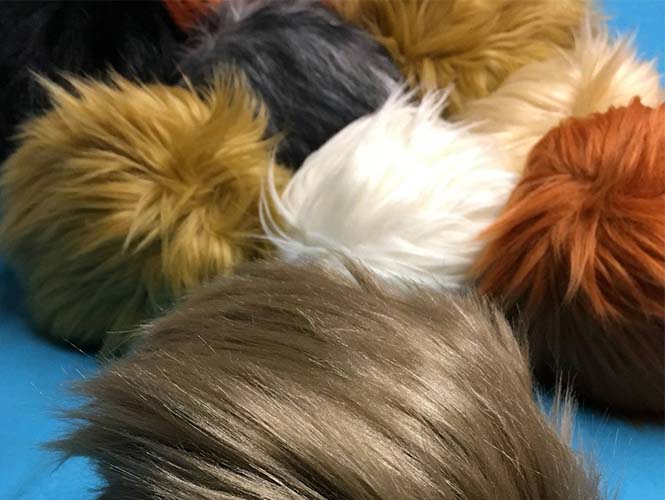 Tribbles were a small, gentle alien species introduced early on in the Star Trek universe. This Tribble Plush from Etsy is just about six inches in size and comes in a couple of different colors, so you can pick your favorite. If you’ve got a whole household of Trekkies, you can even bulk order these Tribble plushies. 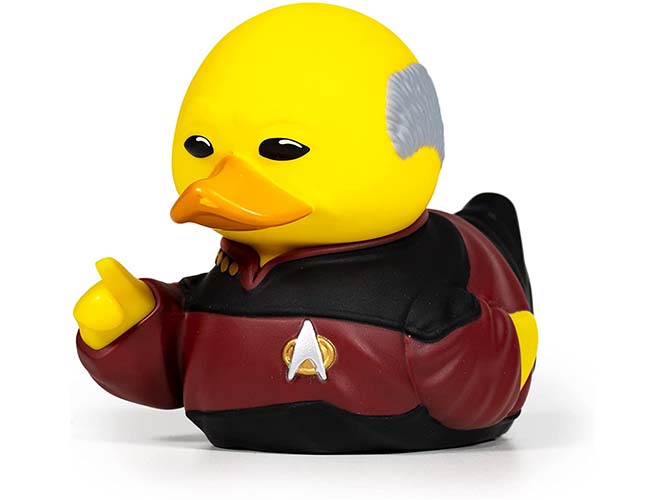 If you’ve been recently binging Star Trek: Picard, we suggest picking this Jean-Luc Picard Duck Figurine which features the iconic pose of the popular character. This vinyl figurine also comes packaged in a Star Trek tub display stand. You can even collect the rest of the TUBBZ Starfleet to add to your collection. 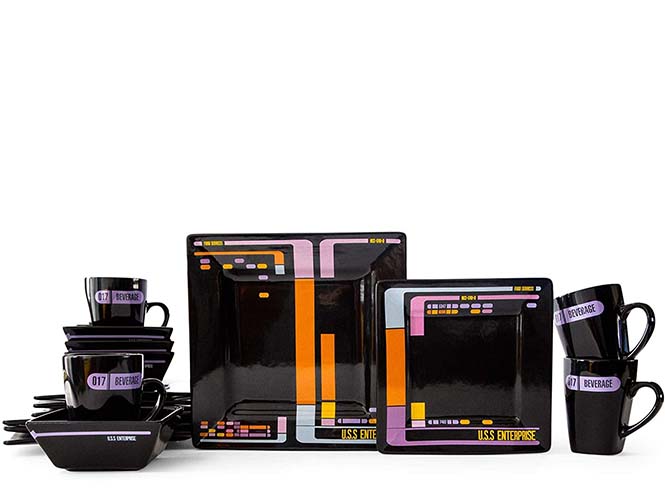 Whether you’re looking to throw a Star Trek-themed dinner party or are just in need of new dinnerware, go with this 16-piece ceramic Ukonic Star Trek: The Next Generation Dinnerware Set.

You’ll get four dinner plates, four salad plates, four bowls and four mugs. Each piece also features a futuristic design based on the LCARS interface — the computer operating system used in Star Trek: The Next Generation. Plus, every bowl and plate is also both microwave and dishwasher safe for easy cleanup after you’ve served your own version of Hasperat and Gagh.