CDs and vinyl might not be as popular as they used to be, but music fans still need something physical to rep their favorite artists. Hence the rise of tour tees and artist merch. From throwback T-shirts of old school bands to merch from current artists, the best tour tees are now more than concert memorabilia: They’re an artifact of your music taste — not to mention a stylish addition to anyone’s wardrobe.

If you’ve tried to find good band merch in recent years, you’ve likely encountered some difficulty. Demand is high for both vintage and modern music tees, resulting in a market permeated by knock-offs, high prices and lots of sifting work for shoppers.

However, there’s another option besides digging through thrift stores and scrolling on re-sale sites: Amazon. The retail giant’s Artist Merch Shop boasts an impressive collection of officially-licensed merch, including some of the best tour tees from acts like Queen, The Rolling Stones and Justin Bieber. All of the tees look like something you might score at a thrift shop — only free of stains or holes. Plus, most of the tees can be delivered to your door in two days with an Amazon Prime membership (get a 30-day free trial to Prime here).

Whether you’re shopping for yourself or looking for a great gift, check out all of Amazon’s officially licensed tour tees here and see our favorites below. 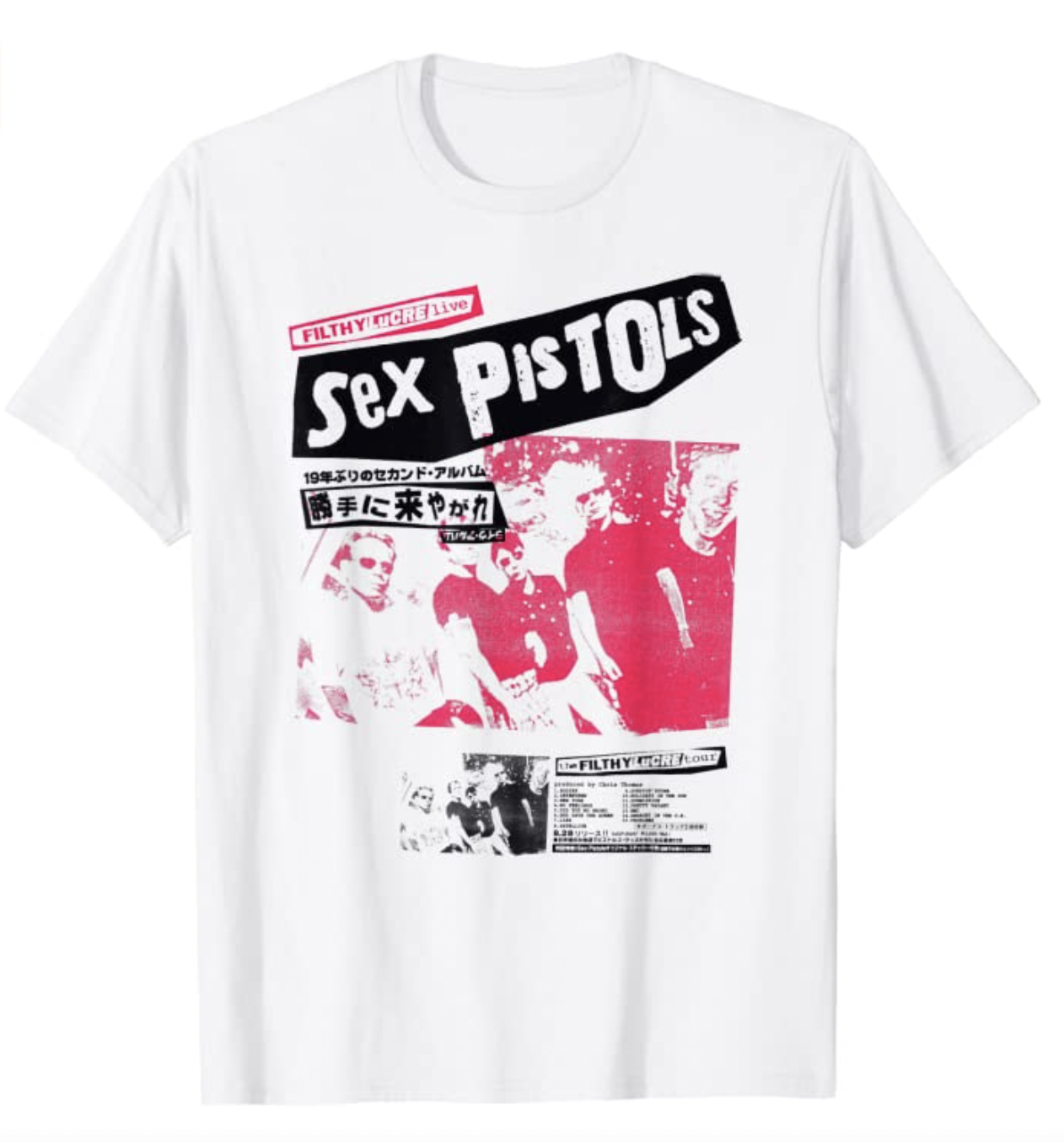 In 1996, the Sex Pistols reunited for the Filthy Lucre Tour. Although Johnny Rotten acknowledged the reunion as a cash-grab (“we’ve found a common cause, and that’s your money,” he said during a press conference at the time), the tour produced some killer merch, such as this tee from the Japanese stop. 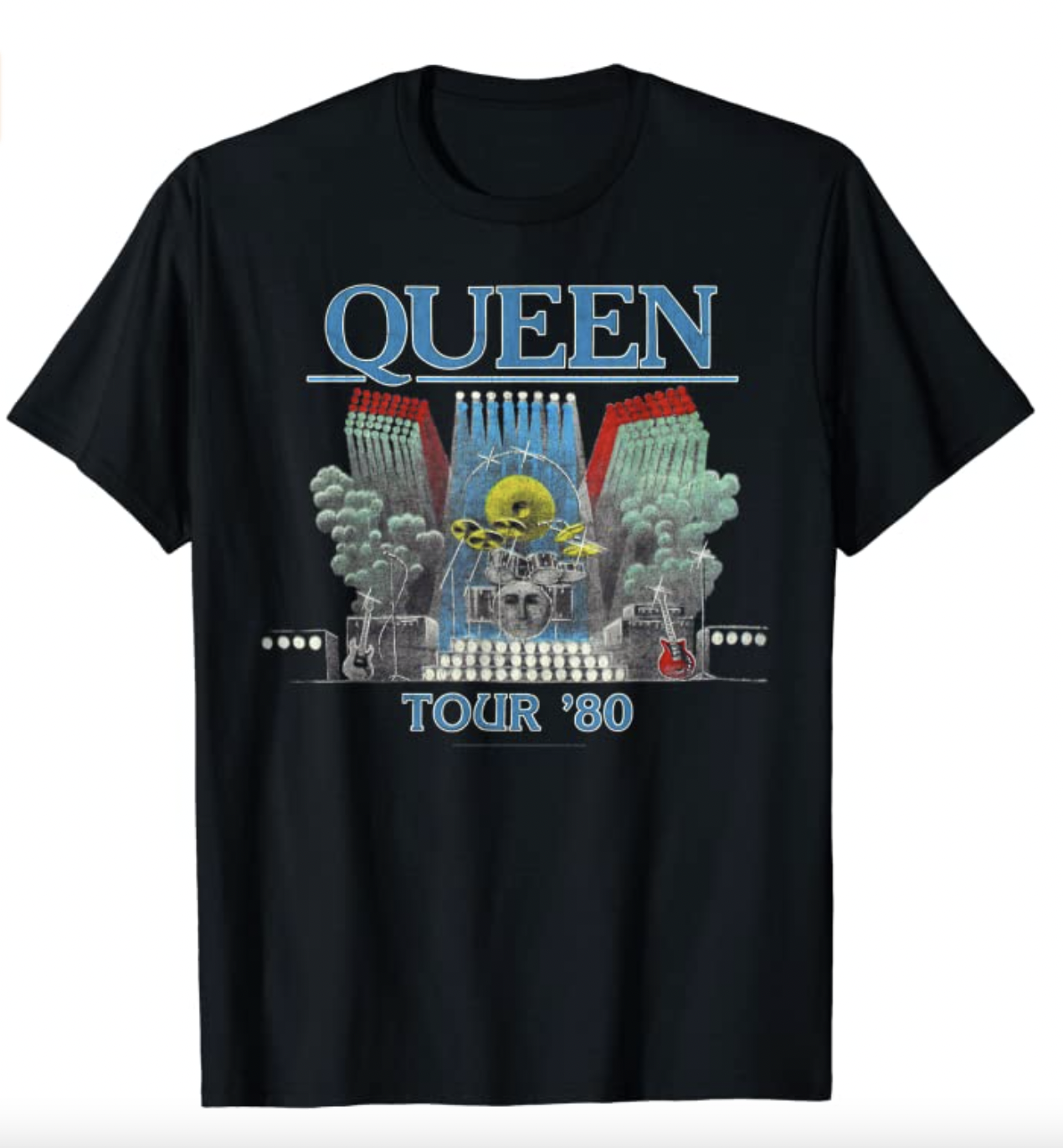 With Bohemian Rhapsody still (somewhat) fresh on our minds, it’s a good time to rep Queen. The band’s 1980 tour, showcasing their album The Game, is memorialized in this bold T-shirt. Smokey stage graphics and eighties font give the tee an authentically Queen vibe while a lightweight cotton build makes it comfortable. 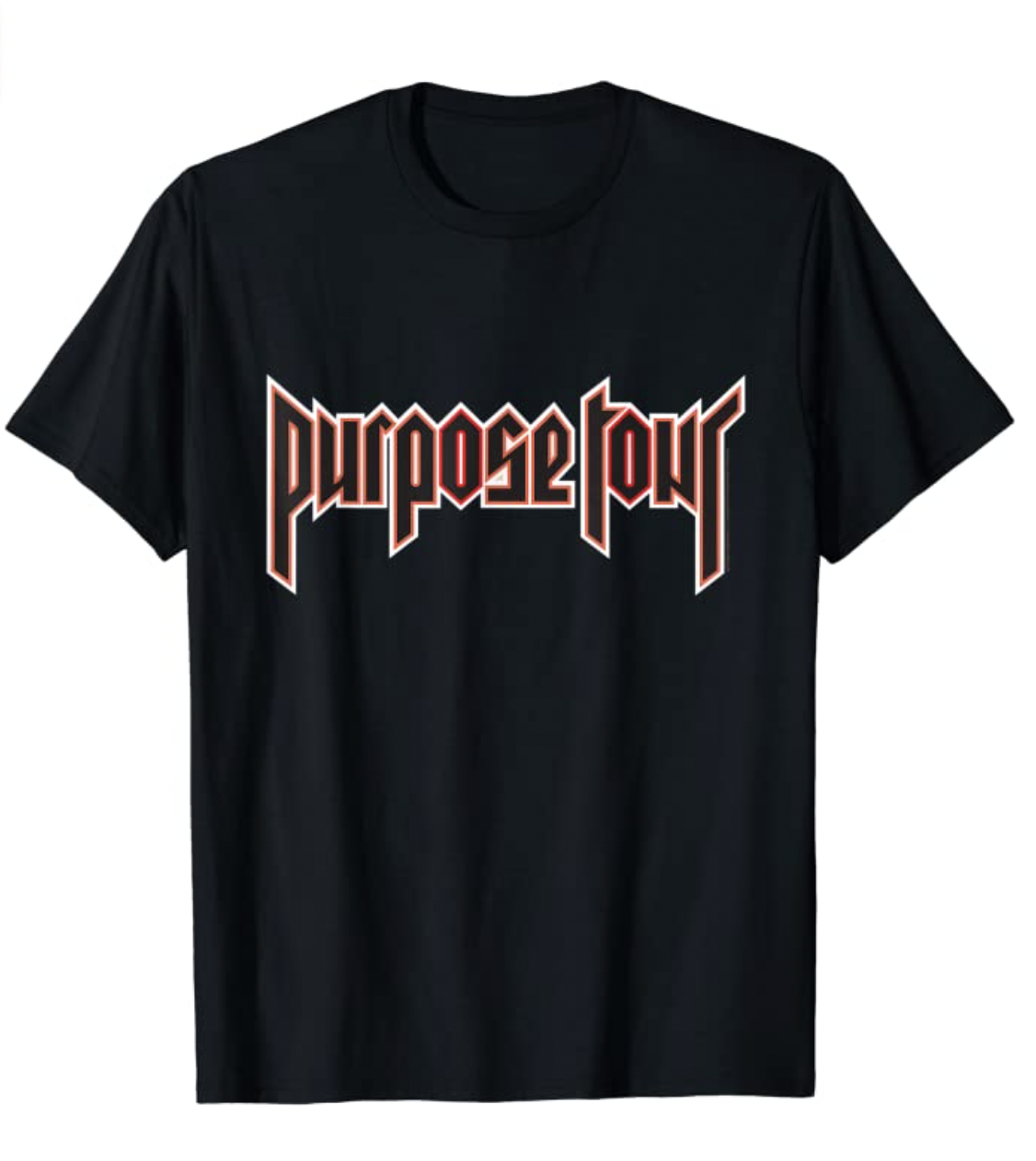 For modern pop fans, check out this Purpose Tour T-shirt. The Purpose Tour was Justin Bieber’s first North American stadium tour, and it played an important role in his transition from child star to adult celebrity (now he’s launching his own cannabis line). 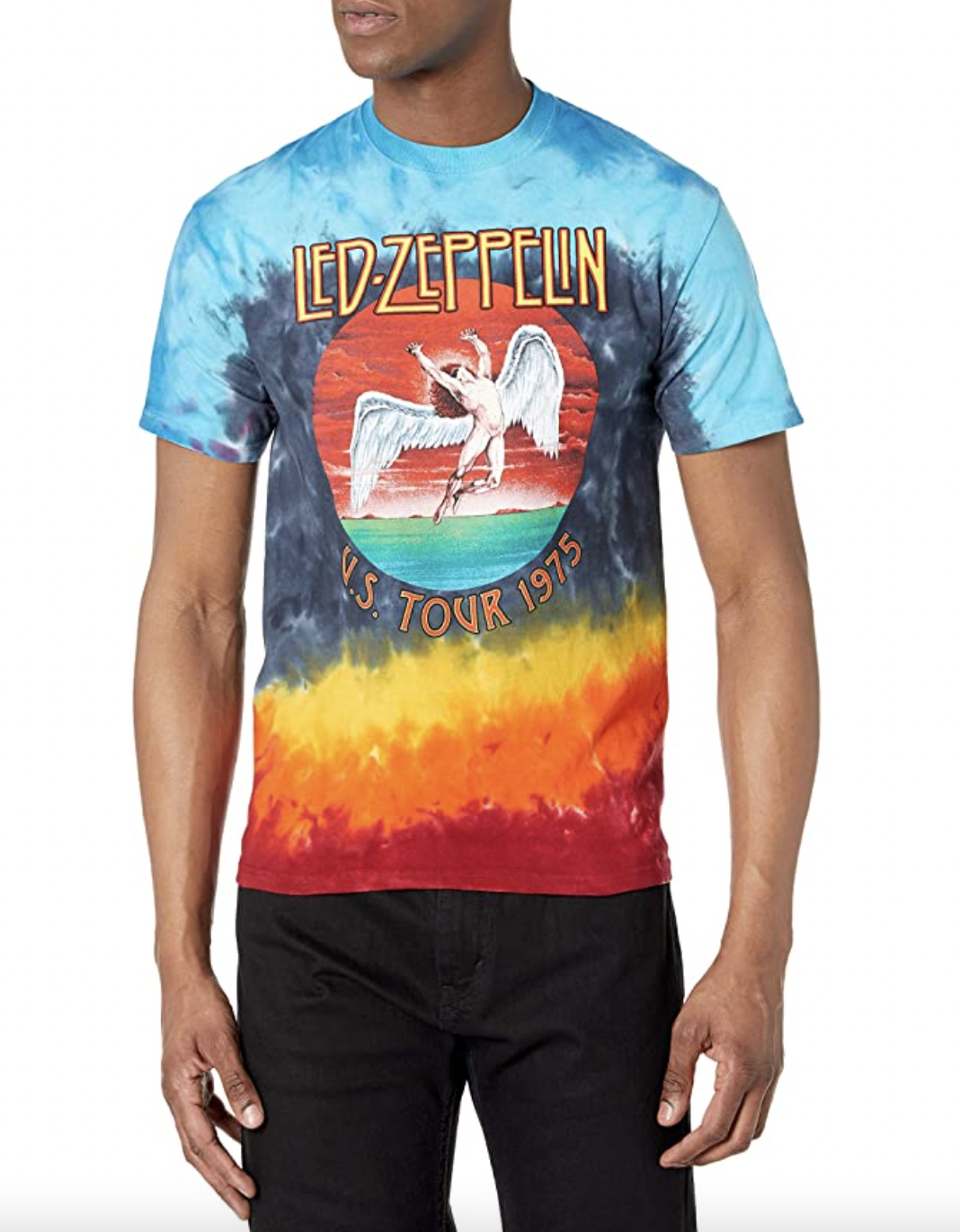 While we patiently await the release of Becoming Led Zeppelin, the first-ever band-authorized documentary about the group, we’re also eyeing this officially licensed Led Zeppelin T-shirt. Commemorating the legendary band’s 1975 tour, the shirt is a clear throwback with a bright tie-dye pattern and the band’s bold Icarus logo on the chest. 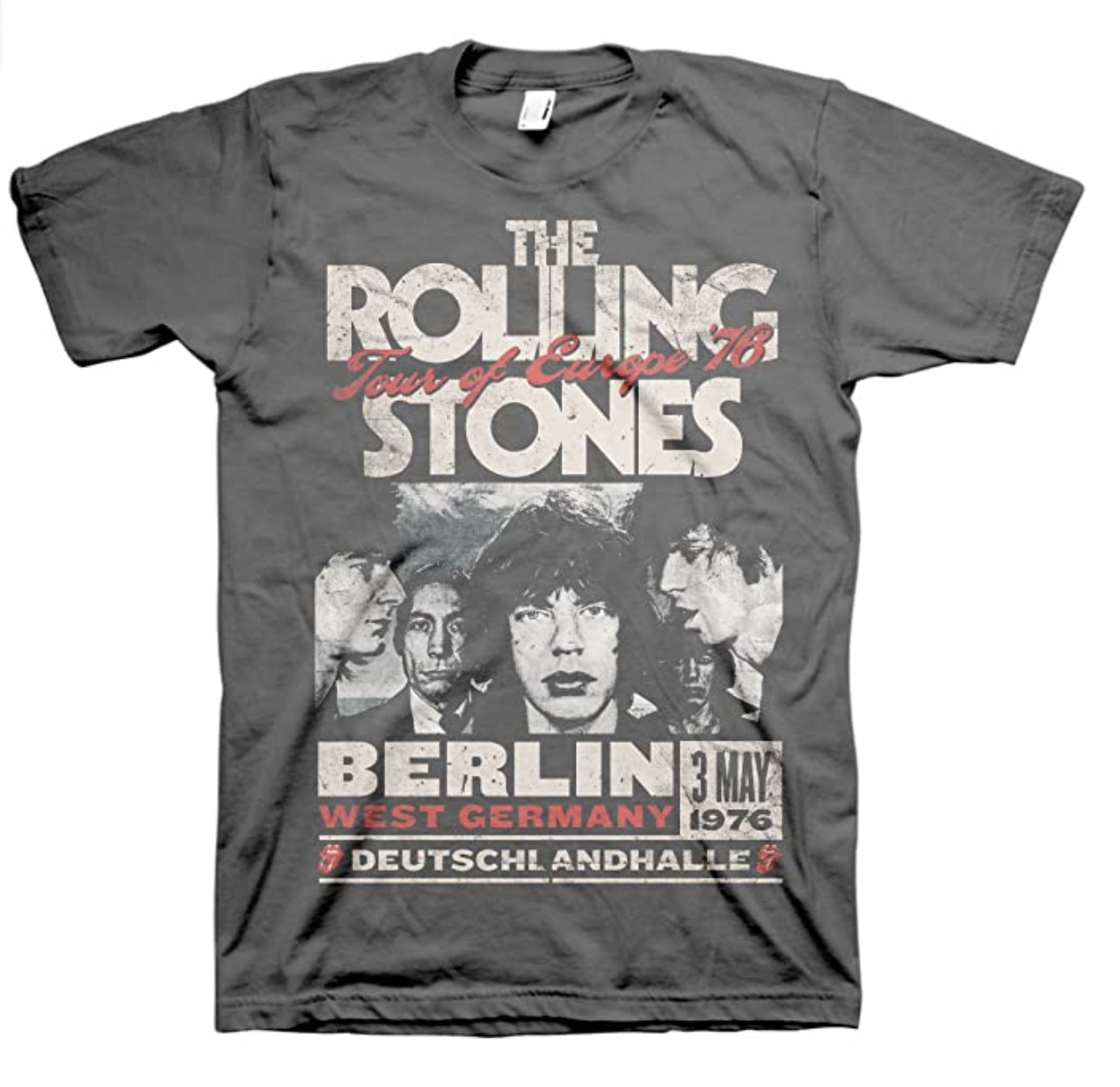 Rolling Stones fans have been through a tough time recently with the death of Charlie Watts. If you want to support the band with some representation, this officially licensed Europe 76 Tour shirt is a great way to do just that. It recreates the look of a tee from the band’s stop in Berlin, replete with imagery and text to celebrate the tour. 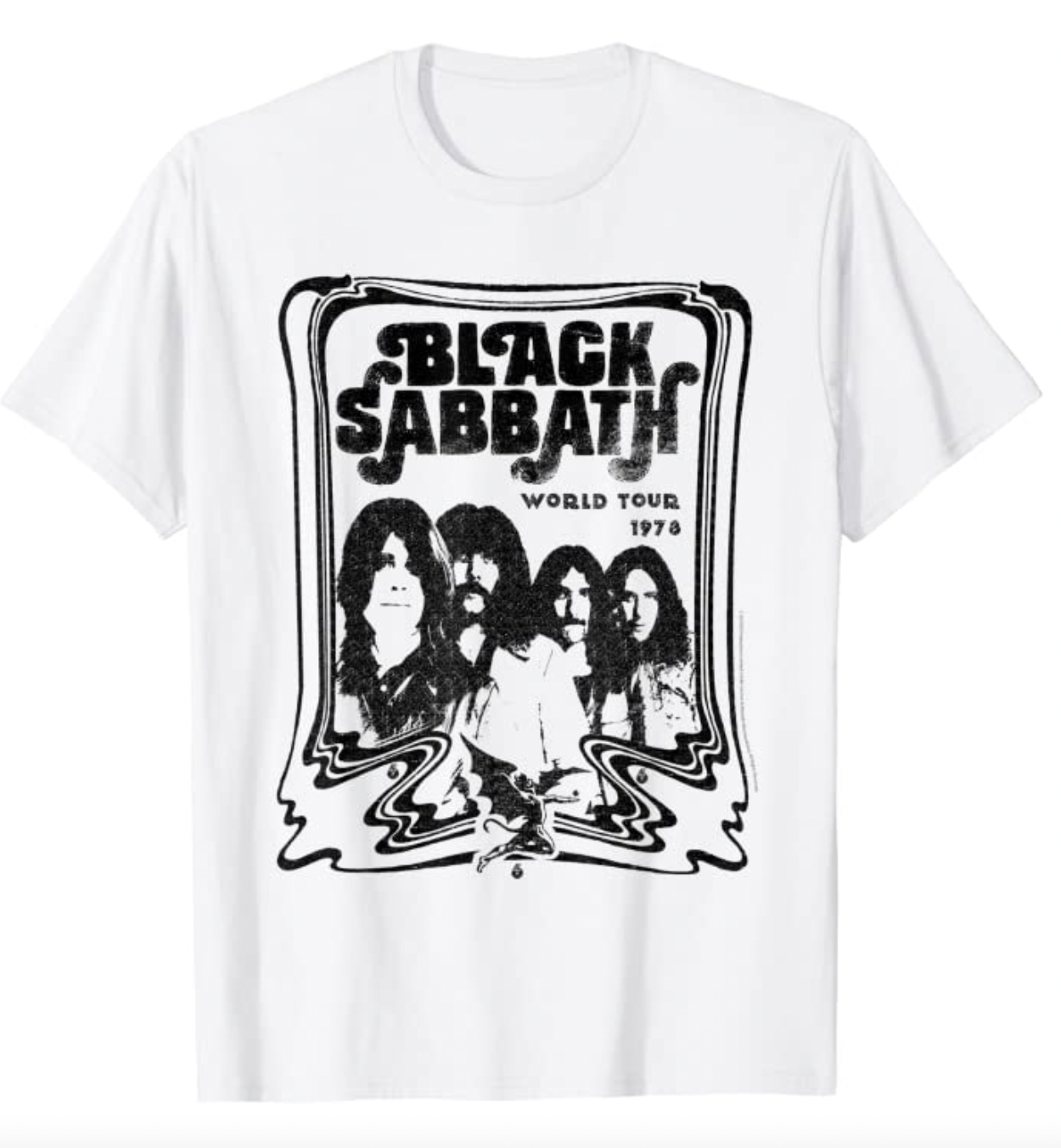 Black Sabbath’s 1978 tour was one for the books: it was the group’s last full tour with Ozzy Osbourne until 1997, and the opening act was a freshly-famous Van Halen. With a low-key design and seventies psychedelic touches, this shirt commemorates the world tour and makes a killer pick for any Sabbath fan. 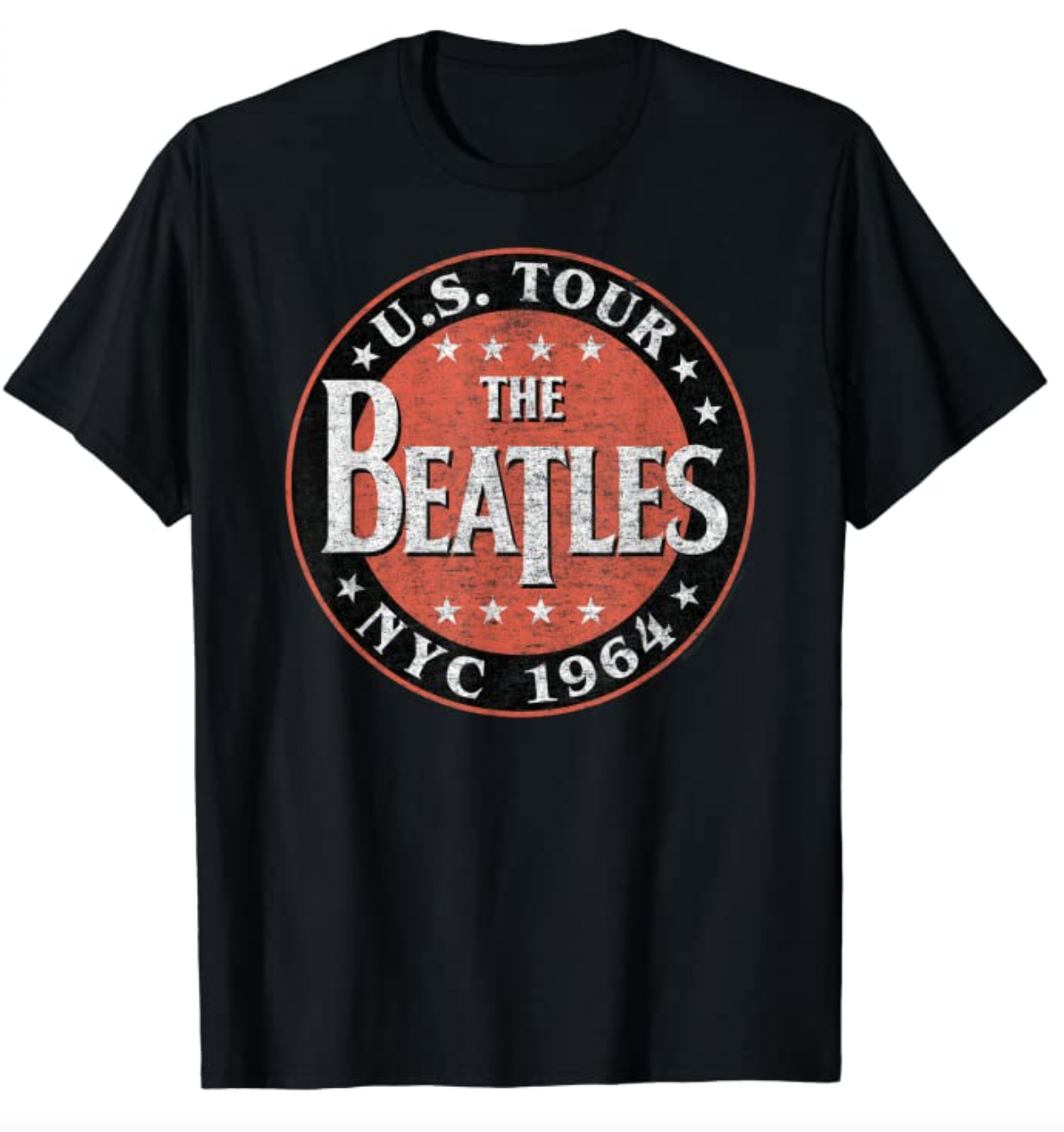 This Beatles tour shirt is the kind of straightforward, versatile graphic tee you can wear year-round with almost anything. Coming in a range of colors including blue, olive green and black, the T-shirt remembers the Beatles’ New York City stop during their 1964 tour. This was an important tour for the legendary group, remembered for the band’s stand against segregation at their Florida show, as well as their first meeting with Bob Dylan in NYC. 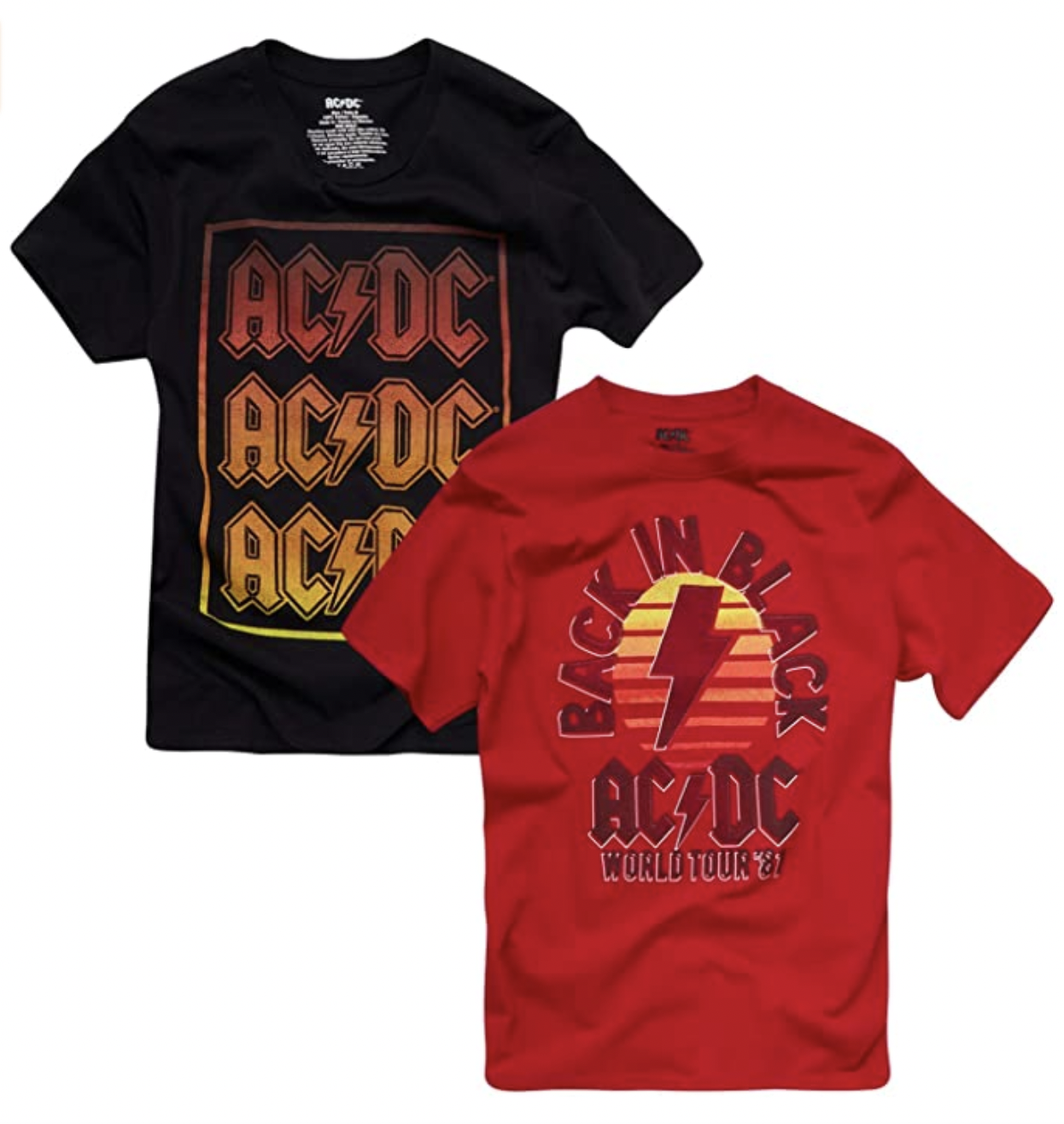 Here’s a solid gift idea for any music fan. This pack of tees includes two AC/DC T-shirts, one showcasing a repeated band logo and the other recreating Back in Black tour graphics. Gift both of them, or give one to your favorite AccaDacca fan and keep one for yourself.

Not a Big Happy Family: 'Barney' Doc Explores the Hatred and Threats the Show Faced