Beer isn’t the only alcohol going craft. Craft whiskey (a.k.a. artisanal whiskey) has been on the rise in the U.S. with, according to some stats, a new distillery opening every day. But as with craft beer, navigating this new market of craft whiskey is almost as overwhelming as it is rewarding. To help find some of the better artisanal distilleries, we’ve rounded up five of the best American craft whiskeys that we’re buying for our home bar.

Because “craft whiskey” is a new term, it’s not clearly defined. For most in-the-know whiskey drinkers, craft whiskey comes from independently-owned distilleries that are often small, and source ingredients from local farms. These kinds of artisanal whiskey makers are trickier to spot than you might think, as many alcohol conglomerates are sprouting small labels to get a piece of the action.

One of the main reasons why whiskey drinkers are buying craft whiskey is the fun of it. Artisanal distilleries are getting adventurous with new techniques – or reviving old recipes – and creating exciting whiskeys from bourbons to ryes to malts.

What Are the Different Kinds of American Whiskey?

Most whiskey categorization depends on a whiskey’s country of origin. Since we’re sticking to craft American distilleries, there are fewer types of whiskey to choose from. Still, as America has a long history of distilling and evolving whiskey, finding the best American craft whiskeys requires a bit of knowledge. Below are the kinds of whiskeys we’ve included in our roundup.

Bourbon: The American whiskey (which bourbon is sometimes called) is the go-to for many connoisseurs, casual drinkers and mixologists alike. Bourbon is traditionally corn-based (at least 51% corn, to be exact), aged in a charred oak barrel and 80 proof or higher. This yields a sweet, smokey flavor that’s great for sipping straight, on the rocks or mixed in bourbon cocktails such as an old fashioned.

Tennessee: Tennessee whiskey is very similar to bourbon, but it must be distilled in the state and requires an extra step called the Lincoln County Process. This is a charcoal steeping process that gives Tennessee whiskey a slightly smoother taste, making it great for drinking straight.

Rye: Rye whiskey is, unsurprisingly, made primarily from rye grain. The creation process is the same as bourbon, as Rye whiskey requires charred oak barrels for aging. Rye whiskey has a distinct spicy flavor that makes it a favorite among cocktail lovers, but it’s still great on its own too.

What Are the Best Artisanal American Whiskeys?

Sagamore Spirit, situated on Baltimore’s waterfront, does one thing only: American rye whiskey. And they do it very well. They source their own water from Sagamore farm, and hand-bottle each product. It’s a bold, traditional approach, and that’s reflected in their award-winning whiskeys.

This Cask Strength is possibly Sagamore’s best, delivering a sweet, full-bodied flavor and a warm, spicy finish. It’s also surprisingly smooth, considering that the Cask Strength is 112 proof (again, bold). This strength and fruity, spicy flavor makes the Sagamore a great choice for sipping straight after a big dinner. 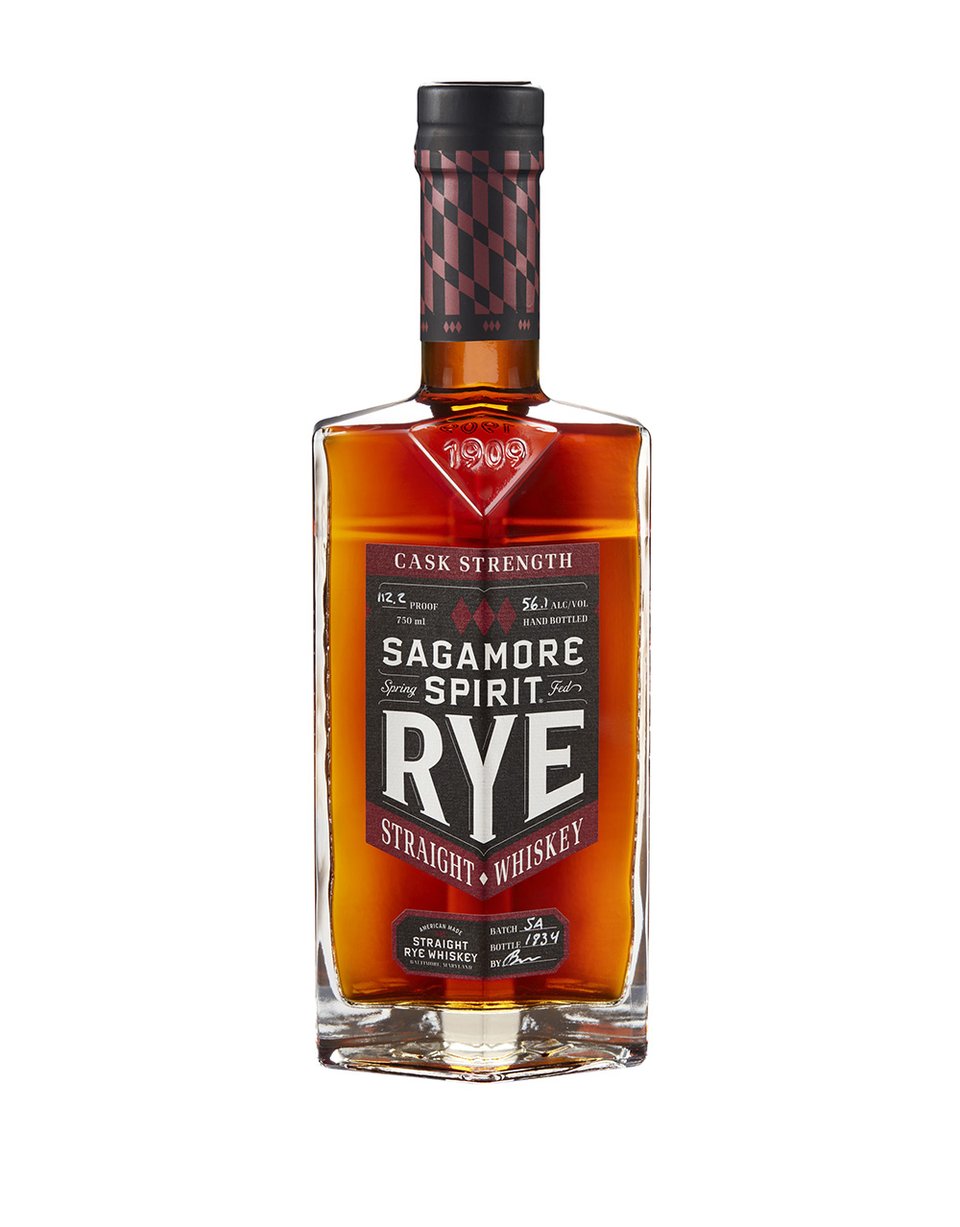 Tennessee’s Sweetens Cove golf course has no clubhouse or restaurant — only a tradition of whiskey at the first tee. When a group of investors including Peyton and Eli Manning, tennis legend Andy Roddick, sportscaster Jim Nantz and Mark Rivers bought the course in 2019, they decided to create an ultra-premium bourbon to match the course’s prestige. That whiskey is Sweetens Cove Bourbon.

“We wanted to make a premium product because [Sweetens Cove] is an exceptional golf course,” co-founder and CEO Mark Rivers tells Rolling Stone. “We’re trying to be the brand […] that’s known for its craftsmanship and the quality of the product as much as the celebrities.” We think Sweetens accomplished this: The brand’s 2021 release — made using a blend of 16, 6, and 4-year-old bourbons — boasts a smooth, balanced flavor of fruit, pepper and oils that made us forget about the brand’s famous backers.

The mind behind the flavor is lauded master distiller Marianne Eaves, the first female Master Distiller since prohibition. “It’s fascinating to see this juxtaposition between the jock bros and our woman Master Distiller who really knows what she’s doing,” says Rivers with a laugh. He explains that Eaves “literally hand-blended 250 barrels” for this second release, which is no doubt a factor in the whiskey’s excellence. 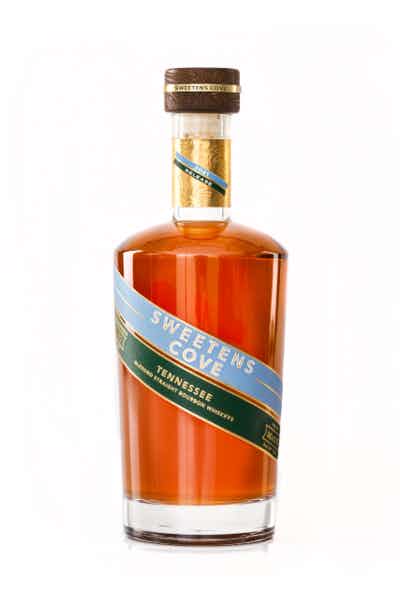 Former Maker’s Mark Master Distiller Steve Nally created the impressive distillation and aging process at Wyoming Whiskey. This small batch bourbon, for instance, is made from non-GMO corn, wheat, and malted barley which are all grown in Wyoming. The bourbon is then aged at least five years in full-sized oak barrels. This is a bit more aging than most craft bourbons but makes for a seriously upscale, authentic flavor. The bourbon is sweet and smooth with a bit of warmth, making it great on the rocks. Of course, it’ll also lead to some impressive old fashioneds if that’s your style. 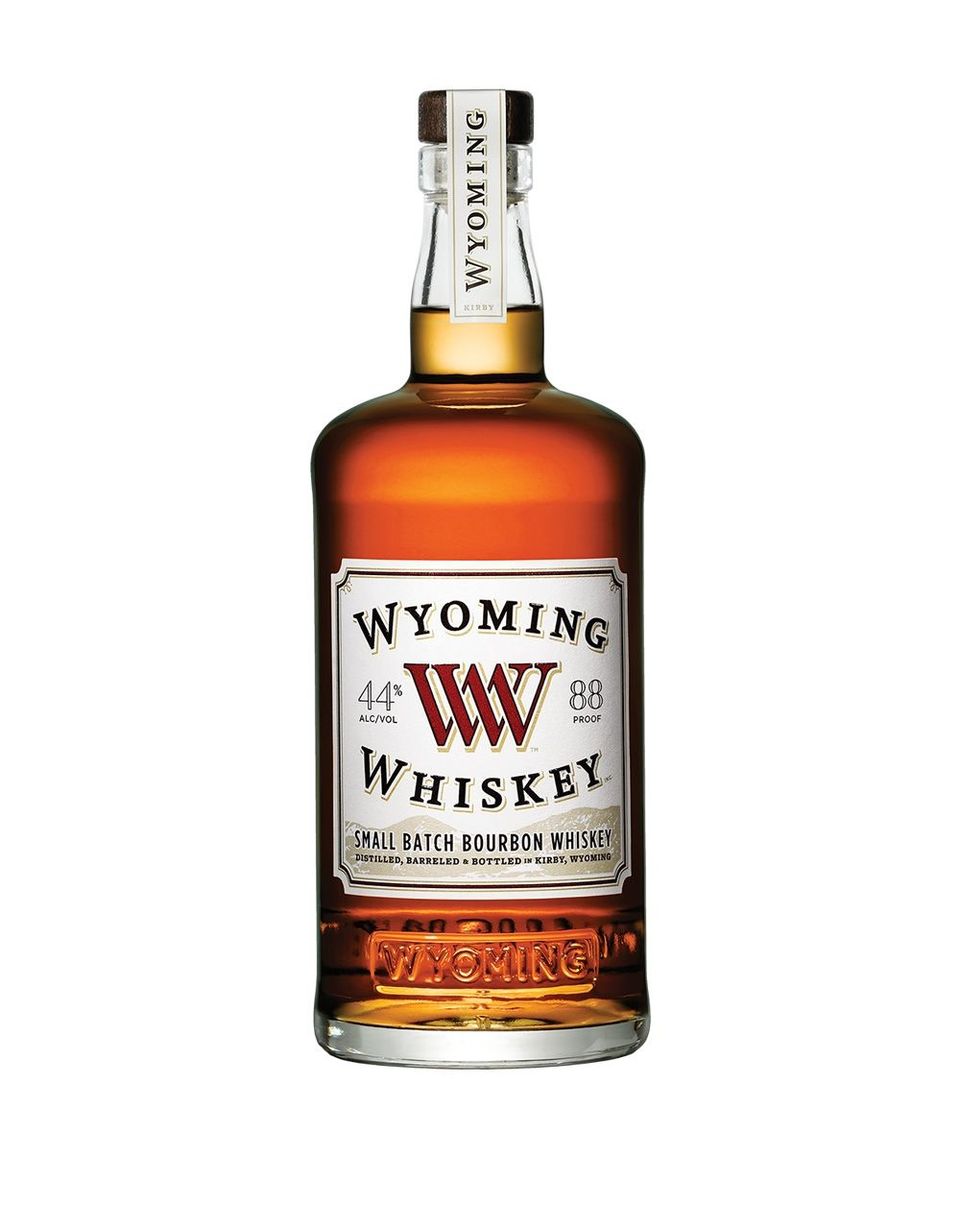 Another great bottle of craft rye whiskey is from Koval. The brand is relatively young (founded in 2008) but they’ve already garnered dozens of awards, including international awards and recognition from their hometown of Chicago. This rye is one of Koval’s best, with recent recognition at the 2020 Tokyo Whisky & Spirits Competition.

The single-barrel whiskey is 100% rye (most ryes are mixed with corn and barley) but brings a light fruitiness that’s actually atypical of a rye whiskey. You still get that signature spicy rye flavor, but Koval somehow eliminates the palate kick that sometimes turns people off rye. 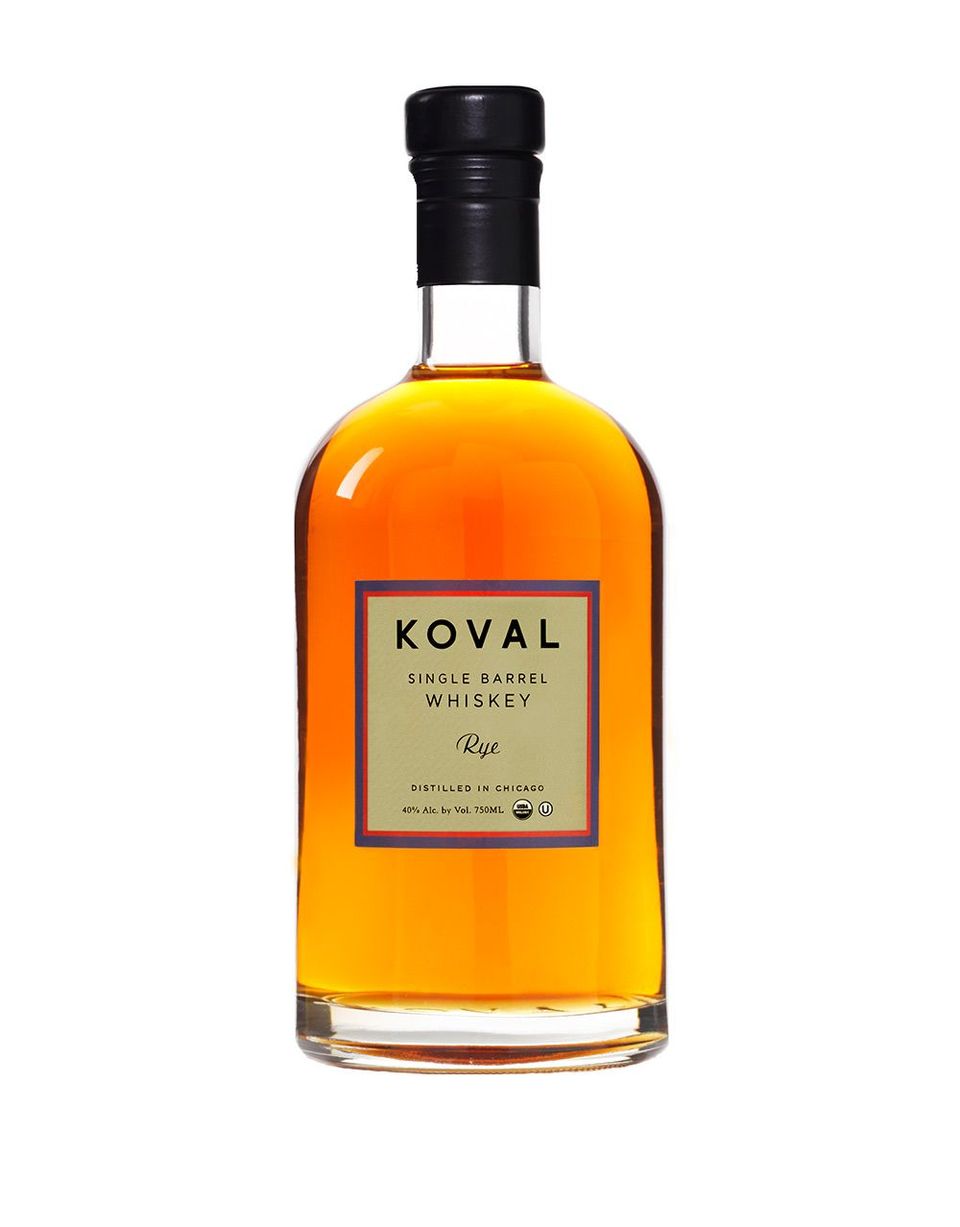 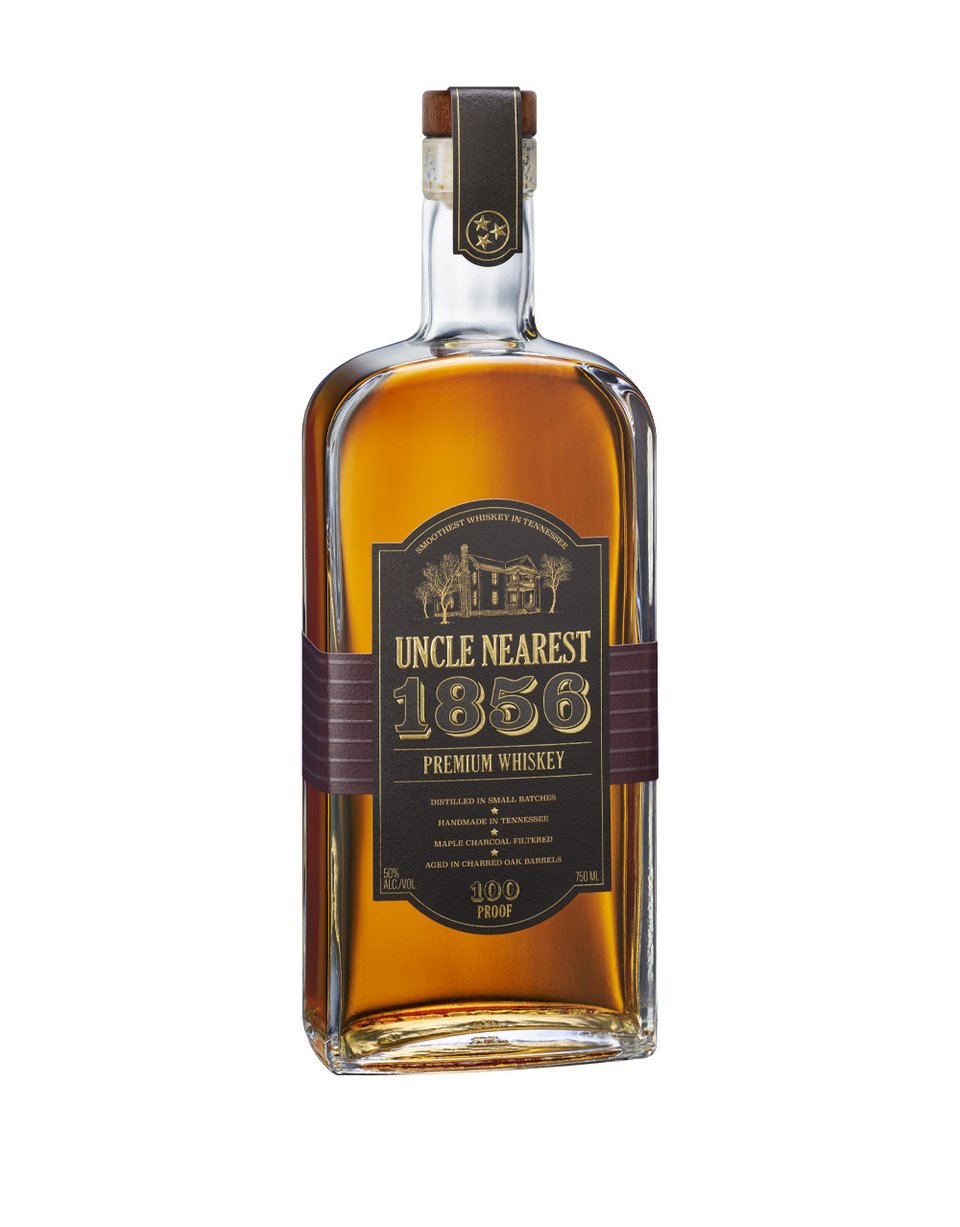 Looking to make some delicious, unique whiskey cocktails? Check out this Dutch malt whiskey from New Liberty. The Pennsylvania distillery’s whiskey boasts caramelized nuts and toasted bread with a chocolatey, coffee finish. This makes it excellent in scotch cocktails such as a Rob Roy.

A great malt whiskey made in the U.S.A might sound a bit odd, but malt whiskey actually has a long history in America – and specifically in New Liberty’s home state of Pennsylvania. The Pennsylvania Dutch, who landed in America in the 1600s, were some of the first to distill whiskey in America using a malted recipe brought over from Germany. New Liberty pays homage to this old “Munich-style” malt whiskey while upgrading it for the 21st century. 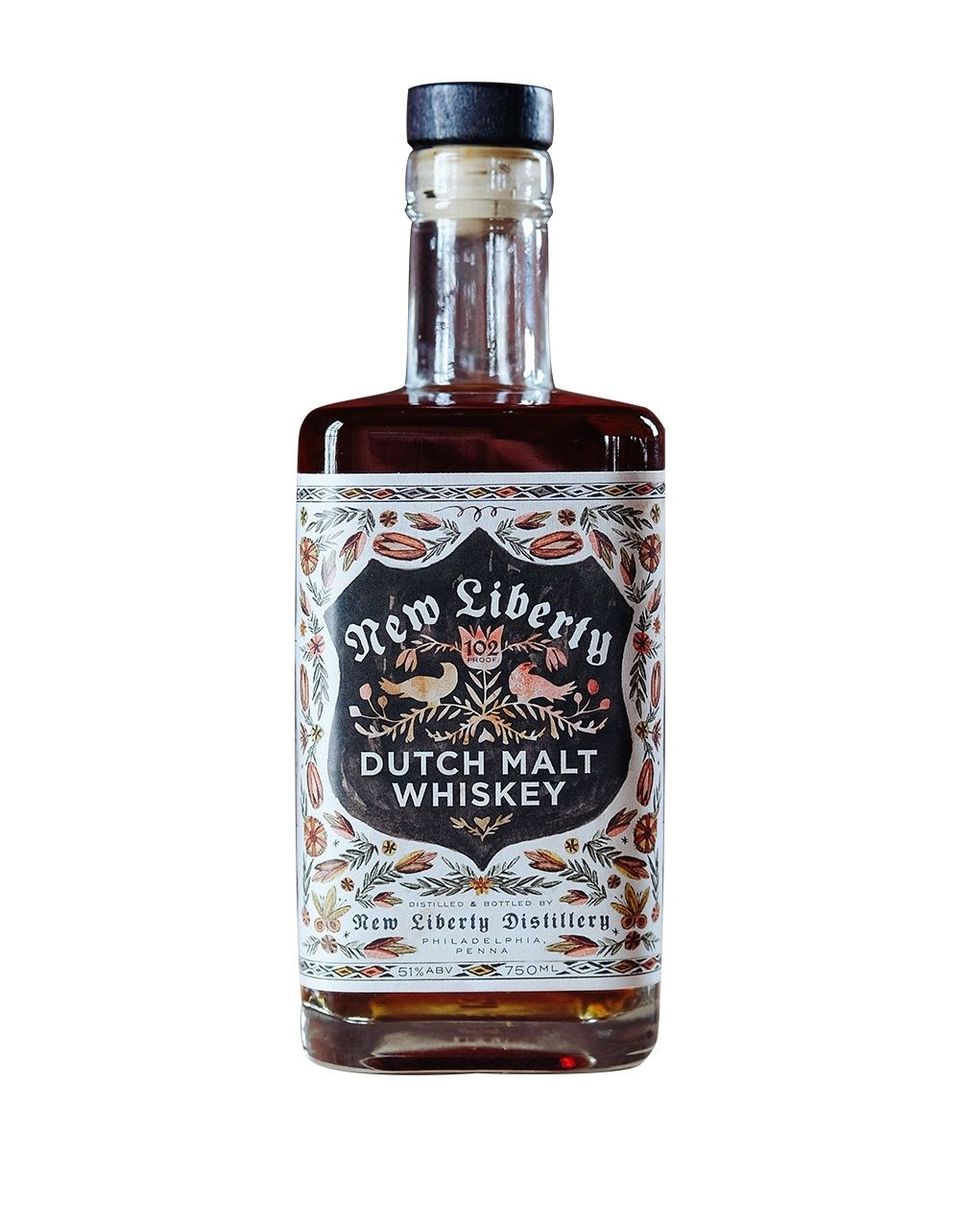