Gas leaks happen, and as everyone probably learned in grade school, they can be deadly. So it’s essential to have a working carbon monoxide detector in the house at all times — preferably more than one. Whether you want a device that gently informs you it’s time to get the out of the house, or one that’s loud enough to wake the dead, it needs to be there.

So how do you decide on which detector you should buy? You most importantly need one that’s long-lasting, sensitive, and reliable. After that, however high tech or involved you want to get is mostly up to you.

Here are a few of the factors we considered when making our selections for the best carbon monoxide detectors.

RS Recommends: The Best White Jeans That You Can (Finally) Wear Year-Round

Plug-In vs. Battery: While you may be most familiar with battery-operated carbon monoxide and smoke detectors (since you likely have spent some time grumpily removing said batteries when you fry something smokey for dinner), there are also plug-in varieties that attach right to the wall. The obvious downside to these is that they will not work in case of a power outage, which is why most come with a backup battery just in case.

Smart Tech: You certainly don’t need a lot of high-tech or voice-activated features to make your carbon monoxide detector effective, but that doesn’t mean they can’t be useful. We like smart home devices since they can often tell you in words rather than beeps when there’s an issue, as well as connect to your mobile phone and send you alerts wherever you are.

Alarm Sound and Display: Speaking of alarm sound, this is the most essential — and irritating — aspect of a carbon monoxide detector. We take into account not just the sound of the alarm, but also how easy it is to turn off, whether it can sense the exact location of danger, and whether the display can offer other information such as exact levels of CO2 or when you last had an issue.

This Kidde has everything you could ever need from a carbon monoxide detector. It is a plug-in variety, which means you simply plug the detector into the AC adapter in the wall, but it also comes with a backup battery as well as a removable cord in case you want to move the alarm away from the wall itself.

Other features we like are the LED digital display, which not only provides you with the carbon monoxide levels in your home, but will also display the peak CO2 level recorded by the alarm since it was last reset or unplugged when you press the peak button. 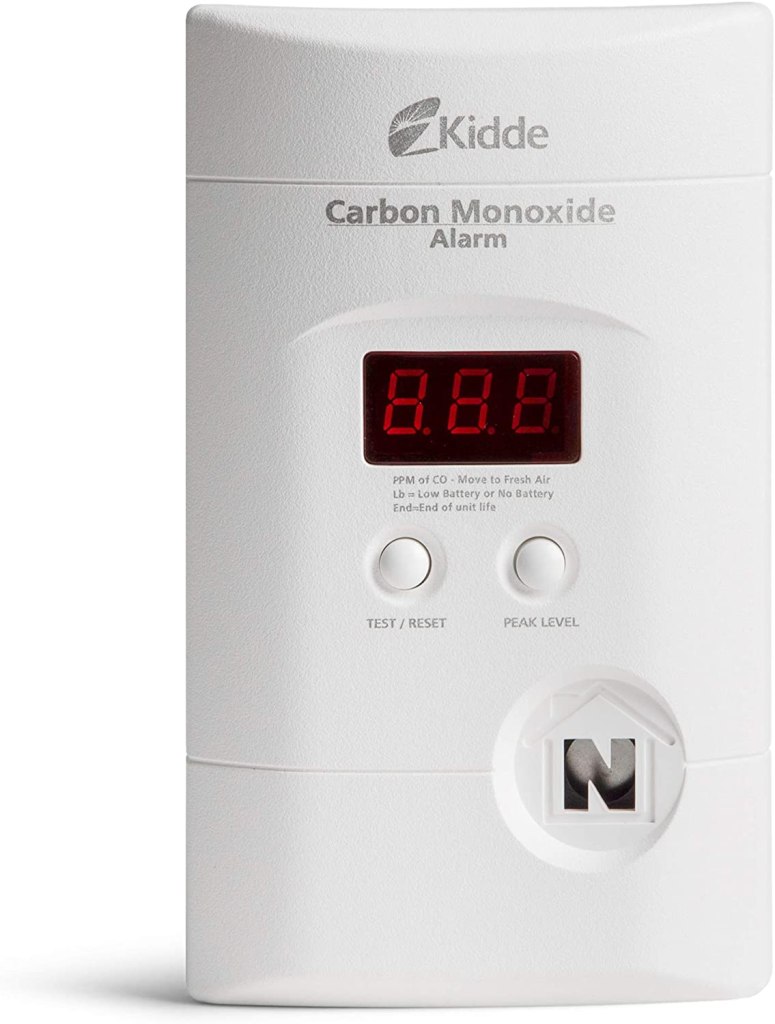 If you would prefer to be gently informed by a calm voice when there are dangerous levels of carbon monoxide in the home, we recommend the Google Nest detector. Like other smart home products, the Google detector also comes with an app for the phone, which will also send you an alert when there’s something wrong, which can be especially useful if you’re not actually in the house at the time.

Other bells and whistles we like about this detector include the sensors, which tell you exactly where the smoke or CO2 is located, and the silence function that turns the alarm off when there’s no danger — just a burnt dinner in the kitchen. 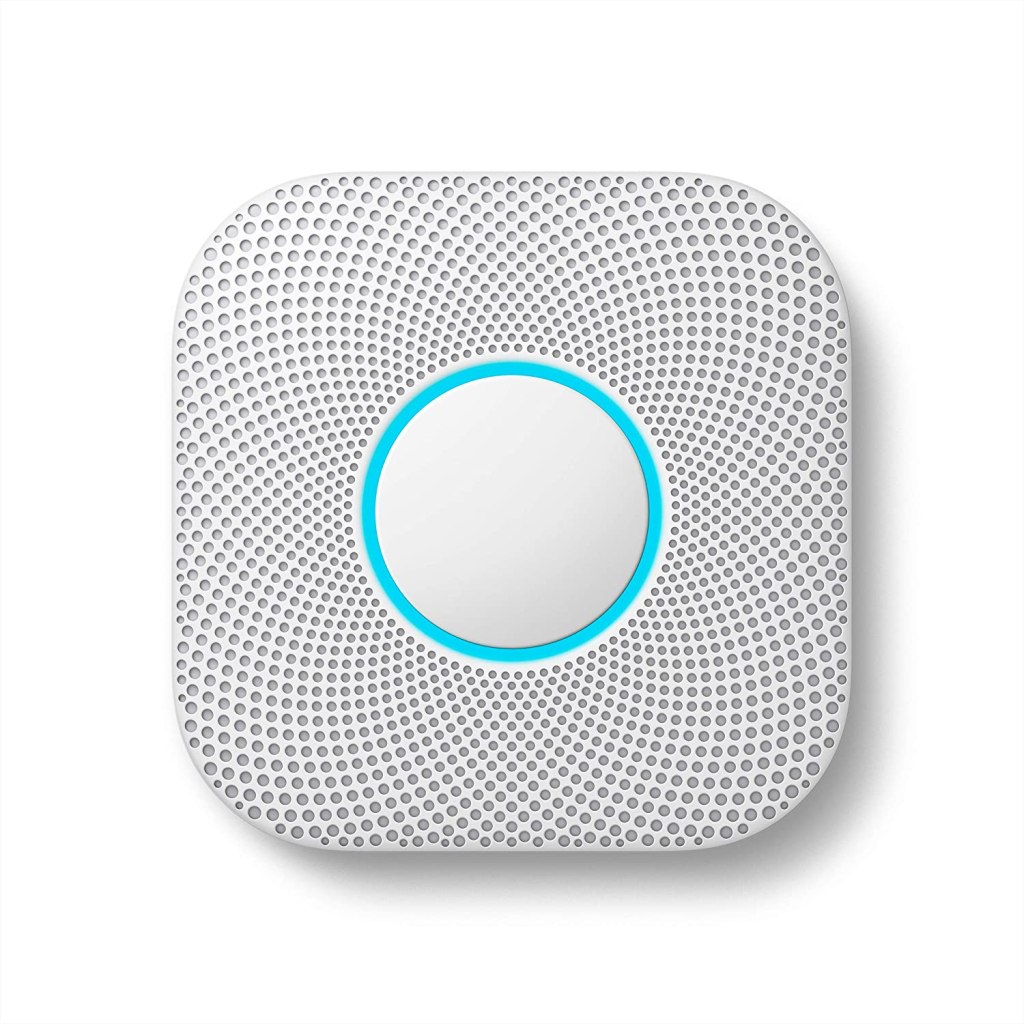 Though battery-operated, the First Alert detector doesn’t need professional installation, and is a trusted standby when it comes to home safety. One of the most popular models in the marketplace, the reliable alarm doesn’t have a ton of bells and whistles, but does feature sensors that can detect the location of CO2 and the larger particles of a smoldering fire, as well as indicator lights that turn on in the presence of smoke or carbon monoxide. It’s easy to set up and learn in seconds. 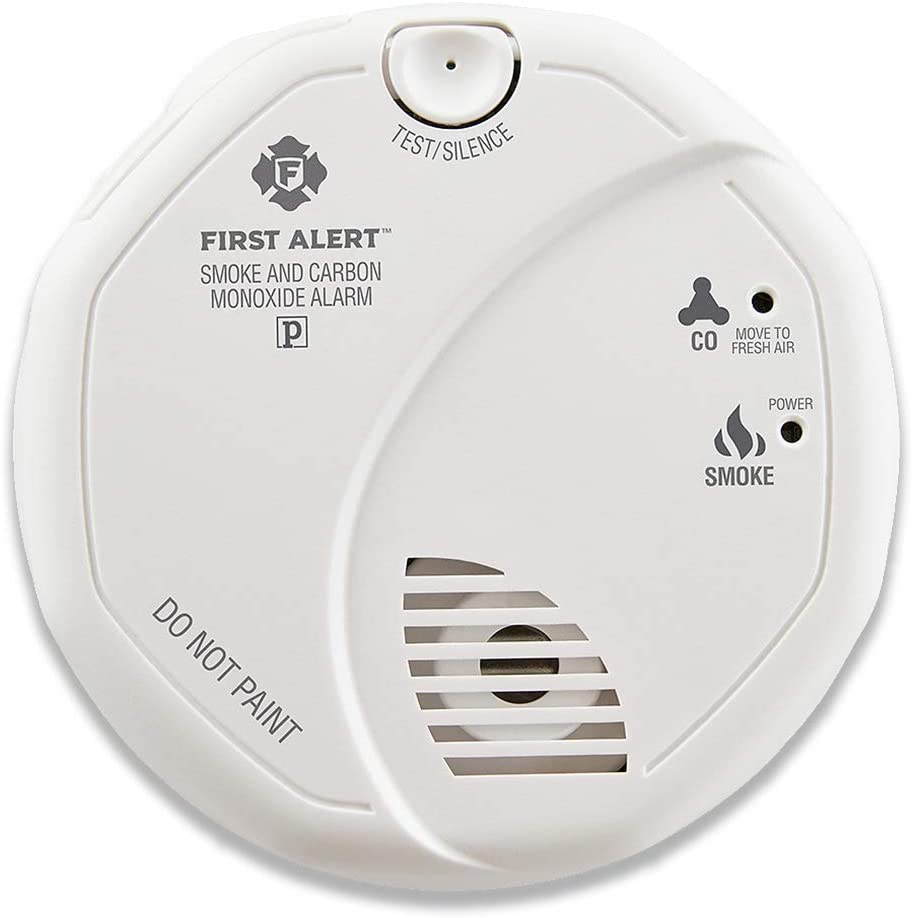 Most people only have one carbon monoxide detector for their entire house, but in general, it’s best to get one for each room. For that reason, we like this three-pack of First Alert alarms. These detectors include all the same features as the alarm above, but there are three of them in case you need extras (and you probably do). 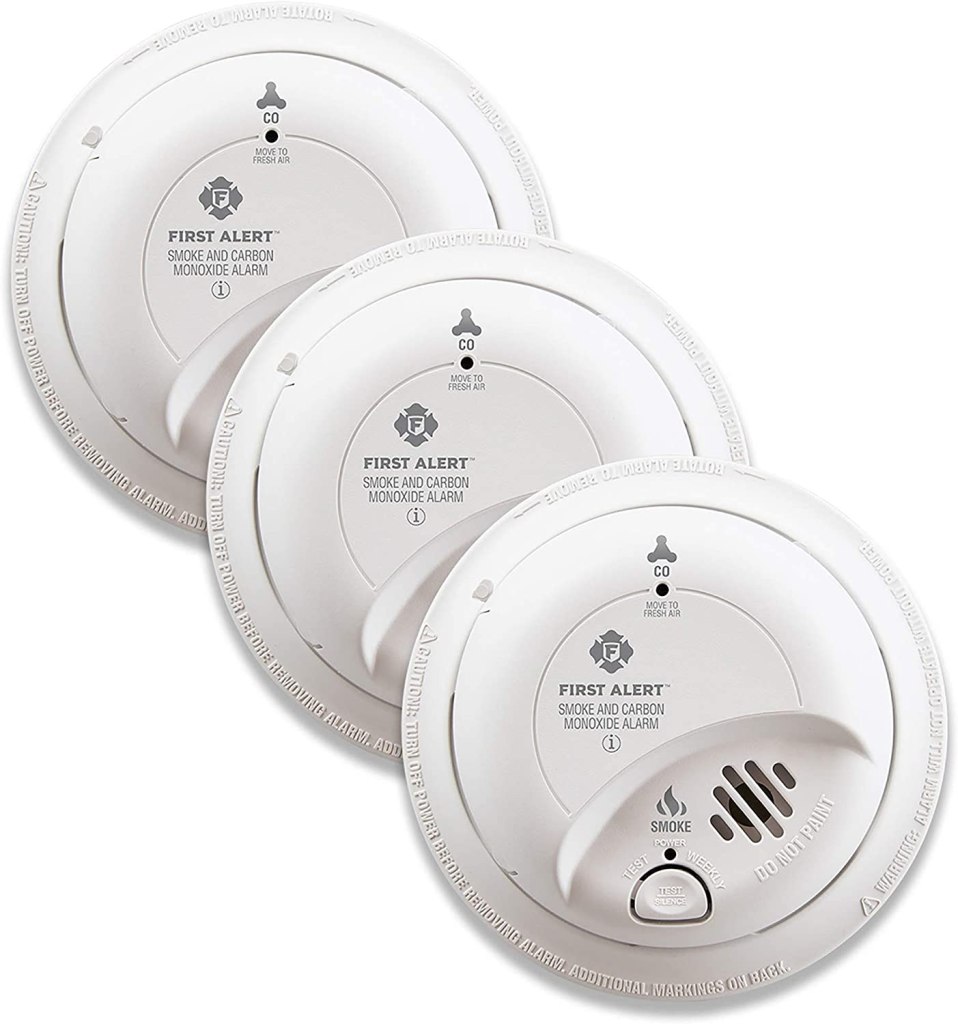