With Matt Reeve’s The Batman ushering in a new era for the caped crusader, there’s never been a better time to find superhero shopping recommendations.

Even without the release of the new movie, Batman is up there with Superman as one of the most iconic DC Comics legends of all time — not only is the character a hit in the collectibles arena, especially on sites like Ebay (like this autographed Adam West Batman movie poster), the vigilante has repped everything from clothing and accessories, to Ring doorbell Quick Replies.

Whether you’re a die-hard fan of the comics or just a movie-goer with opinions on Pattinson versus Affleck’s Wayne, we’ve rounded up 10 pieces of limited-edition merch that showcase Batman in all its dark, gritty and occasionally campy glory. You should swoop in and shop quickly, too — many of the items on our list are in high demand, and you’ll want to snag them before they’re sold-out. 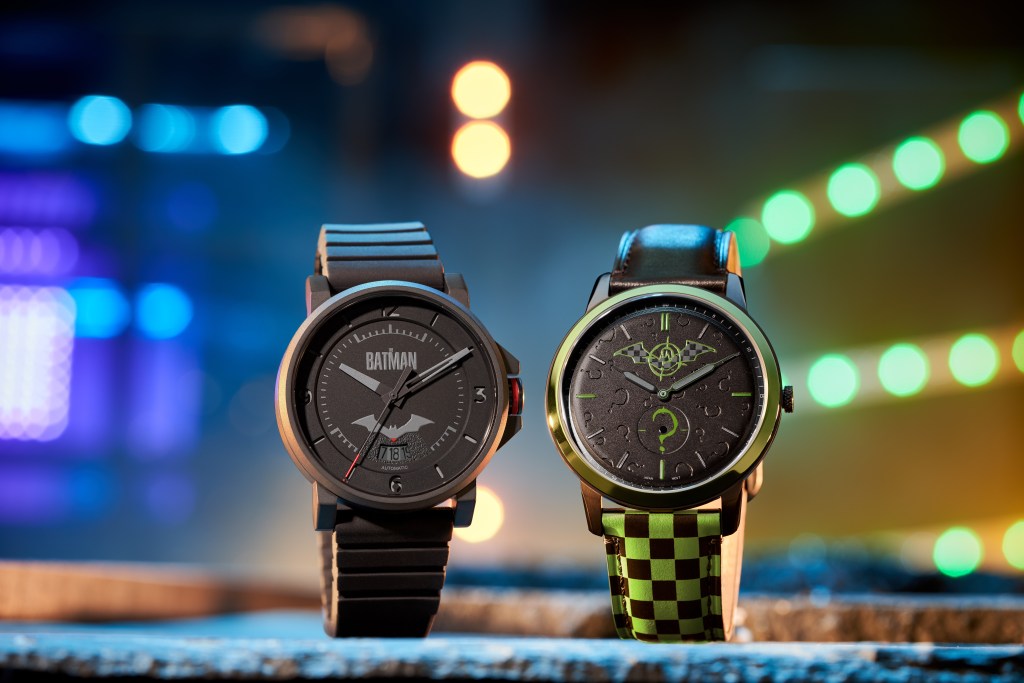 “Cue the suspenseful music”, as Fossil says of their latest limited-edition capsule collection. The Batman x Fossil is a 10-piece line of collectible watches, jewelry and leather goods inspired by the Batman’s signature Batsuit and the enigmatic super-villain, The Riddler. We like the matte black The Batman Watch, with its stainless steel, black ion-plated 42mm case, and glowing green lume on all hour markers. You’ll also be prepared for any crime-fighting mission with the leather collection, especially the The Batman Waistpack, which can switch ‘identities’ and become a sling back. 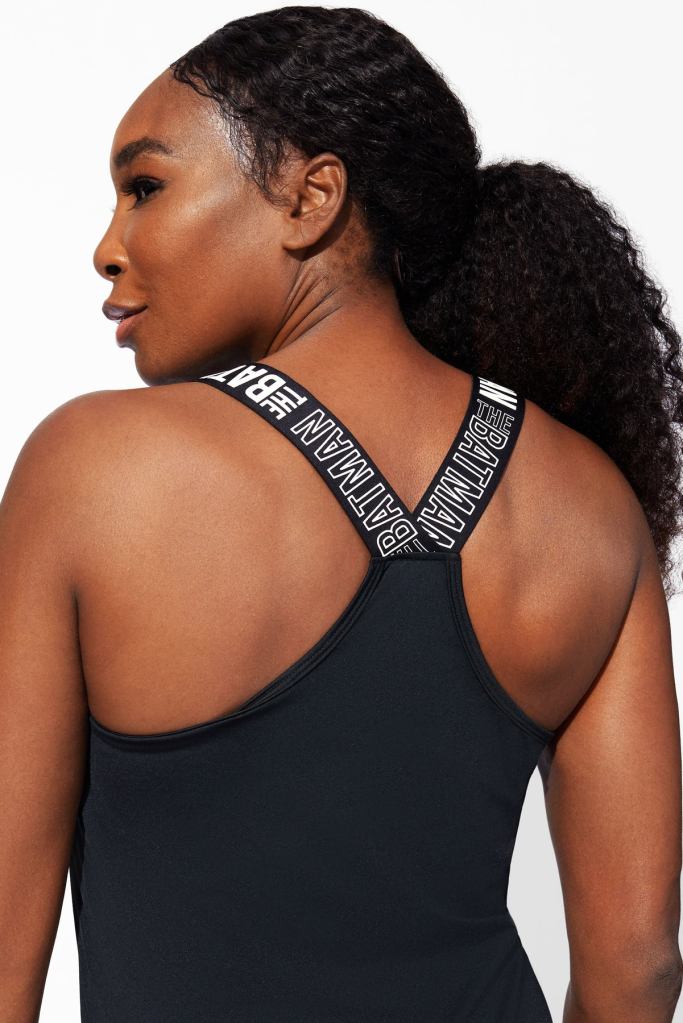 One of DC Comics’ string of collaborations and special releases to honor the vigilante’s return for The Batman has been Venus Williams’ “The Batman” EleVen collection. If you’re looking for more subtle (and sweat-proof) merch, consider these activewear pieces such as the “Vengeance” leggings and sleek athleisure items like hoodies, joggers, and a “Fighter” tank top.

This ribbed fabric tank comes is breathable and stretchy enough for any workout (or fighting-crime), including “The Batman” logo on the racerback straps, and is specially-designed to be moisture-wicking and anti-microbial.

3. The Art of the Batman 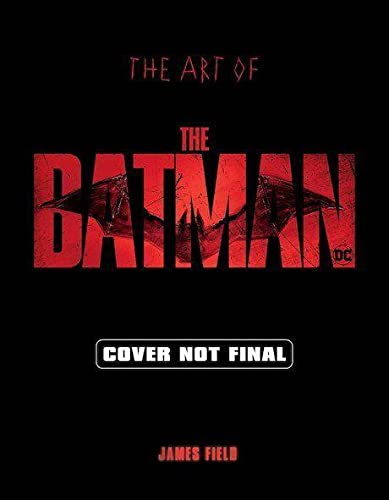 Sure, there’s a lot of punching baddies and car chases in the Batmobile, but those who’re suckers for the production design of the Batman films will want The Art of The Batman official behind-the-scenes art book by James Field.

You’ll get an insider look at the production process of creating unique, noir-inspired world for the The Batman through character, vehicle and gadget designs, background paintings, and original commentary and interviews from the filmmakers, cast, and production designers. Pre-order it now before April 19th. 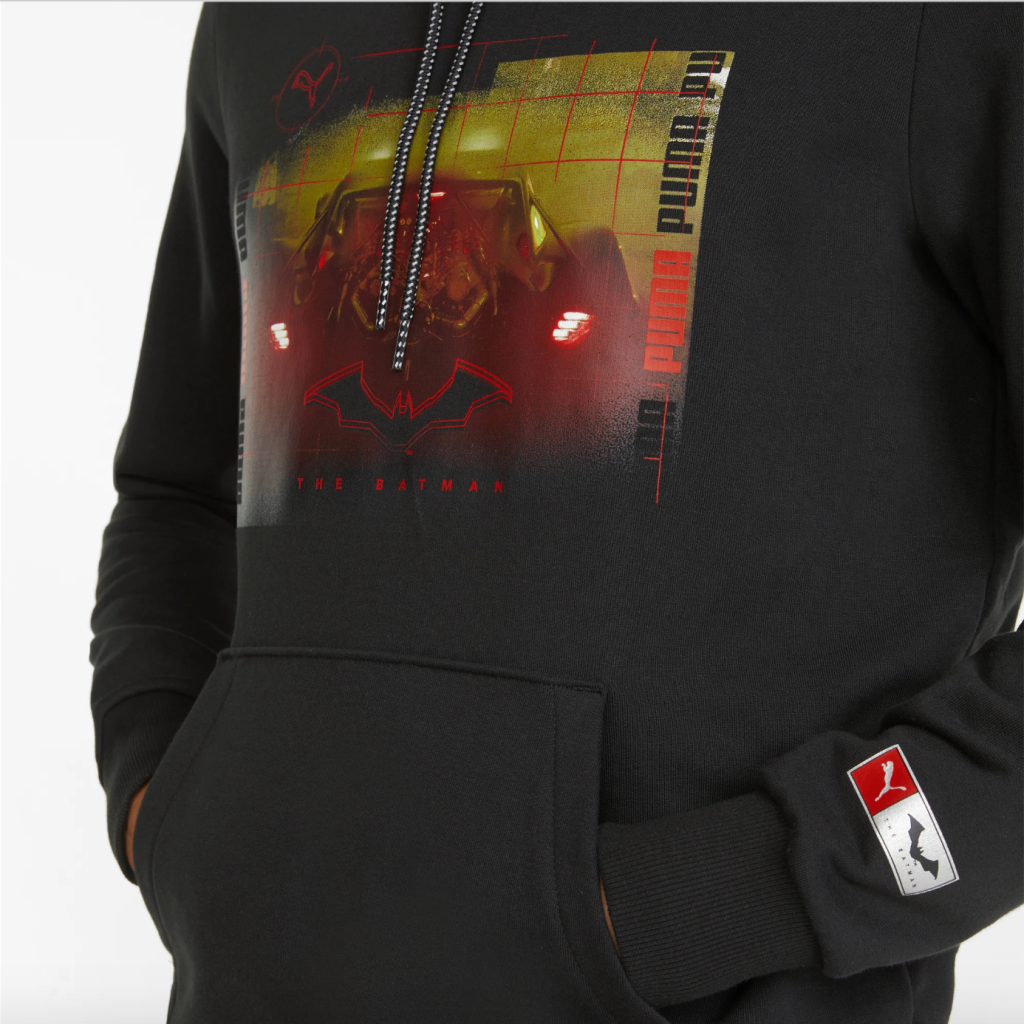 Step into the night with this new PUMA x BATMAN hoodie, created to capture the essence of the new The Batman film with “moody colors and dramatic design elements” inspired by, who else? Besides featuring a slick image of the Batmobile, the comfortable 100 percent cotton hoodie lining is perfect for stepping out into Gotham City. If you want something a little more neutral, then you can also spring for the other hoodie in the collection which features a slick, black bat signal. 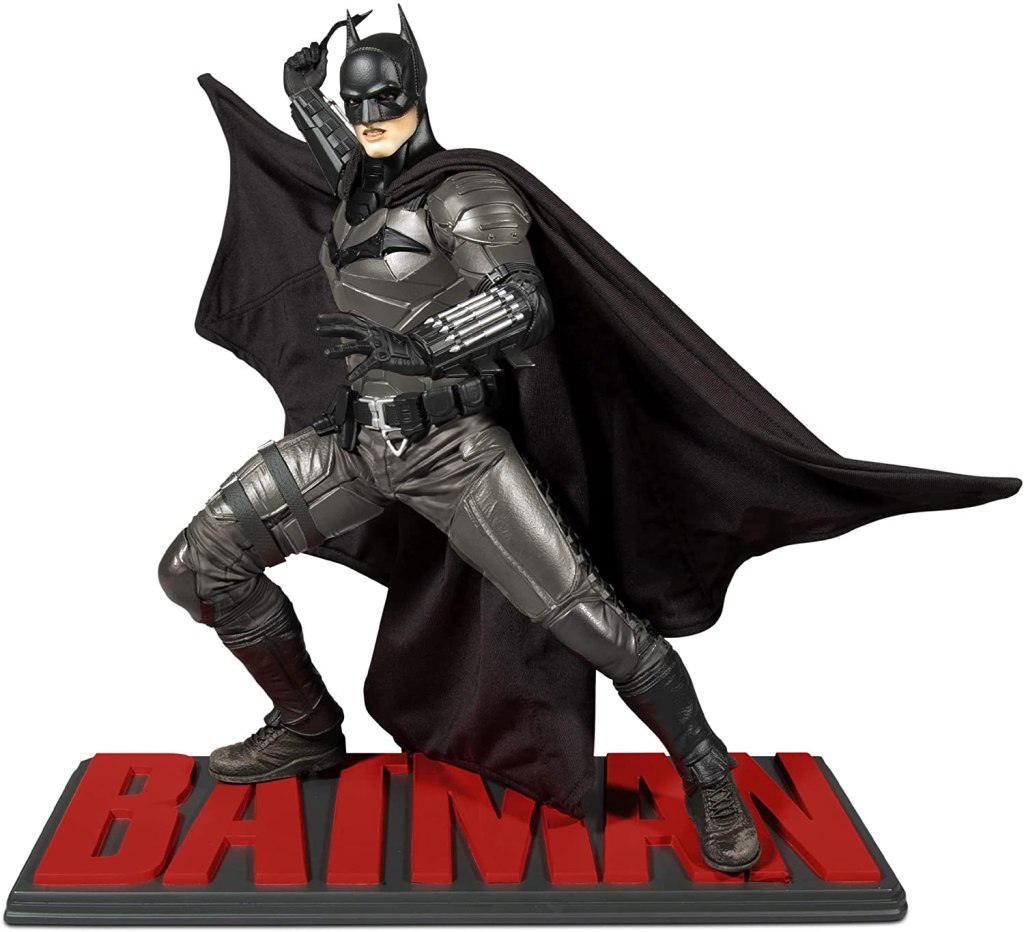 The world’s greatest detective can stalk your display case with this intricate figure based on Robert Pattinson’s costume from The Batman film. The highly-detailed resin statue is made in 1:6 scale, and has deco and sculpt detail, including a posable cape. For all the collectors out there you can showcase the statue in a DC Direct-themed collector box, with the logo serving as the statue’s base. 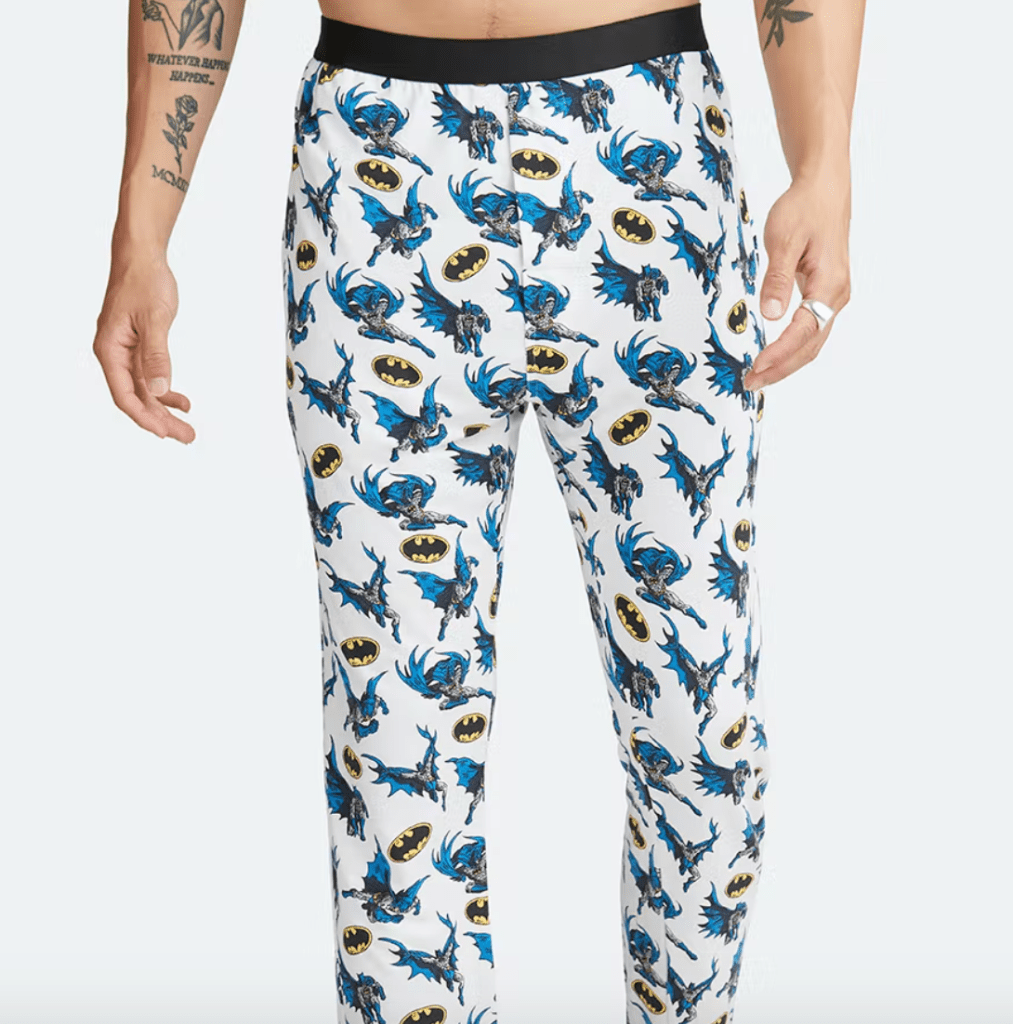 Even crime-fighters need a day off, and these lounge pants from MeUndies are the softest way to for any superhero to lounge comfortably. Decked out in the Batman designs of yesteryear, fans of the original comics will enjoy having some colorful Batman rep. They’ll also enjoy the pants’ super soft MicroModal fabric, made from breathable beechwood fibers are spun into a cozy yarn material. 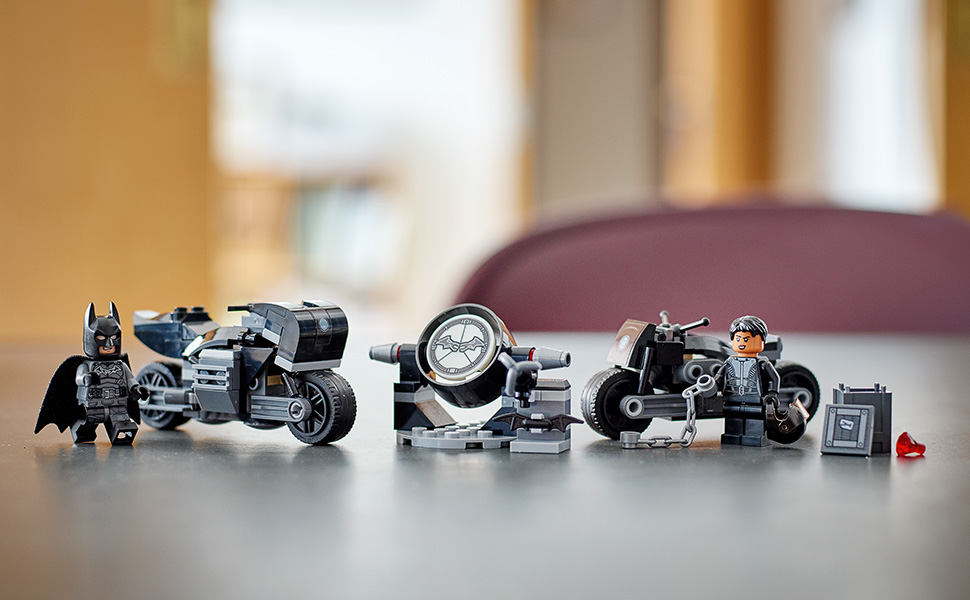 While going all out on bigger, intricate collectible figures is a treat, a more accessible way to build up your Batman collection is through exclusive LEGO sets. This one puts you in the middle of the fast-moving action from the dual-motorcycle pursuit between Selina Kyle and Batman in The Batman film. The set includes digital instructions on how to put the pieces together with two minifigures and several accessories, along with a glow-in-the-dark Batsignal. 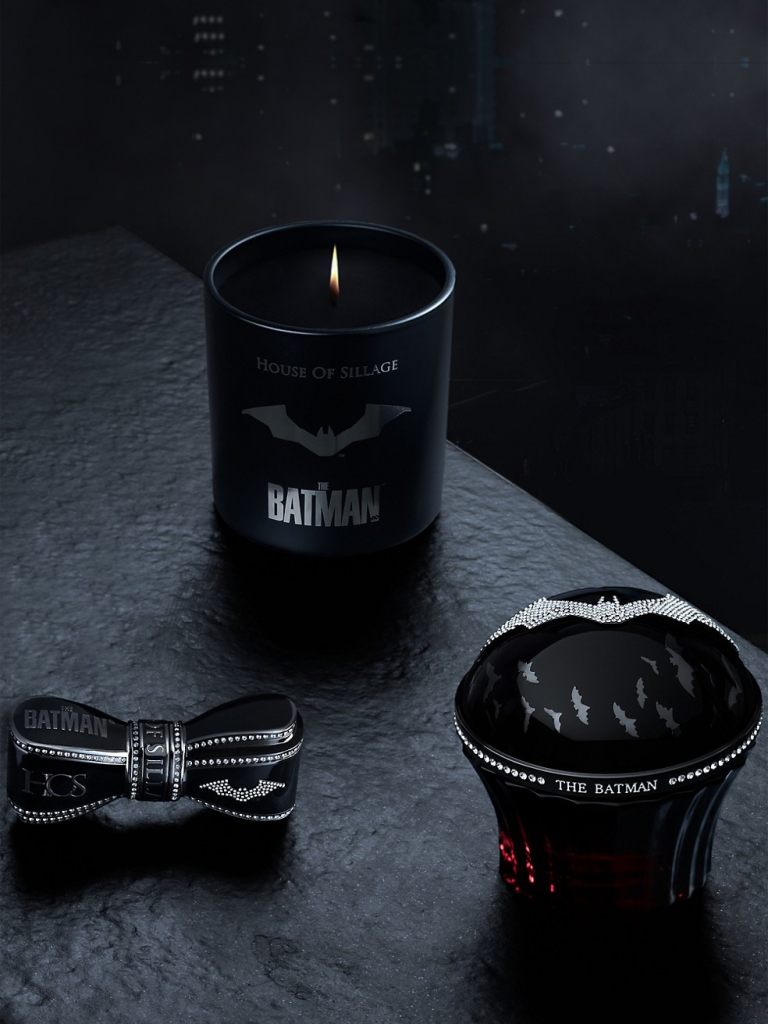 Besides sweat and grime, it seems like Gotham’s greatest hero’s signature fragrance has base notes of sandalwood, musk patchouli, moss, and warm vanilla. Luxury haute parfumerie House of Sillage has released a limited-edition collection in collaboration with The Batman film, including a fragrance, candle, and lipstick available at Saks Fifth Avenue and online. Leaning into the refined Bruce Wayne side of Batman’s persona, the fragrance symbolic Bat Motifs in enamel in a hand-polished French glass, topped with Swarovski crystals. 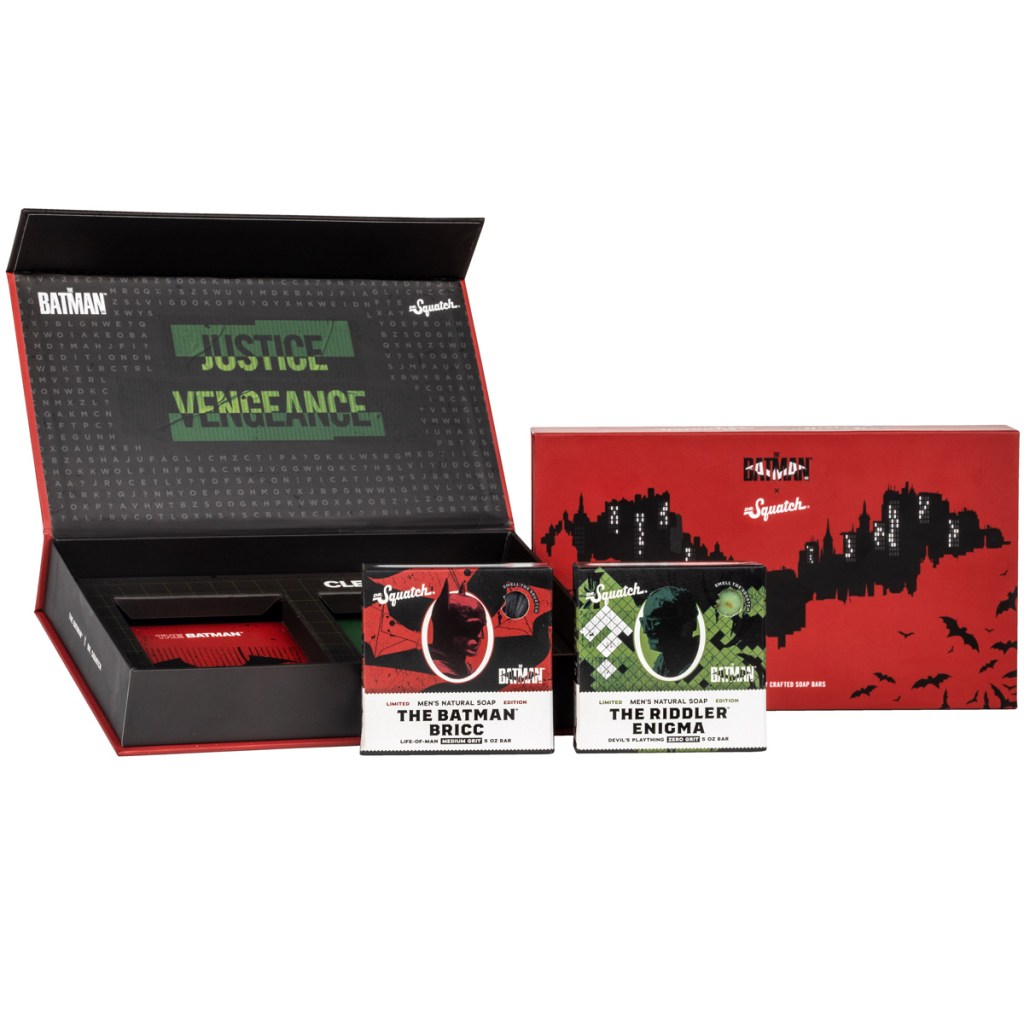 Dr. Squatch, known for releasing exclusive drops of limited-edition fandom soaps like they’re fashion capsules, have released a “grime-fighting” duo of “The Batman”-inspired soap bars. You’ll get two bars, including “The Batman Bricc”,  a gritty (literally gritty) soap featuring a warm, “dark leather” scent with moisturizing ingredients like Life-of-Man and Chase-Devil to fight off dirt. The second is a Riddler-inspired bar called “Riddler’s Enigma”, and actually comes with a puzzle on the packaging for you to uncover the mystery behind the actual scent. Beyond the secret scent, the bar suds up with a blend of Goldenrod, Devil’s PLaything and Felon Herb for wickedly-good skin-conditioning.

Newt Gingrich Defends Herschel Walker: 'He Had a Lot of Concussions'