South Park has been breaking all the animated TV show rules for nearly 25 years. One of Rolling Stone‘s 100 Greatest TV Shows of All Time, the series originally introduced the world to its iconic characters — and their quotes — back in 1997, with its 25th season premiering earlier in February.

“Trey Parker and Matt Stone touched America somewhere deep and special, and you must respect their authori-teh,” Rob Sheffield wrote about South Park. “Year after year, this cartoon began, Matt Stone told Rolling Stone, ‘We would view success as finally getting to the point where we get canceled because no one gets it.’ So here’s to nearly 20 years of failure — and hopefully 20 more.”

And now, just in time to celebrate its latest season on Comedy Central, South Park has launched its own sneaker collaboration with Adidas. The South Park x Adidas collection features six newly unveiled sneakers that are all inspired by the main characters from the hit series, including Kenny, Kyle, and Stan, from revamped Stan Smiths to the animated Forum Low kicks that are a nod to Cartman.

Sneakerheads and fans of the show can score the new sneaker collaboration online at Adidas starting March 18, as well as in stores at Foot Locker and Champs Sports. Even though the collection hasn’t been available for long, some sizes have already sold out online. You can see all of the latest six sneaker models below, and shop the entire footwear collection before it sells out.

On top of picking up a new pair of sneakers inspired by the show, South Park fans can catch up on the entire series online on Comedy Central and stream each episode on HBO Max. 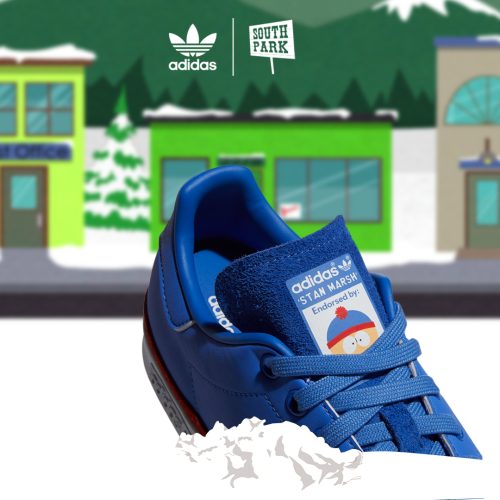 Stan Marsh meets Stan Smith in this reworked version of one of the most classic kicks in the game. Stan, the character, “endorses” the sneaker, and is displayed on the tongue of the shoe, peeking out from behind the laces. The blue and red sneaker mimics Stan’s hat colors, while the upper features 50 percent recycled materials. 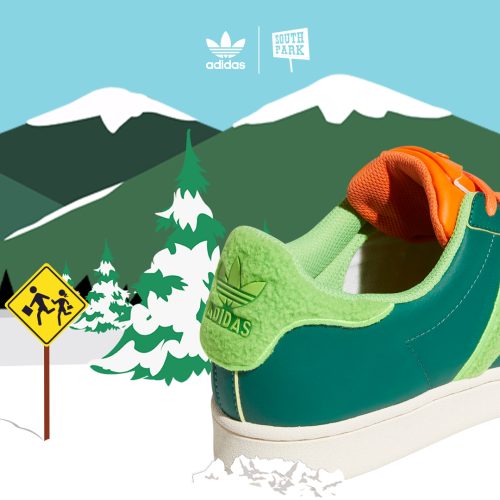 Inspired by the coat, hat, and gloves that one of South Park‘s main characters, Kyle Broflovski, wears in the series, the Superstar highlights Kyle’s signature look, complete with details like the tiny orange pocket on the tongue, and fuzzy-textured green stripes on the sides. 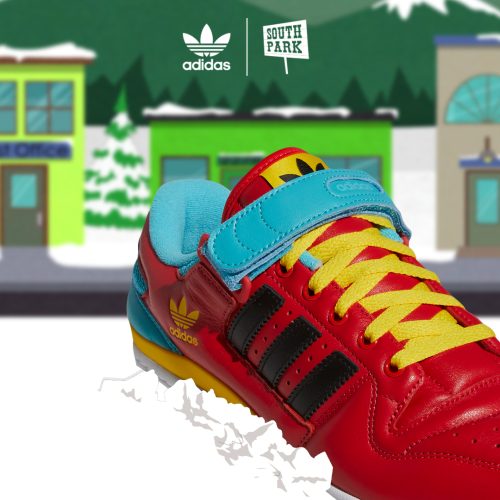 These bright and colorful kicks take their cues from Cartman’s winter wardrobe. An updated version of the classic Eighties basketball shows, the Forum Lows feature a leather upper, along with the signature strap detail for added support. 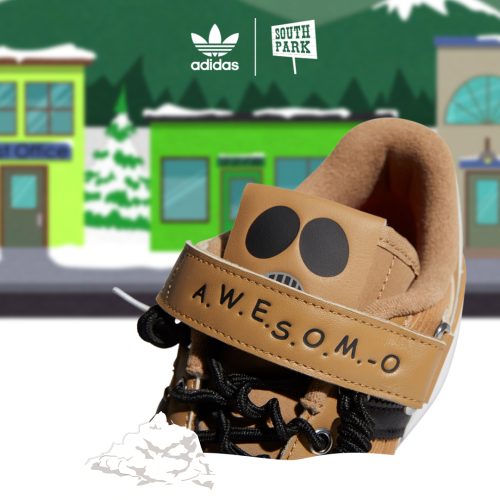 Another version of the Forum Low sneakers, true Cartman fans will want to own these “AWESOM-O” kicks, a nod to the character’s disguise from one of the earlier seasons of the show. With a robot face graphic on the tongue, the sneakers also come equipped with elastic curly laces and a leather upper. 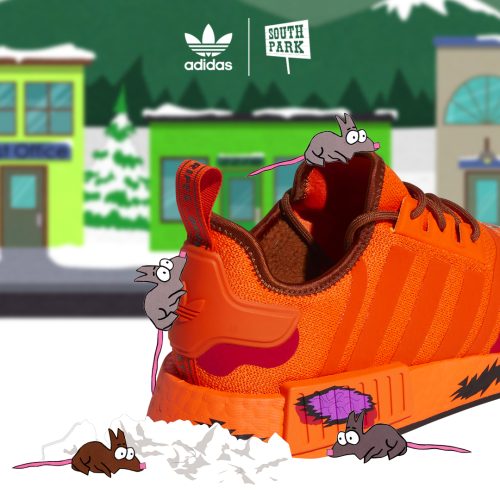 If the orange color doesn’t tip you off, the “OMGTKK” on the sides of the sole make it clear these kicks are all about Kenny. With a cozy interior lining that’s designed after Kenny’s parka, the NMD’s also come with the comfortable Adidas Boost midsole and knit upper. 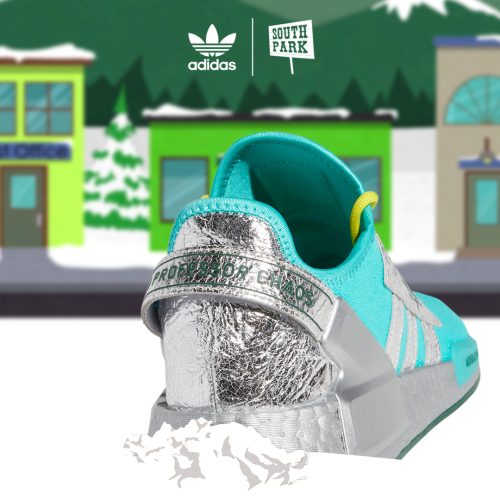 Another pair geared towards running with the built-in Boost midsole, these Professor Chaos-themed Adidas kicks feature silver foil detailing on the pull tab and back of the shoe, plus a fluorescent green color scheme that’s centered around the character Butter’s “supervillain alter ego.”

Excerpt: The Day Blixa Bargeld Quit Nick Cave and the Bad Seeds: 'You Be a F-cking Muppet'