Smartphone charging is a part of most people’s daily routine, but it’s easy to forget to plug it in at night and be faced with the realization you only have half an hour to charge your device before you leave for work. It’s even worse when this happens while you’re getting ready for a long night out.

Thankfully, iPhone and Android users can take advantage of the fast charging mode that’s been available on smartphones for the past three or four years. The term fast charging may seem vague, but the results are real:  Apple says its quick charge feature can refill up to 50% of an iPhone’s battery in 30 minutes.

The Stormy Daniels Case Has Left Trump With a Hilarious Dilemma

Please, We Implore You, Don’t Try to Shoot The Balloon

Other manufacturers are also catching on, offering fast-charging capabilities for their devices. But, to take advantage of this feature, you’re going to need a couple of accessories, which I’ll break down below. 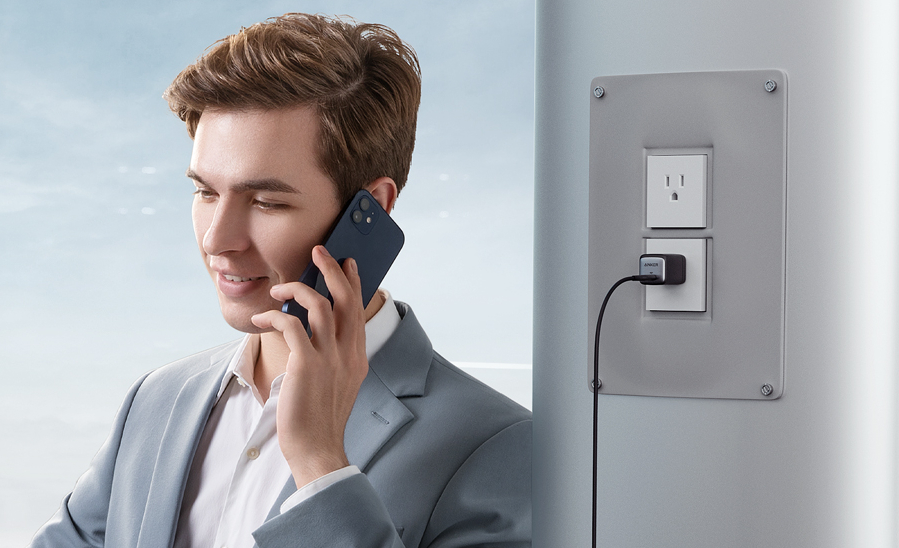 The most important accessory you need is a power adapter that can supply enough power to quick charge your device. A gadget’s maximum charging speed is generally determined by its size. Smartphones, including the iPhone and Google Pixel, have a maximum charging speed of 18W (watts) while larger devices like the iPad can quick charge at 30W. For reference, Apple includes a 5W power adapter with every iPhone except the iPhone 11 Pro and 11 Pro Max. It includes a 30W charger with its newest MacBook Air.

I’m recommending Anker’s Nano II because it has a maximum power output of 30W, which means it can quick charge both small and larger devices, and charge some modern laptops. I’ve also had very good personal experiences with Anker’s charging accessories over the past seven years.

The Nano II has one USB-C port on it, so you can plug an iPhone 11 Pro, iPad Pro, Android phone, or MacBook into it with the cable included in its box. If you use an iPhone or non-pro iPad, you’ll need a separate one. If you’d like to quick-charge multiple devices, or want a power adapter powerful enough to charge a 13-inch MacBook Pro, Anker’s Nano II has you covered.

Note: If you only want to fast charge an iPhone or smartphone, Anker also has an 20W power adapter available on Amazon for $19.99. 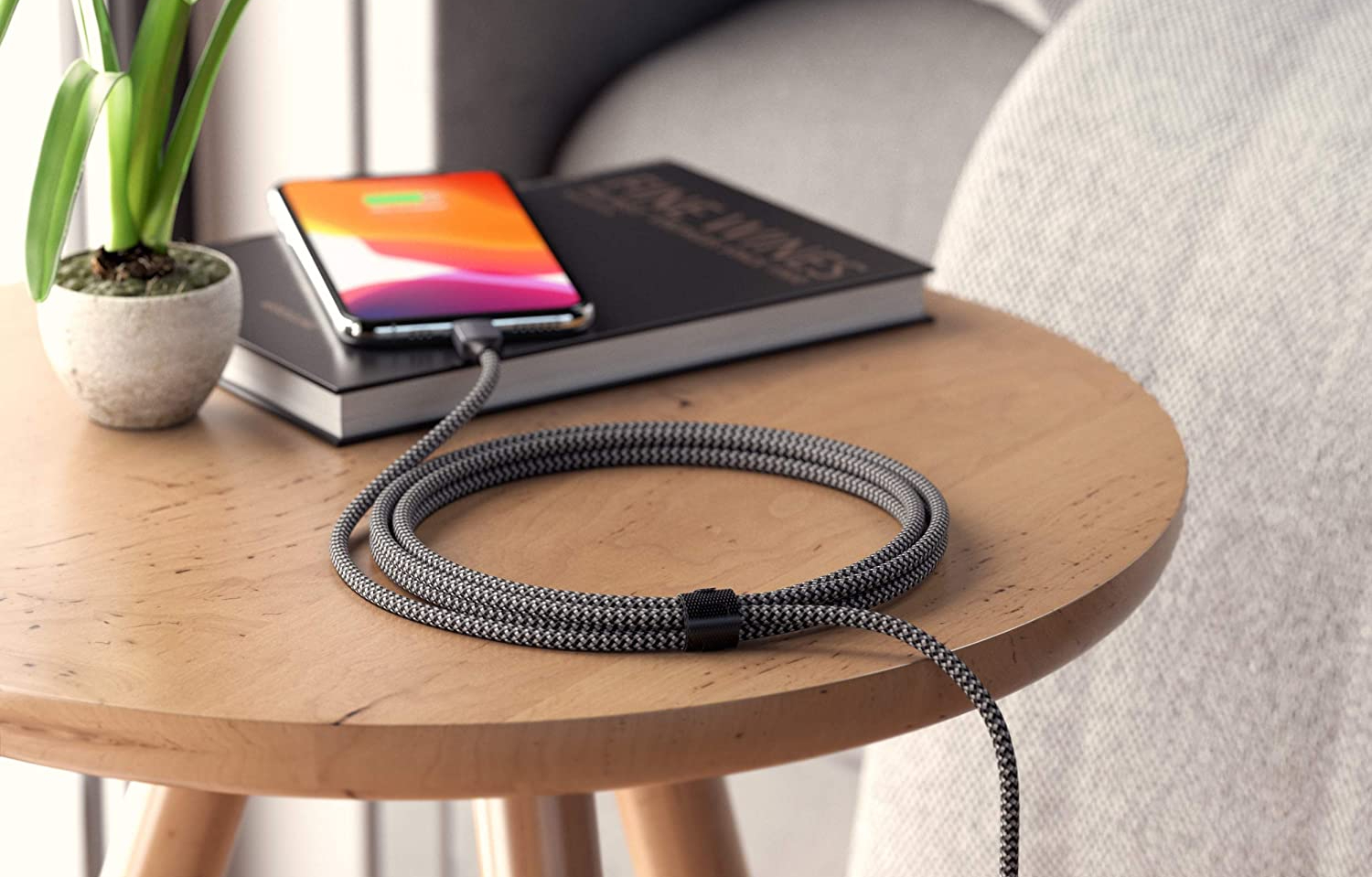 Tech companies always include a charging cable with their phone, but the ones they use aren’t always that great. They can crack and fray over time, which can make them dangerous to use.

You can avoid that issue by investing in a set of durable charging cables. We recommend getting ones from Satechi, an accessory maker that offers both USB-C to Lightning (for iPhone) and USB-C to USB-C (for Android) cables. These cords are six feet long (most included cables are only three feet) and come in a nylon-braided jacket.

We’ve had the opportunity to test these cords, and they’ve held up perfectly after months of daily use. We’re especially fond of their thicker connectors, which will prevent the cables from fringing at the ends.

3. An Outlet With USB-PD Ports

If you want to quick-charge your devices, but don’t want to bother with carrying around a power adapter around your house, you can replace your traditional outlet with this one from Leviton. It has two standard plugs plus two USB-C PD ports, which each deliver up to 30W of power, so you can quick charge multiple devices at full speed. This is also enough power to charge a MacBook Air.

The USB-C ports are spaced between the two standard plugs, so they won’t interfere with larger appliances (think toaster in the kitchen or table side lamp in the living room or kitchen), and look a lot more subtle than a power adapter jutting out of your wall. This outlet doesn’t require any special wiring or tools to be installed — just make sure to have a Phillips head or slotted screwdriver handy to remove screws holding the face plate and outlet into your walls.

This is a relatively simple DIY project, but don’t attempt it if you feel uncomfortable doing any electrical work. It’s better to ask an electrician to do it rather than risking potential damage to your house. If you do take it on, be sure to cut the power to the room you’re putting this outlet in before you get started to avoid electrocution.

As someone who installed a few USB outlets a few years ago, I can highly recommend this home upgrade. I never have to worry about where my phone charger is, or whether I’ve brought the right cable. I just plug my device in, and watch it charge. 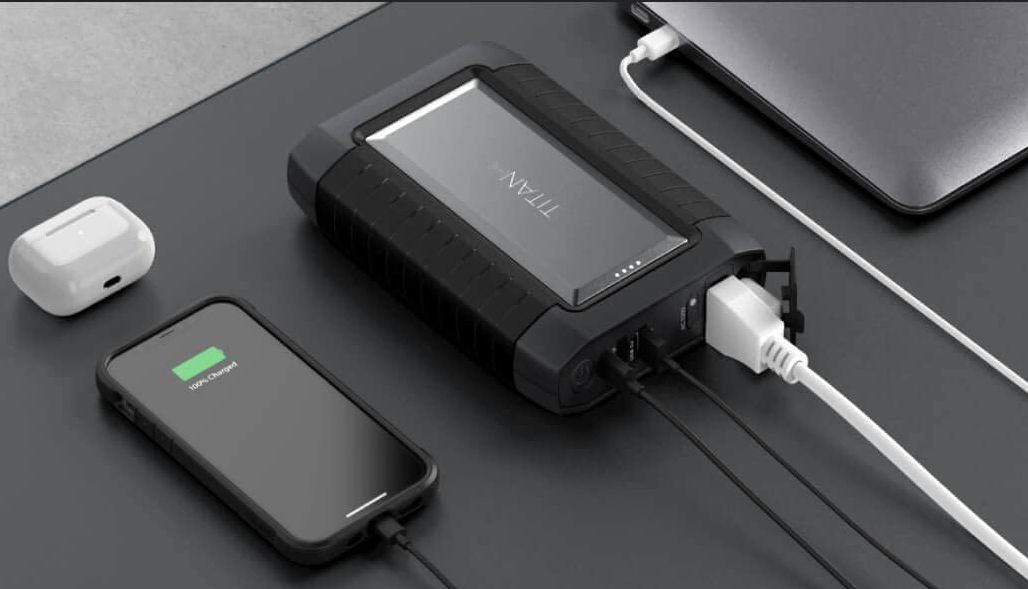 If you want to fast charge your iPhone, iPad, or Android phone, or extend the battery life of a USB-C enabled computer, you should get a battery pack with a USB-C PD port. These batteries will be larger than the pocket-sized one you probably have for your phone, but their higher capacity and fast-charging ability make it worth the size and weight.

Many battery packs have a USB-C PD port on them, and claim to output 30W of power, but that’s kind of a misnomer. In many cases, these battery packs have three USB ports (mostly two USB-A and one USB-PD port) with a combined power output of 30W. Their USB-PD port has a maximum output of 18W, which can quick-charge a smartphone, but not an iPad. Plus, these batteries can’t power a laptop. If you want a fully capable portable battery pack with a quick charge feature, I recommend Raptic’s Titan Air

It has two USB-A ports and a USB-PD port with a combined output of 91W. Its USB-C PD port can output 45W of power, which is more than enough to quick charge your iPhone iPad, or Android device, and charge a laptop. It even has a full-sized standard outlet, which will allow you to use this battery pack to power small appliances. If you hook up the appropriate laptop charger to the Titan Air, you can charge your device at the full 91W.

The one downside is that this battery pack weighs 2.3 pounds, so you’ll definitely feel it if you carry it around in a smaller bag. This isn’t a huge inconvenience given the power of this battery pack.