With something like a phone case, durability might matter more since you’re often prone to dropping it, or it can take a hit or accidental tumble. And while that stuff still counts with power banks, durability can go a lot deeper, like preventing a power overload, overheating, and risking damage to all your devices.

A durable power bank (also known a battery pack) is an essential accessory to not only keep your devices charged — but to keep them charged no matter the environment or conditions. Whether you’re camping, traveling or on a particularly treacherous commute (bike riders we’re looking at you), a good durable power bank keeps you plugged in and charged up without worry.

What Are the Most Durable Power Banks?

Here’s what to know when looking for the most durable power banks to buy online. A durable power should be able to not only charge up multiple devices, but should also be designed for the long run and frequent refueling.

Durability: Waterproof power banks are often the most durable, just by virtue of having to withstand splashes and rain. And while many waterproof power banks are available, they are often more expensive. Think about how much water your battery is likely to be exposed to – if you’ll be kayaking and boating, or even sitting poolside, it’s worth considering anything that meets IP65 requirements on the Ingress Protection scale.

A bank that can hold strong against being crushed (sometimes against a literal ton of weight) or dropped from high up is a more common occurrence, and all of our durable power bank picks are shockproof and drop-proof. Layers of silicone or rubber act as a shock absorber too, allowing your battery pack to survive hard falls on concrete and pavement.

Ports and Recharging: Depending on the number of devices you’re carrying, or other people relying on you and your power bank, the amount of ports is pretty crucial. Two USB outputs is a common standard, but there are plenty of durable power banks available with more, and a little planning now can be beneficial when you need it most.

Power banks also often have a wireless charging feature on top too, just like a charging pad, and though it isn’t as fast as wired, it’ll still charge up a phone when all the other ports are in use. As for recharging the bank itself, this varies, with the smaller ones taking a couple hours, and the heavier duty units taking anywhere from four to 12 hours.

Milliamp Hours (mAh): This is what the energy storage capacity of power banks is measured in, and is calculated from the amount of time a battery lasts when having power drawn from it. The number measures the amount of current, not charge, but a higher mAh will generally be able to charge up your gear more often, though it can also be more weighty and bulky.

Extras: If you’ll be taking this along on some rough activities, consider ones that have helpful extras. A built-in solar charger can be a huge boost when you’ll be away from a power source, as well as a compass, and a bright LED flashlight with an SOS mode. A carabiner clip also securely latches on to anything, making it easy to grab when needed.

GoalZero’s products were designed to shine in difficult situations. The company started off with LED lighting and solar paneling, eventually evolving to power sources that can stand up to the most remote and inhospitable places.

And there’s a ton of power packed into this two-pound bank: 110 volts, 100 watts, and a huge 26500mAh battery – the max allowable amount for air travel.

Charging up a laptop is no problem, along with other devices simultaneously. The two USB-C ports can be readily switched to input and output, along with two USB-As, a wireless Qi charger, and AC port. It also works with GZ’s solar paneling as well, and has an interactive OLED screen so you can always view the stats of where you’re at. 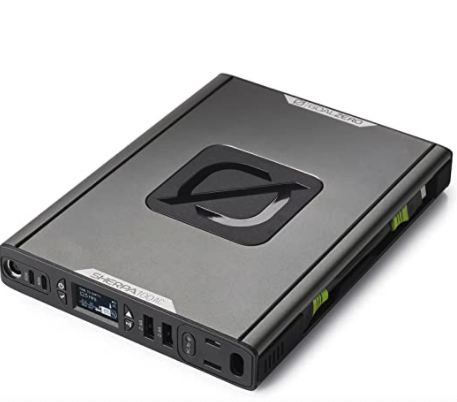 Get hours of power in a tough and rugged unit. Having two 120V AC plugs built right in is a huge convenience here, along with four USB ports, so you’ll never have to go searching for a wall outlet ever again. There’s also a 12V output and 15V spot for solar panel hookup, with easily readable lights that tell you the battery status.

Despite its big and boxy body, it only weighs just around three pounds, and depending on the connected devices, this can last 8-10 hours. Users reported it’s perfect for overnight necessities like a CPAP machine when there’s no other power supply available, or as backup in an emergency when power gets knocked out. 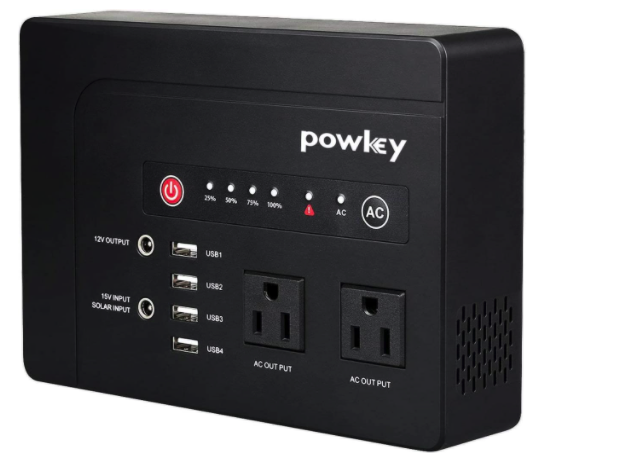 We like this durable power bank, which is able to recharge itself via sunlight thanks to the solar panel (there’s an option to plug it into a wall outlet as well). An emergency flashlight is included too, with dual LEDs to see in the dark.

Clear blue lights tell you how much power remains in this unit, and charging multiple devices at once is no problem. This unit also has a built-in wireless charging pad up top, for all your Qi-enabled devices. 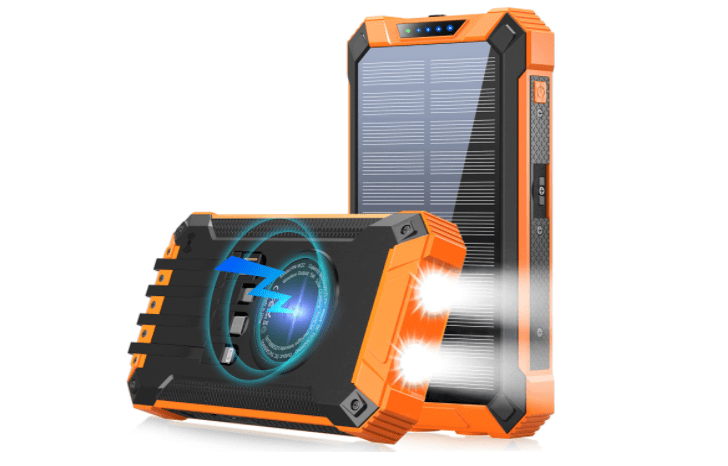 This bank gives you the extra boost of battery needed when you’re outdoors away from a power source, along with being built rugged and ready for drops in mud and water.

The extra-bright flashlight that’s built-in is especially great for camping, and the unit also charges speedily too, filling an iPhone Pro Max to 100% in just over an hour. 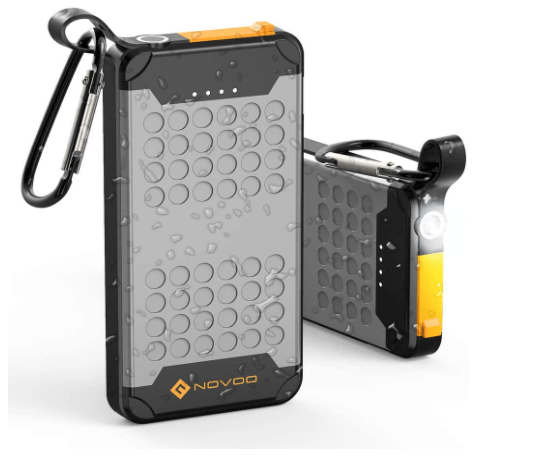 A 45W USB-C port on this power bank is enough to refuel a MacBook Air, and still have enough output for an 18W Quick Charge and a regular 5W USB charge, all simultaneously.

This has an impressive 20,000mAh battery, as well as a really handy LED display that lets you know how fully charged it is.

As always, Einova’s Italian design is sleek, modern, and smooth.  The texture on the linen canvas is super-soft, as well as waterproof, and still small enough to fit into a pocket. 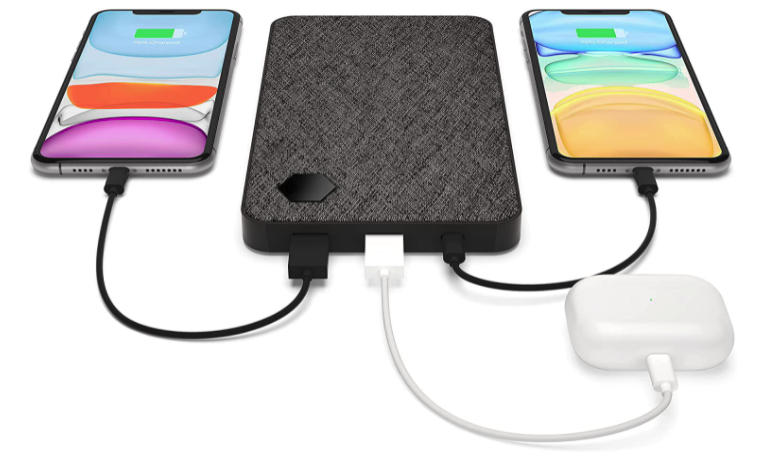