Audiophile-beloved features have only become more in-reach over the past few years, paving the way for premium, but yet still relatively accessible, headphones with ANC (active noise cancellation) and Hi-Fi audio support to be everywhere on the market. But for every Subaru packed with power and affordability, you’ve got to have your Lamborghinis. Mark Levinson’s new Mark Levinson No. 5909 pair are the Lamborghinis of wireless noise-canceling headphones.

First announced at CES 2022, we’ve got to start out with the elephant in the room — yes, these headphones are pricey, costing a cool $999. Mark Levinson, owned by audio giants Harman Kardon and Samsung, had previously been known for their selection of top-of-the-line amps, CD players, turntables, and Lexus car audio systems.

Their latest foray into the personal audio space has been garnering a lot of attention, mostly compared to the success of the AirPods Max at even their expensive $549 price point (almost half that of the No. 5909s). While it only makes sense to pit the two against each other, after spending a week with the headphones, Mark Levinson’s commitment to combining top-notch comfort in their design with the most premium audio engineering for Bluetooth listening makes the No. 5909 almost worthy of that price tag. Almost.

Designed For Luxury And Comfort 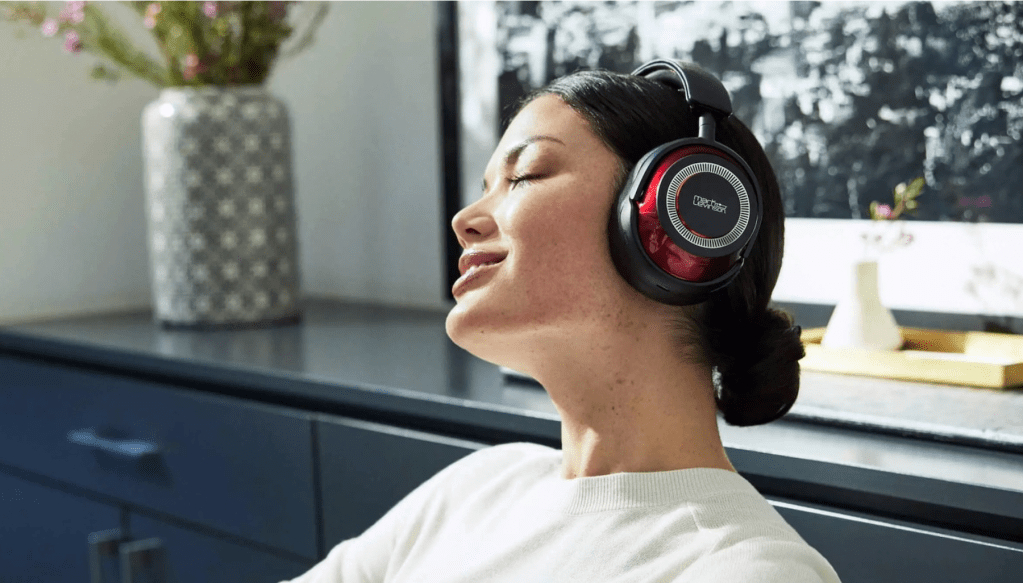 The No. 5909 follow Mark Levinson’s philosophy of making industrial audio gear with thoughtfully-designed touches. Thanks to their connection with the automotive industry, the outside of the earcups are made out of a pretty solid aluminum frame, with an attractive, glossy metallic finish.

When I unboxed these for the first time, I was struck by how hefty they felt for wireless headphones, which made sense given their professional design fit for studio sessions. But the headband frame is a classy textured leather, and glides smoothly if you need to adjust the fit to sit comfortably on your head. I didn’t have a problem with slippage at all when I wore them on my daily morning walks (but wouldn’t recommend them for anything hardcore, like HIIT workouts).

The closed-back earcups are form-fitting without squeezing your head to migraine-inducing levels, and their plush leather pads meant my ears didn’t hurt after a full workday of wearing them, either. So if you have sensitive ears like I do, and normally spring for earbuds for that reason, the No. 5909 make a good case to spring for an over-ear pair. Bottom line, the No. 5909 look and feel damn good, which is admittedly a low bar for that price.

These headphones also thankfully have physical buttons for touch controls. The earcup buttons work intuitively, and offer controls for music playback, volume, taking and ending calls, noise cancellation, and turning Ambient Mode on and off. One of my biggest nitpicks is earbuds or headphones that often have up and down volume control on separate sides, but this conveniently features both on the same side (that being said, I still mostly use controls on my phone, though).

While most higher-end headphones will pack in six microphones, these only use four microphones for active noise cancellation, but all four are used in combination with what Mark Levinson calls “Smart Wind Adaption” to prevent your voice from being muddled by outside noise during phone calls. I took a call on one of the busiest streets in Brooklyn, but everyone said I sounded crisp and clear, even compared to my AirPods Pro.

The active noise cancellation is also way more responsive than mid-range headphones due to a built-in adaptive ANC which adjusts accordingly based on the level of ambient noise around you. This makes them great for air travel or noisy commutes, since you can still enjoy the subtle details in the music while still being at least marginally aware of what’s going on around you. They also threw in an extra “Ambient Mode,” so you can still answer questions from that one coworker who bothers you without taking off your cans. Conveniently, one button switches between all three modes, or you can switch them on the app.

Truthfully, though, when you hold them up to the competition, the No. 5909 really don’t offer the best ANC around. That distinction would go to our favorite noise-cancelling headphones, Sony’s WH-1000XM4, or even Apple’s AirPods Max, which truly dampens even higher-pitched noises (think doorbells). They’re still better than average, and the different modes help, but they’re not selling us on ANC alone. That’s where the No. 5909’s nuanced sound performance comes in, but we’ll get to that later. 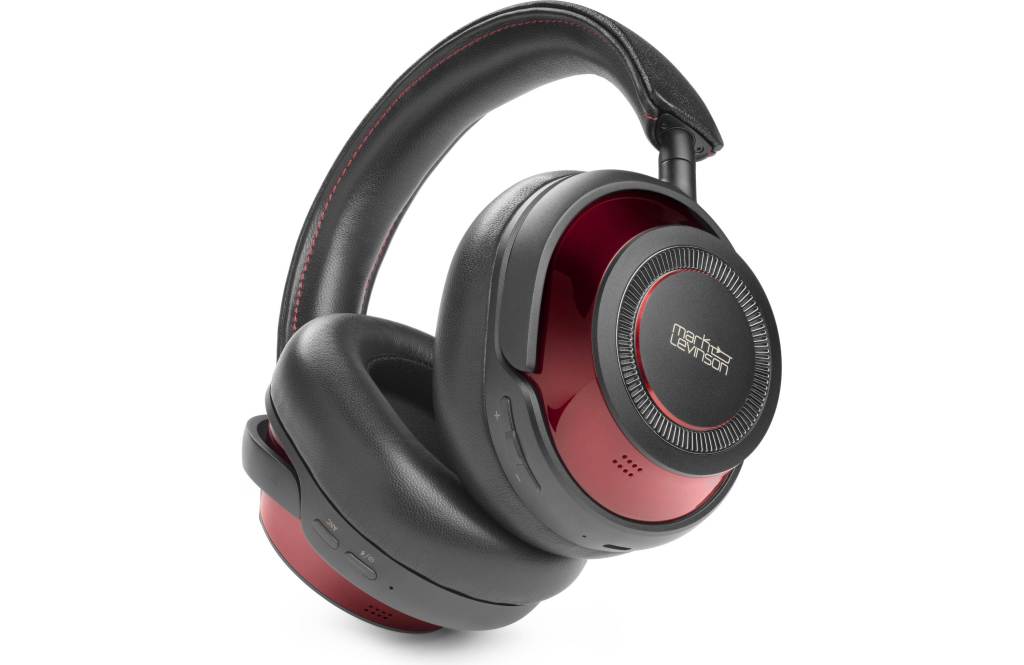 Any serious audiophile will tell you that wired listening is the only way to go, and Mark Levinson certainly provides on that front. You’ll get a set of cables that allow you to turn the headphones into wired ones with one long and one short USB-C to 3.5mm headphone jack cable. All of these cables, along with a USB-C charging cable, can fit into a nifty compartment in the headphone’s hard case.

Mark Levinson says the No. 5909 get up to a respectable 34 hours of battery life per charge (without ANC), and after using them as my everyday headphones, I’d say that’s fairly accurate. Every few days I’ll give them a long charge (but a 15-minute top off can easily give you six hours of listening) and that’s enough to get me through the week without worrying my tunes are gonna cut out in the middle of the workday or during Zoom calls with friends who would mock me if my AirPods died.

No Compromises on Listening Quality — Wired or Wireless 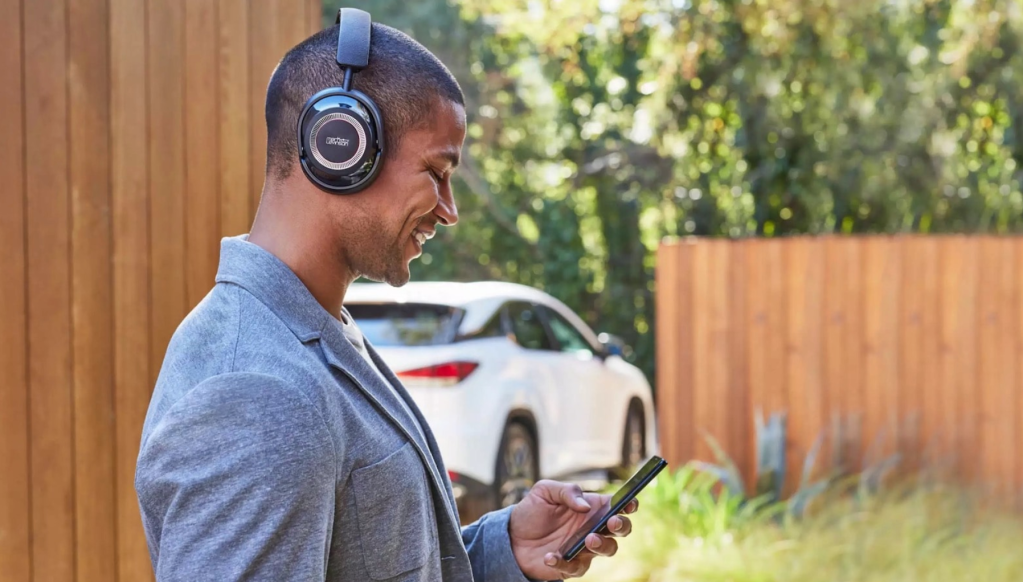 As we’ve said again and again, Mark Levinson made a bold statement pricing the No. 5909 up to $500 higher than its main competitors, such as the AirPods Max, or even the Bowers & Wilkins’ PX7s. They had a lot of promises to deliver on, and we think that with some clever engineering, they managed to squeeze as much warmth and precision out of wireless sound as possible. Are they leaps and bounds ahead of models around $400? No, but that doesn’t mean you won’t be at least a little impressed.

Each ear cup has 40mm beryllium-coated drivers, which cuts down on the reverb and allows your music to sound well-defined across all frequencies. They optimized the headphones for the “Harman curve,” which describes a sound profile expertly-tuned for balance, but even with this level of precision, they know when to hand over the reins. You have the option to enhance or “attenuate” the bass in the Mark Levinson app.  While these EQ adjustments are nice, I found the base  settings to sound, well, the most balanced.

With the No. 5909 it doesn’t just depend on what you listen to, though, it matters how you’re listening. The headphones are high-res certified, and offer support for nearly-lossless streaming over Bluetooth with LDAC and Qualcomm’s AptX Adaptive codecs. Unfortunately for my fellow iPhone users out there, Apple’s products don’t currently support these codecs (Android devices will).

When you’ve got the right method music for streaming, these are some of the clearest, more defined-sounding Bluetooth headphones out there. They worked like a dream when I tried them out with Qobuz’s streaming service, which has a huge high-res audio library, but there’s other options like Tidal for high-resolution streaming. Familiar songs sounded super accurate and pure, yet still maintained a certain warmth. The stereo soundstage isn’t super deep (the AirPods Max at least has ‘spatial audio’ to make up the difference), but its instrumental balance is superior to most Bluetooth headphones. Testing them as wired headphones added a small boost to the depth of sound quality, but that’s par for the course when you go lossless with wired listening.

With highs that sparkled, and a tight, refined bass, the No. 5909 have worked with nearly every track I listened to. The subtle bass on James Taylor’s Your Smiling Face was undistorted and clear without being overwhelming. Even son montuno piano lines in salsa songs like Ese Hombre sounded as clear as La India’s gravely vocals. Silk Sonic was very much in heavy rotation during this testing, since I know how much of a stickler he is for replicating studio qualities of the era. I was struck by how much it feels like you’re in the room, and hear the intention in every hit of the high-hat drum or well-put together melody in songs like Smokin Out The Window. 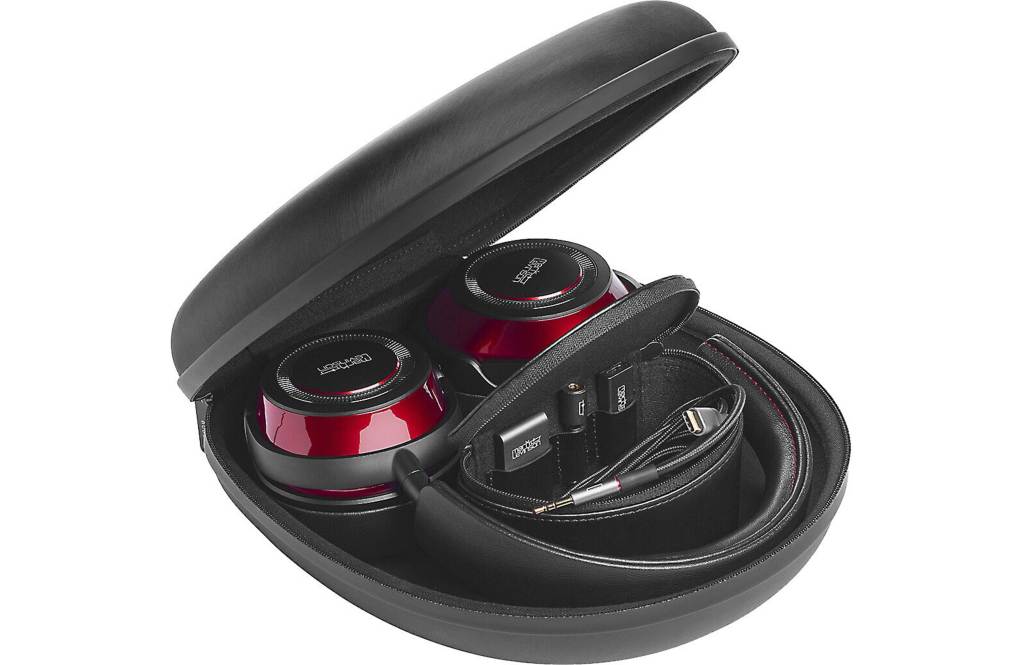 My real litmus test, as silly as it may seem, is typically Bell Biv DeVoe’s Poison, where every hit on that synthesized drum kit can practically make my ears burst on shoddy headphones. But it never sounded overblown, and even the baseline remained crystal clear, with a fairly even distribution of vocals to instrumentals. This may not appeal to everyone, bass heads specifically.

We cannot emphasize enough that the No. 5909 will only sound as good as what you have to play on them, so you’re definitely going to be losing some texture and definition if Spotify is your go-to streamer, or if you’re exclusively using Bluetooth on an iPhone. Your mileage will vary, but to get the most out of your listening experience, high-res audio files on a streamer meant to support them, with the wired cables connected to a headphone amp/DAC is the audiophile’s way to go.

But that means tossing even more money at an already premium pair of headphones. And while the No. 5909 sound excellent, are all these concessions really worth it?

Final Verdict: Are the Mark Levinson No. 5909 Worth It? 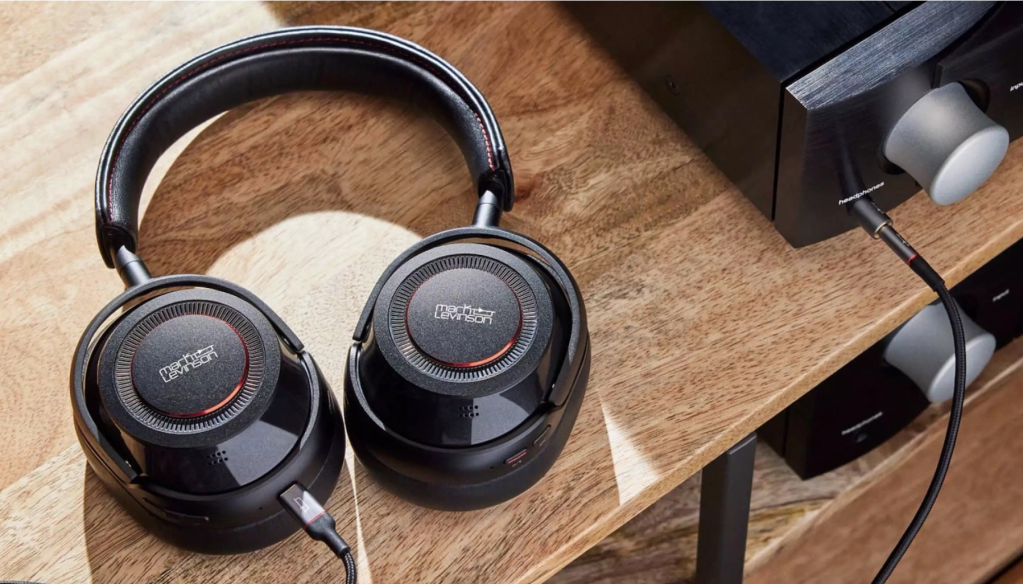 Mark Levinson No. 5909 over-ear headphones look and sound like some of the most premium on the market, even if the $1,000 price-point can be a stretch for what you end up getting. For what’s under the hood, they might be worth it if you care a lot about Hi-Fi audio and have a few bucks to throw down. Otherwise, you can easily pass.

The immersive active noise cancellation is still highly-effective (though not the best in the industry), they get up to 34 hours of music playback per charge (respectable), and their ambient mode filters out most important sounds (i.e. cars in traffic, or a passing train) while still feeling seamless with your music playing.

What’s truly impressive is the No. 5909’s sound when paired with the right high-res audio, especially while using LDAC and Qualcomm’s AptX Adaptive codecs for near-lossless Bluetooth streaming. While you can adjust the EQ in the app, the depth and purity of sound is great as-is. It’s some of the best, but then again, $1,000 is $1,000.

They’re a huge investment, and you might find many of these features in comparable headphones under $400. But not every pair is quite there yet, so in terms of sheer reference-quality audio and aesthetics, Mark Levinson No. 5909 is still the cream of the crop.