Tablets have become increasingly popular over the past five years because they fill an important gap between smartphones and traditional computers.

Their large displays offer a better experience when watching videos, viewing photos, or browsing the web, but they don’t have a bulky keyboard weighing them down. What’s more, technology has advanced quickly enough that some tablets are actually powerful enough to fully replace a laptop.

If you haven’t given tablets a try, or have an old, slow one collecting dust in your junk drawer, now’s the time to pick one up. One of the best places to get a tablet is Amazon, which has all of the big-name tablets in stock at excellent prices. Shopping at Amazon also offers the benefits of fast shipping and hassle-free returns if something goes wrong.

If you’re shopping on Amazon for a tablet, we found the best ones available right now, and collected them below.

What Are The Best Tablets On Amazon?

There are many factors to think about when choosing the right tablet available on Amazon; below are the most important ones, which we considered while we were researching this list.

Screen Size: Tablets come in all shapes and sizes, from the ultra-portable to laptop-sized. Larger tablets are more powerful, but weigh more and are more bulky. Smaller tablets may not be as capable, but they’re far easier to throw in a bag. The ones we’re recommending range in size from seven to 12.9 inches.

Operating System: Most of the tablets in this guide run a mobile operating system that’s less capable than MacOS, Windows, or Linux. In many cases they’re beefed up versions of iOS and Android, with additional tablet-only features that enable more functionality than a typical smartphone.

Creation Vs. Consumption: One of the first factors to keep in mind when choosing a tablet is how you plan to use it. If all you want to do is watch shows on Hulu, you won’t need a tablet with an ultra-fast processor. If you plan on using your tablet as a replacement for a laptop, or for high intensity tasks like editing 4K videos, you’ll need a more powerful one.

Storage: The tablet’s we’re recommending come with 16GB (gigabytes) to 256GB of storage. If you’re using streaming apps, and don’t have a large library of digital goods (think movies and TV shows), go for the smaller size. If you’d like to keep your entire photo library downloaded at all times, or want to use a lot of apps, opt for more space.

Cellular Connectivity: All modern tablets have Wi-Fi, which allows you to access high-speed internet at home, hotels, or cafes, but some allow you to connect directly to a cellular tower like a smartphone. Getting cellular service on a tablet requires paying a monthly fee, but may be worth it if you want the flexibility to work from anywhere. 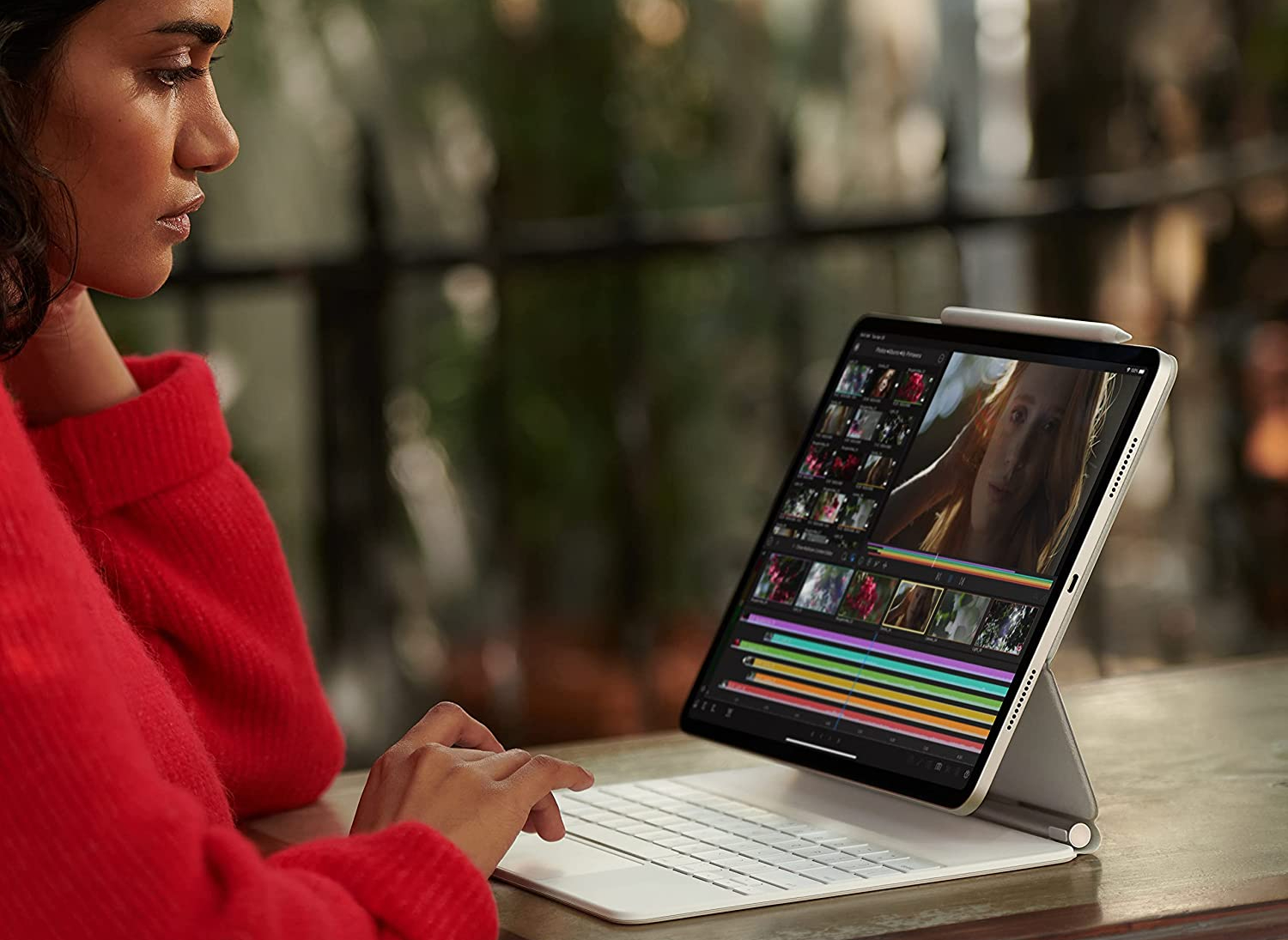 The word iPad has become synonymous with tablet since 2010, and Apple’s latest models are still the best.

Its ultra premium current-generation 12.9-inch iPad Pro is the by far the best tablet you can get in 2021. That’s due in large part to Apple’s decision to build it around the M1, its new desktop-class processor. This is the same chip the company has in its latest 13-inch MacBook Pro.

The power boost allows the iPad Pro to handle tasks like high-resolution photo editing with ease. In our tests, the iPad Pro wouldn’t slow down, no matter how far we pushed it. We still think that iPadOS is too limited compared to MacOS or Windows, but that isn’t an issue once you get into a professional app like Pixelmator Pro, which was designed to take full advantage of all the iPad Pro’s power. Overall, the iPad Pro is a tablet you could use as a full time laptop replacement.

Apple made two other big changes when it updated the 12.9-inch iPad Pro earlier this year that change the experience of using it for the better. First, it replaced the previous-generation’s USB-C port to a Thunderbolt 3 port. The connector is the same, so all of your current charging accessories will work. Thunderbolt 3 substantially increases the speed at which the iPad Pro can read and write data to an external drive. It’s now possible to edit high resolution video located on an SSD, which is no small feat.

This is also the first iPad to get a “Liquid Retina XDR” display, which means it has a MiniLED screen as opposed to a traditional LCD panel. The result is near-OLED performance when it comes to color reproduction and black levels. The difference is immediately apparent, and makes the overall experience of using the iPad Pro better.

The 12.9-inch iPad Pro is available in a number of storage configurations, but 256GB is the sweet spot for most people. If you choose the 1TB or 2TB option, your iPad will have 16GB of RAM (memory) instead of 8GB, but that’ll only matter if you’re an iPad power user. The iPad Pro is also available with cellular connectivity if you’d like a more wireless experience.

It may be overkill for a lot of people, but the 12.9-inch iPad Pro is the best tablet available in 2021. 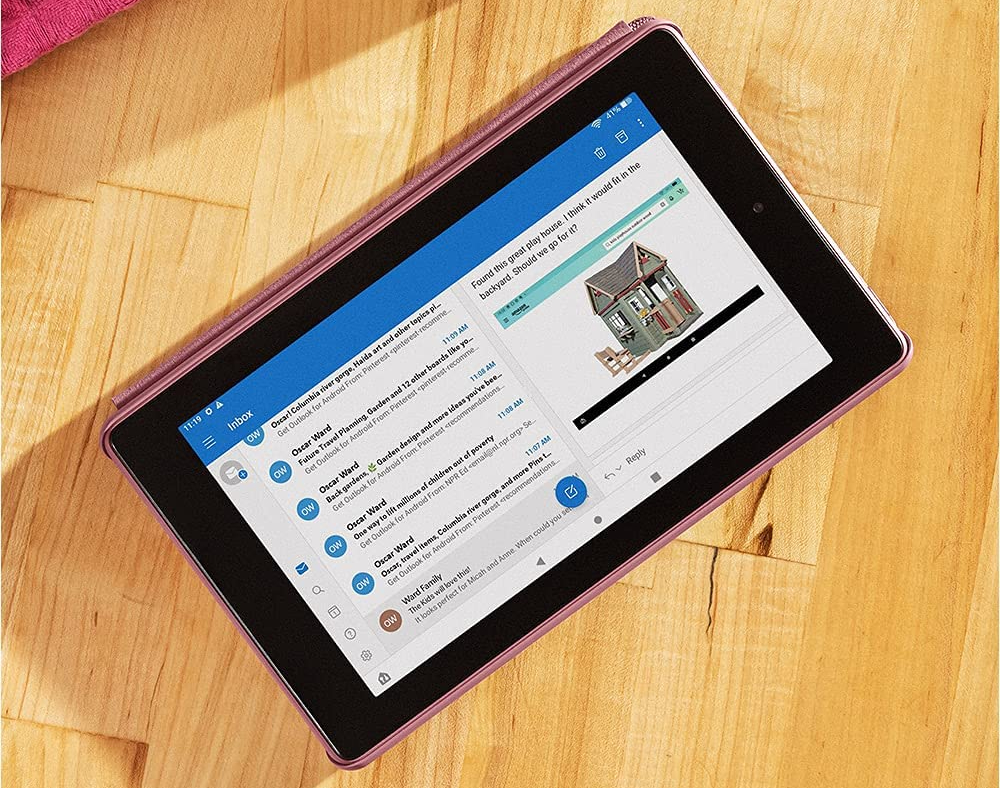 The $50 Fire 7 Tablet is one of the best deals available in the entire world of technology.

The 7-inch tablet was designed to offer a seamless experience to people who use Amazon’s services. It’ll prompt you to enter your Amazon credentials, then automatically populate the device with your Kindle, Prime Music, Prime Video, and Audible content. You can start reading, watching, or listening in just a couple of taps.  If you’re looking for a tablet purely for consumption, this is the one to get.

That said, Amazon had to make some concessions to reach the Fire 7 Tablet’s aggressively low price. It’s not powerful enough to handle productivity software, it has a non-HD screen, and only comes with 16GB of storage. You can fix that last problem by popping in a $32 MicroSD card, which adds 256GB of space.

It may not have a lot of flashy features, but Amazon’s Fire 7 Tablet can handle most light tasks with ease. 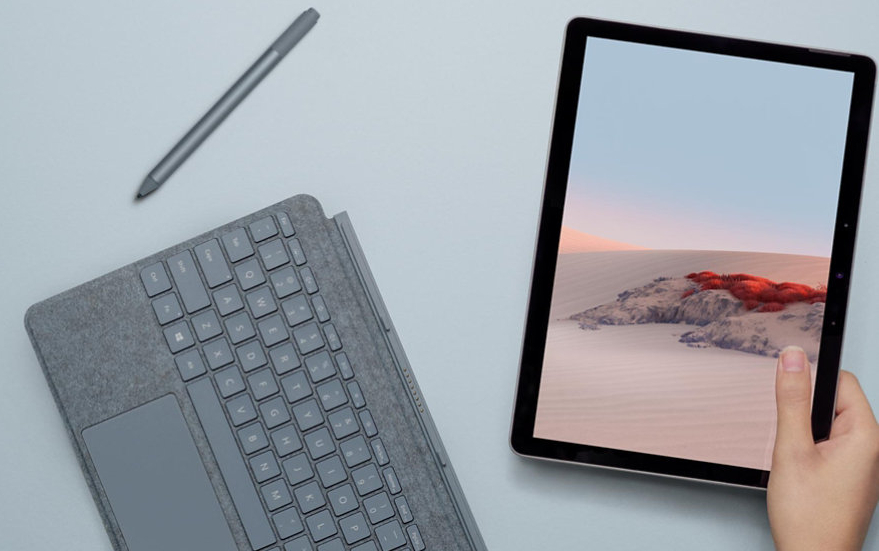 Microsoft’s Surface Go 2 rides the fine line between laptop and tablet better than any other device available right now.

That’s in large part because it runs Windows 10, a full, desktop-class operating system. Microsoft has said the Surface Go 2 will also receive a free update to Windows 11 when it launches this fall. Running Windows allow the Surface Go 2 to run any app you throw at it.

The caveat is that the tablet runs on Intel’s low end Pentium Gold processor, so your experience may not always be smooth. The Surface Go 2’s 10.5-inch display, 128GB of storage and 8GB of RAM make it competitive with the iPad Pro, though. What’s more, Microsoft bundles a keyboard with the Surface Go 2, while Apple charges $349 for its Magic Keyboard.

The Microsoft Surface Go 2 is a full Windows laptop in a sleek, ultra-portable package most competitors can’t match.