If you’ve got a child who’s afraid of the dark, or baby who wants to be amused or soothed at night, a regular nightlight may not cut it. Projection lamps are small, table-side lights that shoot out different colors or patterns. The images and colors are dispersed in all directions, covering every wall and ceiling while making no permanent marks.

Unlike projectors, projector lamps don’t need to be positioned perfectly to work properly. Setting it up in the middle of the room will allow the lamp to cover the largest area, but you can leave it on top of a bedside table or dresser and it’ll still work very well.

Aside from being used to pacify babies, the best projection lamps are also a fun addition to parties, presentations, and movie nights as well.

What Are the Best Projection Lamps?

There are many factors to consider when choosing the best projection lamp for you; below are the most important ones, which we considered while we were researching this list.

Sounds: Projection lamps are mostly a visual gadget, but some of them have a small speaker, so you can play music through your phone during the light show.

Remote Control: A lot of projection lamps require you to touch buttons on the lamp itself to make adjustments. Our guide contains a remote-controlled option, which is great if you’re using it as a night light, and want to turn if off after your kid has gone to bed.

Power Source: In most cases, projection lamps need to be plugged into an outlet to work, but we made sure to include a battery powered option too.

KINGWILL’s Star Night Projector is the only projection lamp in our guide that can run on batteries. It requires three AAA batteries, which are not included with the lamp. You can also plug it into the wall with a power cable, which is included.

This projection lamp has a starry sky design, which projects an array of different-sized stars and a waning crescent moon onto your walls. You can cycle through four different color modes by pressing buttons on the lamp, and set it to remain static, or rotate 360 degrees.

If you want a highly mobile projection lamp, and are getting one for a person who loves outer space, this is the best choice. 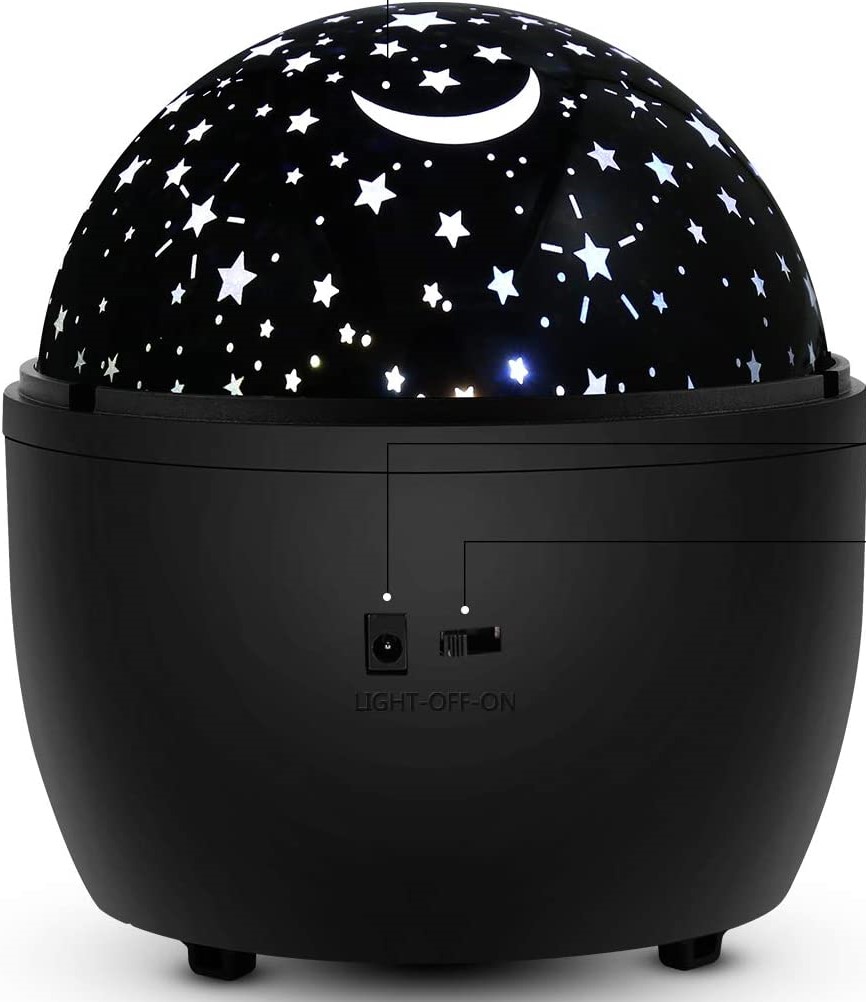 SOAIY’s Aurora Projection Lamp has a mini speaker built into it, so you can play amplified music and enjoy an indoor light show.

This projection lamp looks like a crystal, and has eight different light settings, which you can switch between by pressing buttons on its base. It doesn’t come with a remote control, but you can set it to turn off after an hour, which makes it a good night light. You can tilt the lamp up to 45 degrees, so you can find the best position to reach the most space on your walls and ceilings.

The automatic turnoff feature and built-in speaker make this the right pick for parents who want a way to help soothe a kid who’s having trouble sleeping. 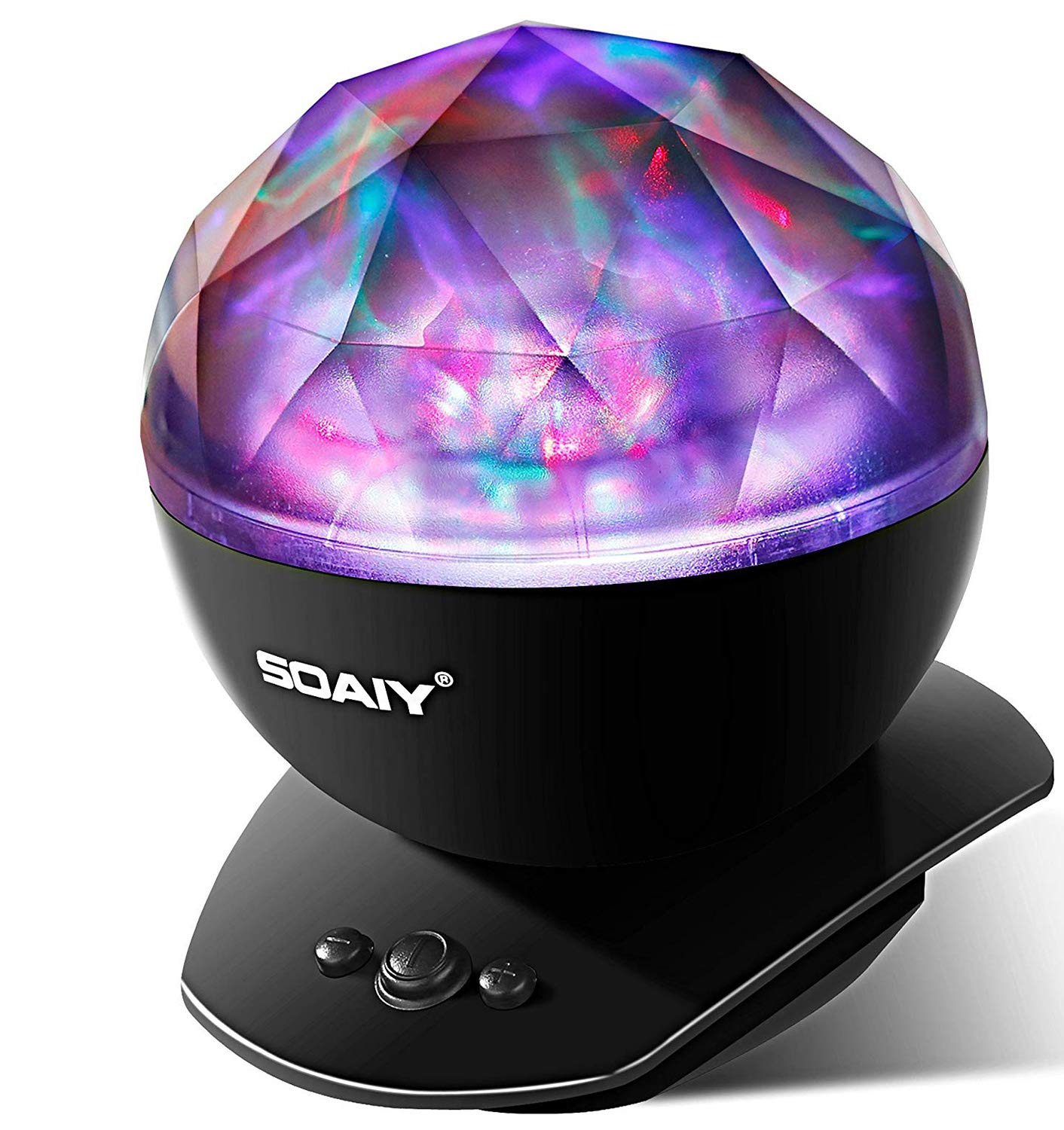 If you want to set up projection lights for birthdays, holidays, or other parties, Luditek’s Party Lights are the right way to go. This two-pack allows you to fill multiple rooms of your home with fun lights.

These projection lamps project a color pattern, and you can change between seven different modes via a remote. There are single color modes and multi-color modes, so you can set the tone in each room accordingly. You can also enable one of three “sound-activated” lighting modes, which will turn the lamps on when you play music.

Luditek’s projection lamps can’t run on batteries, they have to be plugged into a wall with the included power cables. They don’t have a built-in speaker, either, so you’ll have to use a separate sound system instead.

If you regularly throw parties, and want to kick them up a notch, Luditek’s Party Lights are the right projection lamps for the job. 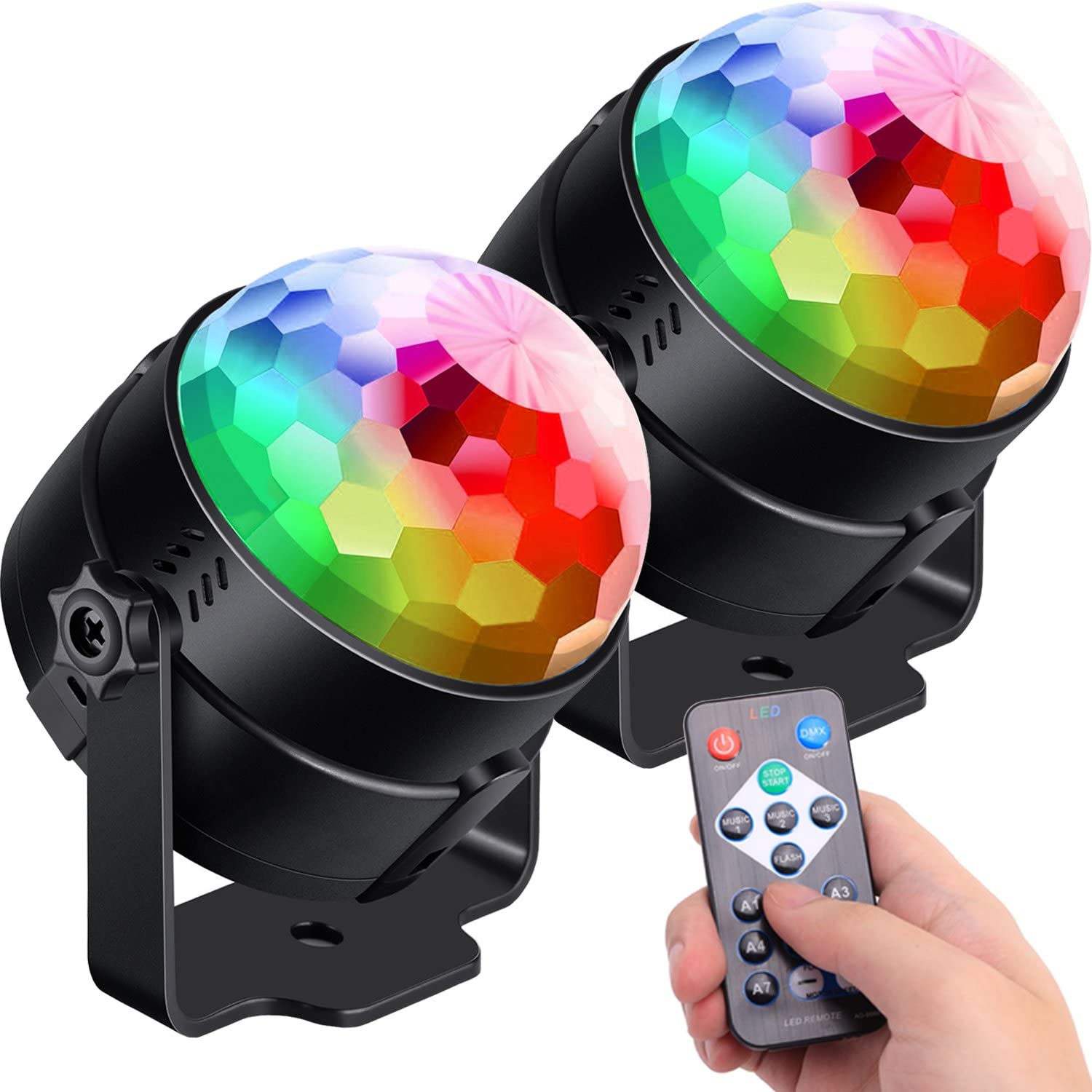