The rise of broadband internet and lower-cost video equipment has caused a boom in live streaming. It’s easier than ever to turn your living room, bedroom, basement, or closet into a production-quality internet TV station. Twitch, the most popular live streaming platform, has over 92,000 live broadcasts and more than 2.4 million viewers online as I’m writing this (these numbers increase at night and on weekends).

Streaming on Twitch, or its main competitors YouTube TV, Facebook Live, and Instagram is totally free. That’s not even taking into account Zoom meetings, FaceTime or Skype calls where you’re interacting with your colleagues and friends on camera.

But as much as a live stream is based on the content you provide, you also want to make sure you’re putting your best face — and footage — forward. Nothing ruins a live stream quite like a shaky camera and too-dark image.

If you’re building a streaming setup from the ground up, or want to upgrade the one you currently have, we’ve collected 10 tech accessories that will improve the production value of your stream. We’ve covered the basics, from the right camera, to lighting and audio equipment you can use in your studio or take on-the-go for remote shoots. The only thing you need now is something to say, and someone to share it with.

The Best Gaming Headsets to Upgrade Your Gameplay

The Best Headsets For Video Chatting and Conference Calls

The most important component in a live streaming setup is the camera. Yes, your computer likely already has one built-in, but that camera was designed for video chatting, not live streaming. Wyze makes one of my favorite security cameras, but the company just released an update that lets you use it as a webcam, too. You’ll need to connect it to a USB port on your computer, and download some specific software from Wyze’s website, but you should be up and running in a few minutes. 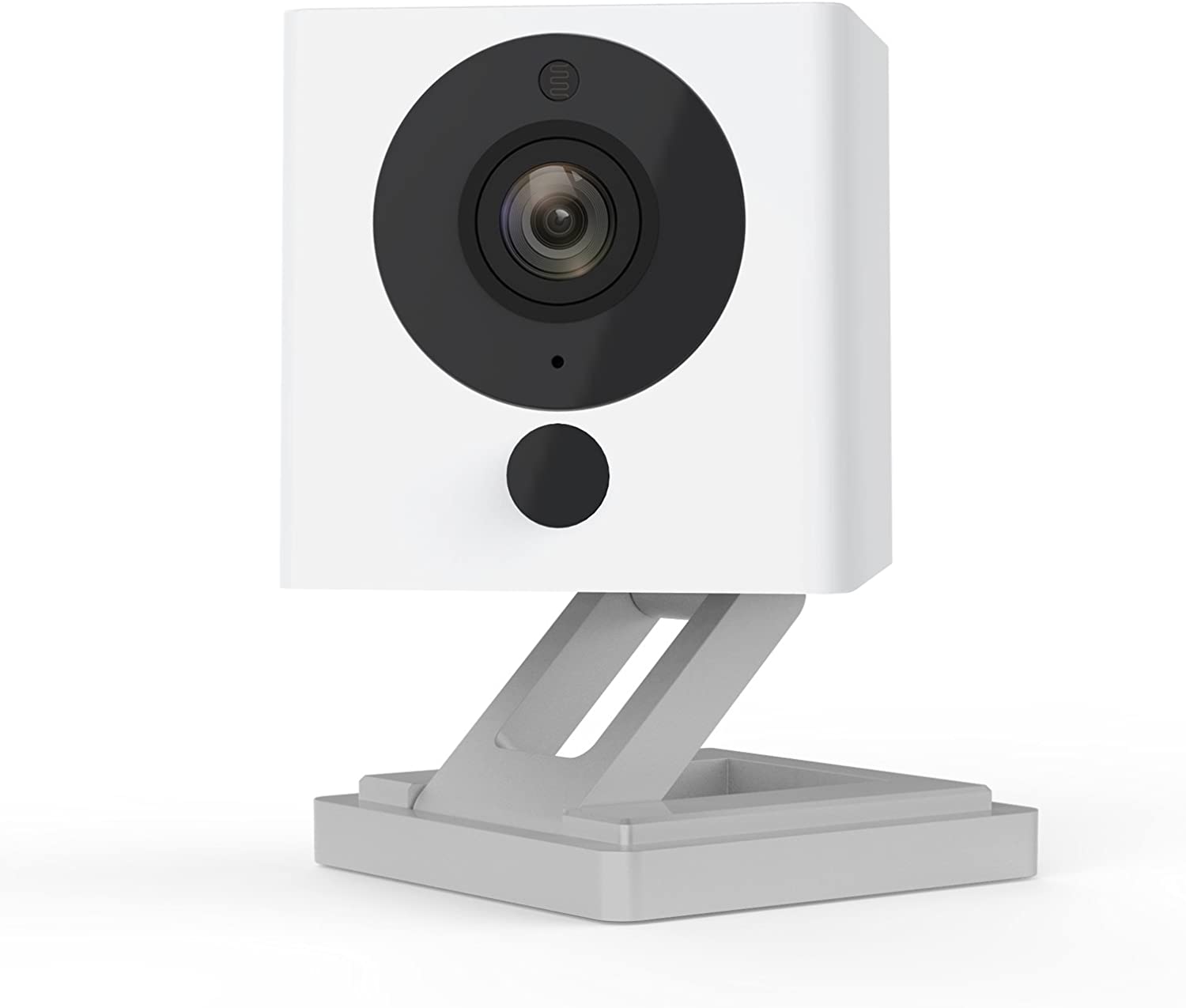 I’ve singled out the Wyze cam because its 1080P video resolution, night mode, and built-in microphone make it a good all-in-one solution for people who are just getting into live streaming. Plus, when you upgrade to a more sophisticated webcam (or dedicated camera), you can use the Wyze Cam for its original purpose, to keep your home safe.

If you’d like to shoot stable video but don’t want to be limited by the position of your webcam or camera, you’ll need a tripod. This one from UBeesize can be raised and lowered between 21.7 and 61.4 inches, and its rotatable ball head allows you find the exact angle for your shot.

This tripod has a maximum load weight of 26.46 pounds, and weighs just over 3.3 pounds on its own. It comes with a mount for smartphones (great for those IG Live workouts) and GoPros, a Bluetooth shutter button you can use to start and stop recordings, and a carrying case for easy storage. 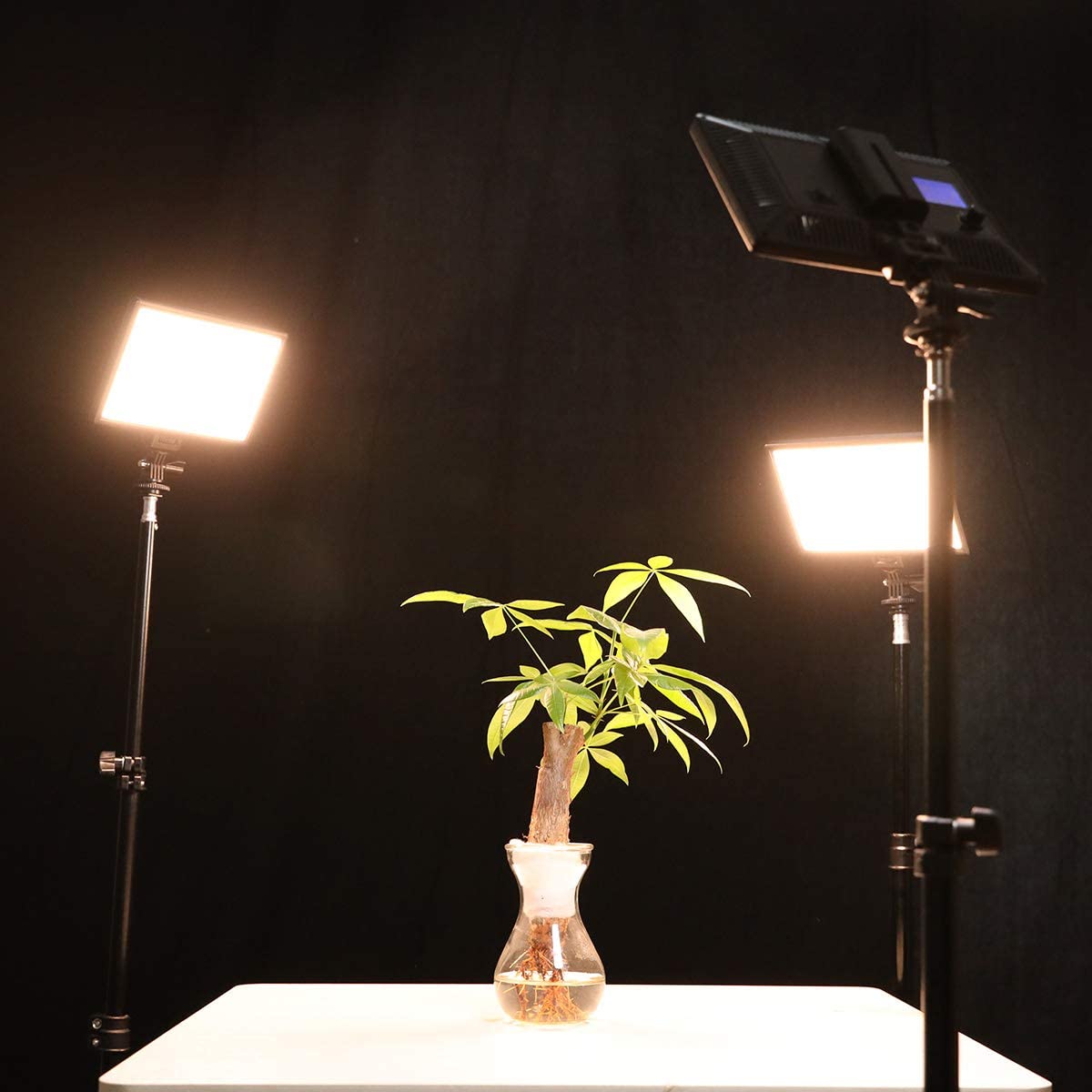 One of the biggest improvements you can make to your live streaming setup is adding dedicated lighting. If you’re in a dim room, your video will look grainy as your camera tries to compensate for the lack of light. SUPON’s LCD Lighting Panel creates 987 lumens of light (that’s more than most flashlights), and its color temperature can be adjusted between 3300K and 5600K (Kelvin). Color adjustment is a huge deal because it allows you make your live stream look clearer and more natural. Skin tones in particular benefit from having the right light color, since a bright, purely white light can make you look pale.

The lighting panel has a standard mounting mechanism, and can be attached to the top of a DSLR camera, or a tripod. It comes with a rechargeable lithium ion battery, but you can get an optional A/C adapter to plug it into an outlet, which I recommend if you’re mostly going to live stream from the same location every day.

Prefer a ring light setup, like the ones favored by YouTubers and Instagrammers? This set comes with a reliable ring light, holder/stand and built-in phone mount for all your selfies, live streams and TikTok videos. Ring Light Kit, $120.99, available at Amazon 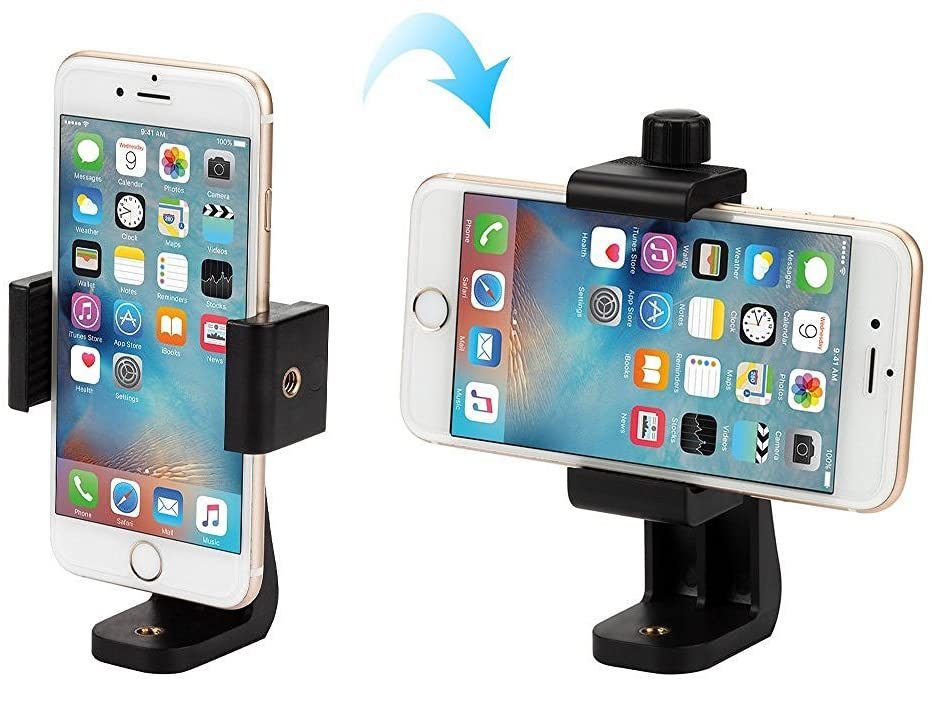 The most expensive part of a live streaming setup is the camera, but you can get around that by using your smartphone instead. YouTube, Facebook, and Instagram all allow you to start a stream with a push of the button, but nobody wants to watch a shaky camera. Some tripods come with a smartphone mount, but if the one you have doesn’t, I recommend Vastar’s. It can accommodate most phones, from iPhones to Androids, and it has a secure clip that locks your device in place for easy, hands-free streaming. 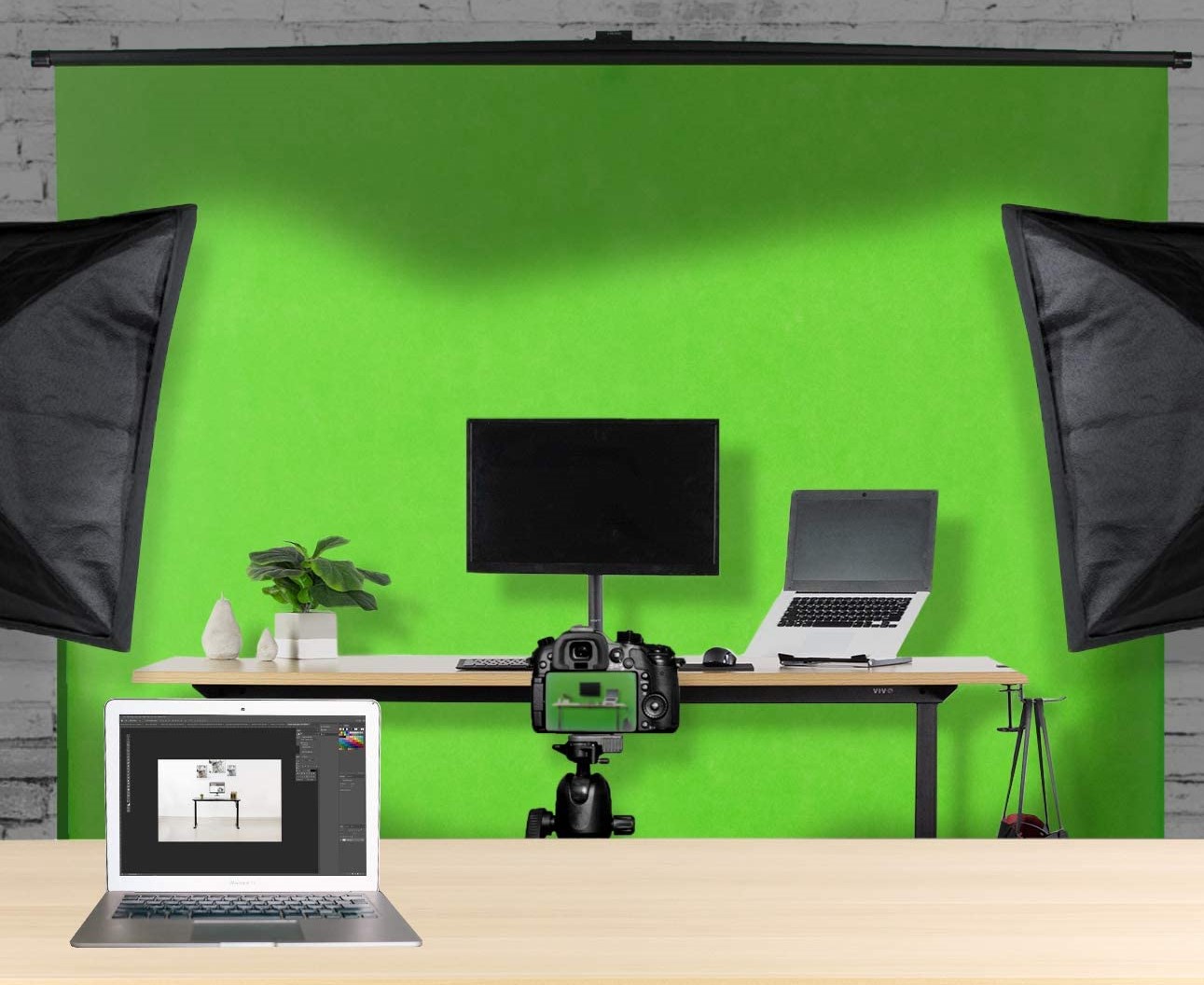 You might live stream from the same place every day, but a green screen allows you to change your background to suit the mood of the stream.

This one from VIVO is 100 inches long, so it can be used to create a full frame background whether you’re standing up or sitting down. Most green screens are held up by a couple of stands, which make them difficult to put up and break down easily, but VIVO’s is collapsible, and pops-up using pneumatic springs.

When it’s closed, the screen is 67.4 x 7 x 5.8 inches, which is small enough to fit in a closet, under a bed, or in a car. There’s even a handle on its case, so you can carry it more efficiently. Once you install a green screen, you could virtually be streaming from anywhere — like a beach resort or stadium — without stepping foot outside your door. 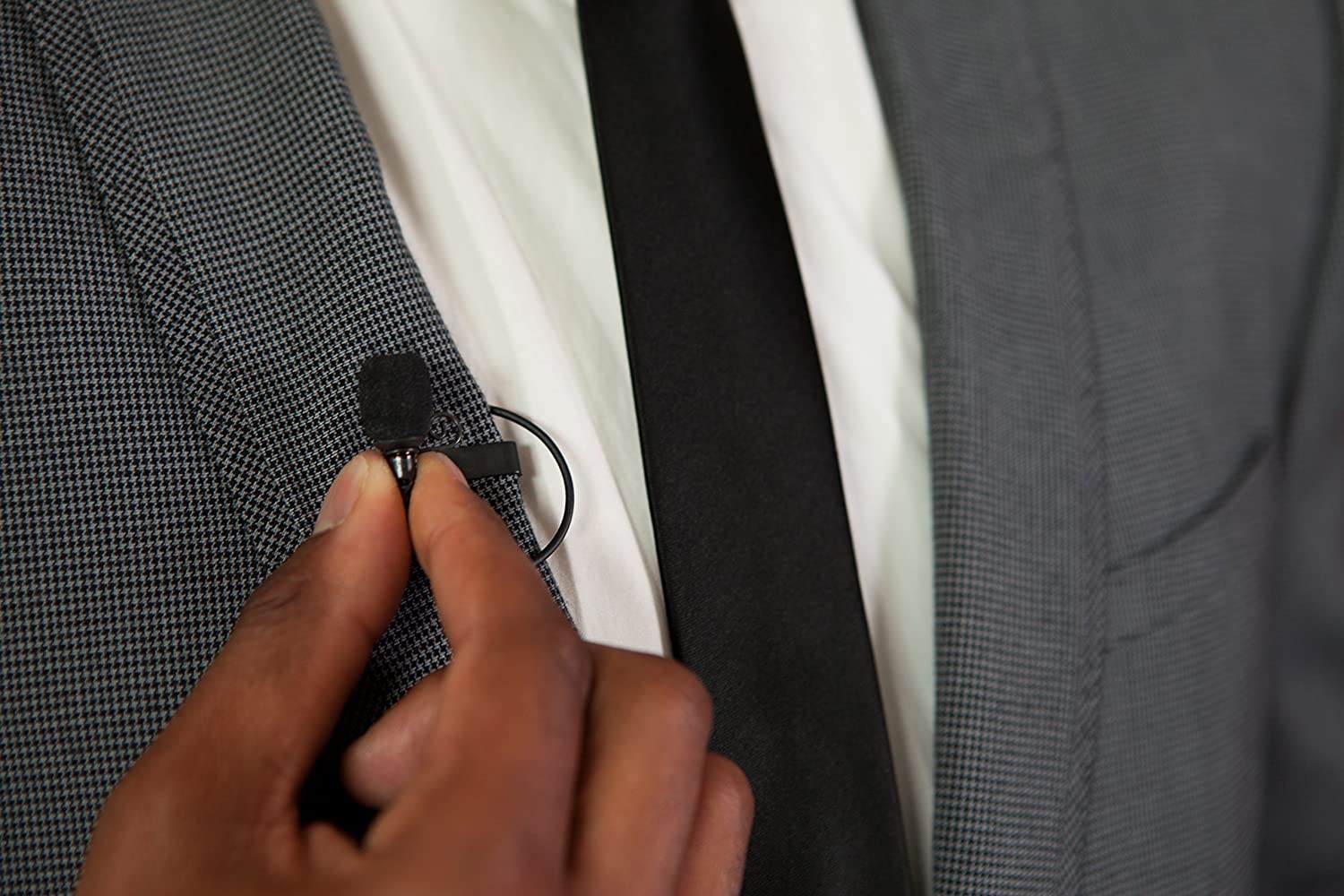 If you’re planning on making your live stream sound professional, but don’t want any bulky audio equipment, your best bet is a lavalier mic. Lavalier microphones are small, clip onto your shirt, and have thin wires you can snake through your clothing to keep them out of sight.

I’ve had good luck with Rode’s smartLAV+, which delivers on the company’s claims of “broadcast quality” results. The small, omnidirectional microphone can connect to a computer through it’s microphone-in port, or a smartphone’s headphone jack (you may need an adapter on some phones).

Once it’s connected, your phone or computer will automatically detect the microphone, and the people on your stream will hear clearer, crisper audio. 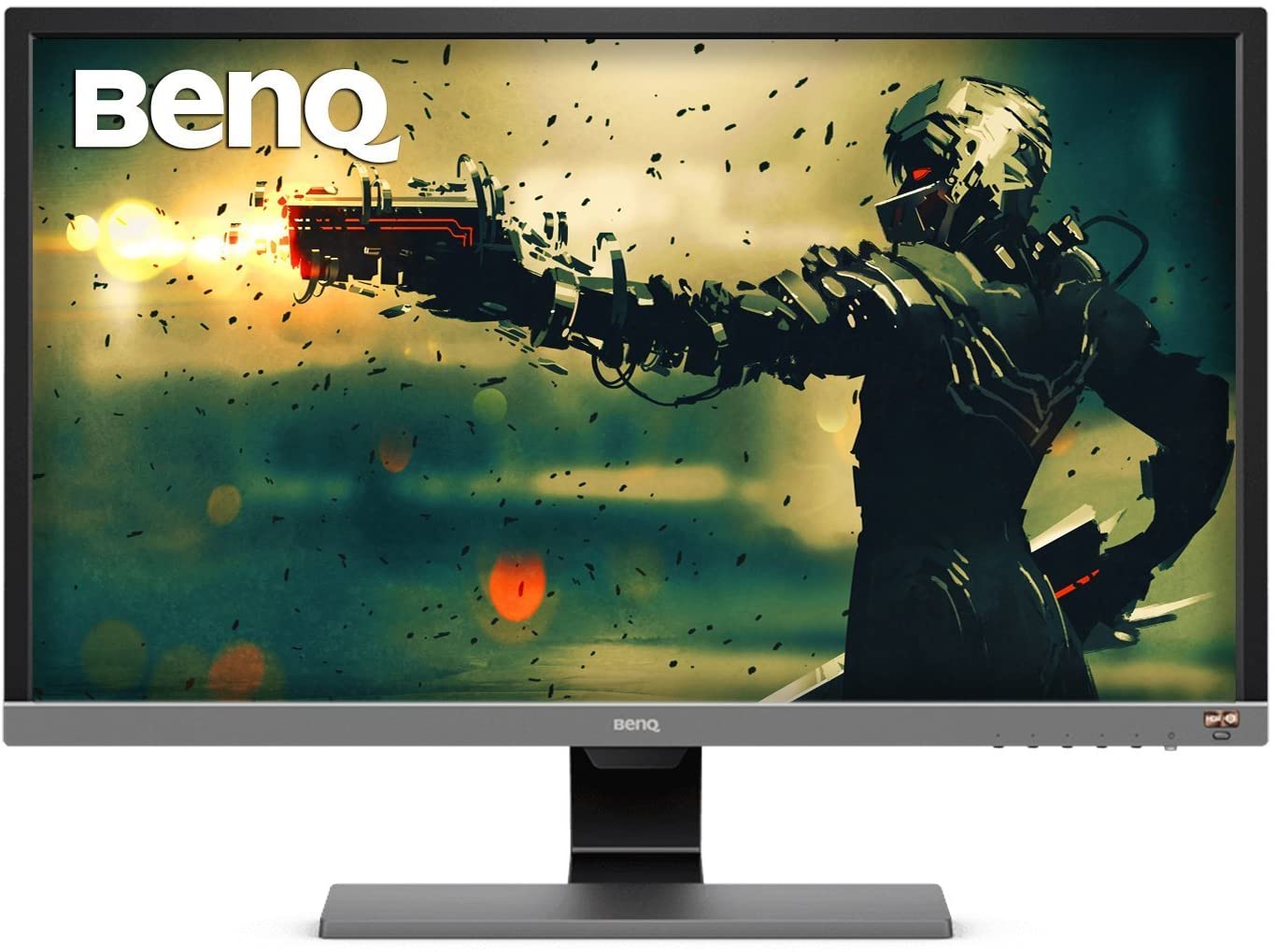 If you’re live streaming from a computer, you’ll want to keep an eye on how your stream looks at all times. That’s easier when you have a big, high resolution monitor like this one from BenQ.

The 28-inch 4K display supports HDR (high dynamic range), so you can dial in the color of your stream. It also has a slim design that’ll look good on your desk. This monitor is so large that you could conceivably use it as a teleprompter if you’re live streaming a news show or need to recite a lot of dialogue.

It has two HDMI ports and a DisplayPort, so you’ll be able to connect any computer to it without an adapter, and use the spare ports for a game console or media streamer.

8. A Camera That Lets You Live Stream On-The-Go 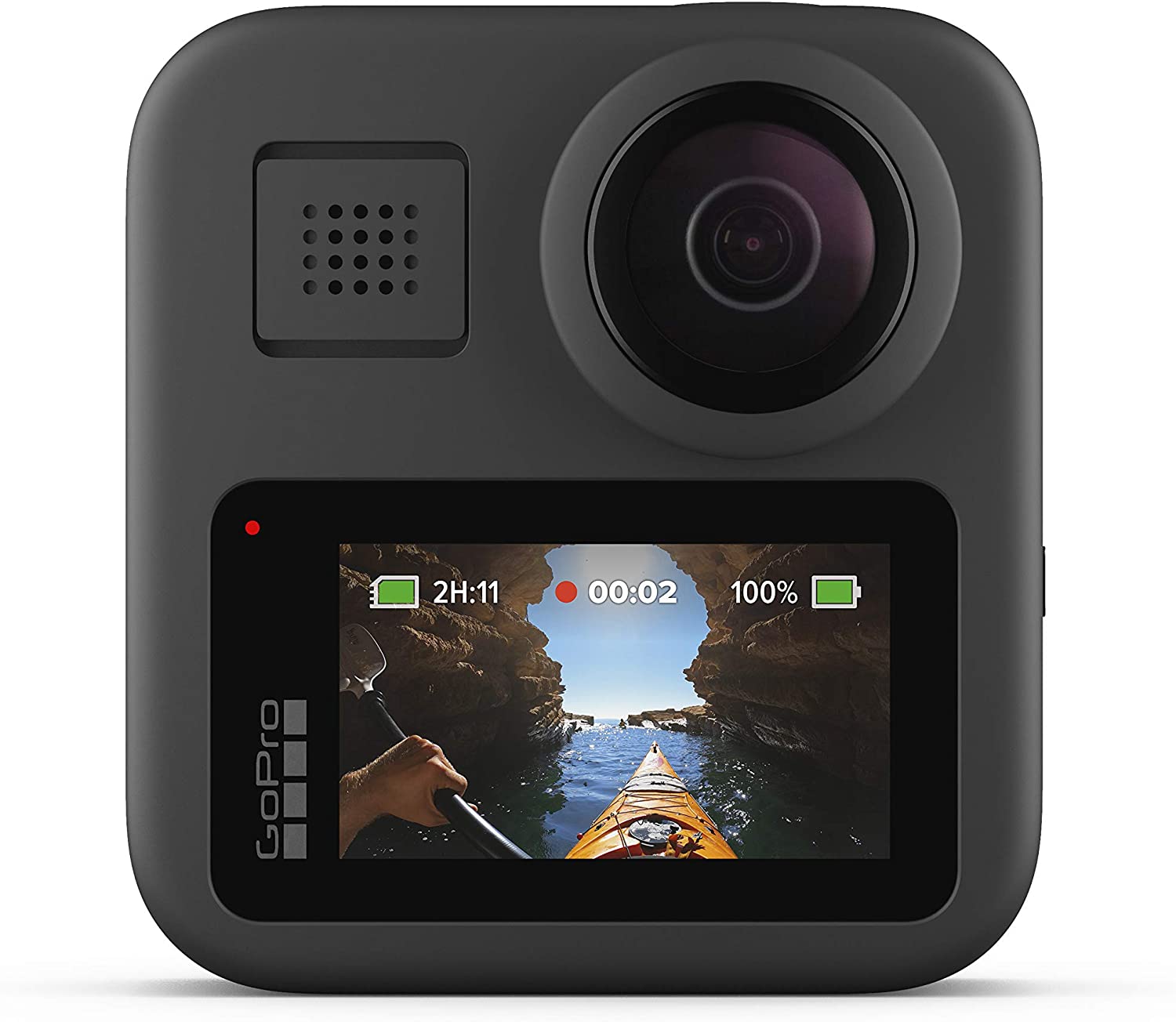 If you want the ability to live stream from anywhere, and don’t feel like setting up or carting around a lot of expensive equipment, the GoPro Max is the only piece of gear you’ll need.

The camera is only 2.7 x 2.5 inches, but it can capture video at resolutions up to 6K. It has GoPro’s Max HyperSmooth video stabilization, which reduces the jitteriness if you’re holding the camera, and 2X slow motion as a built-in feature. A screen on the front lets you monitor your recording, and six microphones spread around the camera to pick up audio from all directions.

But, the most important feature of the GoPro Max in this situation is that it can connect to your phone over WiFi and Bluetooth, and start a live stream directly from the camera itself. It only supports YouTube and Facebook Live, but the ability to start a 1080P stream from a really powerful action camera at the push of a button makes starting a live stream really simple. 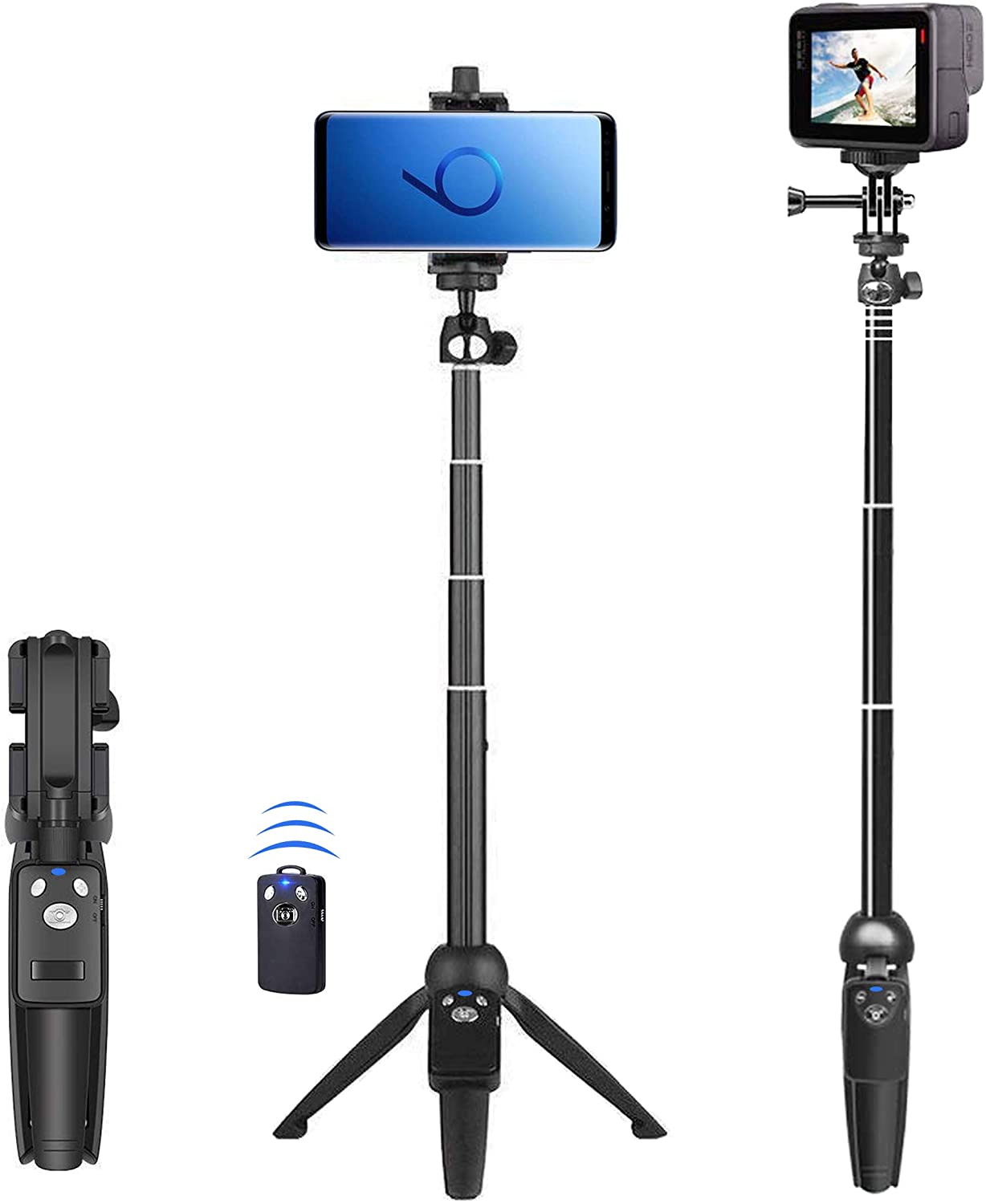 The humble selfie stick has become a must-have travel accessory for most folks, but it’s also a great tool for live streamers. Whether you’re giving people a tour of your home, or want to show off a new part of the world, the selfie stick allows you to keep yourself and the action in frame at the same time. Like a tripod, selfie sticks also let you get video angles that wouldn’t be possible otherwise.

We’re recommending this selfie stick from BZE because it can extend up to 40 inches, but collapses down to eight inches, which makes it easy carry around. A Bluetooth controller built into its handle allows you to start taking pictures or video, so you don’t have to awkwardly start your stream with your phone in your face. 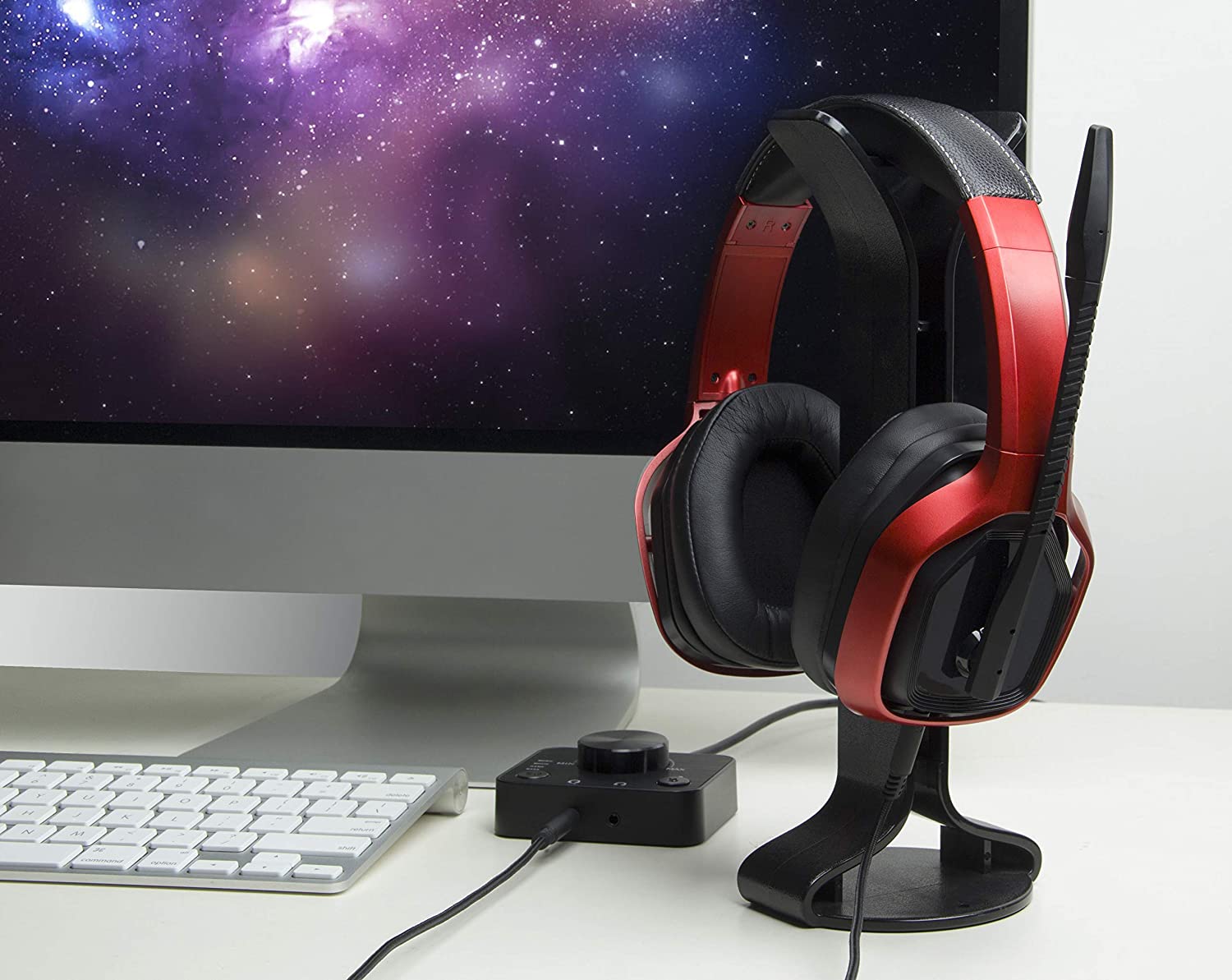 If you’re going to live stream video games, one of the most important accessories you’ll need is a good gaming headset. A headset will allow you to talk to your audience and hear your game without having to split your focus.

This headset from AmazonBasics terminates into a 3.5mm audio jack, so you can connect it to a Nintendo Switch, Xbox One, PlayStation 4, or PC. It also comes with a USB mixer, which PC players can use to adjust their volume, and switch between a handful of EQ modes.