The most crucial gadget for any student — K12, college, or beyond — is a solid laptop.

It’s how you’ll get work done, and communicate with professors, friends, and classmates. A laptop is even more crucial if you’re distance learning because you won’t have access to resources like the computer lab. We’ve done some research to find the best laptops for students that are still available, making sure to pick Windows PCs, a Mac, and a Chromebook.

All of our recommendations are powerful enough to handle basic tasks like writing, creating slideshows, working with spreadsheets. The more powerful picks also allow you to edit high resolution photos or HD videos, and play games. Whichever you choose, the laptops below will get you through several years of school, and likely last a lot longer.

How to Watch 'Halloween Kills' Online for Free: Stream the New Sequel on Peacock

Return of the Roys: How to Stream 'Succession' Season 3 Online for Free

What Are the Best Laptops For Students?

There are many factors to consider when choosing the best laptops for students; below are the most important ones, which we considered while we were researching this list.

Operating System: We’ve chosen laptops for this guide that run Windows, MacOS, and ChromeOS. Each operating system is capable of running a specific set of apps, but all of them work with popular software like Microsoft Office.

Screen Size: The computers in this guide have screens between 13.3 and 15.6 inches wide. Larger screens are better if you intend to watch a lot of media, but smaller ones are easier to take with you.

Screen Resolution: A laptop’s screen resolution will determine how sharp text, photos, and videos look. Our minimum requirement for this guide was a 1080P (Full HD) display, but some of our picks edge closer to 4K.

Processor: All of our recommendations have a modern Intel processor inside, and are capable of running many power-hungry apps without slowing down significantly.

RAM: The laptop we’re recommending have between 8GB (gigabytes) and 16GB of RAM (memory). Having more RAM can help apps run more smoothly, and allow you to use more apps simultaneously.

Storage: We’re recommending laptops with between 128GB and 512GB of storage. Having less storage is fine if you steam your media, and prefer to keep most of your files in the cloud. If you have a large local media library, or will be working with large files on a regular basis, you should opt for a laptop with extra space.

Webcam: Every computer in this guide has a bulit-in webcam, so you don’t need to plug an external one in to use apps like Skype or Zoom.

Inputs: A computer’s inputs (known more commonly as ports), are what allow you to connect accessories to your machine. Each of our picks has a different assortment of ports, which you should strongly consider depending on how you intend to use your machine. All of them support WiFi and Bluetooth, though, so you have a range of wireless connectivity options, too.

Battery Life: The laptops below all get between six and 18 hours of battery life on a single charge, which is more than enough to get you through a standard day of use.

Weight: We know you’ll be carrying your college laptop around a lot, so we chose computers that weigh between 2.5 and 4.6 pounds.

Apple’s current-generation MacBook Air is one of the most impressive laptops of all time, and an excellent choice for any college student.

On the hardware side, the MacBook Air performs very well. It has a 13.3-inch display with a resolution of 2560 X 1600, which makes it the sharpest screen out of any laptop we’re recommending. It runs on Apple’s custom M1 processor, which is more powerful and energy efficient than any chip found in previous versions of the MacBook Air.

The M1 allows this thin and light laptop to handle hardcore tasks like 4K video editing and multitrack audio editing without breaking a sweat. You won’t even hear a fan kick on because the new MacBook Air is fan-less. Apple’s new processor is complemented by 8GB of RAM, 256GB of storage, and a 720P HD webcam for video conferencing. Under the hood you’ll find Apple’s T2 chip, which enables security features like automatic data encryption, and Touch ID — the fingerprint reader once MacBook Air’s keyboard that lets you unlock it with your finger.

In terms of inputs the MacBook Air is a little lacking. It has two Thunderbolt 3 ports, which means you’ll need an adapter to connect the computer to many older accessories, or video sources like a TV or projector. If these are tasks you need to do often, we recommend getting Belkin’s Thunderbolt 3 hub, which features two USB ports, two HDMI ports, and an Ethernet jack.

As its name suggests, the MacBook Air is a small computer. It weighs 2.8 pounds, and has a wedge shape that goes from .68 to .16 inches thick. If you don’t have a lot of space in your backpack, you’ll really appreciate the MacBook Air’s size.

If you’re a fan of Apple tech, and need a laptop to get you through school, the MacBook Air is an excellent choice. 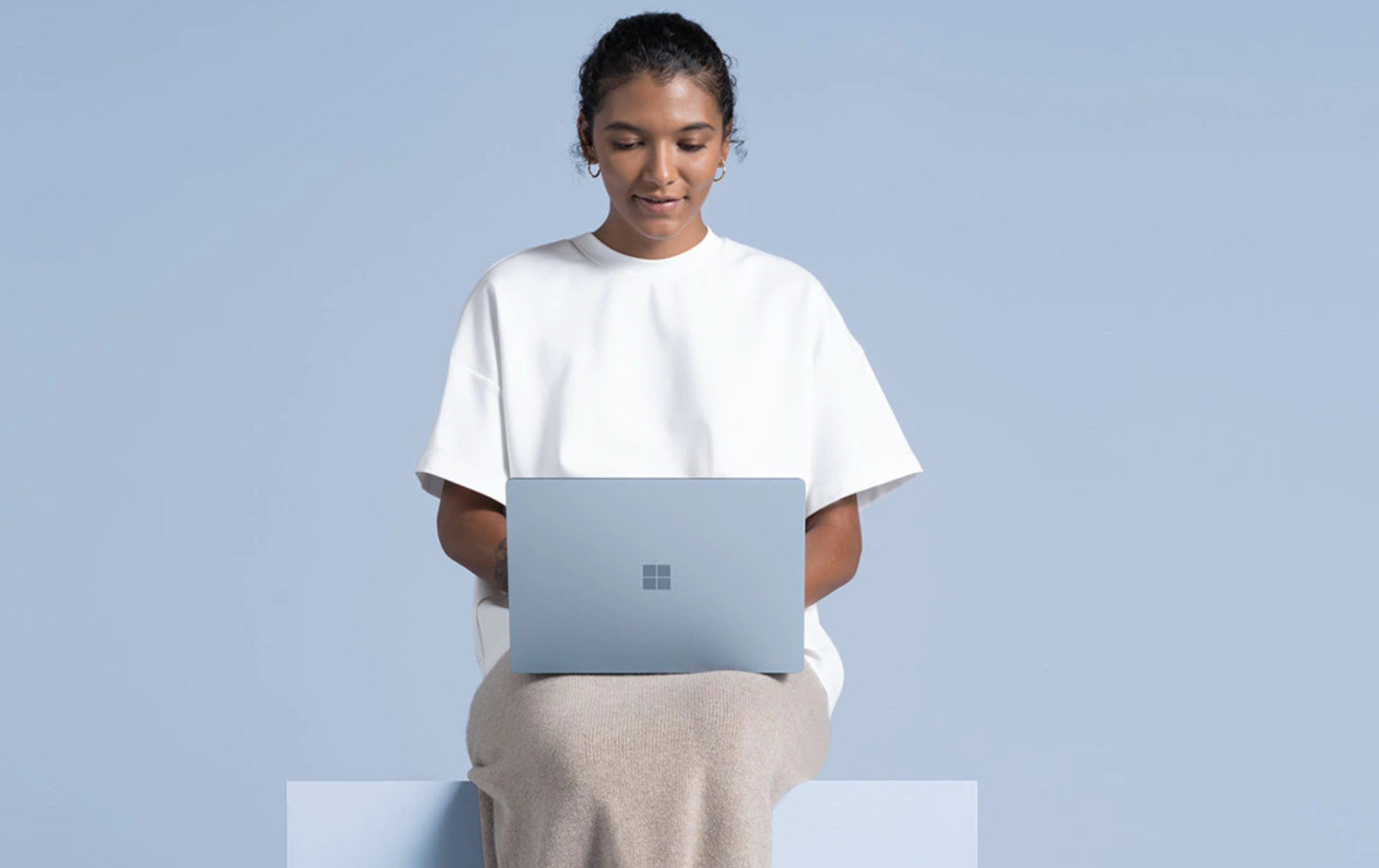 Microsoft’s Surface Laptop 4 earned a spot on this list because of its power,  size, and impressive extras.

The computer runs Windows 10, the most recent version of Microsoft’s operating system, and will be eligible for a free upgrade to Windows 11 when it launches. It has a 13.5-inch touch screen with a resolution of 2256 X 1504, which is better than HD. The model we’re recommending has a quad-core Intel i5 processor, 8GB of RAM, and 512GB of storage. This is more than enough power to handle all but the most resource intensive tasks.

The Surface Laptop 4 has a 720P HD webcam for video conferencing. The camera can also be used with the “Windows Hello” feature in Windows 10, which allows you to unlock the machine by scanning your face. This laptop also supports Wi-Fi 6, the latest version of the wireless standard that can substantially improve its web browsing and download speeds if you have a modern router.

This laptop has one USB-C port, one USB-A port, a Surface Connector, and a headphone jack. This array of ports will allow you to connect the computer to almost any accessory without using an adapter. You will need a dongle to connect it to a TV,  and we recommend Plugable’s USB-C Multiport Adapter for that task. It has one USB port, an HDMI port, and a USB-C port. Speaking of accessories, if you’re an artist and intend to use the laptop’s touch screen as a drawing tablet, you should get the Surface Pen, a stylus Microsoft specifically developed for its tech.

Microsoft says you can get up to 19 hours of use out of the Surface Laptop 4 on a single charge. How much you actually get will depend on the apps you use, your screen brightness, and your Wi-Fi and Bluetooth settings. This level of battery life is pretty impressive for a computer that’s .75 inches thick and weighs 2.8 pounds.

If you like Windows, and want a thin, powerful laptop that can double as a tablet, the Surface Laptop 4 is the best choice. 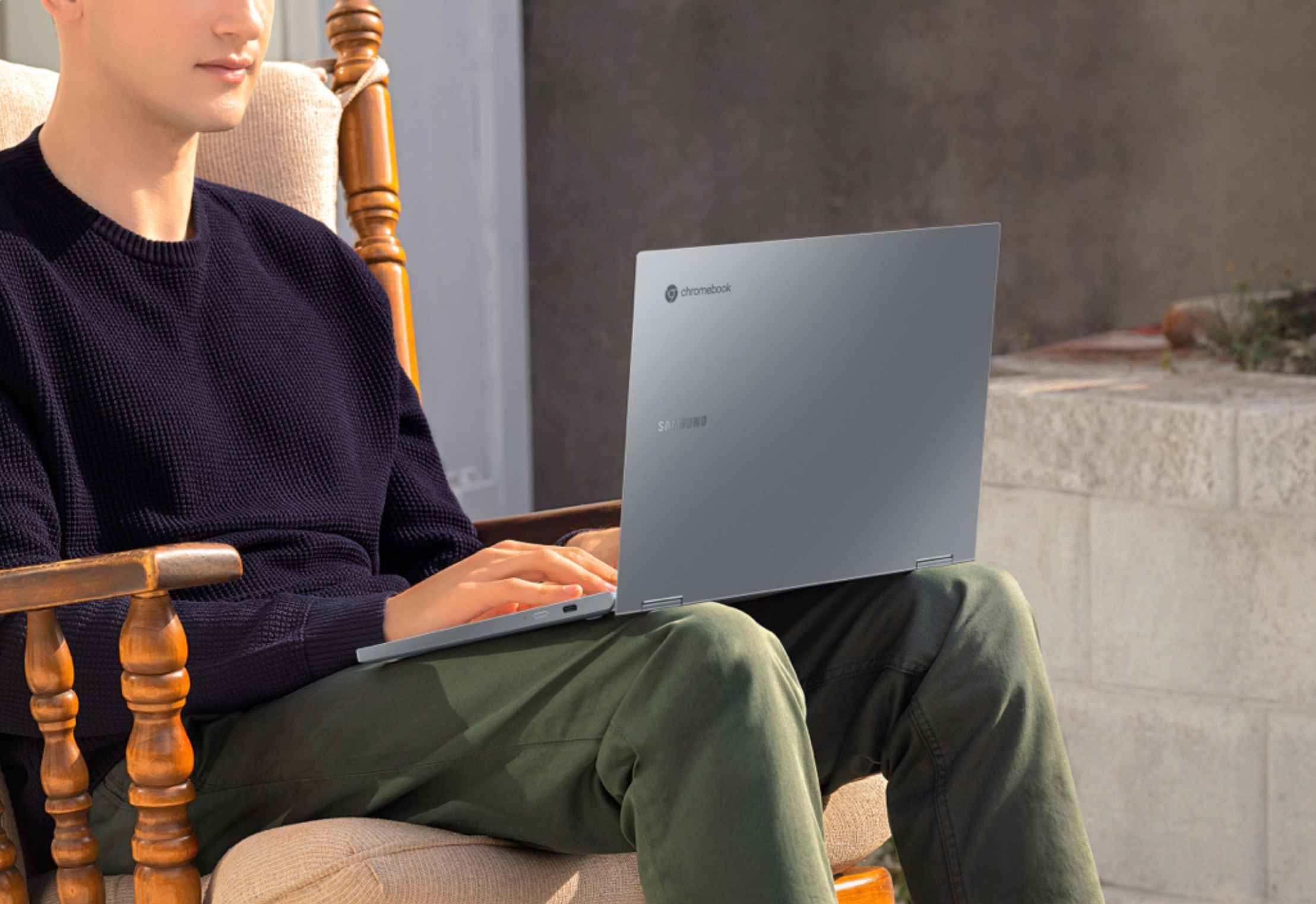 Samsung’s Galaxy Chromebook 2 is a lux, supercharged Chromebook that sidesteps many of the downsides generally associated with this type of computer.

The laptop runs ChromeOS, an operating Google developed by building on its Chrome browser. ChromeOS is limited compared to MacOS and Windows, but you can still run apps to accomplish common tasks. If most of your work takes place in Microsoft Office or the Google Suite, you’ll be fine. An upside to ChromeOS is that it’s so simple that there aren’t very many viruses written for it.

The Galaxy Chromebook 2  has a 13.3-inch display with a resolution of 1080P (1920 X 1080), so the content on your screen will look clear on its big screen. It has an Intel i3 processor, 8GB of RAM, and 128GB of storage. These specs are far better than the ones you’d find on a typical Chromebook. We were able to use the previous generation version of this laptop as our main computer for several weeks without any loss of productivity.

That said, these specs aren’t up to snuff if you want to edit video, play games, or need to use niche apps, which may only be available on computers running Windows or MacOS. The Galaxy Chromebook 2 has a 720P HD webcam for video conferencing, and supports Google Assistant, so you can ask the computer questions like “will it rain” and get a quick response.

This machine has two USB-C ports, a headphone jack, and a MicroSD card slot in case you’d like to add more storage. If you’d like to plug it into a TV, or want additional inputs, Plugable’s USB-C Multiport Adapter continues to be our recommendation.

If your workload isn’t too intense, and you want an ultra-thin laptop for school, Samsung’s Galaxy Chromebook 2 is the clear choice. 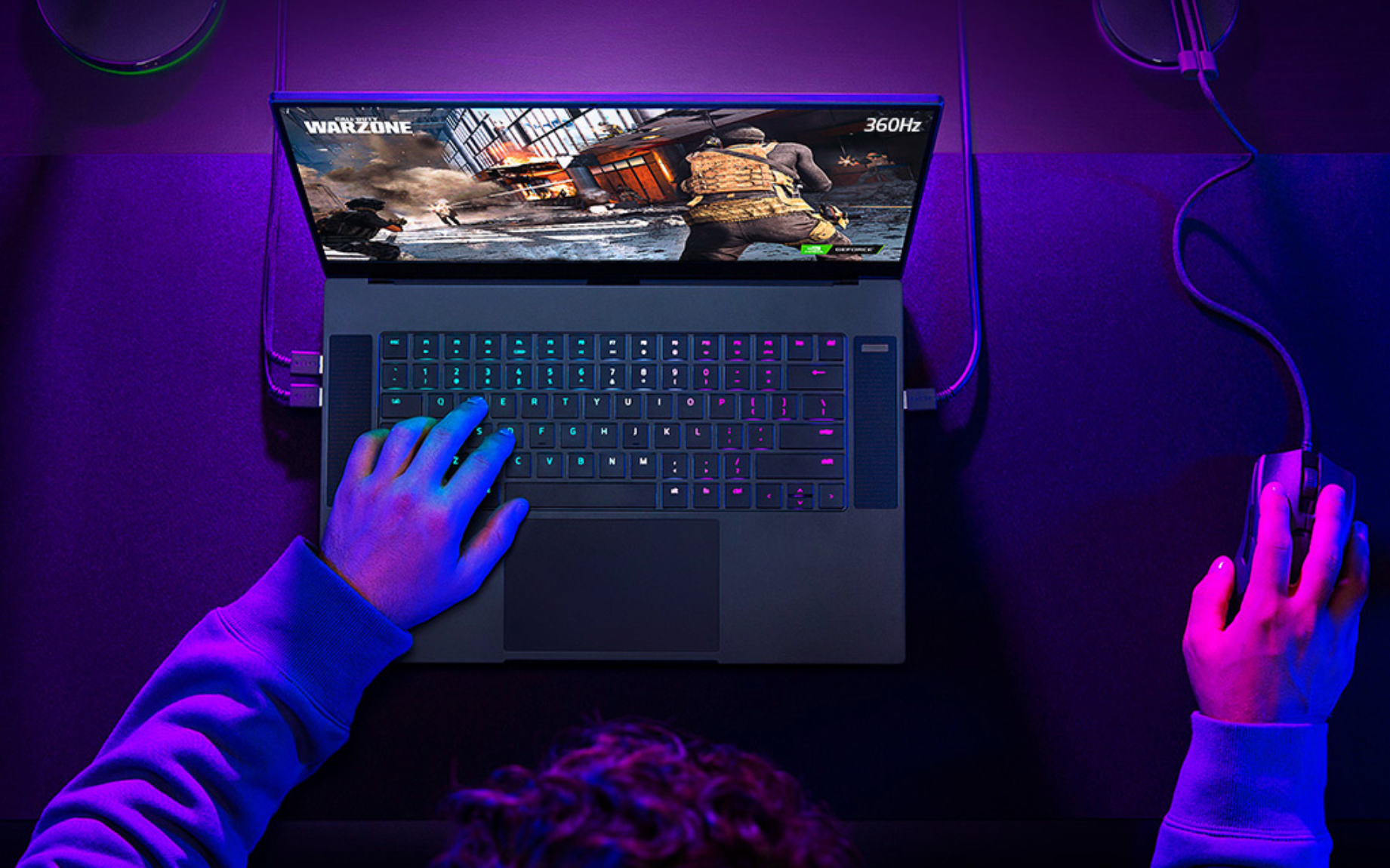 If you’re a student who wants a laptop for schoolwork and gaming, your best bet is Razer’s Blade 15. The Windows PC was designed to pack a lot of power into an impressively small package.

It has a 15.6-inch display with a resolution of 1080P, and can display 100% of the sRGB color spectrum, so pictures, videos, and games will look more accurate. The display also runs at 144Hz, which allows newer games to run incredibly smoothly. The Blade 15 also has a six-core Intel i7 processor, 16GB of RAM, and 512GB of storage.

These are impressive specs on their own, but the Blade 15 also has an NVIDIA GeForce RTX 3070 graphics card with 8GB of video memory. This is an incredible amount of graphics power in a machine of this size, but it’s necessary if you want to play newer games at a solid, consistent frame rate. That said, these specs also make the machine a good option if you want to edit photos or videos. This laptop has a 720P HD webcam with support for Windows Hello, so you can unlock the computer by looking at the camera.

In terms of connectivity, the Razer outfitted the Blade 15 very well: It has two Thunderbolt 3 ports, three USB-A ports, an Ethernet jack, a headphone jack, and an HDMI port. This is the only laptop we’re recommending that won’t require an external hub at all.

The Razer Blade 15 is a great laptop for students whose major requires a lot of media editing. It doesn’t hurt that it’s also well-suited for playing games on the go.