If you’re doing a lot of teleconferencing, or video chatting, one of the most important accessories to have is a good headset. Yes, most headphones have a microphone, but they’re typically an afterthought rather than a key feature.

Headsets are purpose-built to make your voice sound clear, and eliminate outside noise. Cutting out in the middle of a big meeting, or having your teammates hear the garbage truck pass by is not a good look. If you’ve been relying on a sub-par microphone setup for your conference calls, this guide has you covered.

What Are The Best Headsets For Video Conferencing?

There are many factors to consider when choosing the right video conferencing headset for you; below are the most important ones, which we considered while we were researching this list.

Concert Packing Guide: What to Bring to Your First Music Festival Post-Covid

The Best Earbuds for the Office and Working From Home

Weight: Video chats and meetings can go on for a long time, which is why weight is such a critical factor when choosing a headset. One that feels just a little too heavy at first can get very annoying half an hour into a call, so all of the ones in this guide are under 10oz (about three quarters of a pound).

Noise Cancelling: If you work in a noisy environment, noise-cancelling is a must-have feature. You’ll be able to focus more easily on the other side of the conversation if everything around you is tuned out. Critically, the noises that get blocked out by your headphones can still get picked up by your headset’s microphone, so you should still be mindful of where you’re calling from.

Wireless Connectivity: Most headsets are wired in order to reduce latency (lag) that’s introduced through a Bluetooth connection. But, our guide includes a wireless option if you feel more comfortable walking around while you attend virtual meetings. 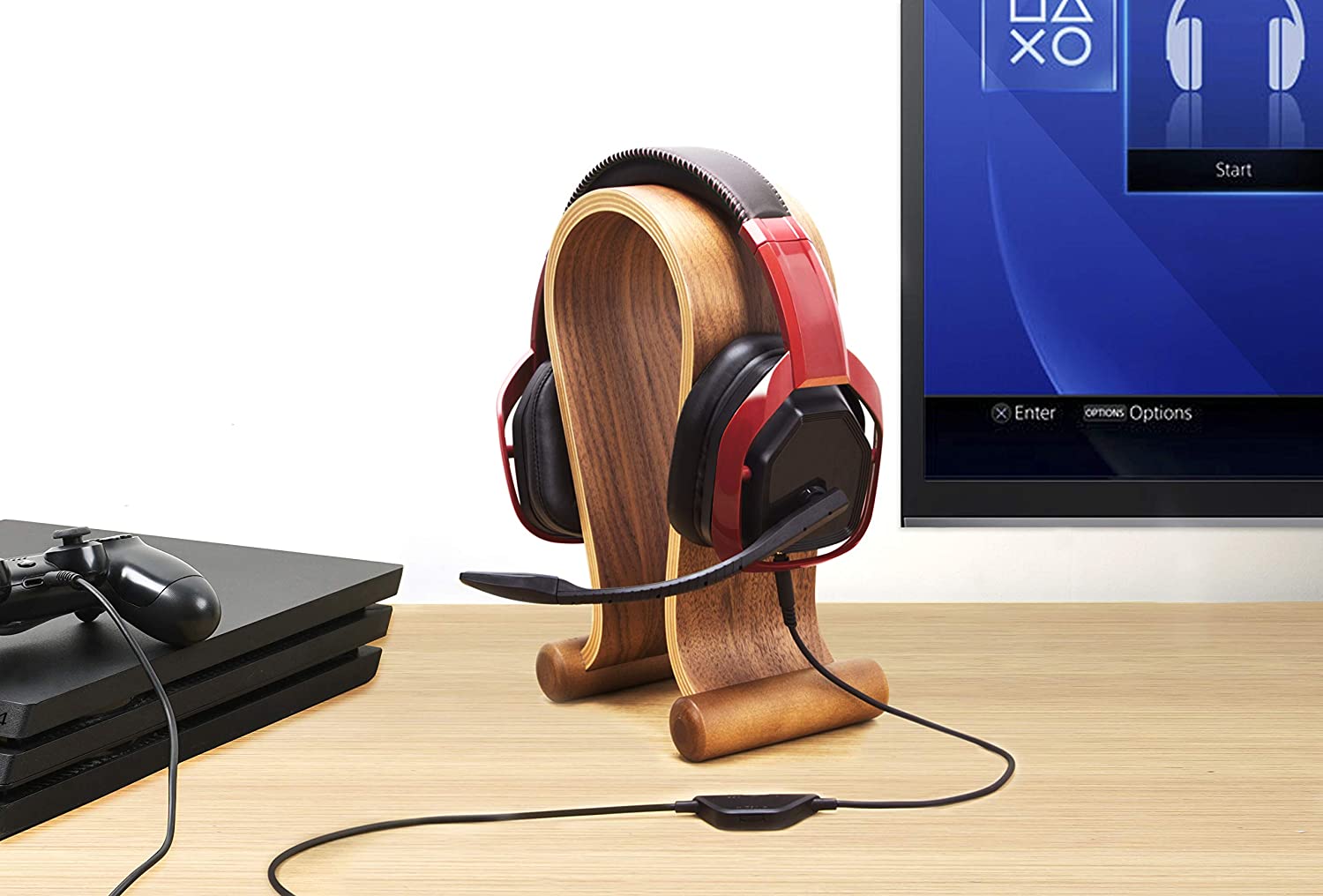 Amazon Basics’ headset was designed for gaming, but it has all the same features you’d need for a successful teleconference or video chat.

The headset can be connected to your computer’s headphone jack, so it’s compatible with any device you have. Its over-ear style will prevent outside sound from leaking in, which helps make up for the headset’s lack of noise-cancelling. Its unidirectional microphone is highly flexible, so you can find the right distance from your mouth to sound clear but not too loud.

One nice feature is this headset’s in-line volume controller, which is located on its cable. Some headsets have volume buttons on one of the earcups, so they’re awkward to use, especially on a video chat. You can subtly change the volume on Amazon’s headset without having to even look down at your computer’s screen.

One factor to consider is this headset’s weight. At 10.9 ounces, it’s the heaviest option in our guide, which isn’t Amazon’s fault. Over-ear headphones are larger and heavier than on-ear headphones and earbuds in general, so it’s just a trade-off to consider.

On the bright side, this headset can also be used for gaming when you’re done with work, which can’t be said for the other headsets we’ve chosen. 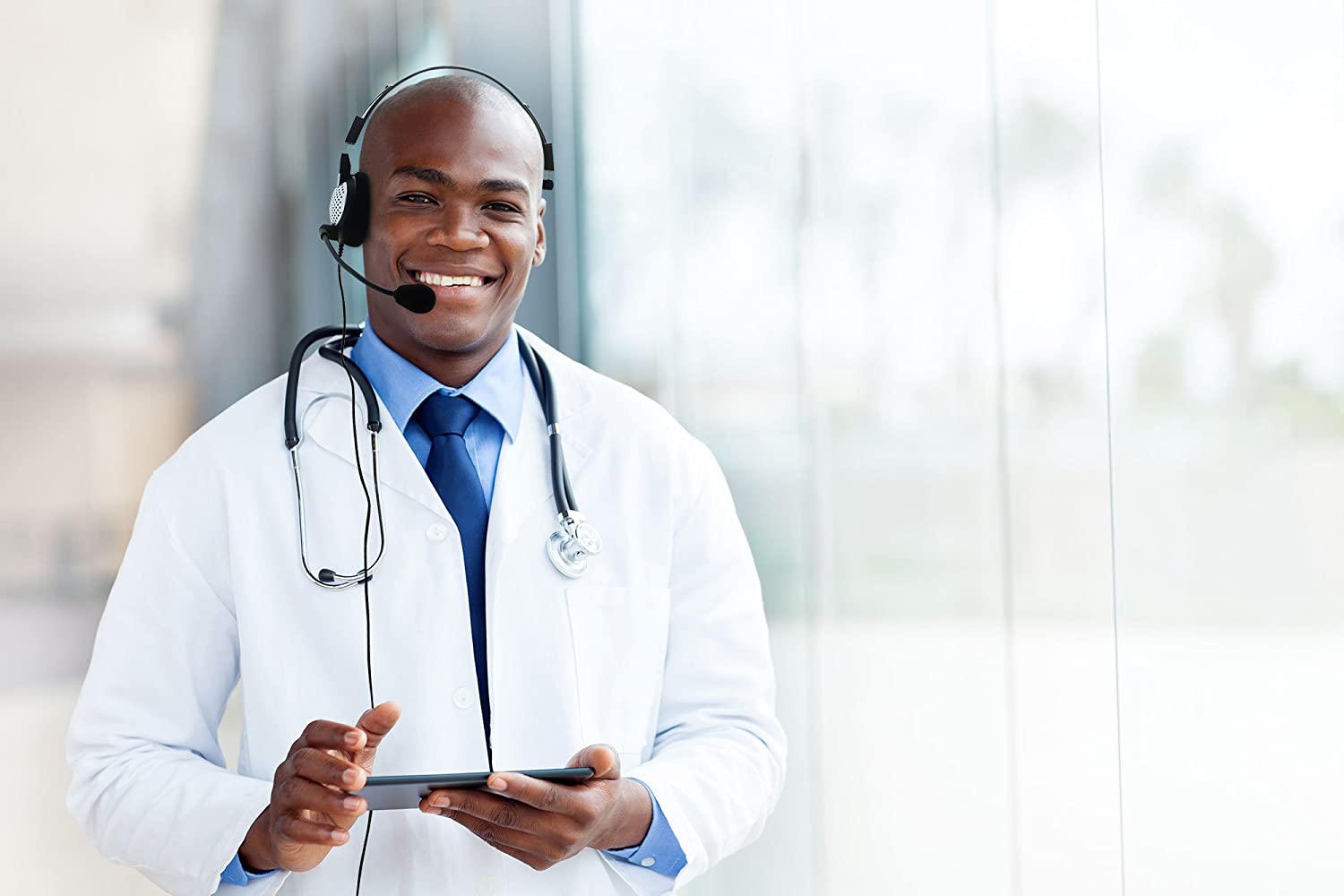 If you’re looking for a simple, traditional-looking headset for video chats and teleconferencing, we highly recommend the NC-181VM from Andrea Communications.

The headset has an on-ear style, with a single mono headphone that can be reversed so it sits on your right or left ear. This design decision reduced the headset’s weight to 3.9 ounces, and allows you to hear ambient sounds in the room more easily. That’s important because the NC-181VM’s headphone does cancel noise.

The headset’s microphone has a windstock, which will reduce the amount of popping noises you make while speaking (pops generally occur when you say words with the letter “p”, which sounds unpleasant to the people you’re on a call with).

The NC-181VM also has an in-line volume controller, so you don’t have to touch the headset, or look down at your computer to turn sound up and down. The controller also has a mute button, which you can press if you need to cough, or address someone in the same room without interrupting your call. 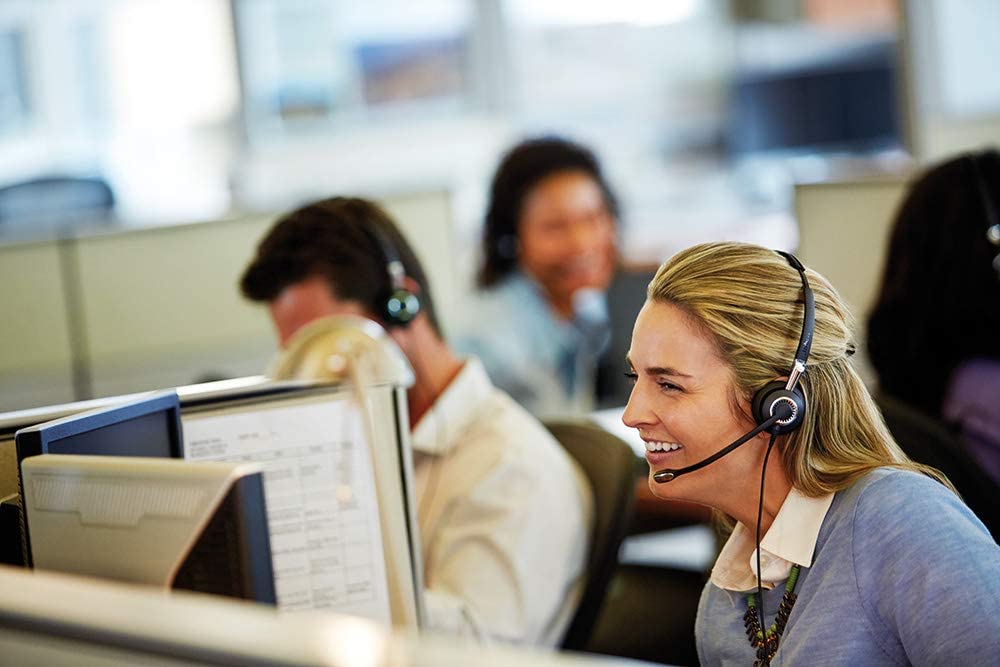 Jabra’s 2400 II QD is a luxe teleconferencing or video-chatting headset for people who are sticklers about audio quality.

The headset was designed to optimize both the sound of the headphones, and the efficiency of the microphone. The on-ear headphones use a technology called “HD Voice,” which extends the frequency range you hear.

“HD Voice” was specifically made for telephone calls, so you can hear voices more clearly. The headset also uses a custom audio filter called “PeakStop” to prevent loud noises from hurting your ears. These headphones also have noise cancellation, which will allow you to focus on your call more easily.

The 2400 II OD Duo’s microphone is fully-adjustable, and has both a layer of foam on the inside and small holes on the back to reduce the sound of your breathing noises.

Finally, the headset comes in at an impressive 1.92 ounces, which makes it the lightest option in our guide. Jabra achieved this weight without making the headset mono.

This headset checks all of the boxes you’d need to set up a high quality teleconference or video chat, but unfortunately the headset doesn’t come with a QD to USB cable, which you need to connect it to your computer. You’ll need to get one separately, which is a little frustrating. 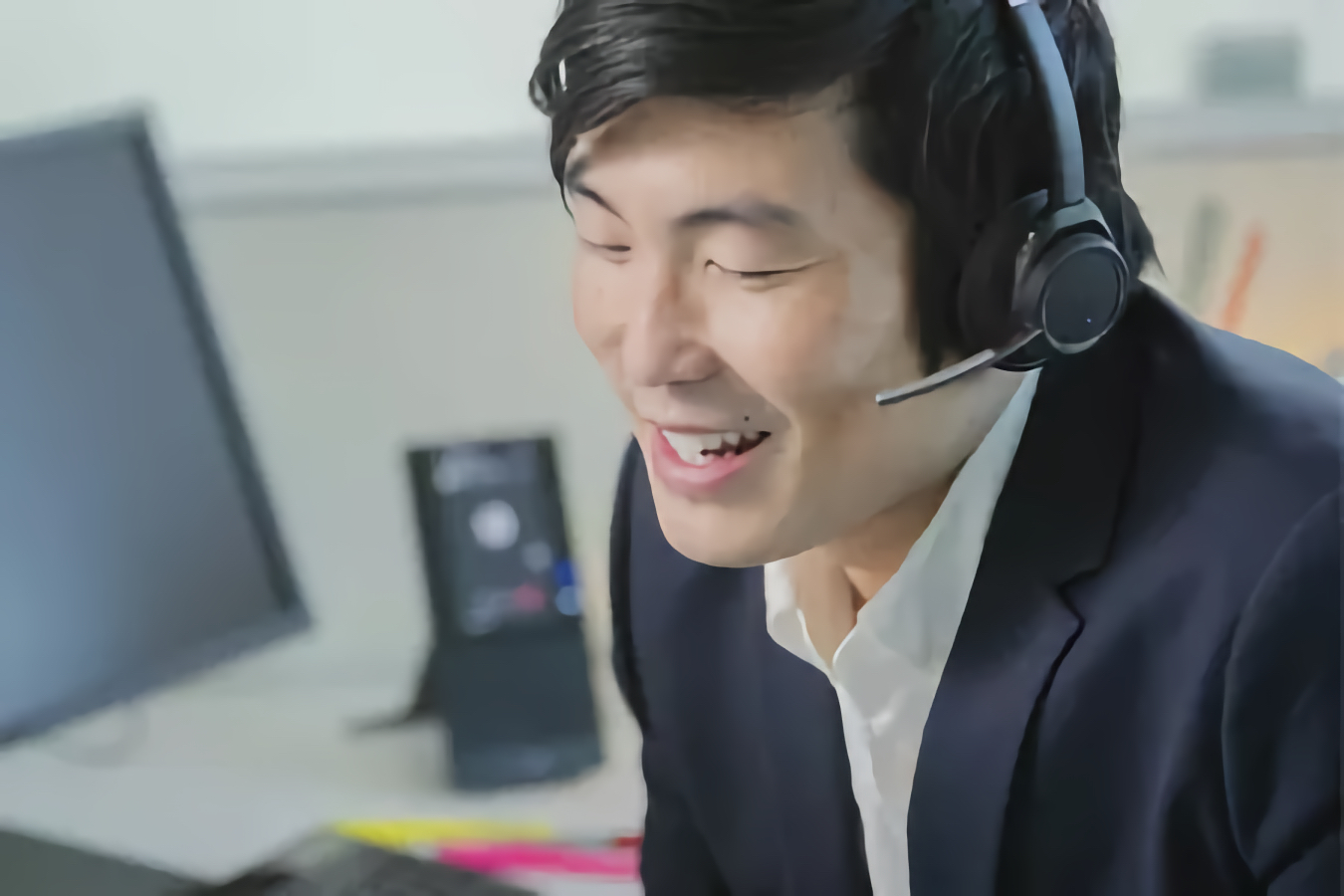 Plantronics’ Voyager Focus UC is a pair of Bluetooth on-ear headphones with a noise cancelling microphone built in.

The headset weighs 5.5 ounces, which puts it in the middle of the pack weight wise. It’s heavier than a mono headset, but we recommend getting a stereo pair like the Voyager if you’ll be wearing your headset when sitting down. The extra weight is negligible in that case.

If you do prefer walking around to reduce stress on calls, you’ll appreciate the fact that the Voyager Focus UC is totally wireless. You can connect it to a device over Bluetooth, or plug a USB receiver into your computer. This headset’s standout feature is its support for active noise cancellation, which uses microphones to block unwanted sounds from ever reaching your ears. The headset lasts up to 10 hours with active noise cancelling enabled, and up to 12 hours if you turn it off.

The fact that you can use the Voyager Focus as a pair of noise cancelling Bluetooth headphones and a professional headset makes it a very compelling work from home accessory. It can help you sound more professional to colleagues and clients during work hours, and help you relax during your breaks.