Apple is set to announce a new iPhone at an event planned for September 14, and for the second year in a row it won’t be including a pair of headphones in the box.

The good news is that most headphones — both earbuds and over-ear cans — sound a lot better than Apple’s wired EarPods. Features like true wireless connectivity, long battery life, and active noise cancellation have also made their way into most headphones released in the past year.

If you’re planning to upgrade to the iPhone 13 this September, or want to experience high resolution audio or spatial audio (portable surround sound), these are the best headphones available right now.

How to Use Wired Headphones With The New iPhone

This $8 accessory plugs into the iPhone’s Lightning port and turns it into a headphone jack. You can use any headphones that terminate into a standard 3.5mm connector. The one downside is that you won’t be able to charge your iPhone with a Lightning cable while listening to music.

2. Get a Pair of Lightning Headphones

A majority of companies made the leap to Bluetooth headphones when Apple originally removed the iPhone’s headphone jack, but some responded by making premium cans that plug directly into the iPhone’s Lightning jack without an adapter.

The best of the bunch is Pioneer’s Rayz, a set of MFI (Made For iPhone) certified wired earbuds. They’re sleek, sound good, support active noise cancellation, and won’t run out of battery. The Rayz are available on Amazon for $99.95.

What Are The Best Headphones For The iPhone?

There are many factors to consider when choosing the best headphones for your iPhone; below are the most important ones, which we considered while we were researching this list.

Style: We’re primarily recommending earbuds in this guide because the iPhone is a portable device, so you’re more likely to use it out of your home. That said, we’ve also recommended a standout pair of over-ear headphones.

Over-ear headphones are larger and bulkier, but have better sound because their earcup goes completely over your ear. Earbuds are smaller, so they’re more convenient to wear if you’re out and about.

Battery life: This is something to consider when choosing any pair of wireless earbuds to pair with your iPhone. The earbuds below get 4.5 hours, but have a charging case that bumps its total up to 30 hours.

Noise Cancellation:Active noise-cancelling is a power-hungry feature, but every pair in this guide supports it. This feature is essential if you travel, or work in a noisy place like an office. This feature also allows you to listen to music at a lower volume, which is better for your ears. 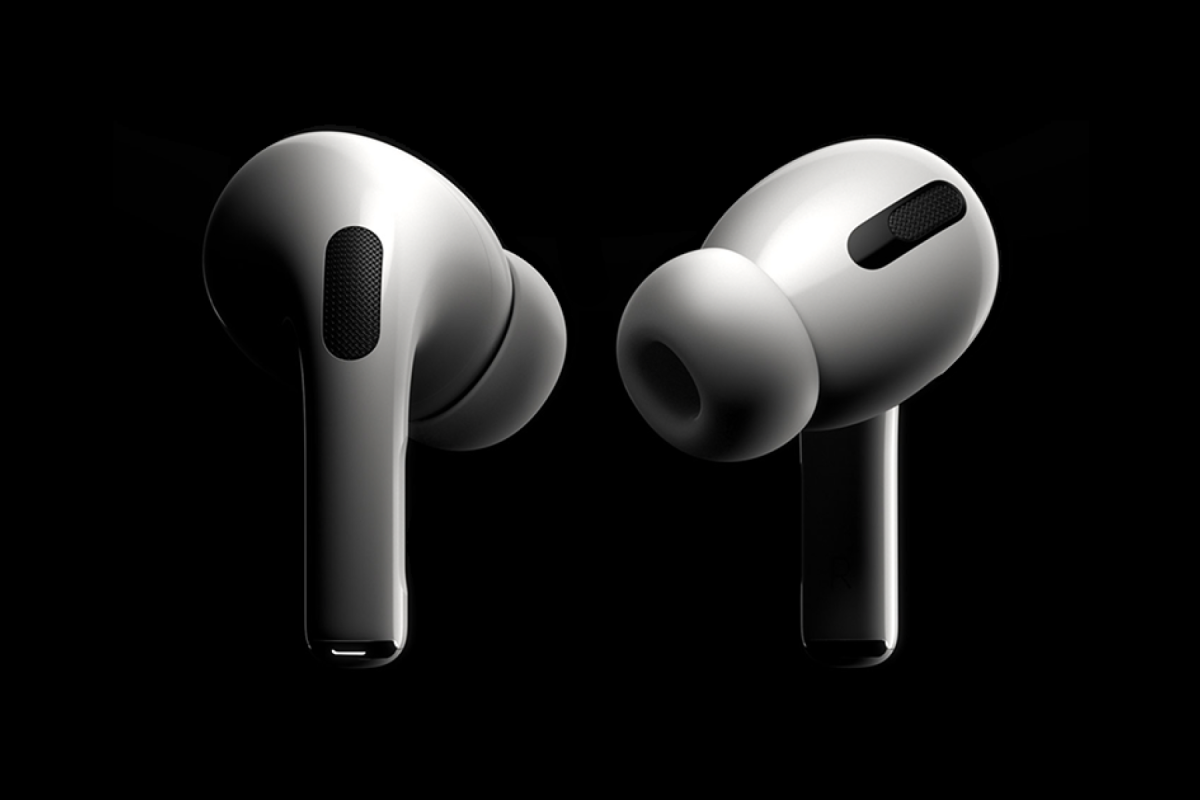 It should come as no surprise that the AirPods Pro are the best headphones to use with the iPhone because they were purpose-built to work with Apple’s tech.

The true wireless earbuds are comfortable, last up to 5.5 hours per charge, and sound very good over. The fact that these two year old earbuds are still competitive with earbuds released in 2021 is a testament to the quality of Apple’s hardware. Even their active noise cancellation holds up, blocking a fair bit of sound from airplane engines, commuter trains, and more.

Apple recently updated the AirPods Pros’ software to support Spatial Audio, the company’s version of Dolby’s Atmos technology. Unlike traditional surround sound, which has required multiple speakers, Atmos places sounds in 3D space, which means you can get a version of it while listening to headphones.

If you want the latest and greatest technology from headphones designed to work best with the iPhone, Apple’s AirPods Pro are the clear choice. 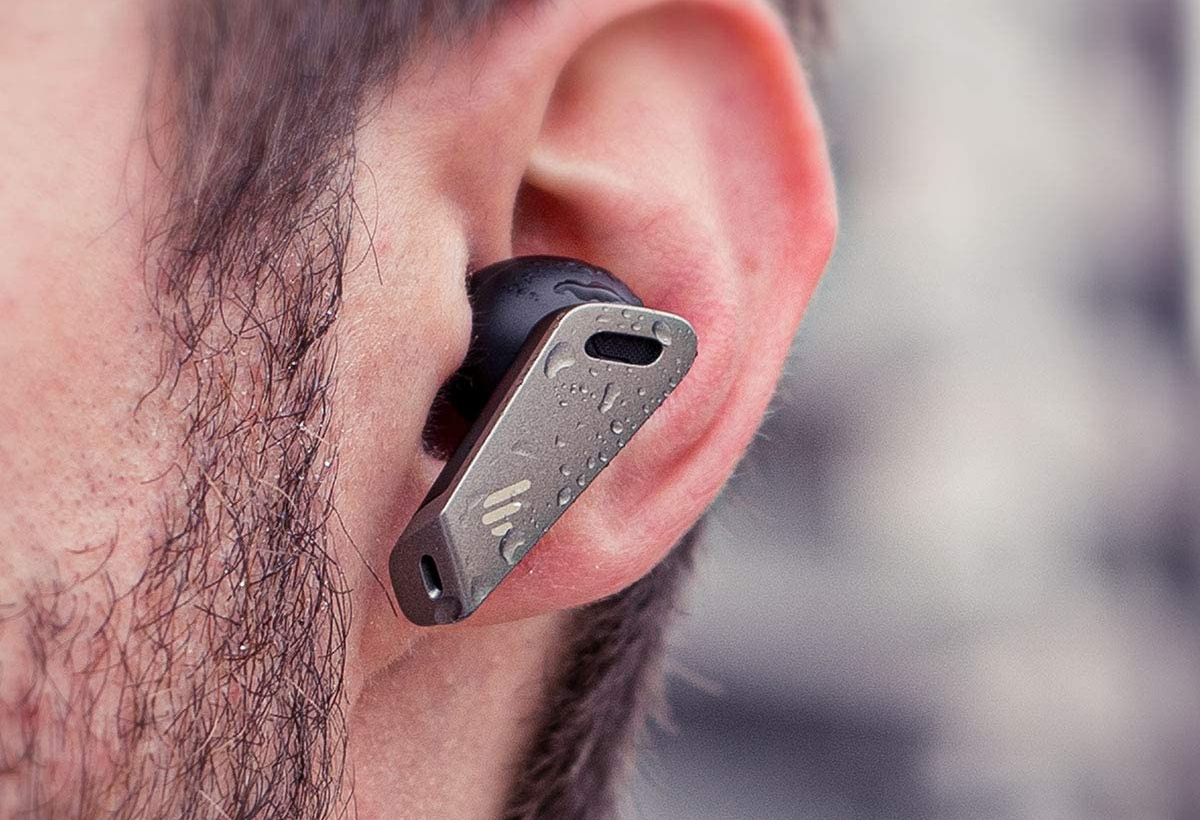 Edifier’s NB2 Pros are a fantastic pair of true wireless earbuds, and the best pair we’ve tested under $100.

In terms of raw technical specs, the NB2 Pros can stand toe-to-toe with headphones that cost twice the price. They offer 7 hours of music playback when active noise cancellation is enabled, and a whopping 9 hours when it’s disabled. If you work from a quiet place, you can get through an entire day without putting the earbuds in their battery case.

The NB2 Pros sound pretty good overall, with a nice balance of bass and treble, but don’t present music quite as clearly as premium Bluetooth earbuds. If you’re switching from a pair of earbuds that’s a couple of years old, or any that cost under $100, you’re going to get a big sonic upgrade. Edifier allows you to switch between six preset EQ modes, so you should be able to find one that suits the type of music you listen to, or your personal sound preferences.

If you have less than $200 to spend on headphones, or aren’t interested in getting a pair of AirPods, Edifier’s  NB2 Pros are a perfect pair for the iPhone. 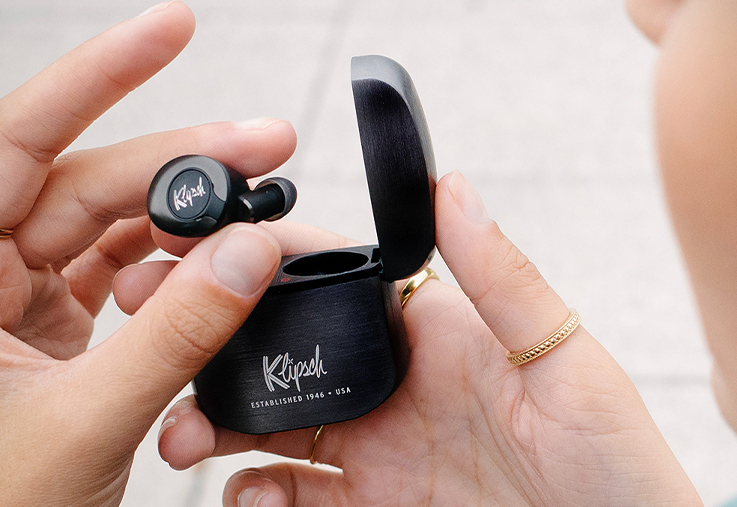 The T5 II ANC is Klipsch’s latest pair of true wireless earbuds, and they’re every bit as premium as the iPhone itself.

We’ve been testing the T5 II ANCs for a little while, and have been very impressed by their audio quality, which is uniformly excellent. There isn’t a song, podcast, or audiobook that’s sounded anything less than perfect. While we like the way they sound out of the box, you can adjust their EQ to your liking using Klipsch’s mobile app.

The earbuds support active noise cancellation, which has been top notch in our experience. If you work in a noisy environment, you won’t have to crank the T5 II ANCs volume up to block it out. Klipsch is using custom hardware and software to enable this feature, so you won’t get quite the same level of performance with any other headphones.

Klipsch isn’t forthright about how the T5 II ANCs’ battery life, but it’s been pretty solid in our tests. We’ve been able to listen to music or podcasts at medium volume without running into any issues. The earbuds will tell you their battery status when they’re paired to your iPhone, and you can check it at any time using Klipsch’s app.

The iPhone is a high-end smartphone, and it deserves to be paired with headphones that match its high bar of performance and aesthetics; The Klipsch T5 II ANCs are those headphones. 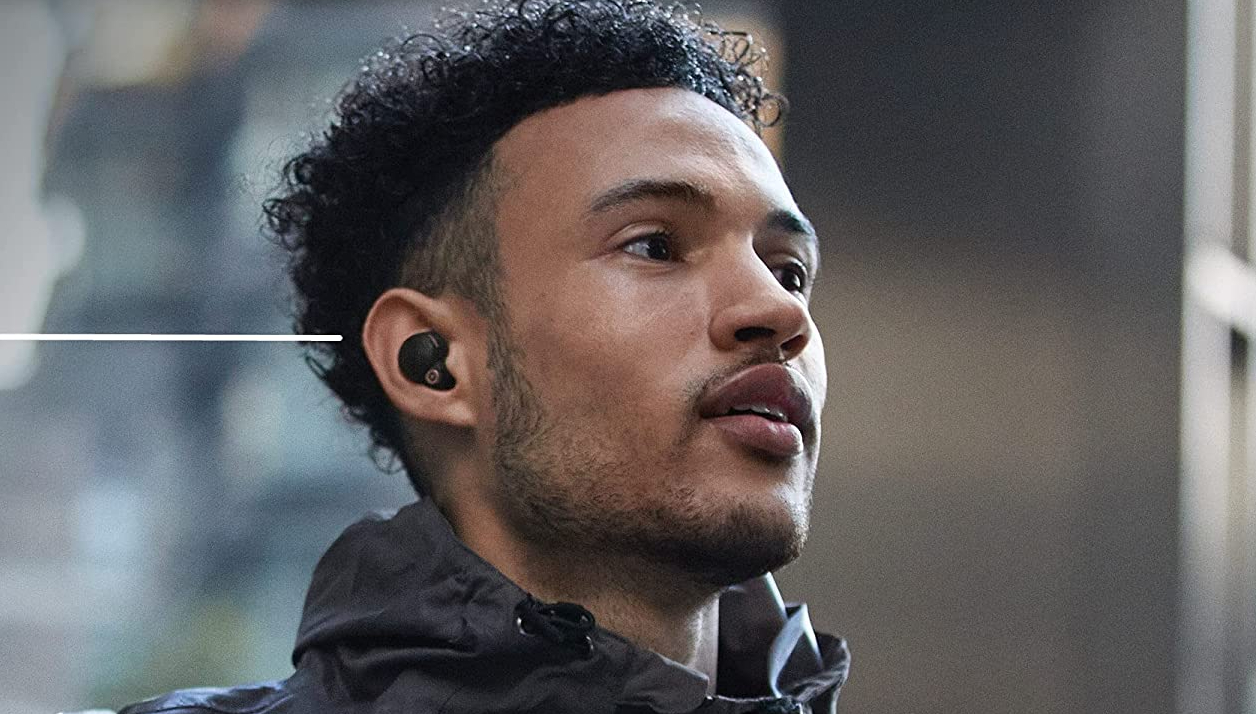 Sony has spent the past five years creating the world’s best noise-cancelling headphones, and the WF-1000XM4s are its best pair yet.

The true wireless earbuds offer active noise cancellation performance that’s on par with an over-ear pair. It’s so good that we never want to travel without them. While we’re primarily recommending the 1000XM4s because of their active noise cancellation performance,  they’re far from a one-trick-pony. The earbuds also offer very good audio quality, eight hours of battery life, and come in a sleek, ultra-compact package.

Our experience with the WF-1000XM4s has been overwhelmingly positive, and they’ve never really fallen short. We’ve been especially impressed with the performance of the earbuds’ microphones, which made it easy to communicate with teammates over video calls, or take phone calls with friends and family.

Sony’s WF-1000XM4s can make your co-working space feel like a private office, or a party powered by your iPhone’s music library.

Most Comfortable Headphones For iPhone 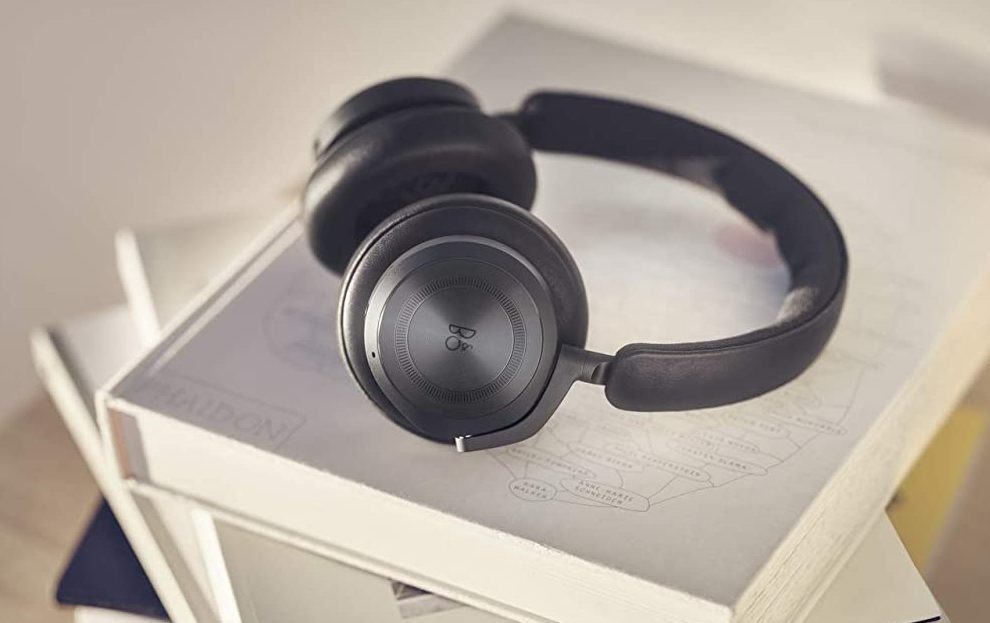 Bang & Olufsen’s Beoplay HXs are the most comfortable over-ear headphones we’ve ever tried, which makes them a great choice if you’re an iPhone owner who dislikes earbuds.

The headphones’ key feature is how easy they are to wear. Bang & Olfusen used memory foam for their ear pads and headband, so they contour to your head. The company also focused on perfecting the headphones’ clamping force, which is how tightly the ear pads squeeze the sides of your head. This work paid off: If you’re listening to music on your iPhone for an extended period of time, you won’t feel fatigued or uncomfortable.

In addition to comfort, the Beoplay HXs offer supurb audio quality, and a level of active noise cancellation that you’ll only get from an over-ear pair. Where the Beoplay HXs really shine is battery life: These headphones can last up to 30 hours per charge with active noise cancellation turned on. That’s the benefit of choosing over-ear headphones instead of earbuds, and if you travel often it could make them your best bet.