Dell’s computers rose to prominence in the early 2000s because of their quality, longevity, and the icon “Dude, you’re getting a Dell” marketing campaign.

One of the biggest advantages of getting a computer from Dell is the sheer volume of options. The company’s XPS, Inspiron, and Latitude lines have excellent choices for every type of computer user. On the other hand, this selection can make it hard to find exactly what you’re looking for if you’re a little less tech savvy.

UFC 266: How to Watch Volkanovski vs. Ortega Live Stream Online on ESPN+

That’s where we come in, we looked through Dell’s site and found the best computers it has available right now. We chose Dell’s site because it has every computer in the company’s portfolio, and some of our picks are on sale. You can find most of them on third-party sites like Amazon if you prefer shopping there.

What Are the Best Dell Computers?

There are many factors to consider when choosing the best Dell computer; below are the most important ones, which we considered while we were researching this list.

Laptop Vs. Desktop: A majority of our Dell computer recommendations are laptops because of their versatility. The ability to take a computer everywhere is necessary for most jobs and schoolwork. That said, we’re recommending a desktop in case you primarily work from a home office.

Webcam: All of the laptops we’re recommending have an integrated webcam due to the importance of video calling.

Operating System: All of Dell’s computers run Windows, which is capable of running a tens (if not hundreds) of thousands of apps.

Screen Size: Most of the laptops in this guide have a 15-inch display, and all of them have an HD screen, so you’ll be able to see everything very clearly.

Processor: All of our Dell computer recommendations have a modern Intel processor inside, so you’ll be able to run most apps without any slowdown.

RAM: The Dell laptops we’re recommending have between 4GB (Gigabytes) or 16GB of RAM (memory). Computers with more RAM can run apps more smoothly, and allows you to run more apps simultaneously.

Storage: The Dell computers below have between  recommending laptops with between 128GB and 1TB of storage. Having less storage is fine if you steam your media, and prefer to keep most of your files in the cloud. If you have a large local media library, or will be working with large files on a regular basis, you should opt for a laptop with extra space.

Inputs: A computer’s inputs (known more commonly as ports), are what allow you to connect accessories to your machine. Each of our Dell computer picks has a different assortment of ports, which you should strongly consider depending on how you intend to use your machine. All of them support WiFi and Bluetooth, though, so you have a range of wireless connectivity options, too. 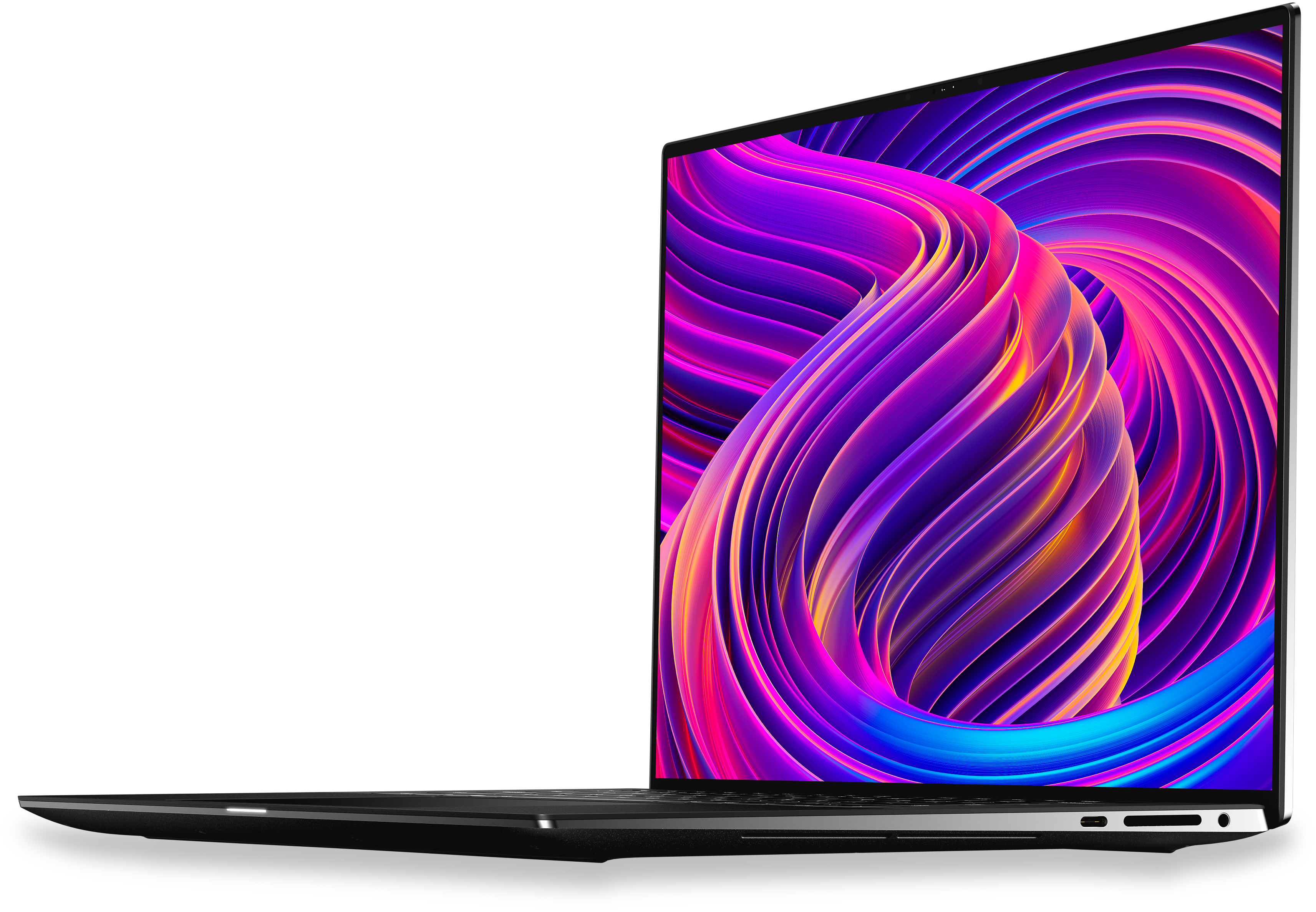 Dell’s XPS 15 is a premium Windows computer designed to handle everything from creating word documents to editing photos, video, and music.

On paper, the XPS trounces most machines on the market. It has an 8-core Intel i7 procesor, 16GB or RAM, a 512GB SSD, and an Nvidia GeForce RTX 3050 graphics card with 4GB of dedicated video memory.

These specs are complemented by a USB-C port, two Thunderbolt 4 ports, a headphone jack, and an SD Card Slot. That’s generous compared to many high-end laptops, which have dropped SD card slots entirely to maintain a smaller frame.

It may be overkill for some, but if you have a heavy workload, or want a laptop that’s designed to last for several years without slowing down, Dell’s XPS 15 is the way to go. 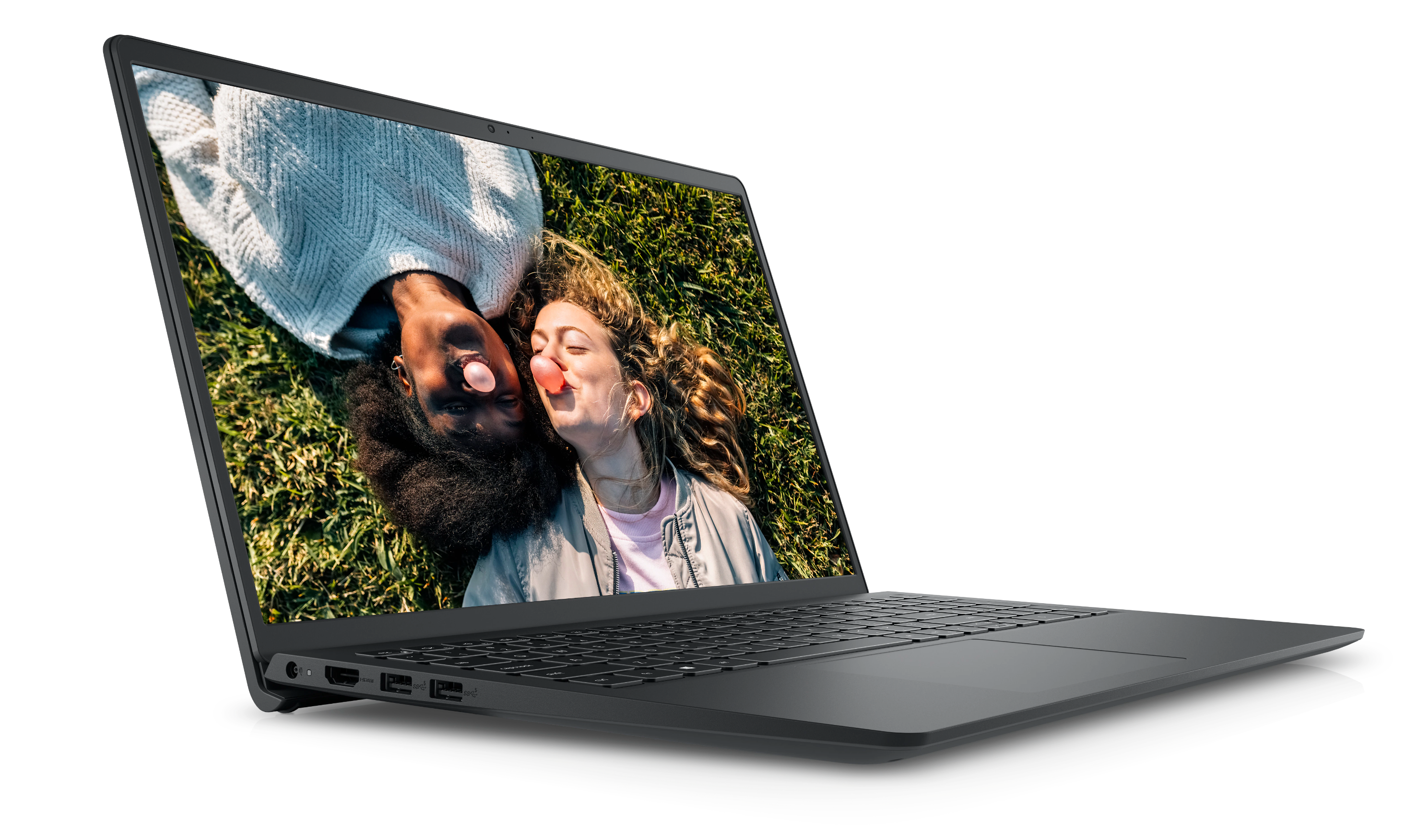 If your needs and are modest, but you prefer using Windows instead of ChromeOS, Dell’s Inspiron 15 3000 is the ideal laptop.

The machine is equipped with an Intel Pentium Silver N5030 procesosr, 4GB of RAM, a 128GB SSD, and Intel’s integrated UHD Graphics 600 chip. These specs are perfectly fine if you primarily use your computer to create documents, presentations, and spreadsheets, or want to stream videos and catch up with friends on social media sites.

Impressively, the Inspiron 15 3000 has a wide array of ports, including three USB-A ports, an HDMI port, an SD Card Slot, and a headphone jack. This means you’ll be able to connect it directly to an external display at your desk, or a projector in an office.

The Inspiron 15 3000 is the ideal laptop for most students, and an excellent value given its sub $400 price.

Note: You can get a 17% discount on this laptop by using the offer code SAVE17 at checkout. This brings its price down to $331.99. 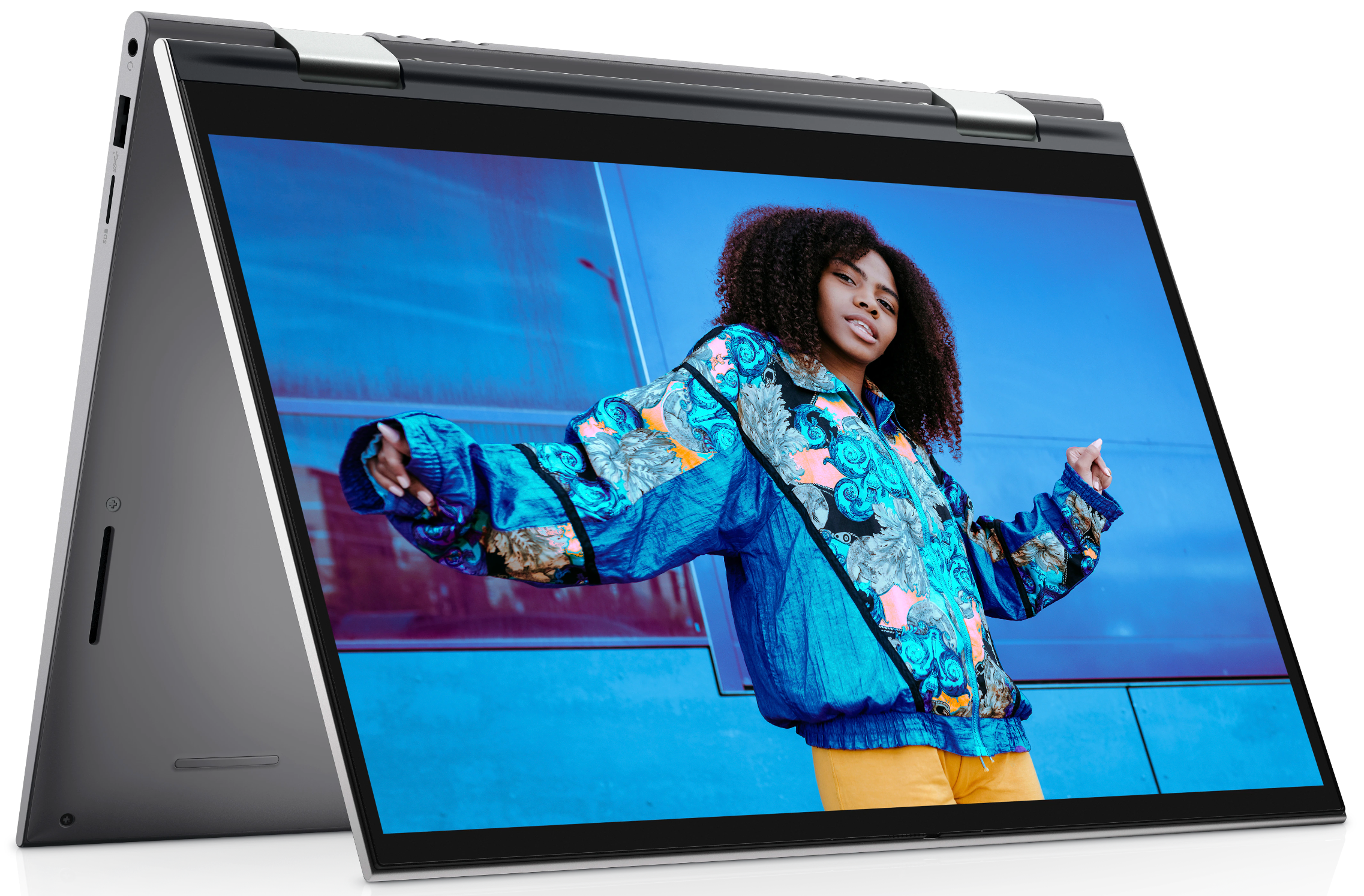 A 2-in-1 computer offers you the benefits of using a traditional laptop and a tablet in one device, and Dell’s Inspiron 14 2-in-1 is one of the best we’ve seen.

The machine rocks an Intel Core i5 processor, 8GB of RAM, a 256GB SSD, and Intel’s Iris Xe Graphics chip. This is the only laptop in this guide not to have a 15-inch display, it has a 14-inch screen, which isn’t a big difference.

The bigger differentiating factor is that the Inspiron 14 2-in-1’s display is touch sensitive. And the screen is attached to the keyboard using a hinge that can be rotated almost 360 degrees. If you’re an artist who wants to use your laptop to draw, or want to watch a movie during a flight at a comfortable angle, this is the machine to get.

In terms of ports, the Inspiron 14 2-in-1 is fairly stacked. It has two USB-A ports, one USB-C port, a headphone jack, and HDMI port, and a MicroSD Card slot. You shouldn’t have a problem connecting this machine to any of your current or future accessories.

If you’ve been curious about whether a 2-in-1 computer is for you, Dell’s Inspiron 14 is the one we recommend you try. 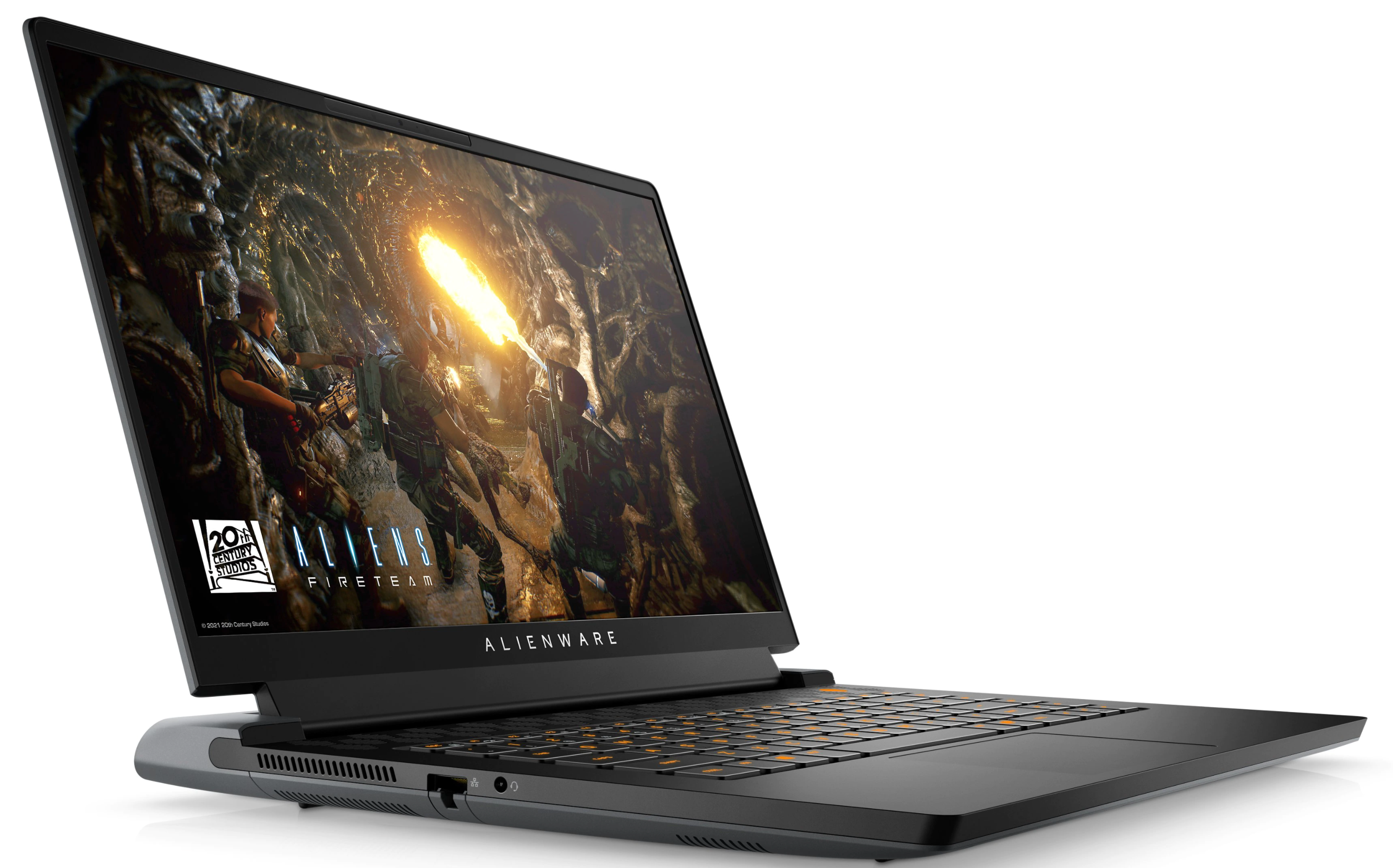 Dell’s Alienware M15 R6 gives every other 15-inch gaming laptop a run for its money.

It’s got an Intel Core i7 processor, 16GB of RAM, a 1TB  SDD, and an Nvidia GeForce RTX3070 graphics chip with 8GB of dedicated memory. This hardware will allow you to play most modern games at high settings without a hit to their frame rate. If you’re playing slightly older titles, you should be able to crank their graphics settings up to maximum.

Gaming laptops are thicker than typical notebook computers, and Dell took advantage of that by loading the M15 R6 with ports. It has four USB-A ports, one Thunderbolt 4 port, a DisplayPort, an HDMI output, an Ethernet port, and a headphone jack. If you have gaming accessories, you can plug them right in.

If you love playing PC games, but have to travel often for school or work, Dell’s Alienware M15 R6 is the ideal companion. At its current sale price, it’s an even better value. 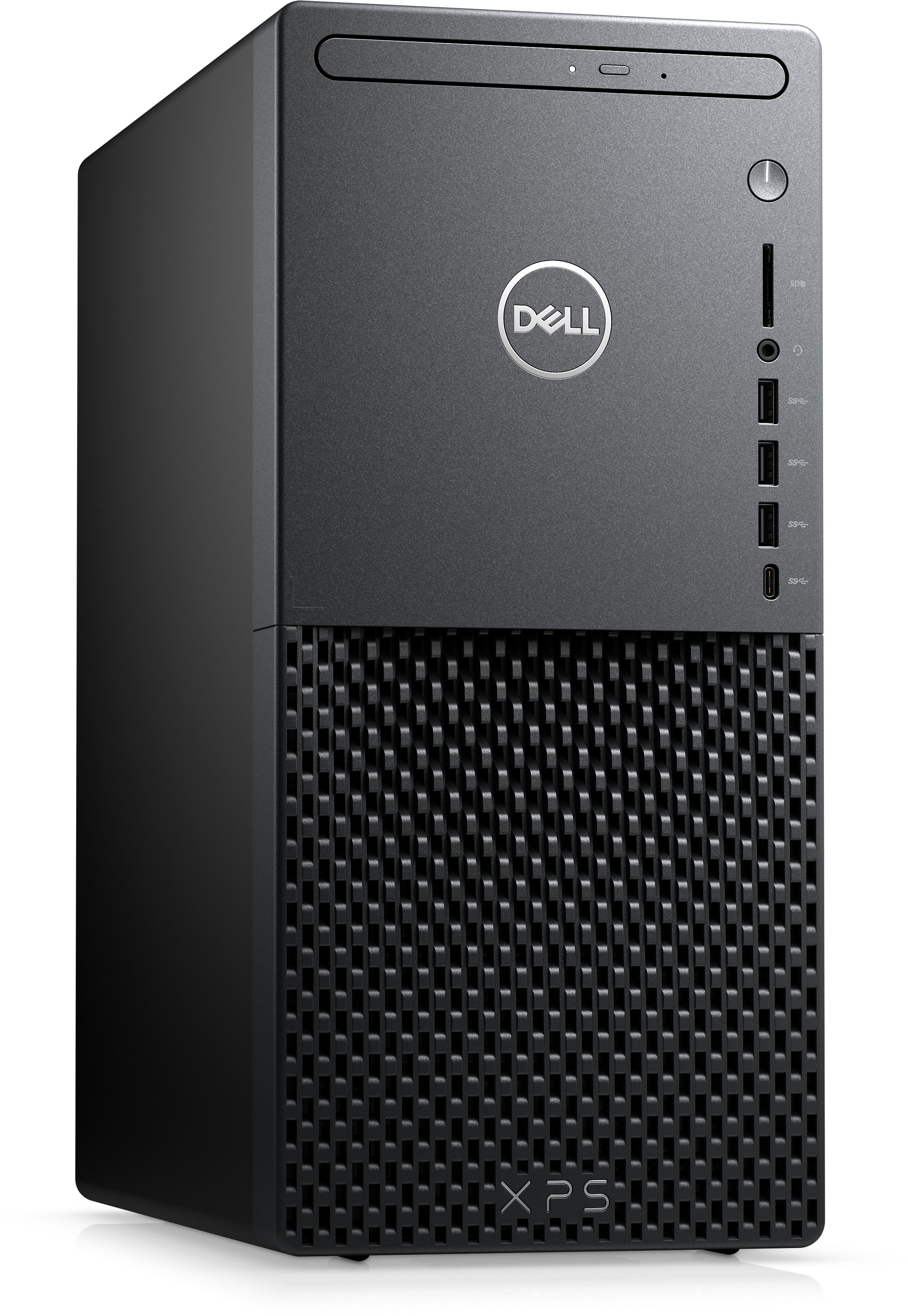 If you’ve decided to create a permanent home office, and prefer using a desktop computer over a laptop, Dell’s XPS is our top recommendation.

In terms of power, the machine has an Intel i5 processor, 16GB of RAM, a 512GB SSD, and an Intel UHD Graphics chip. That graphics chip is a little weak for video editing, but the benefit of using a desktop is that you can pop in whatever graphics card you’d like once the machine arrives.

The XPS Desktop features six USB ports, an HDMI port, a full-sized DisplayPort, one Ethernet jack, a headphone jack, and two speaker outputs on the back, plus an additional three USB-A ports, headphone jack, SD Card Slot, and optical drive on the front. This port selection is one of the advantages desktops have over laptops.

The other big difference is that you’ll be able to upgrade this machine with additional memory, storage, ports, graphics cards, or sound cards over time. Dell’s XPS Desktop is strong foundation, though, and you shouldn’t have to make any major additions or changes out of the box.

Note: You can get a 17% discount on this laptop by using the offer code SAVE17 at checkout. This brings its price down to $331.99.