Travelling is back in full swing and many of us are heading out for a holiday trip this year. A solid camera makes a great addition to any such memory-making experience, still outperforming smartphones if you’re doing any real photography. Yet some of the best brands (especially professional-grade cameras) still command a high price tag, which can make shopping for a new camera a little overwhelming — whether you’re looking for a disposable camera, digital camera, or waterproof camera.

Below, we’ve highlighted all the best camera deals live right now, with options for every type of camera — from professional-grade cameras to single-use disposable cameras — to save some money on a new rig.

What Are The Best Camera Deals?

Whatever your budget may be, we’ve listed out a range of camera deals from top brands like Sony, Canon, and GoPro. We’ve also listed their top features and what these cameras may best be used for. Shop these camera deals now before they expire and get ready for your next trip or photoshoot.

Whether you’re just getting into photography and want to learn the ropes, or you want a compact, high-quality camera for traveling, check out this Lumix GX85 from Panasonic. It’s currently marked down $202, going for just $598.

The GX85 uses a Micro Four Thirds sensor that delivers crisp images and fine detail thanks to a no low pass filter. The autofocus technology (Panasonic’s DFD) is fast and accurate — especially handy in an on-the-go camera like this. To nail framing, you can use a tilting touchscreen or a real viewfinder. And if you want to take video, you have the option of 4K resolution and solid stabilization technology at your disposal.

This Canon instant camera gives Polaroid a run for its money — especially with a nearly 30% discount. The compact camera uses zink technology to print two-by-three-inch photos on the spot. These printed photos are also peel-and-stick, so you can immediately put them on gifts or in photo books. At just $75 with its current discount, the camera makes a great choice for gifting this year. 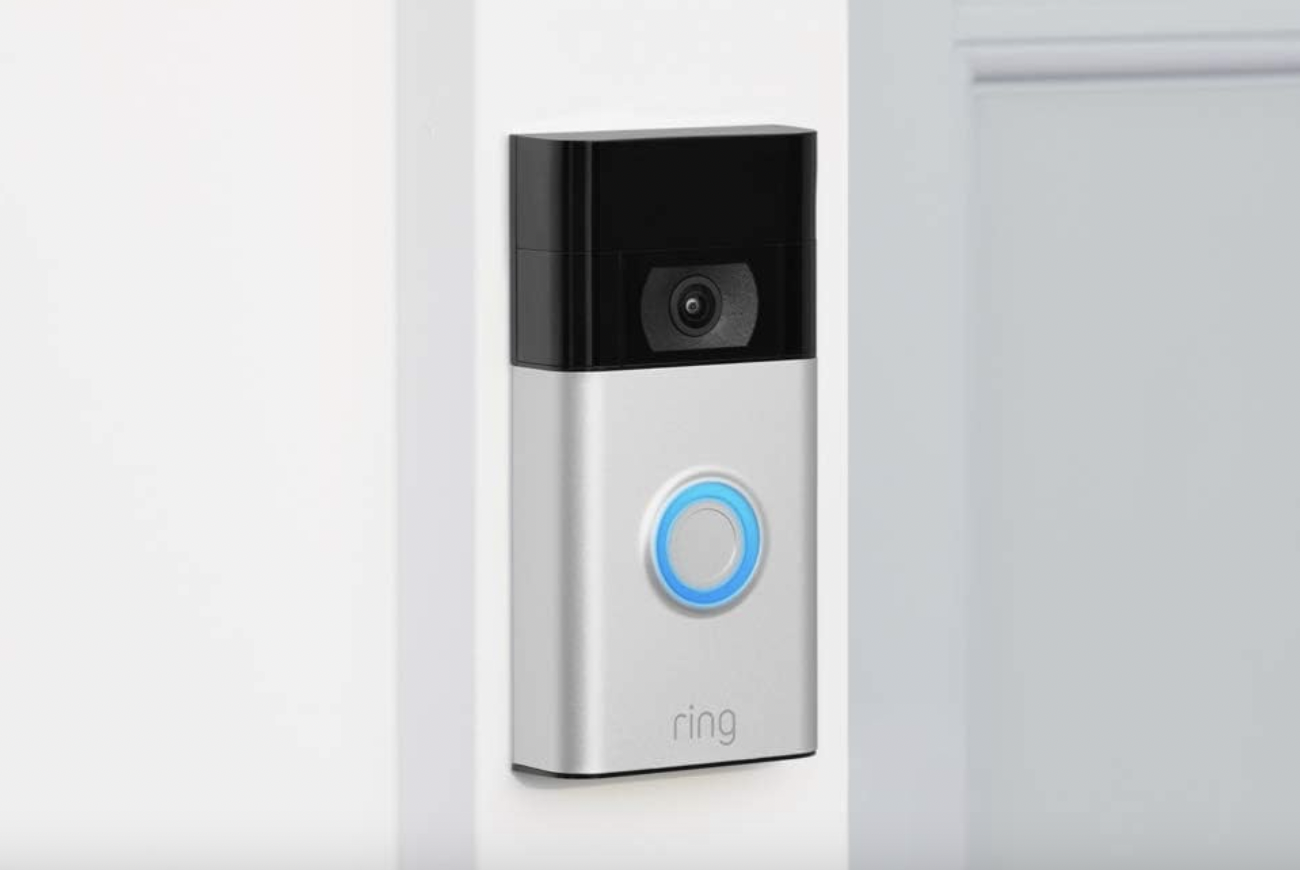 Ring’s video doorbells have become a ubiquitous feature in smart home setups, letting you see and talk to whoever is at the door — even when you’re not home. Right now, Amazon is offering 30% off this 2020 Ring camera doorbell, making it easier than ever to set up the much-loved device at your home. 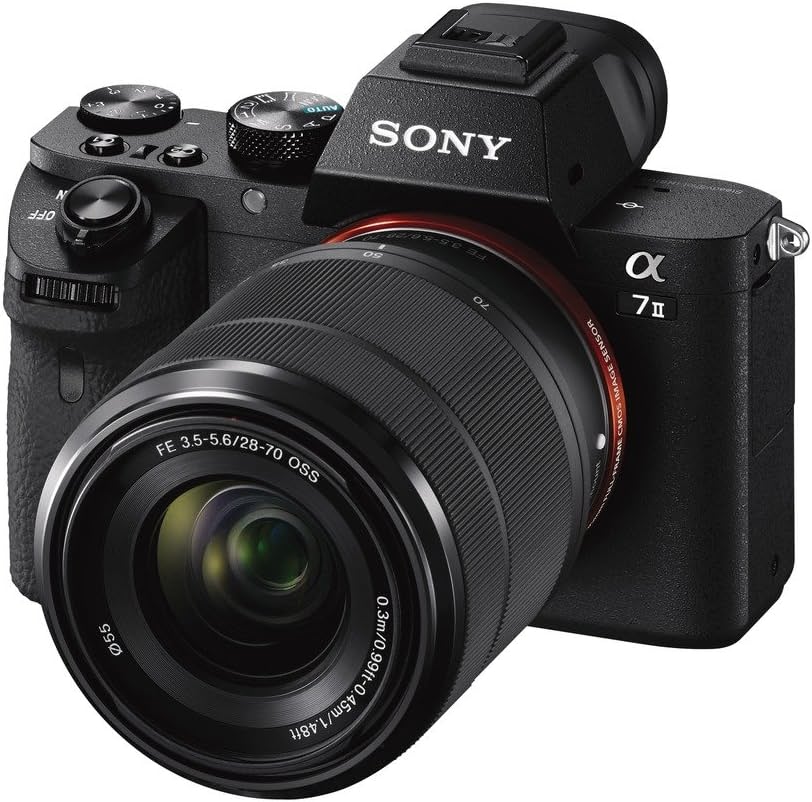 Sony is running a great deal on this Alpha 7 II right now, offering a whopping $670, or 40% off the camera and 28-70 millimeter lens bundle. It uses a full frame sensor and a Bionz X image processor, which combine for crisp, professional photos.

The camera also has in-body image stabilization technology, which is great for sports photography and other fast-moving subjects. It takes crisp HD video too, plus a large display and well-laid-out buttons. Overall, it’s a great deal for under a grand. 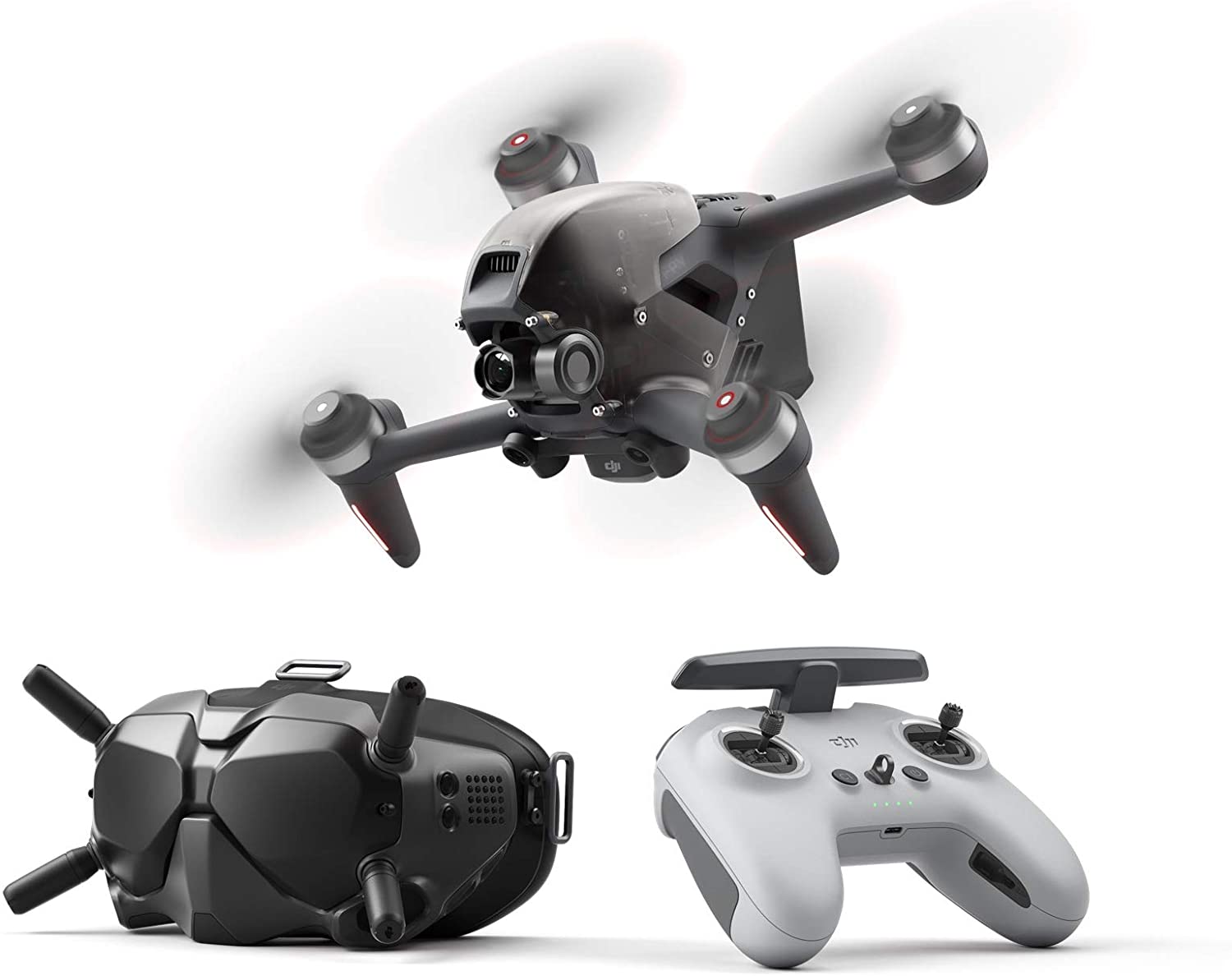 Looking to get into drone photography? Now is a good time: premiere drone brand DJI just cut the price on this first-person view drone bundle. It comes with the drone (which is equipped with a 4K camera), a controller, and goggles that provide a live feed from the drone’s camera. As with all of DJI’s drones, this one is both approachable for beginners and robust enough for seasoned fliers. 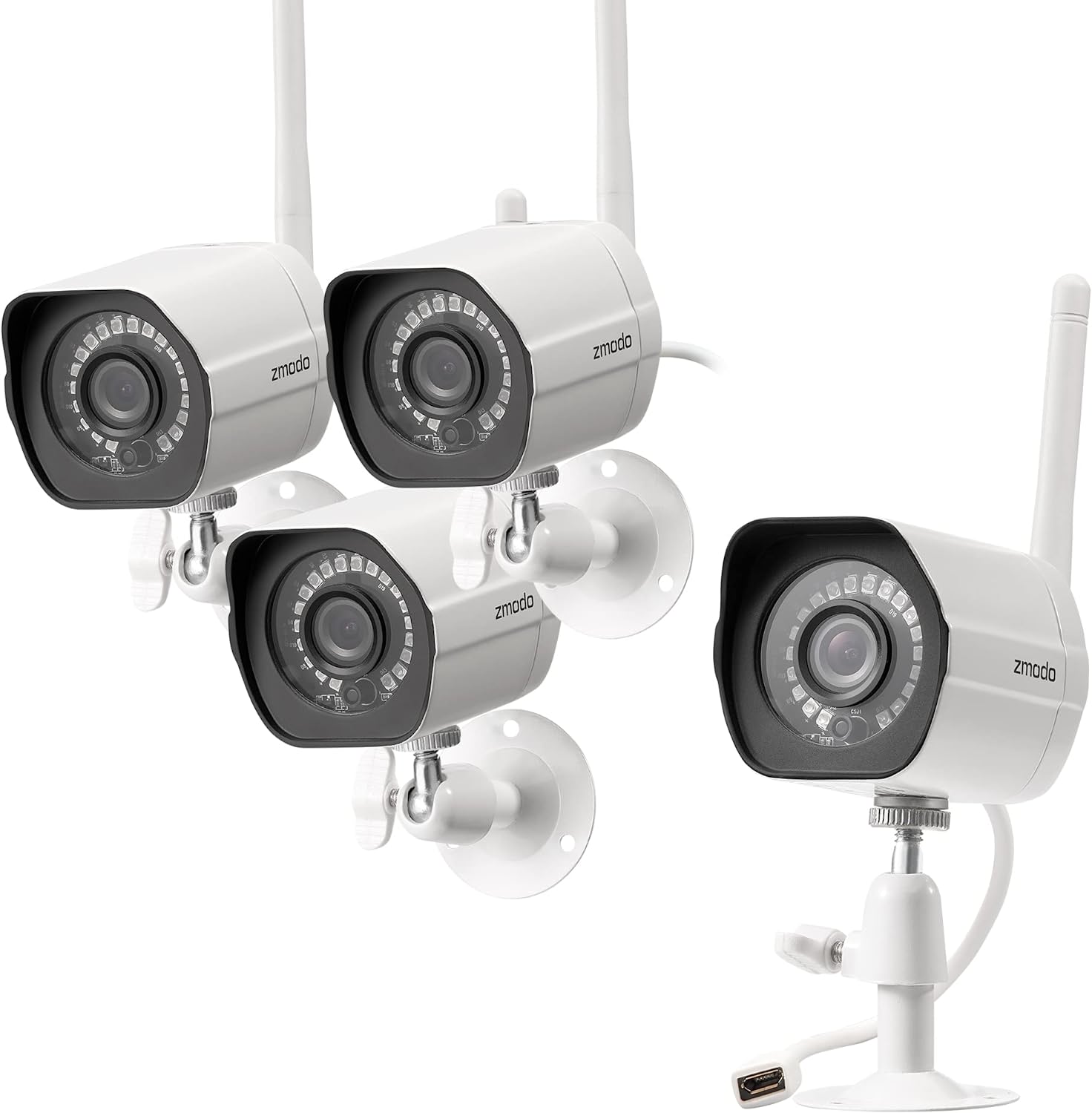 Whether you’re setting up a home security system or upgrading an existing one, this four-pack of outdoor security cameras from Zmodo is a great purchase — especially at just $80, or 43% less than their regular price. The cameras connect to your WiFi system, allowing you to view security livestreams on your phone, laptop, or tablet from anywhere. 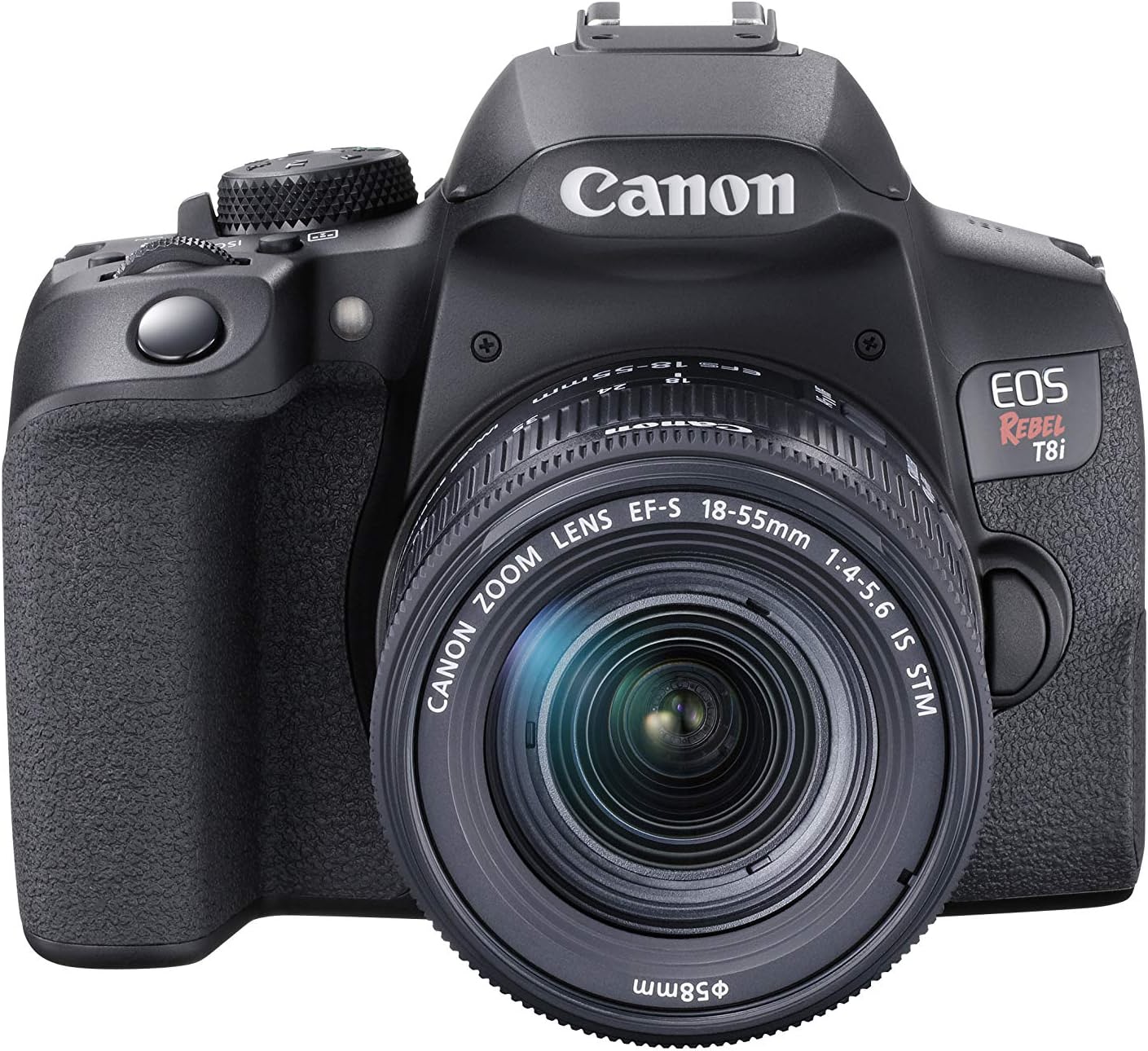 Canon’s EOS Rebel T series has long been a favorite for new photographers and casual creators, boasting impressive specs for a relatively affordable camera. Right now, the T8i makes owning a solid DSLR even more affordable with an Amazon discount of $500. The discounted package includes the T8i as well as an EF-S 18-55 millimeter lens, so you don’t have to shop around for a lens as well.

Beterbiev vs. Yarde Livestream: How to Watch the Championship Boxing Match Online

These Ergonomic, Stylish Office Chairs Are All Available on Amazon 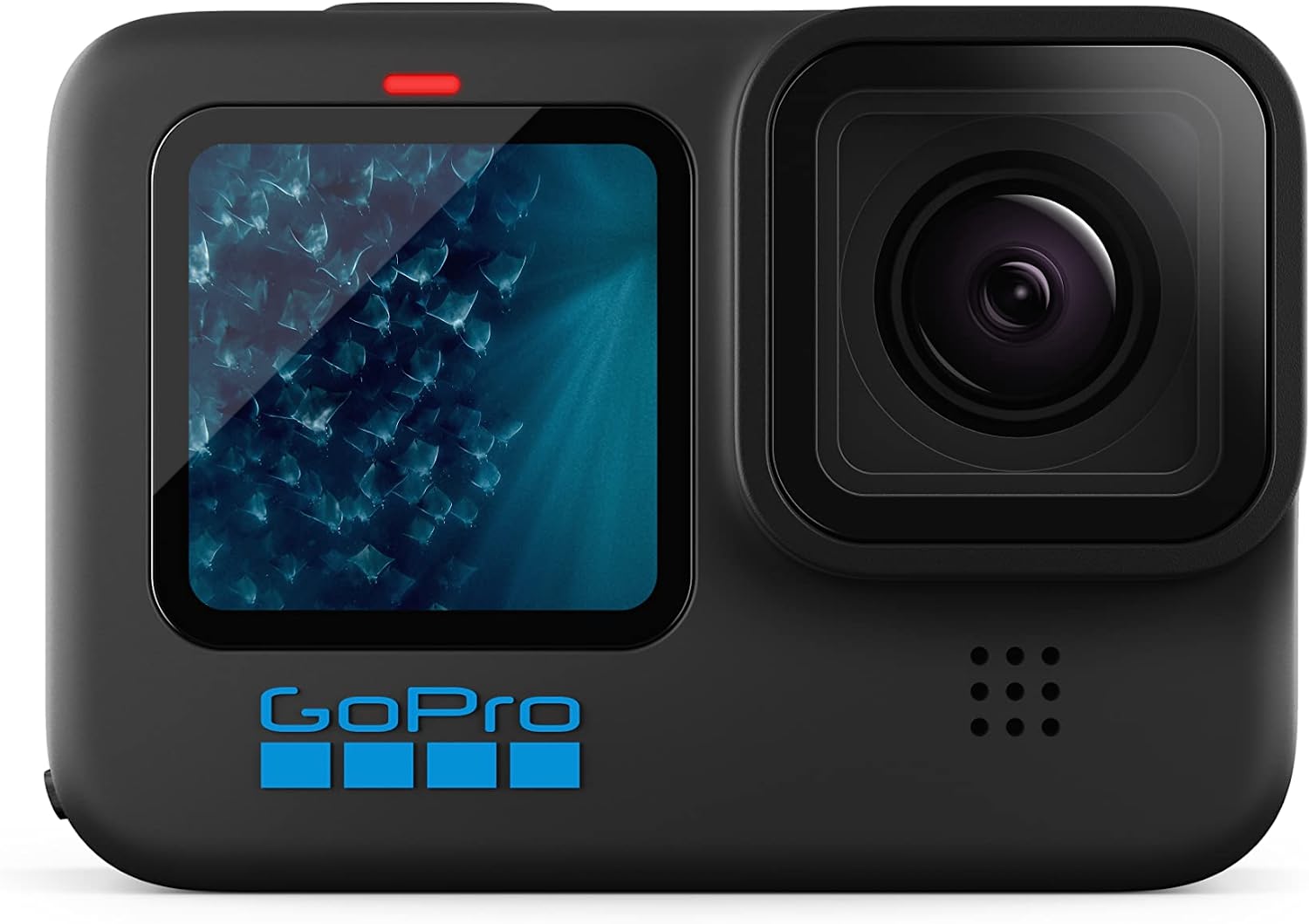 GoPro is still the king of action cameras, and this Hero11 is their best, most recent entry. We’re surprised to see it discounted at all, so even $50 in savings is a worthy deal. As with new GoPros before it, the Hero11 boasts very impressive specs. Most importantly, it’s capable of capturing 5.3K video at 60fps, allowing for super high-resolution, fast-paced videos. Another cool feature is that it’s waterproof without a shell case, like older GoPros, reducing the overall size when you’re filming in the water. 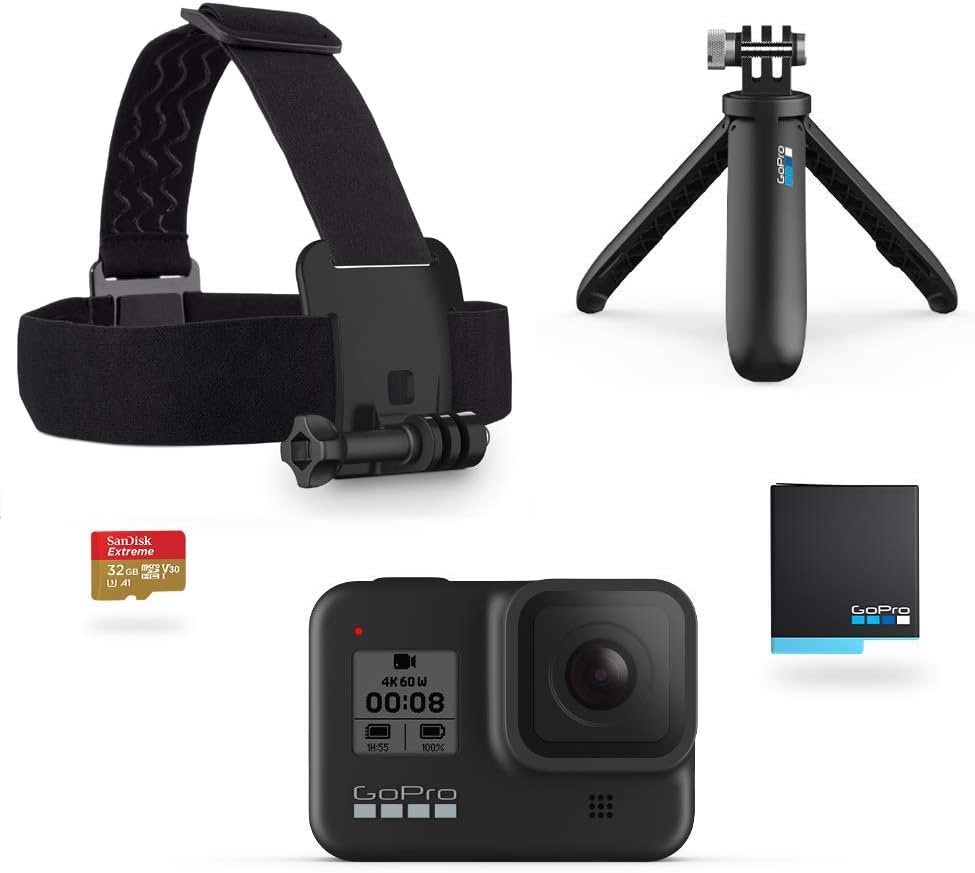 GoPro is also offering a solid discount on this Hero8 bundle, bringing the price down from $360 to $280. Besides the Hero8 camera, the bundle deal gets you a GoPro-branded mini tripod, a head mount, an SD card, and two batteries.

It’s a great way to get into action videography if you don’t have any accessories. Plus, although it’s not as new as the Hero11 above, the Hero8 is still a very good camera with 4K video, effective stabilization technology, and a rear touchscreen. 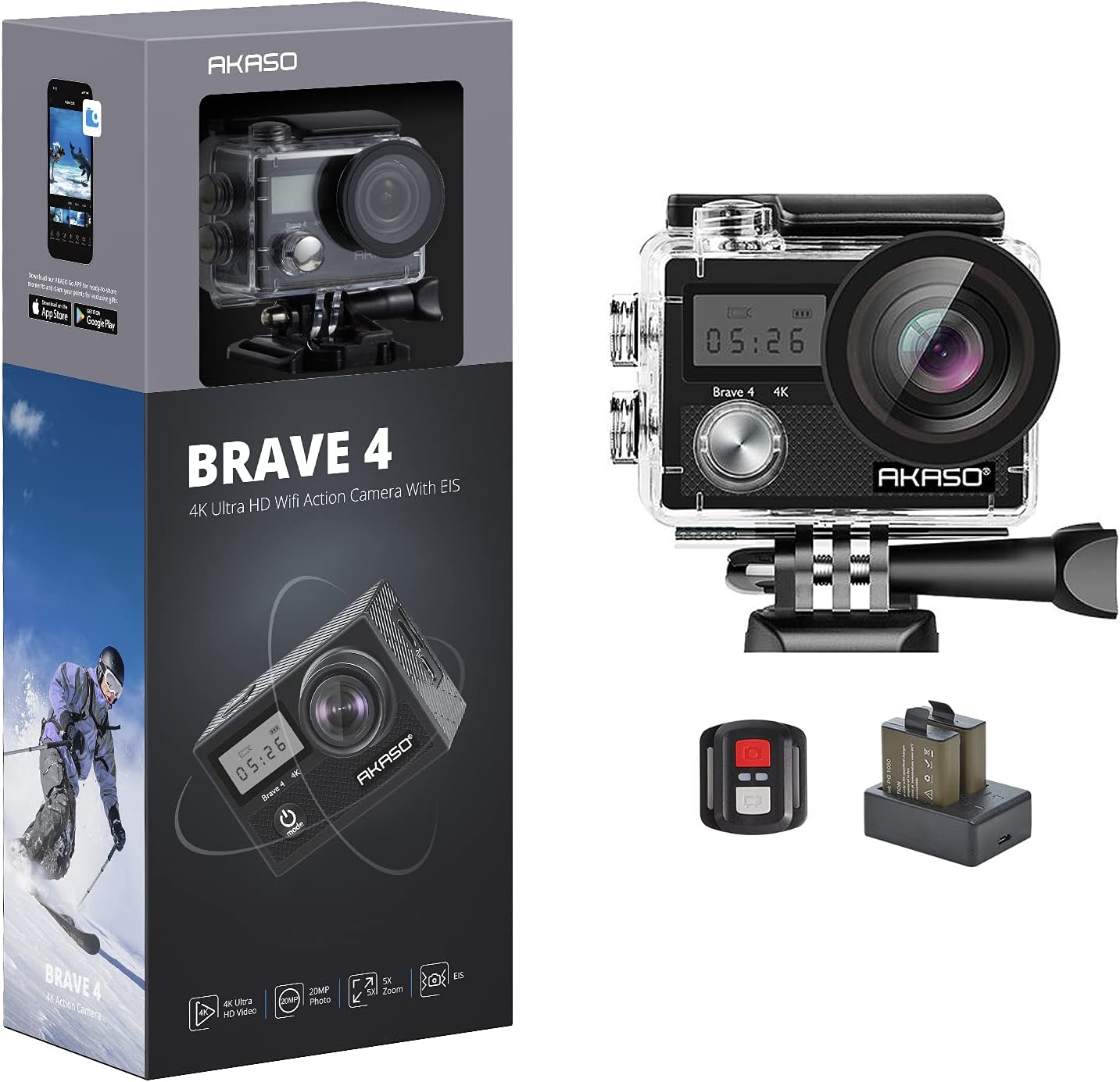 GoPros are great, but you can get a very solid action camera for less in this Akaso Brave 4. It’s normally quite budget-friendly at $150, but right now it’s marked down to just $72, saving you $78.

But don’t let the price fool you: The little camera is very capable of capturing high-quality video in any conditions thanks to a durable waterproof case. You can record in 4K at 30fps, 2K at 30fps, or 1080P at 60FPS — the latter being great for filming fast-paced sports. You can adjust the lens angle from wide to more cinema-like, and video stabilization removes blur. Plus, an included remote control comes in handy for starting and stopping videos. 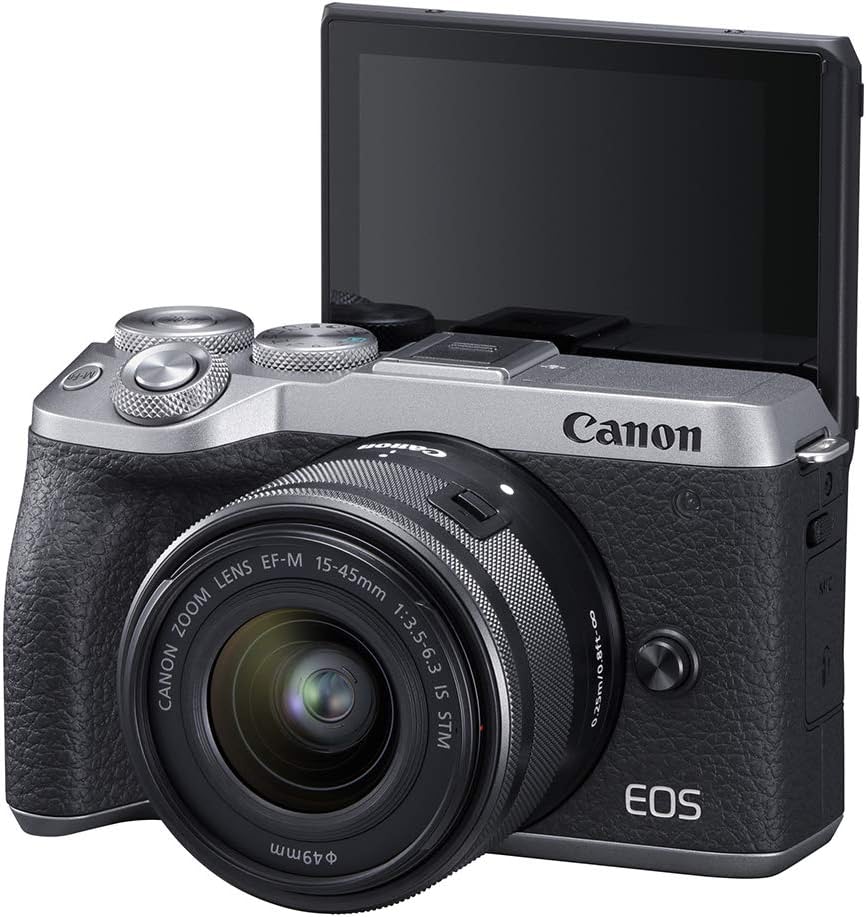 With a super high-rest 32.5 megapixel sensor, high-speed shooting capabilities, and 4K video, this Canon EOS M6 Mark II is a great choice for aspiring or casual photographers and videographers. Another notable feature is the camera’s screen, which can be flipped up to become a selfie cam or webcam. Better still, the camera is currently on sale for $220 less than its normal price, bringing the price down to just $880. 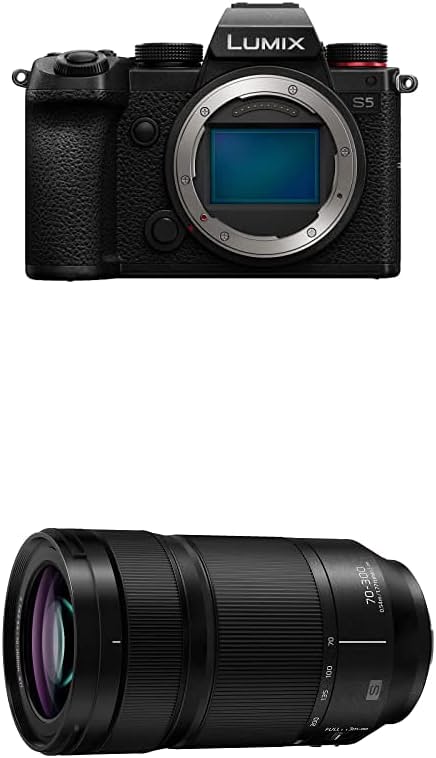 Looking to save on a professional camera? Check out this Panasonic Lumix S5. It’s currently on sale for $700 less than retail, and comes with a versatile Lumix S Series 70-300 millimeter Lens to boot. As expected from a Camera of this caliber, both photos and video are top-notch with a 24.2-megapixel full frame sensor and 4K video capabilities.