Android, Google’s ultra-popular mobile operating system, got its big break on phones and tablets, but it’s recently made its way onto TVs.

What separates Android TVs from competitors like the Fire TV and Roku is apps. Mobile apps, specifically games and niche streaming services like Simply Yoga or Localcast and games like Crossy Road PAC-Man 256 are accessible in a couple of clicks. The interface, while clearly adapted from the mobile version of Android, is clean, easy to navigate, and offers quick access to major streaming services like Hulu, HBO Max, and Peacock.

Android TVs also benefit from having the Google Assistant (the search giant’s version of Amazon’s Alexa or Apple’s Siri) built in. You can use the Assistant to find the content you want to enjoy using your voice instead of hitting buttons on your remote. Most Android TVs also have a ChromeCast built into them, which allows you to stream content from apps on your phone (either an Android device or iPhone) onto your big screen.

This ease of use, coupled with access to a wide variety of apps and services, makes Android TVs a great option if you’re looking for a new smart TV.

What Are the Best Android TVs?

There are many factors to consider when choosing the best Android TVs for you; below are the most important ones, which we considered while we were researching this list.

Size: Android TVs are available in a wide range of sizes, and our guide features sets between 24 and 55 inches. Our largest TV recommendation is also available in an 85 inch size, which is great if you have space for a big home theater.

Resolution: The Android TVs in our guide are at least HD (720P) most most of them are 4K (Ultra UHD). Each set will display a clean image, but the higher resolution Android TVs will have increased fidelity, and support for additional features like HDR (High Dynamic Range), which improves color accuracy.

Inputs: A TV’s inputs (commonly called ports), are used to connect gadgets like game consoles to your set. All of the Android TVs in our guide have at least two HDMI ports, which is the most commonly used input available right now. 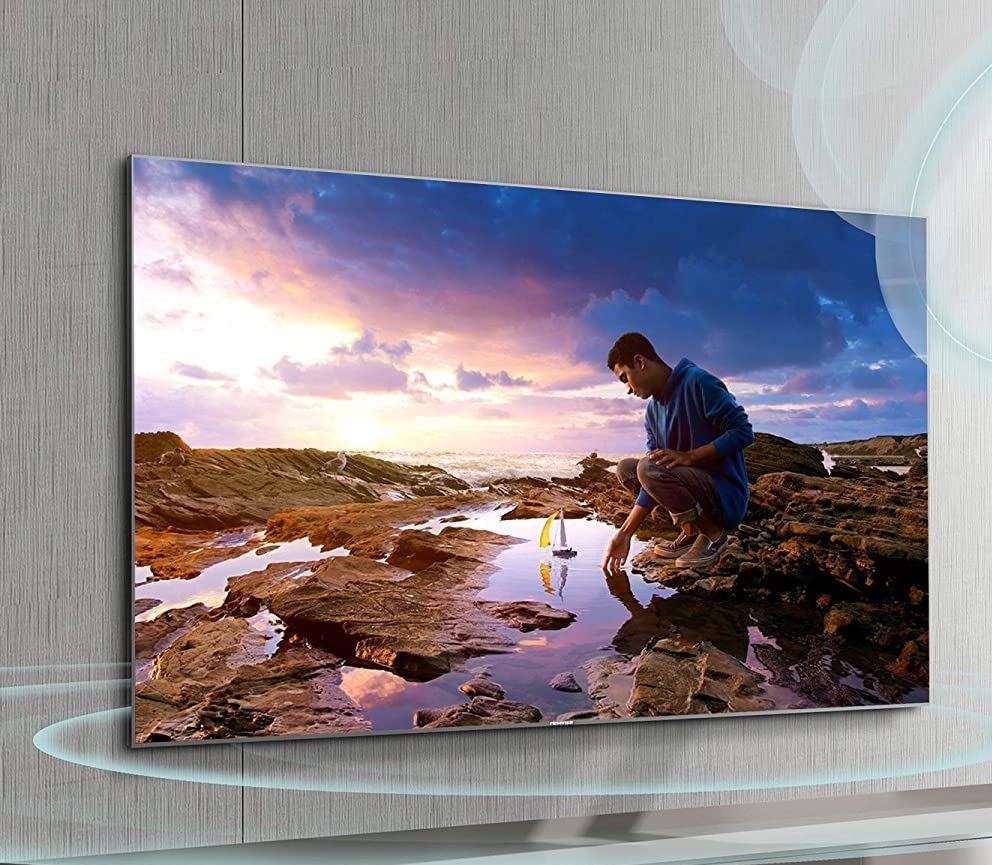 After testing it for ourselves, Hisense’s H9G is the best Android TV for most people.

It comes in 55-inch and 65-inch sizes, and has a resolution of 4K. The TV looks sleek thanks to its thin bezel (rim) and minimalist stand, but it’s whats on the inside that counts.

The H9G supports Dolby Vision HDR (high dynamic range) and can reproduce colors really accurately. Thanks to HDR, it’s possible to see even greater contrasts between bright colors (think green trees and a blue sky in a bright, day scene). Video games also benefit from this technology, and I’ve been pleasantly surprised at how older titles look when I return to them.

While LED TVs don’t have quite as much control over screen brightness as an OLED, the H9G uses a technology called local dimming zones to bridge the gap. Basically, this allows the TV to control the brightness in certain chunks at the screen, so you see more realistic shadows, and more contrast between bright and dark parts of a scene (think fireworks exploding in a night sky).

While the built-in speakers support Dolby Atmos (a new version of surround sound) I’d still recommend getting a soundbar. It’s not that the speakers are bad, but quality is sacrificed by making the speakers small enough to fit in the H9G’s slim frame. Making a smart TV is a balance, and on the whole I prefer Hisense’s decision to focus on its screen.

One of the most pleasant parts about using the H9G was its remote. It’s uncomplicated, with a number pad up top, arrow keys to navigate to different apps in the middle, and media controls (volume, channels, play, pause, mute, etc.) on the bottom. There’re also shortcut keys to take you directly to services like Netflix and YouTube. The buttons were responsive, large enough to hit easily, and soft to the touch. This is a little extra you wouldn’t expect from a TV, but it’s very welcome.

The bottom line is this: If you want an Android TV that’s packed with features and provides a great value, this is the one to get. 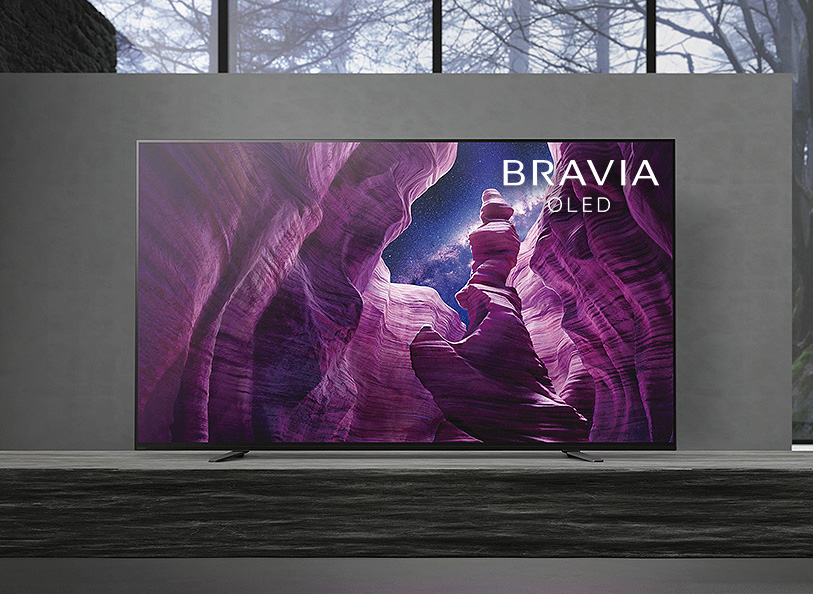 If you want the best of the best, Sony’s A8H is the top Android TV to go.

The 4K TV is available in 55-inch and 65-inch sizes, and uses an OLED panel, which is significantly better at color reproduction and brightness control than an LED set. The result is a quantum leap in picture clarity, and you’ll immediately be able to tell the difference.

Sony’s TV runs on a custom X1 ultimate chip, which analyzes what you’re watching in real time to ensure you have the best possible possible picture. The A8H was also designed for gamers, and supports a fast 120Hz refresh rate for smoother gameplay, and a dedicated “Game” setting to reduce lag.

Although Sony touts the A8H’s 2.1 speaker system, we still recommend connecting a soundbar for a better home theater system. In fact, Sony has a bundle that includes this TV and one of its G700 soundbar, which we highly recommend.

OLED TVs are the cutting edge of display technology, so if you’re setting up a home theater you don’t plan on upgrading for years, Sony’s A8H is the way to go. 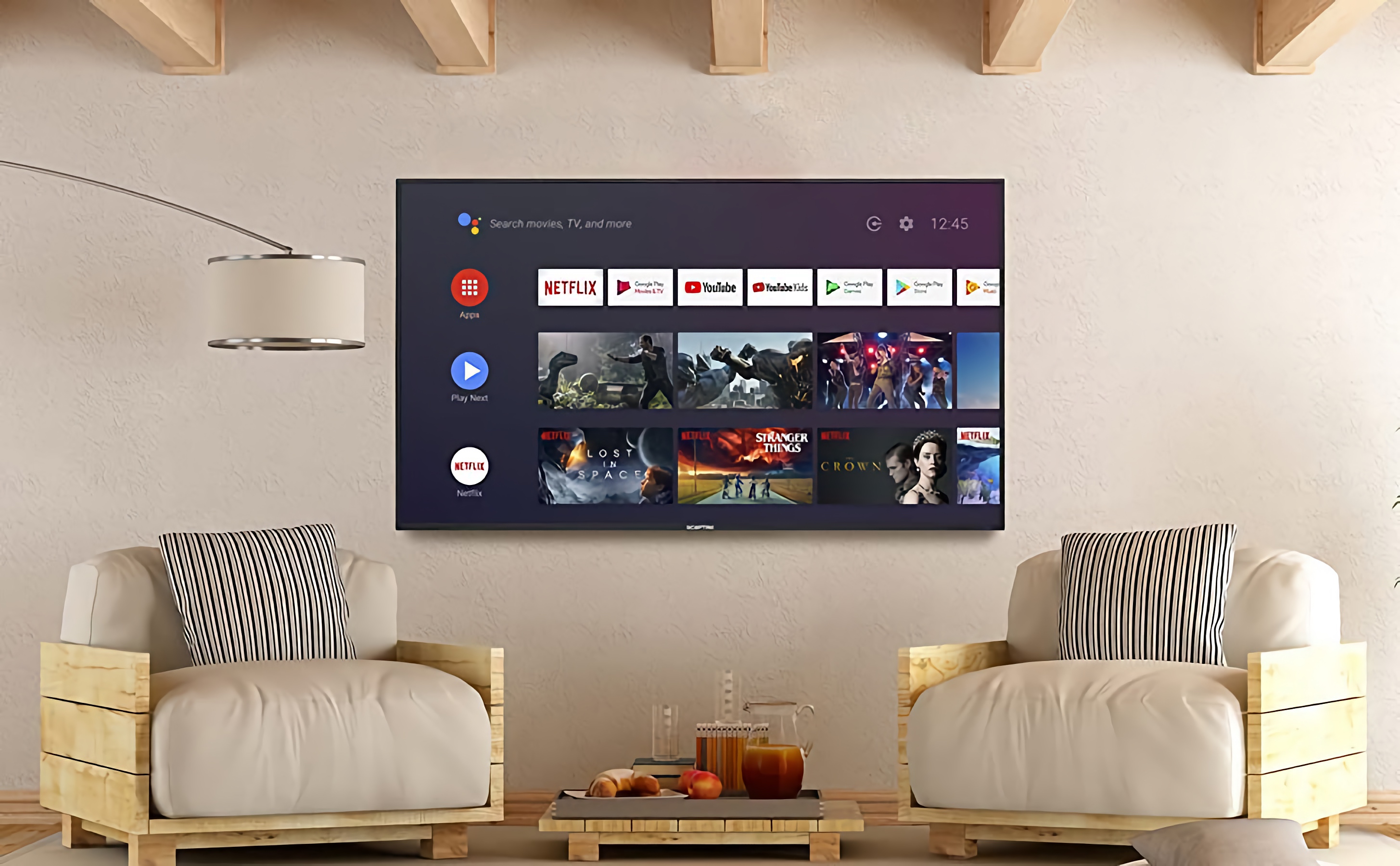 Looking for a big screen on a budget? Sceptre’s A515CV is the set to get.

The 50-inch 4K TV supports deluxe features like HDR, but doesn’t have many of the same extras as Hisense or Sony’s TVs. One of its standouts is a feature called Talk Back Talk Back, which tells you what’s happening on your screen each time you push a button. If you have trouble seeing, this is an essential feature, and one I hope becomes standard on all TVs.

At under $350 you’re not going to find a better Android TV, or any smart TV for that matter. If you need a new TV for a living room or bedroom, and don’t need a lot of bells and whistles, you should strongly consider this one. 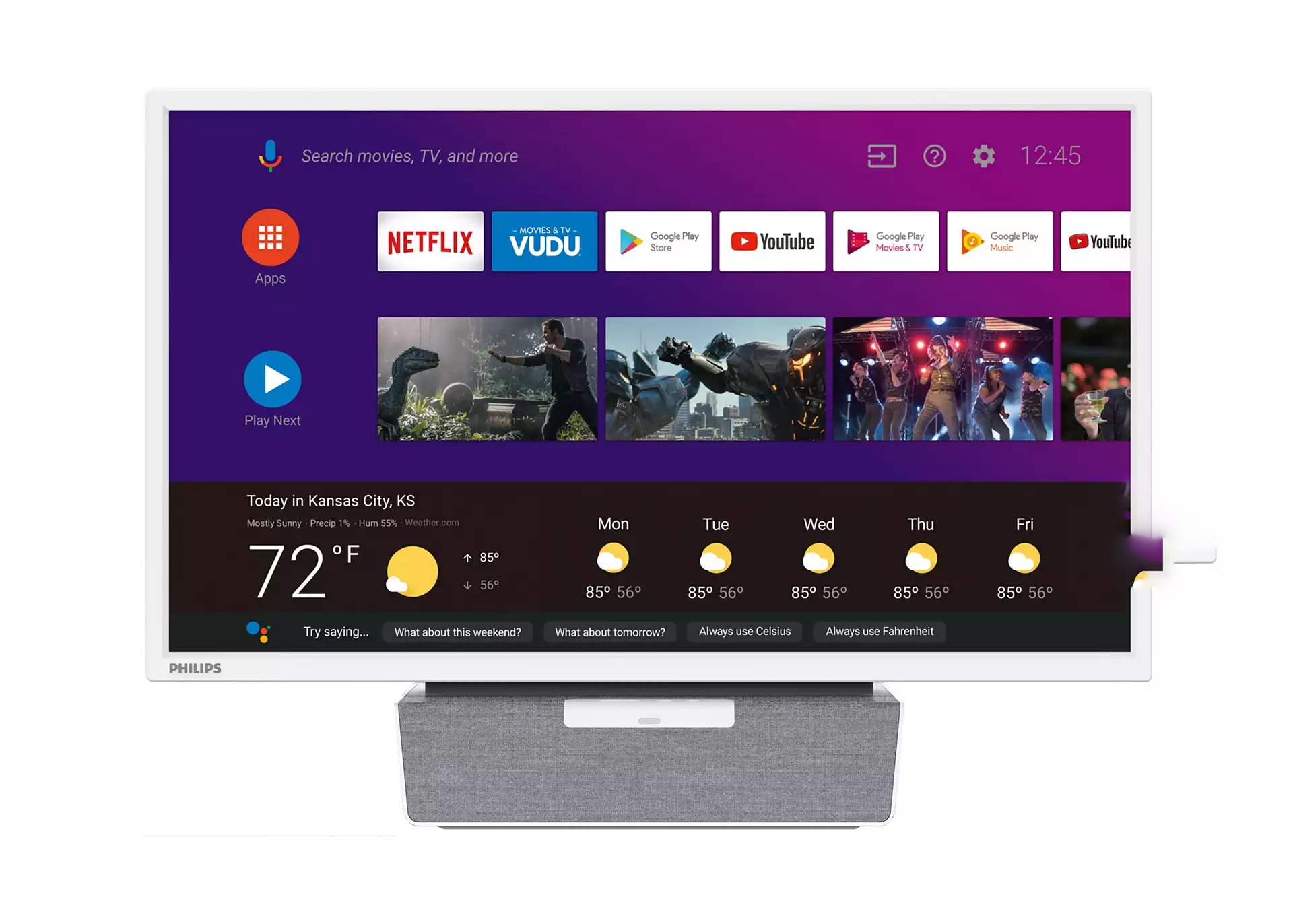 TVs have gotten huge in the past few years, but Philips’ 6000 bucks that trend.

The 24-inch set will fit neatly in a home office, kitchen, or dorm. Its a 720P TV, which means the picture won’t be as sharp as a 4K option, but that matters less on a screen this small. You’ll still be able to see a lot of details. This TV is thin, but it sits on top of a dedicated 16-watt speaker, which is basically a built-in soundbar. The speaker is also a stand, elevating the display to a comfortable height.

It’s really hard to find a high quality TV that’s under 32-inches, and the Philips 6000 is the best one we’ve seen.

The Worst Songs Ever, From 'Blurred Lines' to 'Twinkle Twinkle Little Bitch'