Apple is gearing up for a busy shopping season with the launch of a brand new Apple Watch and Apple iPad. The new models were among the reveals at Apple’s annual event held at the company’s Apple One campus Tuesday.

The prerecorded keynote began with the announcement of the Apple Watch Series 6, which has a brighter always-on display and faster processor than its predecessor. The biggest change is the inclusion of a blood oxygen sensor, which uses a cluster of LED and optical sensors to determine your blood oxygen saturation (basically a way to determine how well your lungs and heart are getting oxygen to different parts of your body, and how much is actually being absorbed).

Apple also announced the Apple Watch SE, an entirely new model in the company’s wearable lineup. The Apple Watch SE has the previous generation A5 processor, without the blood oxygen sensor, always-on display, and ECG reader available on the Series 6. It comes in the same sizes (40mm and 44mm) as the Series 6, and has the same motion detection sensors, so it can determine when you’ve taken a fall, and alert a preassigned contact. The Apple Watch SE is available on Friday, September 18, and starts at $279.

The Best iPad Keyboard Cases to Get on Amazon

Both Apple Watch models are compatible with a new feature called “Family Setup,” which allows you to pair multiple watches to a single iPhone. Previously, each Apple Watch needed to be paired to an individual iPhone. If an Apple Watch belong to a child, their parent can track their location, and specify which contacts they can send messages to.

How Does Apple Fitness+ Work? 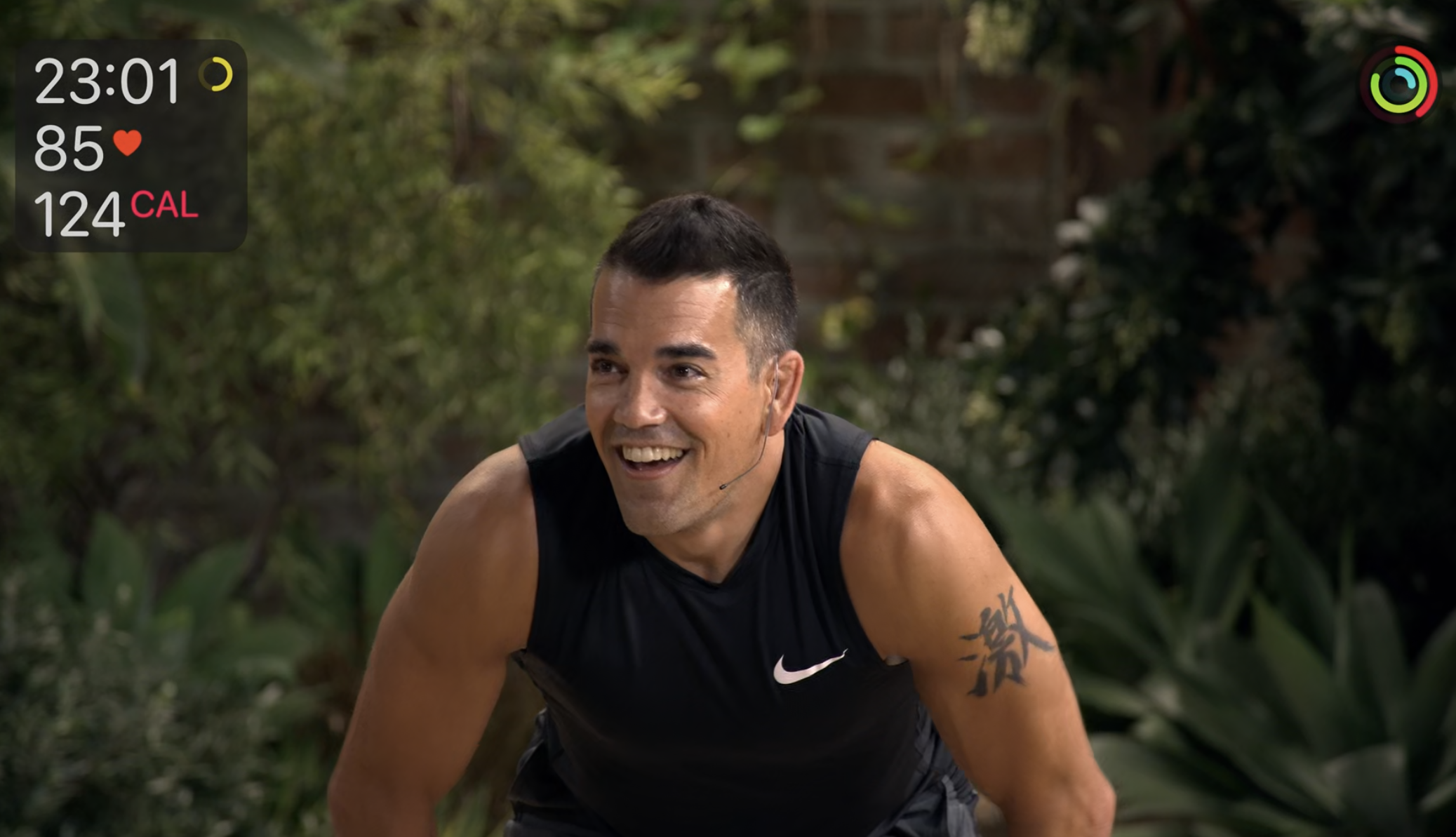 You can watch Apple Fitness+ workout videos on your iPhone inside the Fitness app. Key metrics like your current heart rate, completed rings, and workout time will be displayed on your iPhone screen, so you don’t have to look down at your watch to keep track of them. Apple said many of the exercises inside Fitness+ require no equipment, while the others only require dumbbells. Apple Fitness+ will be available this autumn.

What is Apple One?

On the entertainment side, company also announced a new services bundle called Apple One, which has three tiers: Individual, Family, and Premier. An individual plan gets you a subscription to Apple Music, Apple TV+, Apple Arcade, and 50GB of iCloud storage for $14.95 a month. A family plan offers access to those same services, plus 200GB of iCloud Storage, and can be shared with up to five members of your family, and costs $19.95 per month.

A premier plan includes access to Apple Music, Apple TV+, Apple Arcade, Apple News+, and Apple Fitness+, and 2TB of iCloud storage, can be shared with up to five people, and costs $29.95 per month. All of these bundles launch this autumn. 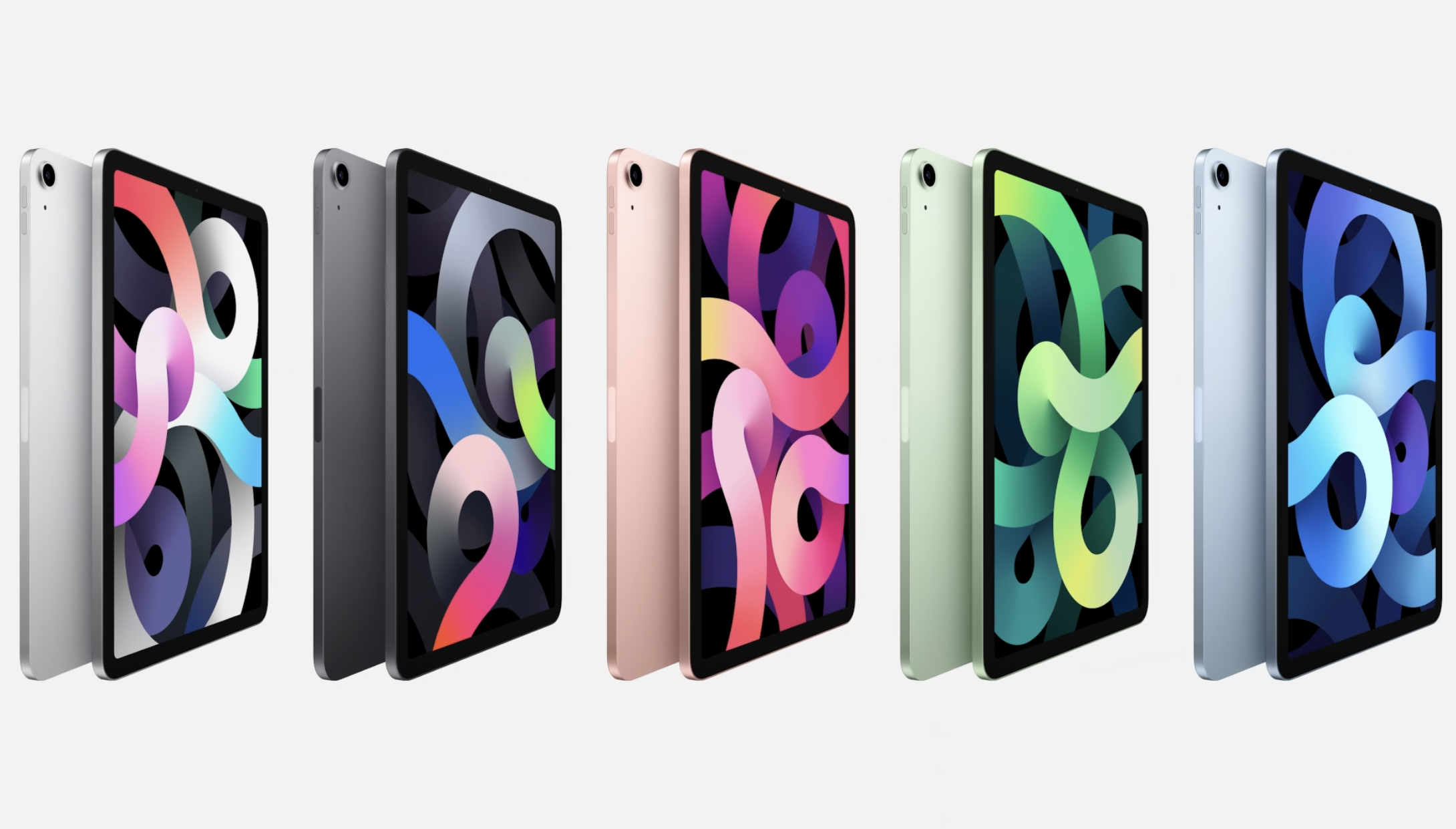 What Are the New Apple iPad Specs?

Finally, Apple focused on updating its iPad and iPad Air Tablets. The iPad (8th Generation) has been updated with an A12 Bionic processor, which makes it 40% faster than the model it replaces. The processor also doubles the tablet’s graphics performance over the 7th Generation model. The A12 Bionic also brings Apple’s neural engine — a chip used to enable features like hand writing detection in Apple Notes — to the standard iPad for the first time.

The iPad Air, Apple’s mid-range tablet, received a much bigger update. Pictured above, the tablet has an all-new design, inheriting the flat-bottomed slate shape of the iPad Pro. It has Apple’s A14 Bionic chip, which Apple ways is 40% faster than the processor found in the previous generation iPad Air. The A14 Bionic improves graphics performance by 30%, and has a faster neural engine for advanced computing tasks.

Beyond the new look, the biggest difference to this version of the iPad Air is its larger, 10.9-inch screen, which has a resolution of 2360 x 1640. The screen is .4 inches larger than the previous generation, which creates more space for apps. Apple also upgraded both of the iPad Air’s cameras.

Its rear-facing camera has been upgraded a 12MP (megapixel) lens that can shoot 4K video at 60 frames per second, and has better image stabilization, which means it compensates for movement to make sure you get a clear shot. Its front-facing 7MP camera has been upgraded to handle low light better, which will be an improvement when you video conference from a darker room.

This new iPad Air also features a USB-C port, which replaces the Lightning port found on the iPhone, and all non-Pro iPads up to this point. The move to USB-C makes it easier to connect accessories, or even other gadgets like cameras, to the tablet. The new iPad Air comes in five colors, and will be available this Fall with a starting price of $599.

These announcements cover two of Apple’s major product categories, but we expect another event detailing the new iPhone and Mac computers will happen before the end of the year.