Originally released in 1992, Diana: Her True Story – in Her Own Words is back in the Top Ten on Amazon’s top British books chart, where it has slowly climbed since Harry brought up his late mother during the revealing interview with Oprah. Asked why he was so concerned about the relentless press attention on his wife, Markle, Harry said he was “worried about history repeating itself,” seemingly referencing his mother’s 1997 death in a car crash that many believe was caused by the paparazzi.

'Were You Silent or Silenced?' The 5 Biggest Reveals from Harry and Meghan's Oprah Interview

Diana’s name came up again after Harry revealed that he had essentially been “cut off” financially by his father, and was supporting his family with money that had been left to him by his late mother in a trust. It’s also the reason, Harry and Meghan explain, why they have sought out deals with companies like Spotify and Netflix, to not only be able to pay for their new house in California, but also to hire security for their son Archie.

They’re surviving off of the money Diana left for Harry, “I think she saw it coming.” WHEW. #HarryandMeghanonOprah

Many users also took to social media after the Oprah interview, to note the similarities between Markle’s situation, and that of Diana’s. Both women were subjected to unrelenting coverage in the the UK press, and both seemed to struggle with the strict expectations that had been placed upon them not only from Buckingham Palace, but from the public at large. Diana also opened up about the mental health struggles she faced as a result of pressures from the palace, something Markle spoke candidly about to Oprah as well.

Whenever I see the Meghan Markle criticism still at an all time high, I can’t help but think of this clip from Princess Diana’s 1995 interview pic.twitter.com/Xpj6DSSAa4

Much of these issues were revealed in Diana’s biography, written by journalist Andrew Morton and released in 1992. Though it was never billed as an “official” biography (and its claims contested by the palace), the book was written with Diana’s cooperation, and Morton has said that he spoke to the princess on multiple occasions. In the book’s forward, he even mentions sending Diana a copy of the book’s manuscript.

It’s through these interactions with Diana, Morton says, that she revealed to him her true feelings about the monarchy, speaking openly about her unhappy marriage to Prince Charles, the lack of support she received from the Queen, and the struggles she felt with maintaining a happy image, while she was falling apart on the inside. It almost came to head when Diana attempted suicide, the book reveals — something Markle admits she contemplated as well. 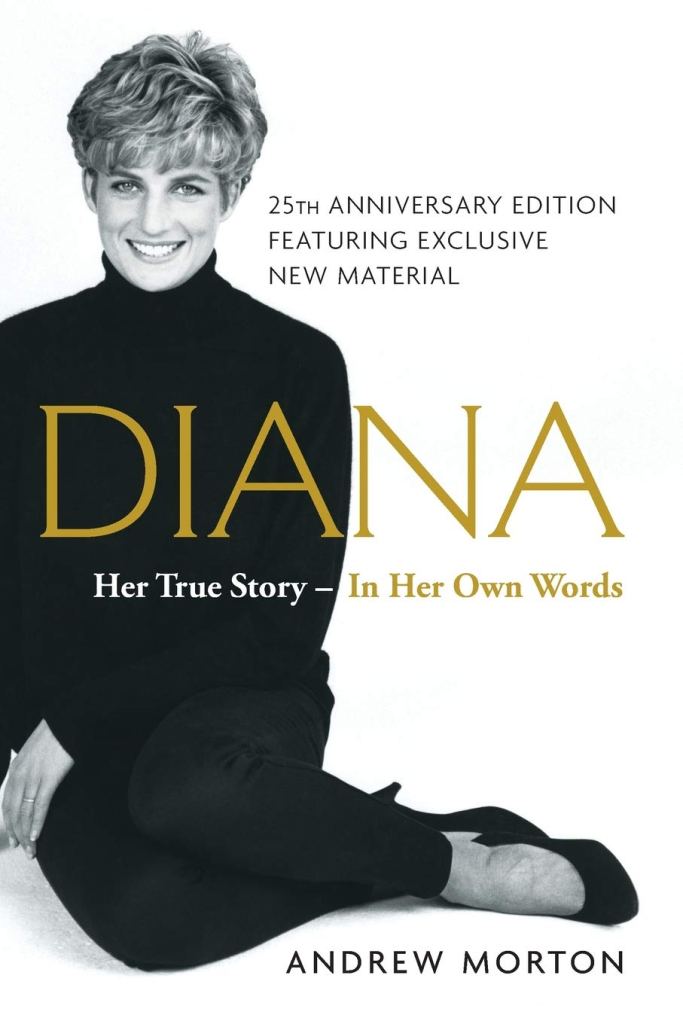 The biography immediately topped the bestsellers list when it was released in 1992, and again, when a 25th anniversary edition was released in 2017. The overwhelming response to Oprah’s interview with Prince Harry and Meghan this week has once again renewed interest in the book, helping it surge up the sales charts once again.

Those looking to compare Markle’s plight with Diana’s will surely find some common ground in the book, though it’s also a good read for a generation of youngsters are just discovering Diana for the first time, or for longtime royal watchers who want to get re-acquainted with the “People’s Princess.”

“Many of those who knew the real Diana truly believed that life couldn’t get any worse for her, arguing that anything was better than her current situation,” Morton writes in the book. “Yet one of the heartening aspects of the story was how Diana was striving, with mixed success, to come to terms with her life, transforming from a victim to a woman in control of her destiny. It was a process which the Princess continued until the very end.”

Purchase Diana: Her True Story – in Her Own Words on paperback or Kindle on Amazon. You can also listen to the book for free with a 30-day trial to Audible here.

Related: The 5 Biggest Reveals from Harry and Meghan’s Oprah Interview