In July, Goldenvoice revealed on social media platforms that a diverse group of employees had formed an entity called GV Black to increase black representation at the concert company and its biggest music festival, Coachella. On Tuesday morning, the company announced the group’s first list of initiatives in a memo, with a representative describing the ideas as “a starting point” that’s “not meant to be static but to expand and evolve to best suit our community.”

The memo — presented, in full, below — is separated into four categories surrounding the amplification of voices, community care, economic opportunity, and staff culture.

As part of GV Black’s mission to amplify voices, for example, Goldenvoice is partnering with black fashion designers to create purposeful Coachella merch. Streetwear designer and South Central L.A. resident Kacey Lynch, aka Bricks & Wood, came up with a long-sleeve that depicts the festival as “a celebration of black music and togetherness.” Bricks & Wood decided to send proceeds from the sales to Dreamhaus, a L.A.-based art nonprofit organization founded by fellow South Central natives Nikko & Mike.

The Biggest Label in the World Invests in Cartoon Creatures, Soccer Balls, and Sweat

More Songs Are Going Platinum Than Ever Before

Other merch designers include Nicholas Mayfield and Supervsn, who’ve aligned with nonprofits Black Design Collective and Living Through Giving, respectively.

The memo also suggests empowering the LGBTQ+ BIPOC community “through a queer and trans mentor-led experience.” This opportunity would occur on the grounds during Coachella and include a “discussion of issues that affect the community and lead to actionable dialogue and change beyond the festival.”

GV BLACK’S INITATIVES
Amplifying Voices
Share our platform with black creatives to support their brands and black nonprofit organizations of their choosing as part of a specialty merchandise collaboration. Continue this dynamic partnership within the entire festival merchandising ecosystem from design, to strategy, to final product.

Encourage fans to get ready to vote with Headcount by checking registration, registering and reviewing resources to inform ballot decisions. Educate about voter suppression and empower individuals to take action in their local community and national elections. 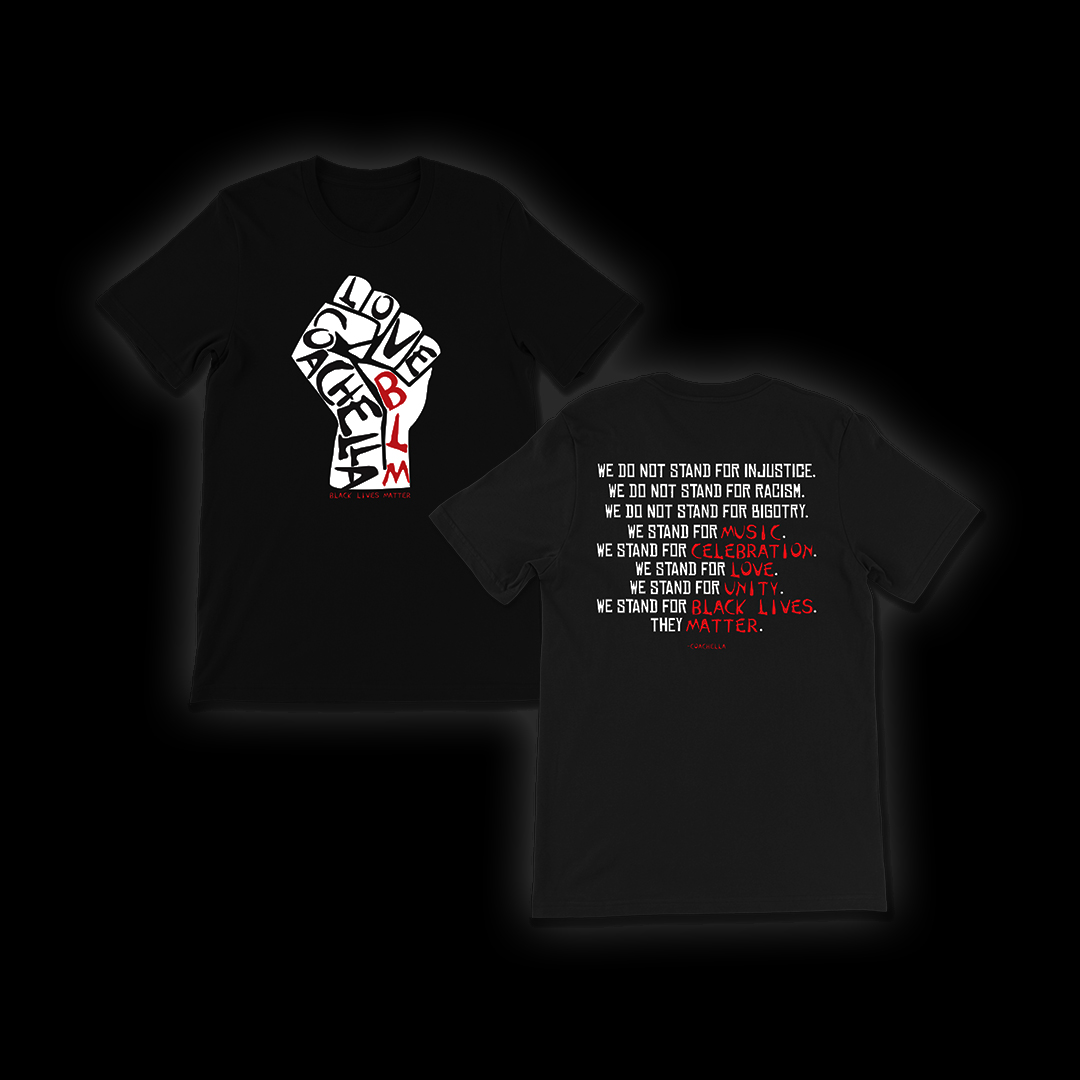 Community Care
Deepen our work across the intersections of race, gender and mental health as they connect to our existing — transformative justice inspired — harassment prevention program, every one.

Celebrate and empower the LGBTQ+ Black, Indigenous, and People of Color (BIPOC) community through a Queer/Trans mentor-led festival experience meant to support discussion of issues that affect the community and lead to actionable dialogue and change beyond the festival – curated by Juice x Navi, Queer +

Further our festival’s inclusivity and accessibility efforts, including employment initiatives in support of BIPOC people with disabilities, via an inaugural program that will host and honor guests within the community, with a focus on forwarding issues facing this group — led by Sabeerah Najee in partnership with Accessible Festivals.

Economic Opportunity
Establish sustainable and measurable hiring and contracting procedures in efforts to grow and develop current and future BIPOC-owned businesses, as part of our vendor procurement strategy — creating a more diverse and well-rounded production workforce at our festivals.

Engage in comprehensive and ongoing BIPOC-owned training and consultation that upholds racial justice values. Continue to develop as a zero-tolerance, anti-racist workplace and festival site that provides safety, support, and equitable opportunity for BIPOC colleagues and our entire community, old and new.