Spotify doesn’t have a feature allowing you to see into the back-end of music – the thorny tangle of copyright, licensing, distribution and royalty rules that governs how artists get paid – whenever you stream a song. If it did, few people would understand it anyway.

Money in the music business moves through not one central system, but a spotty patchwork of laws. The sheer complexity of payment collection, which involves dozens of parties exchanging details for even the shortest recorded track, means dollars sometimes never get to where they’re supposed to go. This summer, though, Congress is weighing the Music Modernization Act, a piece of legislation that has garnered overwhelming support for its potential to update rules that haven’t been refreshed, or even considered for change, in decades. As several industry veterans have said, the moment is nothing short of historic. We’ve broken down what the act does, doesn’t do and who stands to benefit should it get passed.

What does the MMA do?

The MMA (no relation to the combat sport) has many jargon-riddled components that all go toward accomplishing one broader goal: bringing music licensing up to speed in the digital, and particularly digital streaming, age.

Under the bill – which was passed unanimously by the House of Representatives on April 25th, given a Senate judiciary committee hearing on Tuesday and will soon be up for a full vote – digital services like Apple Music and Spotify would essentially come together with publishers and songwriters to manage licenses through a streamlined process and a single licensing agency. Other provisions bundled into it include rules that bring artists from pre-1972 recordings into federal copyright protection, award new rights to music producers and mixers and standardize the way payment rates are determined between distribution services and rights-holders.

“The MMA gives a digital service like Spotify or Amazon a more convenient way of licensing songs,” says one music executive

“The MMA gives a digital service like Spotify or Amazon a more convenient way of licensing songs,” Dae Bogan, founder of music management platform TuneRegistry and a longtime music rights advocate and executive, explains. “And it opens a potential windfall of income to legacy artists who were left out of the digital boom.” But Bogan adds that the legislation doesn’t come close to fixing all, or even most, of the problems in music royalties for labels, publishers and musicians; the simplified processes just make it more likely they’ll get the money they’re due.

Musicians across all genres have voiced support for the MMA’s passage; several songwriters are even gathering in Washington, D.C. this week to perform in front of the Library of Congress and meet with senators to express their enthusiasm. “It’s a livelihood thing – it’s not just about music, it’s about lives,” music legend Smokey Robinson told the judiciary committee at Tuesday’s hearing. He was particularly keen about the bill’s establishment of a right to collect music royalties on songs recorded before 1972, saying: “For so many, especially at this point in their careers, this is how they make ends meet. It’s how they pay their mortgage and their medical bills. It’s how they feed their families.”

What does the music industry have to say?

On the whole, positive things. Though the MMA only updates a specific set of music rules, it’s the first time in decades that the government has gotten involved in music at all. Here’s a sampling of the statements that key figures in the music business have given:

Elizabeth Matthews, CEO of performance-rights organization ASCAP: “This legislation is critical to ensuring songwriters have a pathway to fair compensation so they can sustain their livelihoods and create the next great songs.”

Neil Portnow, president of the Recording Academy: “Music creators compose the soundtrack to our lives. These creators deserve to be paid a fair wage for their work. The passage of the Music Modernization Act in the House of Representatives is a historic step forward for all music creators, ensuring that they are credited, paid, and shown the respect they deserve for the impact they have on our culture and daily life. We are honored that GRAMMYs on the Hill helped to pave the way for these long overdue updates.”

SiriusXM and background music company Music Choice are the two main groups opposing the bill – with the former protesting its perspective as a broadcaster being “excluded from discussions” and the latter worrying about business being stifled for smaller music service firms – but the majority of others are calling it a much-needed update to “convoluted” and “out-of-date” licensing laws.

Why is Congress stepping in – and why now?

Orrin Hatch, a senator who was vital in pushing the bill into the Senate, is himself a composer and ASCAP member. Hatch and his House of Representatives counterpart Bob Goodlatte are both retiring this year, so the MMA is their tag-teamed effort to effect significant change in the industry before they go. But the music business has been pressing for these laws, among others, to be updated for at least a decade. It’s taken so long for a viable bill with bipartisan support to occur due to the sheer number of players – from labels and songwriters to royalty collection agencies to distribution services – involved. 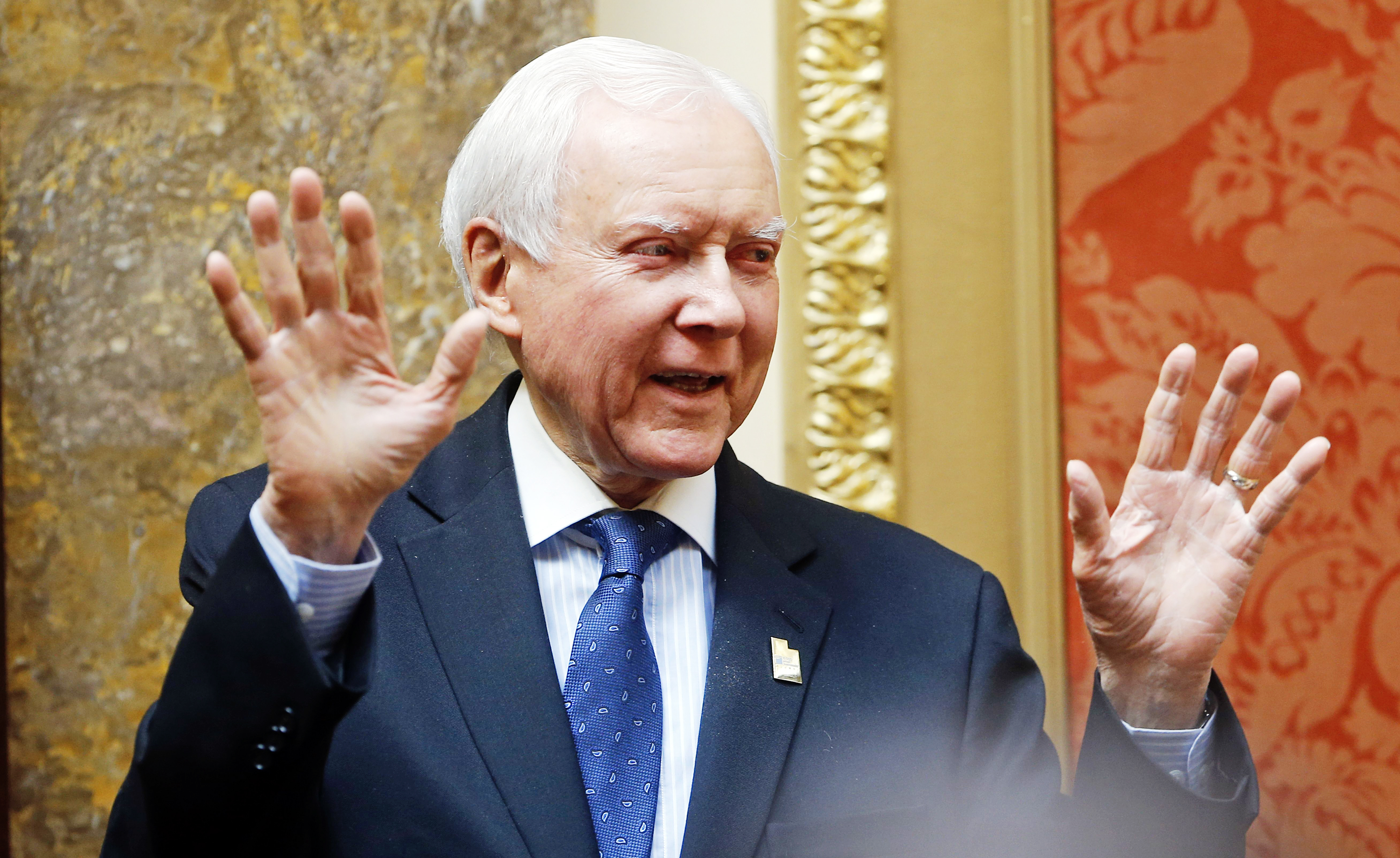 What doesn’t the MMA do?

Fix everything else. The legislation, when it comes down to it, is a result of various music organizations and technology companies lobbying Congress for the deals that most benefit them, meaning that smaller players are still left out of the conversation. “There have been initiatives and advocates to different parts of the law for years now, trying to introduce and pass new legislation,” Bogan says. “The problem is the voice that was left out of those discussions: D.I.Y. musicians. Musicians who own their own rights and don’t have the resources to police ineffective or inefficient licensing practices.”

And the bill also doesn’t do anything to address shoddy licensing practices themselves, including instances when a company just doesn’t get the proper rights before putting music into its product.

“The old adage of ‘infringe, get big, ask for forgiveness’ is a disastrous place to be, and other companies think they’re doing it right but they’re not experts,” says Jeff Yasuda, an industry veteran who currently heads up Feed.fm, a firm that helps coordinate music licensing for brands like Coca-Cola and Shazam. Yasuda adds that he’s seen groups trying to get the government to pass some version of copyright and royalty reform to create a better system since he joined the business in the 2000s, with the number of opinions on the matter always growing further diverse and complicated, not less.

Yet the MMA, which is barreling through Congress at unexpectedly rapid speed, is potentially the first step in broader, industry-wide change. If it clears the Senate quickly, it could land on President Trump’s desk for signing before the middle of summer.

“The ordinary music fan will never read this thing,” Yasuda says. “The MMA gets to some very technical and specific issues, concepts like the fact that there’s a rotating series of judges for the performance rights organizations to talk to – things that no fan needs to know. But what’s important for fans to have is an appreciation that artists need to be fairly compensated. It is really hard, for artists to make a living.”