For years, the idea of bomb-sniffing dogs has been pretty straightforward: A trained canine walks up and down rows of people, sniffing every person in a crowd to suss out any bomb-making material or explosive devices. But the floppy-eared Labradors posted at recent Metallica, Pearl Jam, Taylor Swift and Bon Jovi concerts have been trained to do something different. They don’t sniff people; they sniff the air.

These “vapor wake” canines, developed by Auburn University after Richard Reid tried to smuggle a bomb onto a plane in his shoe in 2001, track “thermal plumes left behind in a person’s wake,” says Paul Hammond, president of Anniston, Alabama training program VWK9 LLC. When people move, they emit rising warm air that trails behind them. Under the right conditions, specially trained dogs can sniff this body heat for particles and theoretically detect a suicide bomber within a stadium of 50,000 people.

After a suicide bomber killed 22 people at an Ariana Grande show in May at Manchester Arena, top security advisors in the concert business have pushed for more intense technology to keep fans safe. Prevent Advisors, a group of former major metropolitan police commissioners and military officials, sponsored a demonstration of the dogs and other new security technology, from police body cameras to anti-drone scrambling devices, last month at the VenuesNow forum in Los Angeles. Prevent is part of the Oak View Group, run by Eagles manager Irving Azoff and veteran promoter Tim Leiweke, that works with some 30 top arenas and stadiums, including New York’s Madison Square Garden.

Leiweke, a former AEG Live chief executive, says the specially trained dogs might have detected bombs at recent tragedies such as Manchester Arena and the Boston Marathon in 2013. “I go back and say, ‘Would that have happened if there were vapor wake dogs there?’ And every time, the answer is, ‘Probably not,'” he says. “What fascinates me is how good they are, how comprehensive they are and how deadly focused that nose is.”

Adds Paul Korzilius, a longtime Bon Jovi manager who is now a senior vice president for Arena Alliance, which works closely with Prevent Advisors: “It’s on patrons’ minds now. We used to keep all this stuff really hush-hush-super-secret. Now we’re encouraging our venues to communicate to the public: ‘This is a safe space.'”

“What fascinates me is how good they are, how comprehensive they are and how deadly focused that nose is.”

Auburn’s 18-month vapor wake program has trained some 100 dogs, and they’ve worked St. Louis Cardinals games, the Los Angeles Metropolitan Airport and Amtrak stations before moving onto concerts in San Francisco, Lexington, Kentucky and elsewhere. The dogs haven’t caught any bombers, but they’ve identified legal handguns at a Donald Trump rally and honed in on a man carrying nitroglycerin pills for a heart condition. Those were mistakes, but, to advocates, they illustrate the dogs’ tracking precision.

Those who’ve worked extensively with the dogs say they have to be positioned properly in a venue to be the most efficient. “It’s not an exact science,” says Tom Deluccia, an officer and dog trainer for the LAPD bomb squad. “If you’re in constant motion with the dog, and you’re constantly screening, scanning, searching people, you do have a high likelihood of detecting people — but that would require all the stars aligning.” 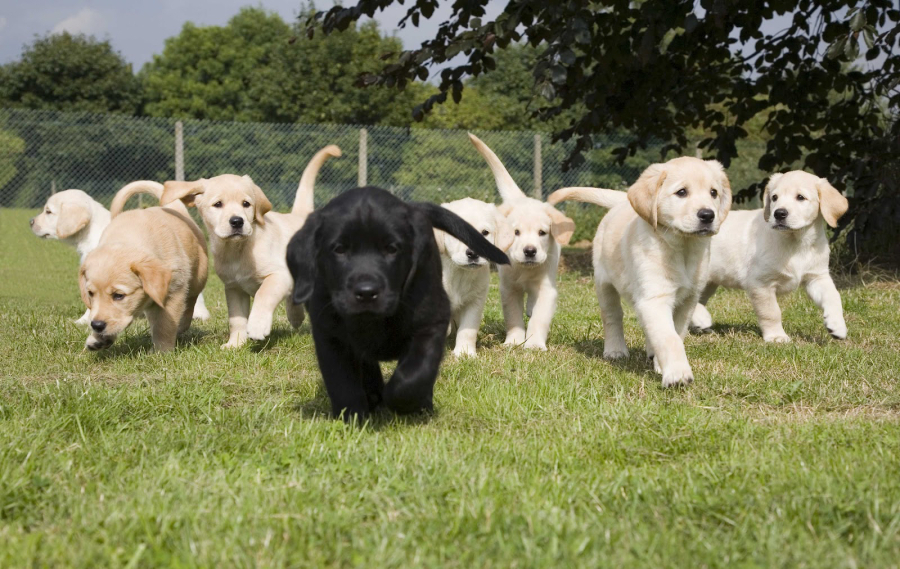 For this reason, some in the concert business are reluctant to go all in. Steve Kirsner, vice president of booking and events for the SAP Center in San Jose, says the arena has employed standard bomb-sniffing dogs but doesn’t plan to expand to vapor wake “until it develops a little further and we can prove that we have a need for it.”

Steve Adelman, an attorney and vice president of the Event Safety Alliance, is skeptical of what he calls new-tech “shiny objects,” arguing managers, promoters and venues should focus on crowd-management basics, like ensuring fans don’t riot when stars abruptly cancel shows for health reasons. “That stuff isn’t really as sexy,” he says.

“We run around like crazy people saying, ‘Oh my God, I wasn’t doing bag-check before, but now I need magnetometers tied in with facial recognition tied into a closed-circuit TV system!'” Adelman adds.

Leiweke acknowledges the dogs are expensive — each dog costs $50,000 per year but can be bought with bulk discounts or leased — but he believes insurance companies will lower coverage costs for large events when the dogs are present. Ideally, four would cover a standard arena, and perhaps more for a larger one such as Madison Square Garden. “If you want to do it right, that’s not an inconsequential commitment,” he says.

Vapor wake dogs have another key advantage for promoters and fans: Because they’re focused on what’s in the air, they don’t have to inspect every fan waiting in line for a concert. “In many cases,” Hammond says, “[fans] have no idea they’ve just been searched.”