Spotify’s Genius-powered “Behind the Lyrics” integration, which flashes lyric snippets and behind-the-scenes tidbits during users’ listening experience, has become one of the music-streaming service’s most viral, beloved features. Not to be outdone, rival service Apple Music is now also partnering with Genius — and in classic one-up fashion for the company, it’s gone for bigger scale.

Beginning Thursday, Apple Music will be the official streaming platform on the Genius website, allowing subscribers who visit the site on either desktop or mobile to play any song in full directly from the song page. In addition, Genius will also provide lyrics to “thousands of hit songs” on Apple Music, though it will not display track-related trivia alongside them as it does in the Spotify integration. “We’ve been talking to Apple for a long time — we’ve been a fan of their product for a long time,” Ben Gross, Genius’s chief strategy officer, tells Rolling Stone. “The product integration was an ongoing conversation. We’d worked with Apple before. We wanted to do something bigger.” 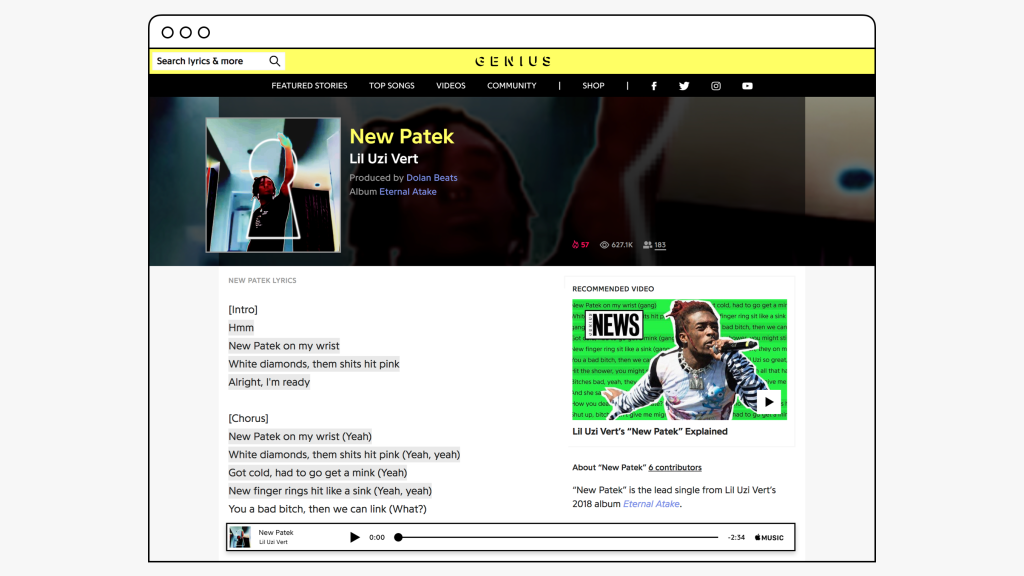 Gross adds that the two services worked together to design the new features. “We’re by far the biggest web platform that has lyrics pages for every specific song, and that’s a dream audience for a streaming service,” he says. “It’s a super valuable audience, and all the major streaming services have been interested in doing something with us.”

Apple Music recently finalized its year-in-the-making purchase of music-identification company Shazam, after the deal passed a European Union investigation, and added lyrics to a small portion of its catalog in iOS 12. By the latest count, the service has a U.S. user base the same size as Spotify’s — though the former still lags behind the Swedish company in global user numbers — and the two closely competing services together account for 80 percent of the U.S. streaming market.