At the virtual Burning Man festival this year was an electronic artist named Xen — an emerging act who gave a trippy digital DJ set while dark, metallic tendrils surrounded the booth. The show wasn’t out of the norm for EDM. But Xen herself is — because she isn’t alive.

Xen is an animated character created by Spirit Bomb, a new “virtual artist label” born out of media production company Strangeloop Studios. Inspired in part by artists who use virtual personas like Hatsune Miku and the Gorillaz, and also by controversial new digital influencers like Lil Miquela, Spirit Bomb and Strangeloop’s leader Ian Simon decided to assemble an entire label to capitalize on the space.

“We’re banking on there being a lot of virtual characters out in the world in the next five to 10 years,” Simon, who set up Spirit Bomb alongside creative director and cofounder David Wexler, says. “We want to be ahead with the concept and push what we can do with it as a creative vehicle for music.”

The Coolest Countertop Ice Makers You Never Knew You Wanted

While Warner has not specified how it will involve Spirit Bomb with its own artists, Oana Ruxandra, Warner Music Group’s chief digital officer and EVP of business development, says it is very interested in Spirit Bomb’s potential for marketing and artist collaboration. “We’re constantly looking for innovative partners who can help our artists power their creative visions and engage with fans in new and interesting ways,” Ruxandra says. “Now more than ever, it’s important to multiply those connections.”

While the rival CGI artist Lil Miquela — who has 3 million Instagram followers and a host of lucrative marketing opportunities under her belt — presents an ultra-realistic image, Spirit Bomb’s designs feel more industrial. Xen has machine-like markings that run from her lips to near her eyes. She’s tamely designed compared to Spirit Bomb’s flashier characters like the purple-skinned Subi, or the ominous, alien-like Anti-Fragile, whose features resemble a deformed goat. Anti-Fragile will be the label’s first release.

Strangeloop, which has produced tour visuals for artists including The Weeknd, Kendrick Lamar, and SZA, plans to release Spirit Bomb’s first virtual record in the first quarter of 2021. 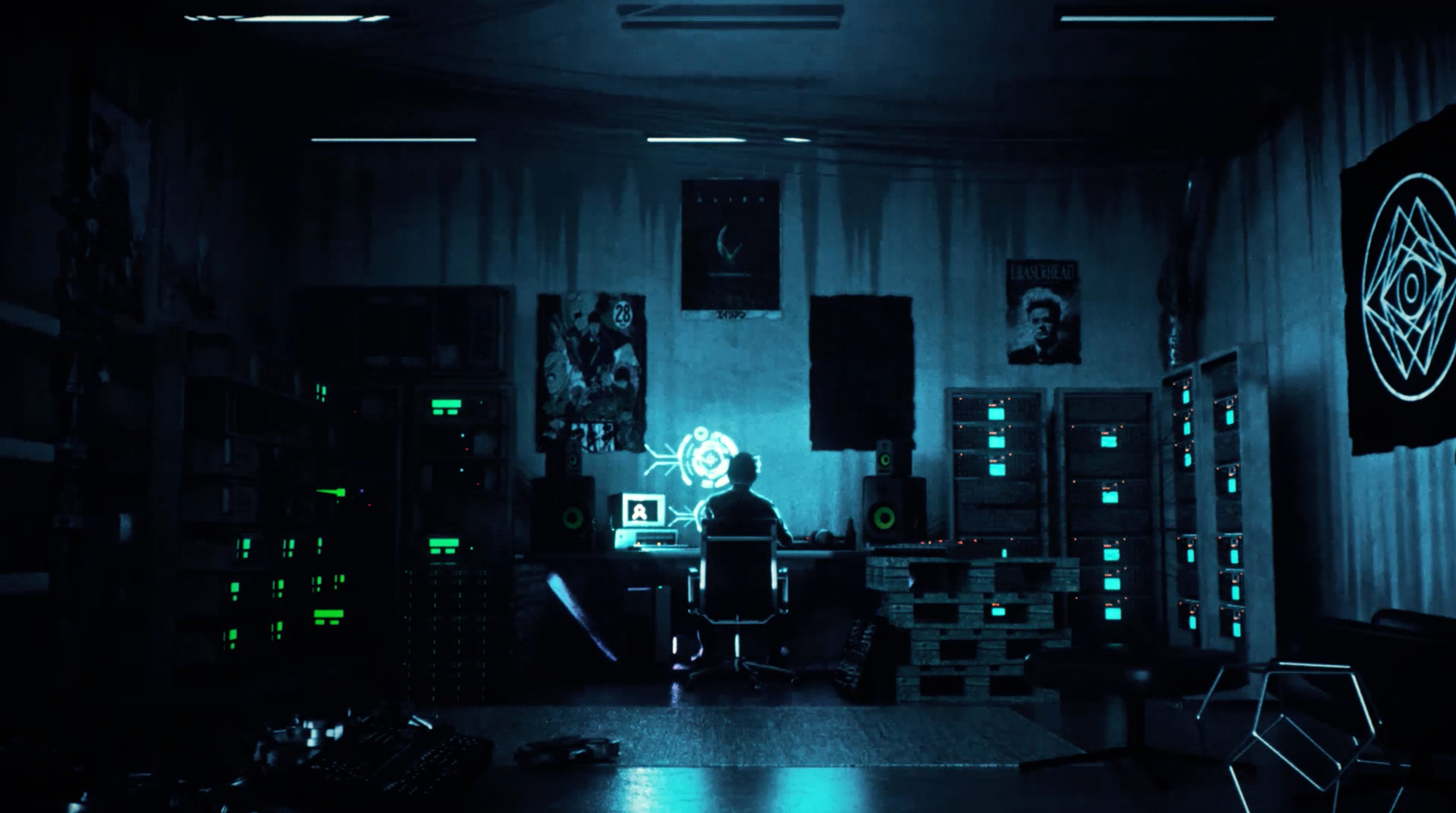 If executed properly, Spirit Bomb’s greatest value will come through intellectual property. As Simon says, while Spirit Bomb is a label whose most prominent product is music, internally, the company more closely resembles a multimedia motion picture studio. Each character represents countless pieces of content across any given medium, from music to movies to video games. And since they’re fully Spirit Bomb’s creations, the company can do as it pleases — without having to agree to complicated licensing contracts, the way a label would with a living artist.

“Our character can be on set, in the studio, and doing a Twitch stream at the same time. They’re all built into the digital world, inherently a piece of IP that can really easily be transposed into other forms of digital media.” — Spirit Bomb founder Ian Simon

“Our character can be on set, in the studio, and doing a Twitch stream at the same time,” Simon says. “They’re all built into the digital world, inherently a piece of IP that can really easily be transposed into other forms of digital media.”

Spirit Bomb is also pushing hard for artist collaborations. In Xen’s Burning Man set, she played a blend of tracks from artists signed to Flying Lotus’s label Brainfeeder and Zeds Dead label Deadbeats. Anti-Fragile’s music will involve work with a member of alternative rock group Trail of Dead. Each Spirit Bomb character will, in addition to releasing music, make appearances in livestreams and social media. The label will monitor fans’ responses to further develop its characters, as well.

Public skepticism may still be rampant around these sorts of digital avatars that seesaw the line between the real and the not — but Simon swears Spirit Bomb’s virtual artists come in peace. The label doesn’t want to replace real artists with abstractions, he says; rather, it wants to introduce new marketing opportunities for living artists. For songwriters and producers, virtual characters could be lucrative because they’d be able to get bigger revenue cuts without artist fees in the mix.

For artists who are sitting on music they aren’t sure what to do with, Simon hopes Spirit Bomb can be a new creative outlet — although, given that artists are in a way ghostwriting for the characters, such collaborations need to be more “egoless,” he says.

“Part of what scares people about AI or these characters is the sense that it’s taking over or replacing humans and somehow beyond our control, but with all of our characters, they’re creation of human artifice,” Simon says. “They’re really not different than a work of music or cinema in that it’s a bunch of humans coming together to create something that’s that’s bigger than any of them and that takes on a life of its own.”

He adds: “People are not going to care about virtual artists for the same reasons that they care about human artists. And we didn’t walk into this thinking that there would be anything that could take the place of your favorite flesh and blood human star.”