While Led Zeppelin fans were busy digging up their favorite old T-shirts and nostalgia-dusted tour photos in the months leading up to the band’s 50th anniversary this year, Tim Fraser-Harding’s team at Warner Music Group was drawing up a battle plan.

As Warner Music Group’s president of global catalog of recorded music, Fraser-Harding is in charge of all marketing strategies for the record company’s immense trove of non-contemporary songs — a collection that comprises some of the biggest hits of the last several decades, as well as all the duds, unreleased tracks and true obscurities. For Led Zeppelin’s golden anniversary, the team put together a “logo name generator” — which, true to its word, simply generates images with users’ names in the band’s signature outré font — and a “playlist generator” that lets people assemble their favorite Zeppelin tracks, or view songs chosen by artists such as Jack White and Royal Blood. Both of the simple digital novelties, meant as side dishes to accompany bigger anniversary celebrations like a 30-track best-of album, came with built-in features directing fans to share their personalized cover art and playlists on social media.

First-Ever Band-Sanctioned Led Zeppelin Doc in on the Way

Inside the 24/7 Influencer Competition for a Major Record Deal

The site received more than 200,000 unique visitors in its first 10 days, with users making 230,000 logos and 20,000 custom playlists. The “biggest uplift” was from White’s playlist, branded as “Led Zeppelin x Jack White,” which drew thousands of users each day — which translates to hundreds of thousands of streams, which translates to a steady stream of cash to Warner and Led Zeppelin without the band lifting a finger.

“There is a thirst for discovery on an artist celebrating its 50th anniversary,” Fraser-Harding tells Rolling Stone. “It’s about creating the right tools to educate and broaden the horizons for the potential consumer. We’ve got to think about the consumer and how they react. Sometimes, it’s a question of how we make something out of nothing.”

Catalog marketing in the old music industry meant predictability, sluggishness and modest profit. When CDs were king, labels’ catalog departments would release commemorative box sets or Greatest Hits compilations on major artists’ anniversaries — but the appetite for them among all but the most diehard fans was limited (as was the number of artists well-known enough to command interest in such new products). In the rapid-fire age of digital everything, with young listeners eager for discovery, the ground has shifted beneath record companies’ feet and catalog departments are being called upon to be hubs of innovation and fresh creativity. 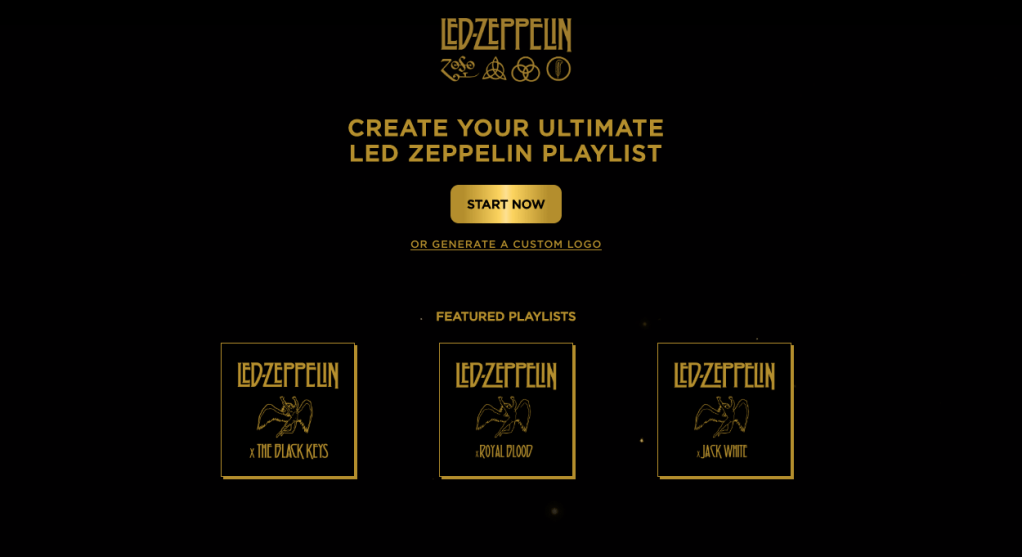 “Even one year ago, compared to now, it’s leaps and bounds,” Fraser-Harding, a 30-year industry veteran who started his career as an HMV store manager in the 80s, says. “It’s a really interesting time at the moment in catalog. When I look at my job, it’s a little like that old Jean-Claude Van Damme piece where he’s stuck between two trucks. You’re not in a position at the moment to be able to jump off one truck and onto the other. You’ve got to balance your heritage acts who have immense importance in physical with your much more modern acts who stream better.”

Monetizing a fusty back catalog is no longer a matter of releasing box sets to existing fans so much as it is curating an artist strategy — or in some cases, a track-by-track strategy — to hook in devotees and new listeners alike. Spotify and Apple Music have made that infinitely easier. While many modern artists complain of music-streaming services’ low royalty rates, record companies like to think of streaming as a source of long-tail, and possibly eternal, profit: A slow and steady trickle of money that builds up to a massive pile over time. That philosophy works particularly well for artists relegated to the catalog department, many of whom didn’t have an iconic career in the moment but either have a handful of long-lasting hits under their belt or suddenly are deemed full of new potential to reach young consumers, despite not having released music for years.

In the case of a renowned band like Led Zeppelin, the task was to create a simple but not-too-gimmicky-looking way to expand the audience. For more obscure acts, catalog departments are trying different strategies, including asking contemporary artists to publicly discuss their older sources of inspiration — which could yield a significant new wave of streams from curious teens. “Not everybody is getting out their phone to Shazam stuff all the time, so we’ve got to be able to find other ways to communicate about older music through marketing and fan engagement,” Fraser-Harding says.

“It’s a really interesting time at the moment in catalog … Sometimes, it’s a question of how we make something out of nothing.” — Tim Fraser-Harding, Warner president of global catalog of recorded music

But speaking of Shazam: Record companies are also increasingly vying for the “what-was-that-song?” market of people who hear something on a TV show and immediately want to listen to it again. “Music lovers and the industry pay a lot of attention to [our charts] because an artist’s Shazams represent the pure connection between the music and the fans, and what is happening in the zeitgeist of music in the very moment,” Jen Walsh, senior director of Shazam at Apple Music, tells Rolling Stone via email. In some cases, Walsh says, an older track being used in the right zeitgeist-hitting way can receive more attention than even a traditional track release: When a Game of Thrones episode featured Florence and the Machine’s “Jenny of Oldstones” over the credits, 300,000 people requested the song on Shazam within the first 24 hours.

The world of sync licensing — getting music into film, television and advertising — is newly cutthroat, with some labels actively pitching movie studios and producers on songs as a well-placed track can see its streaming profits soar astronomically overnight. “A sync can really stick in people’s minds. The power of music in certain scenes is really significant,” licensing-focused music lawyer Erin Jacobson tells Rolling Stone. “From a financial standpoint, it can be really important to get that renewed interest and revenue from music that people didn’t think was going to have any more activity or life.”

Listeners don’t care what year a song was released anymore; they only care if they like the sound. Shazam tells Rolling Stone that Lizzo’s 2017 “Truth Hurts” hit Number One on its charts after being featured in the music-heavy Netflix film Someone Great, while her current single “Juice” sat at Number 52. Tiffany’s 1987 cover of “I Think We’re Alone Now” has seen 42 percent of its all-time Shazams come after it appeared in Netflix’s 2019 series The Umbrella Academy, and several tracks from the 1940s to 1970s climbed up the company’s global charts after floating into people’s ears from the background of Avengers: Endgame.

Services like Apple Music, Amazon Music and Spotify are the most popular ways people listen to music, and their growth is still going. The streaming-led era poses the chance to “turn things literally on a dime,” Fraser-Harding says. Last year, one person on his team discovered the Spinners’ little-known 1976 track “Rubberband Man” used in Avengers: Infinity War on a Sunday night. By “lunchtime Monday,” Warner had queued up a special playlist, relationship with the film studio and an entire marketing strategy around the song.

A frenetic pace in cultural memory comes with one main downside. “Moments can last for a much shorter period than they would’ve done before,” says Fraser-Harding. “If you don’t react quickly, you’ve missed it and got to move on.”