Kaskade hasn’t been able to step onto a real stage in a year. But on Friday night (March 26th), the DJ will host a flashy, color-filled virtual rave that serves as Fortnite‘s first concert of 2021.

Kaskade’s show is by no means random: He’s been the poster boy for Psyonix and Epic Games’ popular car soccer game Rocket League for its music-themed second season that wraps up this week, and as part of that deal, he’d released a new EP tied to the game. “Rocket League had originally come to me and asked if I wanted to make music for the game, which was a fun and different challenge akin to the space I’m in, and my socials had been lit up from the very first day in tandem with the game,” Kaskade tells Rolling Stone. “When they’d later said we could do a concert too, it seemed natural, it totally made sense.”

Technologically, Kaskade’s concert will sit in a middle ground between the intensive, motion-captured Fortnite concert Travis Scott put on last April and the more casual streaming style that Anderson .Paak and Dominic Fike showcased in the game six months ago. It employs similar visual features to what J Balvin used in his Halloween Fortnite concert — so, rather than appearing as an animated cartoon avatar like Scott on Fortnite or Lil Nas X on Roblox, Kaskade will look real, but he’ll be surrounded by panels of high-tech LED walls that drop him into an ever-changing, neon Rocket League landscape.

Kaskade, Epic and Psyonix began planning the concert in January, and It took four days of filming, dozens of takes on his songs and nearly 50 staffers to get the show together. Like any other virtual concert experience that’s aired since the pandemic began, the biggest challenge was conveying — and amplifying — the energy of a real-life show through a screen. 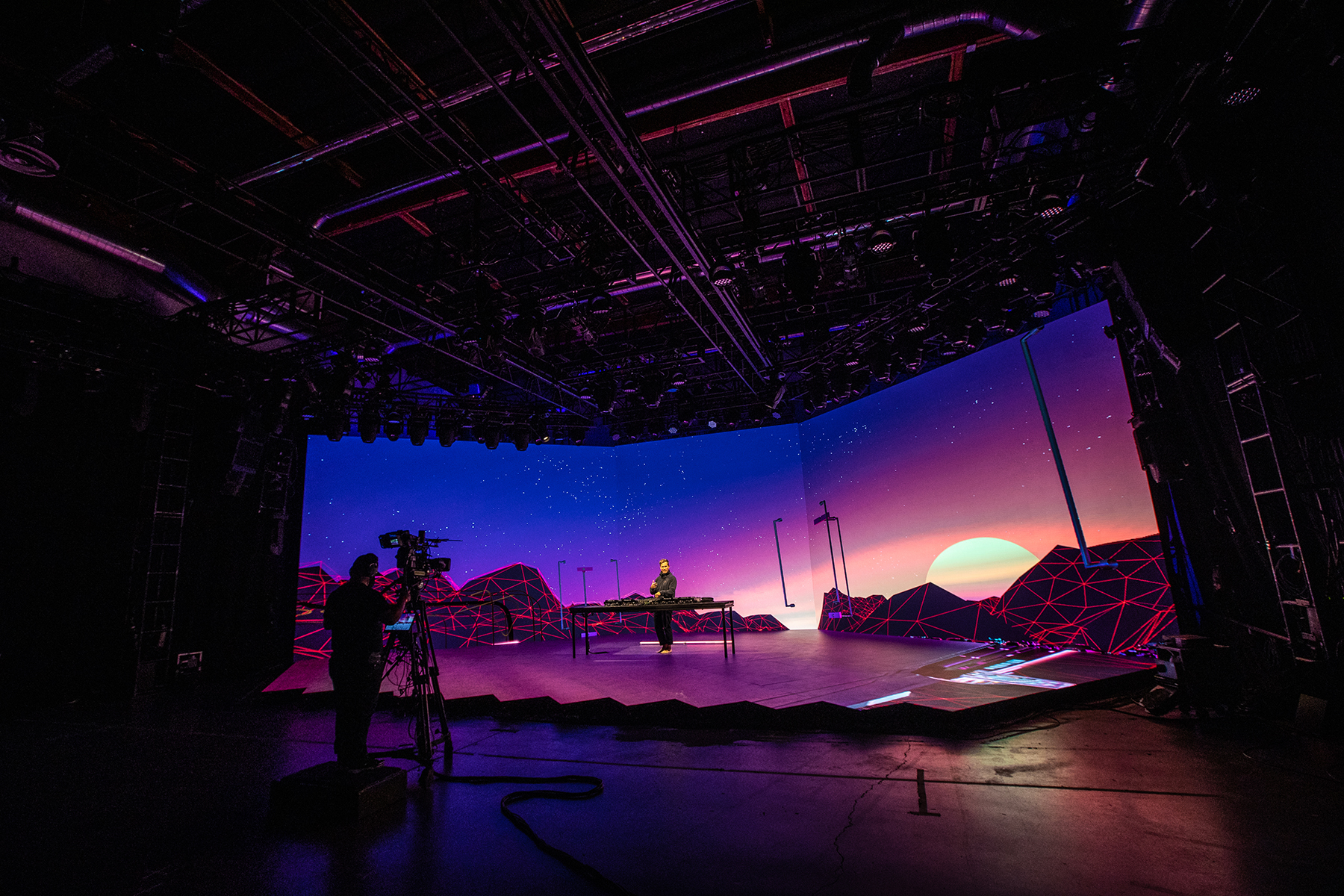 “When I’m standing up there at a festival or headlining some massive show, it’s very easy to have that visceral feeling when I’ve got fifty thousand fans singing the chorus, and I can cut the volume and that’s electrifying,” Kaskade says. “Making this show was drawing upon those moments in my mind to remember this is happening. There will be tens of thousands, if not millions of people watching and participating in this concert, it’s important that I feed into that and create that urgency and that electricity in my mind.”

The concert links together Epic’s gaming empire. Kaskade’s show is themed to the Rocket League universe, but players will view the concert from Fortnite‘s Party Royale mode or from Epic Games-owned video chat service Houseparty. Since its first show with Marshmello in 2019, Epic Games has increased its focus on musical experiences to morph its products from merely games into more bespoke, immersive experiences; during the tour-less 2020, Epic’s music might swelled.

Kaskade’s partnership is one of the most involved artist marketing campaigns that the game developer has ever done. The DJ released his EP Reset through Rocket League, debuting all four of the new tracks inside the game. Fortnite players could also claim “Flip Reset,” the initial single off the EP, as a track to be played in the game’s lobby, and they could hear some of the new music through Radio Yonder, Fortnite’s in-game radio station.

Reset’s songs also make up four of Kaskade’s 10 most streamed tracks on Spotify right now, according to Kaskade’s label Monstercat.

Monstercat’s own partnership with Rocket League developer Psyonix (owned by Epic Games since 2019) is years in the making. Since 2017, the indie label has debuted over 100 songs in Rocket League, giving players an extensive catalog of electronic music to listen to while they play. Kaskade’s “Flip Reset” and “Solid Ground” alongside fellow roster artist Slushii’s “All I Need” have garnered two billion plays in Rocket League since they were added to the game, says Monstercat, which shares Epic/Psyonix’s vision of games as song discovery hubs. 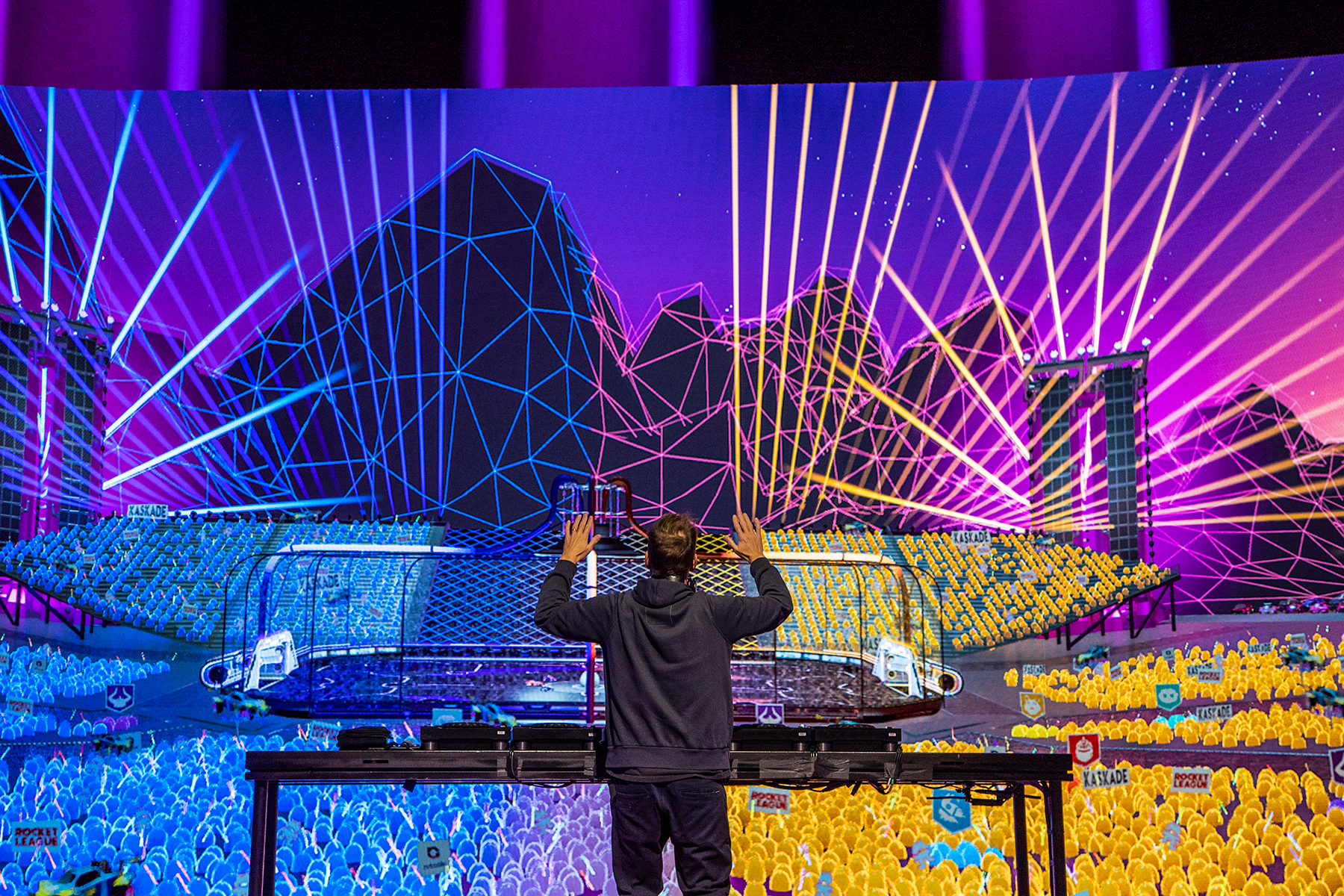 “It really started with building Rocket League as a pillar of music discovery,” Monstercat’s head of gaming Gavin Johnson says. “We’d worked with Rocket League closely on music, then within those four years with Psyonix getting acquired by Epic and starting to utilize more resources over there, we really wanted to build that into larger ways.”

Rocket League gets plenty of in-game music and unique experiences for fans, and Monstercat in turn gets a potent song discovery tool and makes a pipeline for fans. The label says the tracks it sends to Rocket League garner 700% more streams on Spotify than its other songs.

Monstercat CEO Mike Darlington insists that the partnership is “not a marketing avenue for us,” but rather “almost as much a part of our business as music is.”

“Growing up, Tony Hawk, GTA, those games — they wouldn’t be what they were if it wasn’t for the music component,” he says. “So it came so naturally for us… The concept of gaming within our brand has been synonymous. The same way gaming is a part of our lifeblood, electronic music is part of Psyonix’s culture.”

Darlington says the possibilities of marrying music and gaming are endless. Kaskade agrees.

“I grew up going to the arcade. They were insanely loud places rocking great music with the games,”  Kaskade says. “To me, this is the next step in the evolution of how people are discovering music. People hang out in games, that’s where they’re entertained, and music is a constant in that space as well. I’m all about embracing new ways to get people to hear my music, and gaming — that just makes tons of sense to me.”