Why We're Losing the Planned Parenthood Debate, and How We Can Win - Rolling Stone
×
×

On Monday, a procedural vote on a bill to defund Planned Parenthood’s non-abortion services failed to gather the votes required to move forward. The Republican-sponsored bill was a special blend of magical thinking and outright misogyny. Few observers expected it to pass – but its inevitable demise was exaggerated as a meaningful victory. Pro-choice leaders have been making this mistake for years, and it’s why our movement is losing.

The debate at hand is a specific push to defund Planned Parenthood’s non-abortion-related services, but it is at least as much one more move in a long game to make abortion illegal by demonizing abortions and dehumanizing the people who have them. S. 1881 surfaced only after an extremist group with ties to abortion clinic terrorism began to release edited and misleading sting videos that aim to paint abortion as disgusting and immoral, and edit women out of the discussion entirely. It is no mistake the bill changes the standard colloquialism for routine OB-GYN exams – well-woman visits – to “well-child care.” Meanwhile, the left has utterly failed to respond in an effective way to this latest attack on the dignity and humanity of women.

The Stealth War on Abortion

Abortion is basic health care. One in three women have abortions, and they are doing nothing wrong. Women are fully capable of making their own moral decisions, and suggestions to the contrary are just plain sexism. There is no hope for gender equality – social, political, legal, economic – until every person is free to have sex and have children on their own terms. This can’t be achieved through access to contraception or abstinence alone. Abortion must be accessible and affordable for women to have a fair shot, plain and simple. It is equally important to embrace a full reproductive justice agenda that affirms the right to abortion, the right to be pregnant and have quality health care to support positive birth outcomes, and the right to raise families in safe and healthy communities.

Is this what the left is saying in response? No. Instead, the leadership of the House Pro-Choice Caucus, including Rep. Diana DeGette (D-Colorado), issued a cautious statement after the Planned Parenthood sting videos. Others, like Sen. Al Franken (D-Minnesota), critiqued the lack of “sensitivity” of the abortion providers who were manipulated on tape. Hillary Clinton implicitly shamed the one in three women who have abortions with the claim that abortion should be “legal, safe, and rare.” Sen. Angus King (I-Maine) wrote abortion out of health care and women’s lives by saying that 97 percent of Planned Parenthood health centers’ services “have nothing to do with abortion, they have to do with women’s health.” Why are these legislators arguing defensively, instead of making a strong case for the right to reproductive health care? 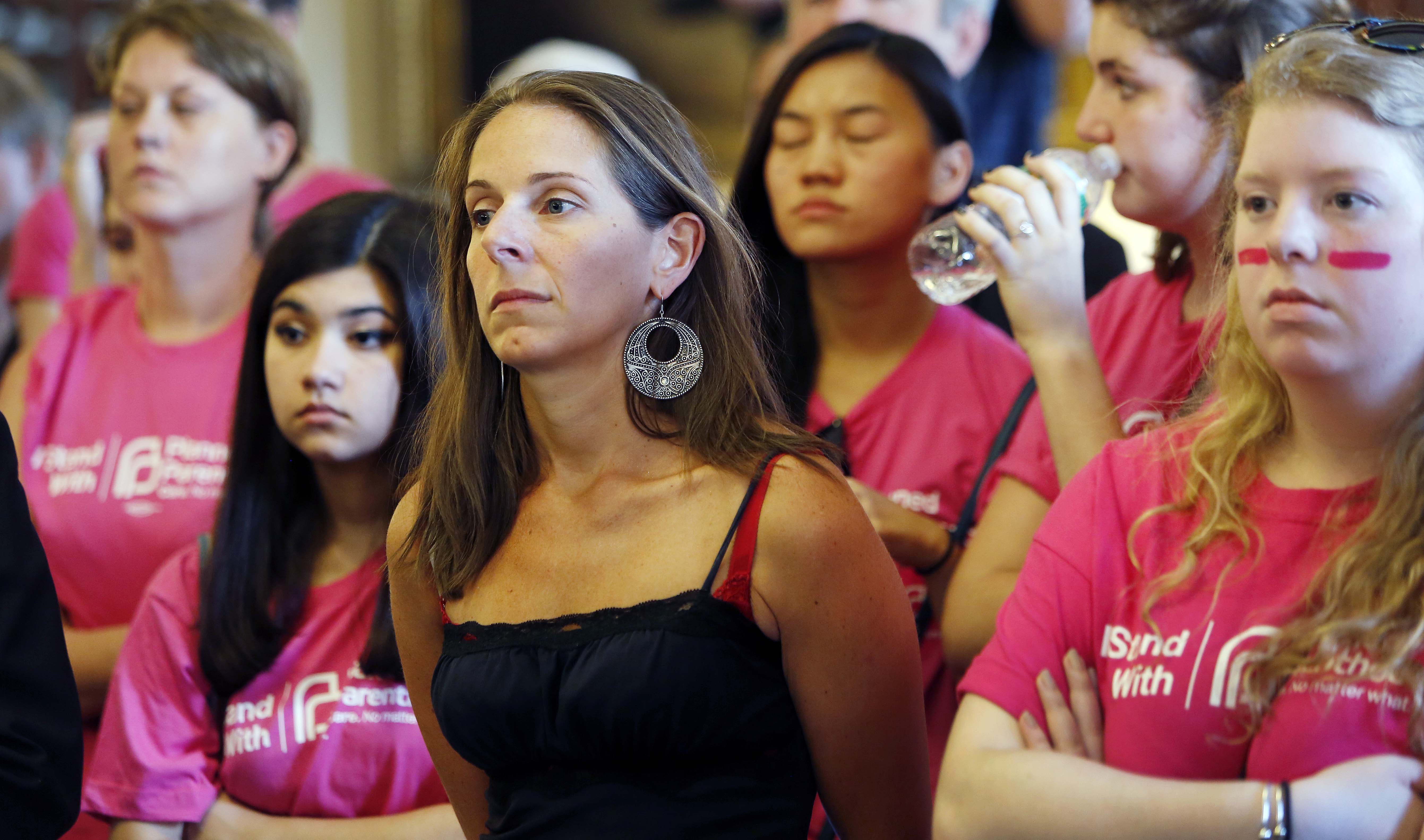 Advocates wasted time shoring up votes that never should have been in question. For example, calls to encourage Sen. Claire McCaskill (D-Missouri) to do her pro-choice duty appeared quite successful at first glance – McCaskill voted against the bill. But in a post-vote interview heavily seasoned with rhetoric about how “we all want to prevent abortions,” McCaskill appeared to support calls for an investigation into Planned Parenthood to “make sure they haven’t broken the law.” The only thing more disturbing than McCaskill’s lack of spine is pro-choice organizations asking her constituents to thank her for it.

Not only are these tactics shaming and insulting, they take up valuable air space that could have been used to denounce the opposition – which is full of people like Sen. Dan Coats (R-Indiana), who used this bill as an opportunity to make an offensive comparison of abortion to slavery.

Our movement is losing because we act like losers who are truly, deeply sorry. We apologize for abortion. We accept the opposition’s premise that the only way to fund other forms of health care is to defund abortion. We celebrate every time President Obama offers a new “compromise” on birth control; contrast this to leading LGBT movement funder Tim Sweeney, who has put out a goal to shut down the religious liberty debate in three years. We reinforce the lie that abortion, birth control and sexuality are matters of naughty behavior that can be corrected, and we fail to stand up for the dignity of women and all people. That’s not proactive. That’s a blushing and stammering apology.

The pro-choice movement has a chronic case of electionitis – it’s perpetually caught up in the election-cycle needs of the Democratic Party, whose leaders say all the right things about supporting abortion in the official platform and then proceed to run anti-choice candidates, tell us what to do, and shrug their shoulders and ban abortion funding nearly every chance they get. The LGBT movement has made tremendous strides not just because attitudes toward equality have changed, but because the posture of activists has changed: The grassroots has shifted from applause to accountability, and from elections to direct action. It is time for reproductive health, rights and justice activists to do the same. In this spirit, we are pleased to announce that later this month we will launch Reproaction, a new direct action group forming to increase access to abortion and advance reproductive justice. We’ll see you in the streets.