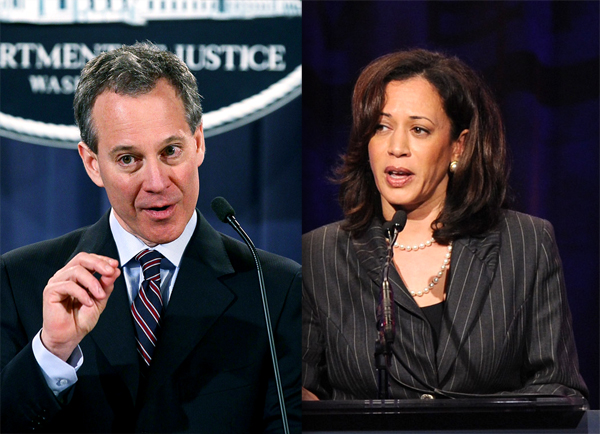 So the foreclosure settlement is through.

A few weeks back, I was optimistic about it – I had been worried that it was going to contain broad liability waivers for all sorts of activities, and I was pleasantly surprised when I heard that its scope had essentially been narrowed to robosigning offenses.

However, now that the settlement is finalized, and I’ve had time to think about it and talk to people who know far more than I do about this, I’m feeling pretty queasy.

It feels an awful lot like what happened here is the nation’s criminal justice honchos collectively realized that a thorough investigation of the problem would require resources they simply do not have, or are reluctant to deploy, and decided to accept a superficially face-saving peace offer rather than fight it out.

So they settled the case in a way that reads in headlines like it’s a bite out of the banks, but in fact is barely even that. There will be little in the way of real compensation for stuggling homeowners, and there are serious issues in the area of the deal’s enforceability. In fact, about the only part of the deal we can be absolutely sure will be honored in full is the liability waiver for the robosigning offenses.

With the rest of it — collecting on the settlement, enforcement of the decrees, all the stuff put in there to balance the deal in the consumer’s direction — there will be an uphill battle from this point forward to get the banks to comply. The banks meanwhile have no such uphill battle. They will get the full benefit of the deal (a release from costly litigation) from the moment the ink is dry.

Really this looks like America’s public prosecutors just wilted before the prospect of a long, drawn-out conflict with an army of highly-paid, determined white-shoe banker lawyers. The message this sends is that if you commit crimes on a large enough scale, and have enough high-priced legal talent sitting at the negotiating table after you get caught, the government will ultimately back down, conceding the inferiority of its resources.

12. We’ll now have to listen to banks and their sycophant defenders declaring victory despite being wrong on the law and the facts. They will proceed to marginalize and write off criticisms of the servicing practices that hurt homeowners and investors and are devastating communities. But the problems will fester and the housing market will continue to suffer. Investors in mortgage-backed securities, who know that services have been screwing them for years, will be hung out to dry and will likely never return to a private MBS market, since the problems won’t ever be fixed. This settlement has not only revealed the residential mortgage market to be too big to fail, but puts it on long term, perhaps permanent, government life support.

My mistake in looking at this deal a few weeks ago, when details of it first leaked out, was in focusing on how much worse it could have been, instead of thinking about how bad it still is. The only acceptable foreclosure deal had to bring about a complete end to robosigning and the other similar corrupt practices that grew up around it (like for instance gutter service, the practice of process servers simply signing affidavits saying they delivered summonses, instead of really doing it).

But this deal not only doesn’t end robosigning, it officially makes getting caught for it inexpensive. Shame on me for ever thinking that might be a good thing.