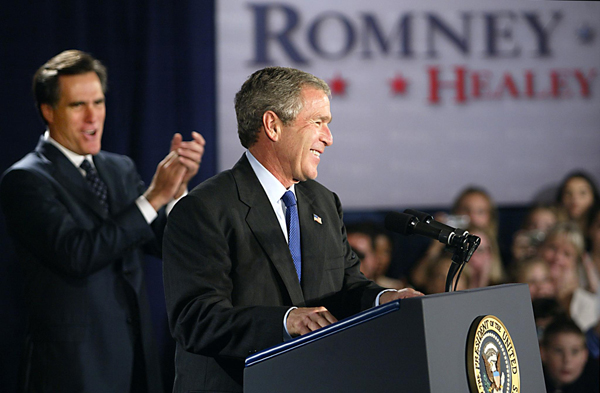 After his disastrous two-term presidency, George W. Bush is the Republican-whose-name-must-not-be-spoken by the candidates on the 2012 GOP primary trail.

But back in 2002, Bush was a valuable campaign asset. And his backing helped Mitt Romney rise to become governor of the state of Massachusetts.

Watch the RollingStone.com exclusive clip below, which contains audio from a $1 million Romney fundraiser Boston's Seaport Hotel in October 2002. You'll hear Romney exclaim: "We the people are proud to have this man as the president of the United States." And you'll hear Bush celebrate Romney (in his inimitable verbiage) as a man who "started-ed his own businesses."