Trump's Tax on Solar Power: Here's What You Need to Know - Rolling Stone
×
×

President Donald Trump has imposed a 30 percent tax on imported solar panels, a move that’s expected to pull the plug on tens of thousands of American jobs, while slowing the rush to renewable energy and rewarding fossil-fuel producers. Here’s what you need to know:

America First?
The solar tax announcement came down Monday from the Office of the U.S. Trade Representative – during the government shutdown – followed by a quiet White House signing ceremony Tuesday. Solar manufacturers in the U.S. had been “decimated” by unfair trade, Trump said, arguing the new tax means “those companies will be coming back strong.”

The lack of fanfare was from the White House was curious. Taxing solar imports is one of the first concrete implementations of Trump’s “America First” trade agenda. And Trump himself had been badgering senior staff to, “Bring me some tariffs!“

Bill McKibben: Winning Slowly Is the Same as Losing

But taxing solar panel imports is not a clear political victory for the president – underscoring the reality that U.S. trade policy is far more complex than Trump’s bumper-sticker sloganeering. “It boggles my mind that this president – any president, really – would voluntarily choose to damage one of the fastest-growing segments of our economy,” Tony Clifford, chief development officer of Standard Solar, a leading installer, told reporters. “This decision is misguided and denies the reality that bankrupt foreign companies will be the beneficiaries.”

Suniva and Solar World were not wrong about solar panel dumping: The ITC ruled, unanimously, that the companies had been harmed by low-cost imports, and recommended in October that tariffs be imposed. Under U.S. trade law, the ITC’s recommendation is non-binding. The final decision to impose an import tax fell to the president himself – leading to Monday’s decision.

At first glance, Trump appeared to have been given a golden political opportunity to protect American manufacturers and U.S. jobs. But the big picture is far muddier: Despite manufacturing in the United States, the two companies at the heart of the trade dispute are not American. Suniva, which operates in Georgia, is Chinese owned. Solar World, producing in Oregon, is a German concern. Both operations are highly automated – employing only hundreds of Americans. And both have been kept afloat by large taxpayer subsidies – about which Republicans have long cried foul.

The Solar Boom
If the flood of cheap imported panels harmed a few domestic manufacturers, the same imports created a much greater solar boom in America. Solar energy has become cost-competitive with coal. It is now being adopted even in red states that lack renewable energy mandates – purely on the economics. Florida Power & Light, for example, recently announced it has shuttered an aging coal plant in favor of four new solar farms, featuring more than 1 million panels combined.

The solar industry today employs 260,000 Americans – more than twice the number of jobs in the coal industry – including in unexpected places like Mississippi and Alabama. That total covers more than 38,000 American manufacturing jobs, for workers who make “racking” equipment needed to mount solar panels or high-tech inverters required to integrate solar power to the electrical grid. 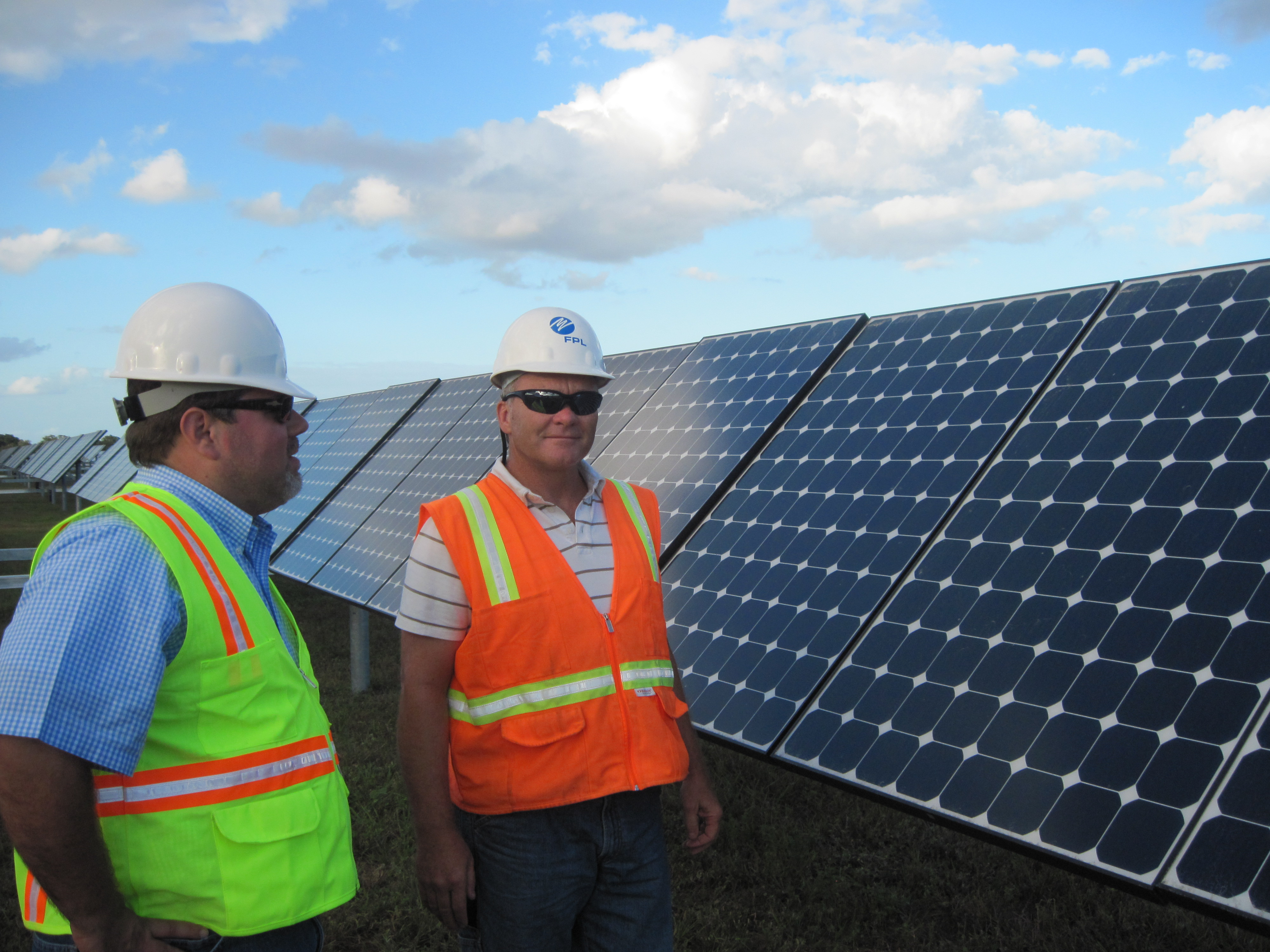 Trump’s “Lose-Lose” Decision
Trump’s solar tariff lasts four years. It starts with a 30 percent tax on imported solar panels in the first year. The tax drops by five percentage points each year afterward. (The decision also allows the first 2.5 gigawatts of imported panels to enter America, tax free – or about a fifth of what the U.S. imported in 2016.)

Trump’s tariff numbers left many in the industry scratching their heads. The tax was lower than what the ITC had advised (up to 35 percent) and the tax-free exemption was more than double ITC’s recommendation. MJ Shiao, a top solar analyst for GTM Research, said that many will see the decision as a “lose-lose”: It will slow solar deployment in America without guaranteeing a future for domestic solar panel manufacturing. (Despite their ostensible victory, both Solar World and Suniva were tepid in their endorsement of Trump’s decision. They had been seeking an import tax of 50 percent.)

A Victory for Coal
In fact, the biggest winner from Trump’s decision appears to be a party that wasn’t involved in the trade case at all: The fossil-fuel industry. According to GTM, Trump’s tariff will block 7.6 gigawatts of solar from being installed through 2022 — roughly twice what’s currently installed in Arizona — primarily by deterring utilities from building new solar farms. In turn, this will extend reliance on older, more polluting generations like coal-fired power plants.

Clean Gigawatts and Jobs Squandered
Trump’s solar tax will cost 23,000 jobs this year, according to the Solar Energy Industries Association, and ultimately prevent 1.2 million homes from being powered by solar. “This case will not keep foreign-owned Suniva and SolarWorld afloat,” argued Abigail Ross Hopper, the solar trade group’s CEO. But it will, she added, “create a crisis in a part of our economy that has been thriving” and “ultimately cost tens of thousands of hard-working, blue-collar Americans their jobs.”

Ironically, Trump’s decision hits workers in “new and emerging state solar markets” in red America hardest, “with southern states like Texas, Florida, and South Carolina among the most impacted by the tariffs,” according to GTM.

Trump’s decision to tax solar power is seen as a betrayal by solar advocates who supported his candidacy. Debbie Dooley is one of the founders of the Tea Party, and was an ardent Trump supporter. (“Tears of joy started falling from heaven right after Trump was sworn in. #MAGA,” she tweeted during the inauguration.)

Dooley is also a solar activist who runs the “Green Tea Coalition,” which promotes solar power as part of a “freedom” agenda. “I strongly oppose this horrible decision,” Dooley tells Rolling Stone, “because it is going to cause many Americans employed by the solar industry to lose their jobs, many of whom are veterans.” While Dooley says she is “very disappointed” in Trump, she remains committed to the solar fight: “The future,” she insists, “is in renewable technology.”